It has been less than a year since the explosion of the Metaverse, and Sanqi Mutual Entertainment, which started as a page game, began to frequently “appear” in the field of the Metaverse after tasting the sweetness of traffic.

First led the establishment of the Metaverse Innovation Alliance, and then the Metaverse Game Art Museum appeared on the other side of the Metaverse art community Meta. In the huge publicity in the early stage, the outside world is full of expectations for the metaverse game art museum.

However, judging from the current visual effects feedback from Meta, this so-called first metaverse game art museum in the country is probably just a gimmick. Many industry personnel also said that such a metaverse art museum and the ideal metaverse still have A big gap, touching the fur at most, not even semi-finished products.

At present, there are not many successful cases in the realization of the Metaverse industry. For the capital market, hyping the Metaverse is more like a stimulant. So, for Sanqi Interactive Entertainment, which is determined to show off its strengths in the Metaverse, such a beginning obviously did not meet expectations. It may not be easy to tell good stories about the Metaverse in the future.

Sanqi Mutual Entertainment’s Metaverse, is it true or false without hype?

In March of this year, the Guangzhou Metaverse Innovation Alliance, jointly initiated by NetEase Zhiqi, Nine Digital and other units led by Sanqi Mutual Entertainment, was established in Chuangxiang Bay, Nansha. The sponsor, Sanqi Interactive Entertainment, issued a proposal on behalf of the new alliance, the core content of which is, “The industry should be based on serving the real economy, resolutely resist the use of metaverse hotspot concepts for capital speculation, and avoid the formation of market bubbles.”

Such a righteous boycott of the Metaverse hype, in less than a month, the Metaverse Art Museum of Sanqi Mutual Entertainment made its debut. With such a combination of punches, there is indeed a taste of no silver 300 taels here.

Regarding Sanqi Mutual Entertainment, although it is already a big game company second only to Tencent and NetEase, its “dark history” that started with page games and “buying volume” will always be mentioned. Although it is currently in the Metaverse The investment seems to be sincere, but the outside world is not very buying.

After all, for Sanqi Interactive Entertainment, which is good at telling stories and concepts, it may be more important to grasp the “metaverse” and deliver good products than to seize the opportunity and create an atmosphere. It’s the best hype.

How far the Metaverse will develop in the future, and how to realize it, does not seem to happen overnight. After all, whether any field can develop rapidly, the development and breakthrough of key and core technologies will take time and accumulation, and it is impossible. It can be solved by finding a few brother companies to form an alliance.

From a commercial point of view, such an alliance is undoubtedly desirable, but from the perspective of subsequent development, in the absence of strong technology, such an alliance may at best be just for fun.

Sanqi Mutual Entertainment also mentioned in the alliance initiative that it is necessary to accelerate the implementation of applications such as industrial metaverse, business metaverse, financial metaverse, education metaverse, cultural metaverse, and big health metaverse.

I mentioned resisting the hype earlier, and later gave the future development direction. No matter how you look at it, I feel that I want to lead the development of the domestic metaverse, but the metaverse is still a concept, and its realization and implementation are unknown. Even the metaverse will use it. The VR glasses that have arrived have not yet achieved real commercial popularization, so it is easier said than done about the complete landing of the Metaverse. 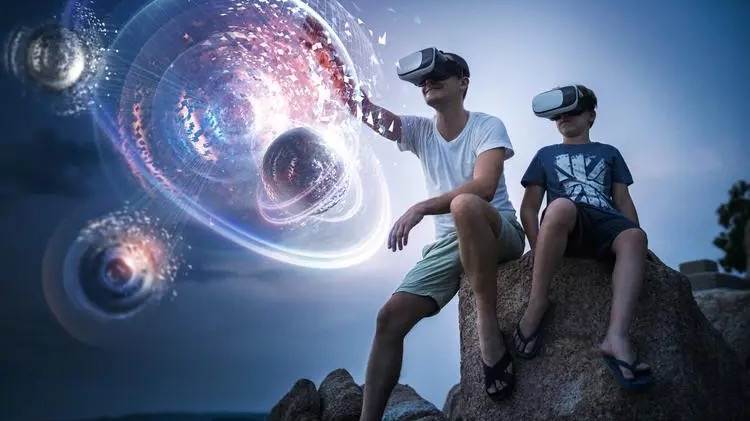 Therefore, for the Metaverse, which has not even formed the underlying core technology, we should focus on the rational use of technology, talents, and capital, rather than talking about future development in a high-profile manner. After all, the future of the Metaverse will depend on the joint efforts of the entire industry. Arrived, Sanqi Mutual Entertainment such a wave of hype, somewhat too much.

The story of the Metaverse, is Sanqi Mutual Entertainment telling it well?

Regarding the Metaverse, it is a virtual reality space in which users can interact with technologically generated environments and other people. Why are the game companies eyeing the Metaverse later, because the game experience brought by the Metaverse seems to have locked in a large number of fans in advance compared to office, social and other purposes. After all, watching the screen upgrade and fight monsters is far less exciting than being there.

However, in order to build such a complete virtual world, it is by no means faster than anyone else. The integration of multiple technologies is fundamental. Perhaps Sanqi Mutual Entertainment knew that there was no way to lead in technology, at least not in terms of speed, and this made a combination of creating an alliance and an art gallery. However, can Sanqi Interactive Entertainment, which has become bigger and stronger by buying volume, really tell the story of the Metaverse? The answer is obviously no.

First of all, although Sanqi Interactive Entertainment has begun to deploy in the metaverse field, investing in high-quality upstream and downstream enterprises in the industry chain including optical modules, AR smart glasses, cloud games, etc., but judging from the response of its metaverse art museum, it is not Ideal.

This is related to the “birth” of Sanqi Mutual Entertainment. This is a game company that is good at the traditional skills of “buying volume and rolling clothes” with the “Page Tour” label on its head. Although it has achieved the position of the third largest listed company, it has insufficient original ability. has been criticized by the outside world. Therefore, converting the Metaverse track, unable to make good original products, and profiting only by hyping the concept of the Metaverse, will probably not go long.

Secondly, in the Metaverse’s outlet, there are many companies that want to take advantage of the Metaverse’s popularity. Although the capital market is happy to see such a situation, it is impossible for the regulatory authorities to sit idly by. At present, listed companies have been issued letters of concern by the Shenzhen Stock Exchange for disclosing to investors that they “have a user base for Metaverse product development” and “have established a special working group for the direction of Metaverse”.

After that, it can only be replied that there is great uncertainty in all the conception and implementation of the metaverse. Under such high regulatory pressure, if Sanqi Mutual Entertainment wants to hype and build momentum, it will definitely not be smooth sailing. When the limelight of Metaverse is over, the market still depends on the product. 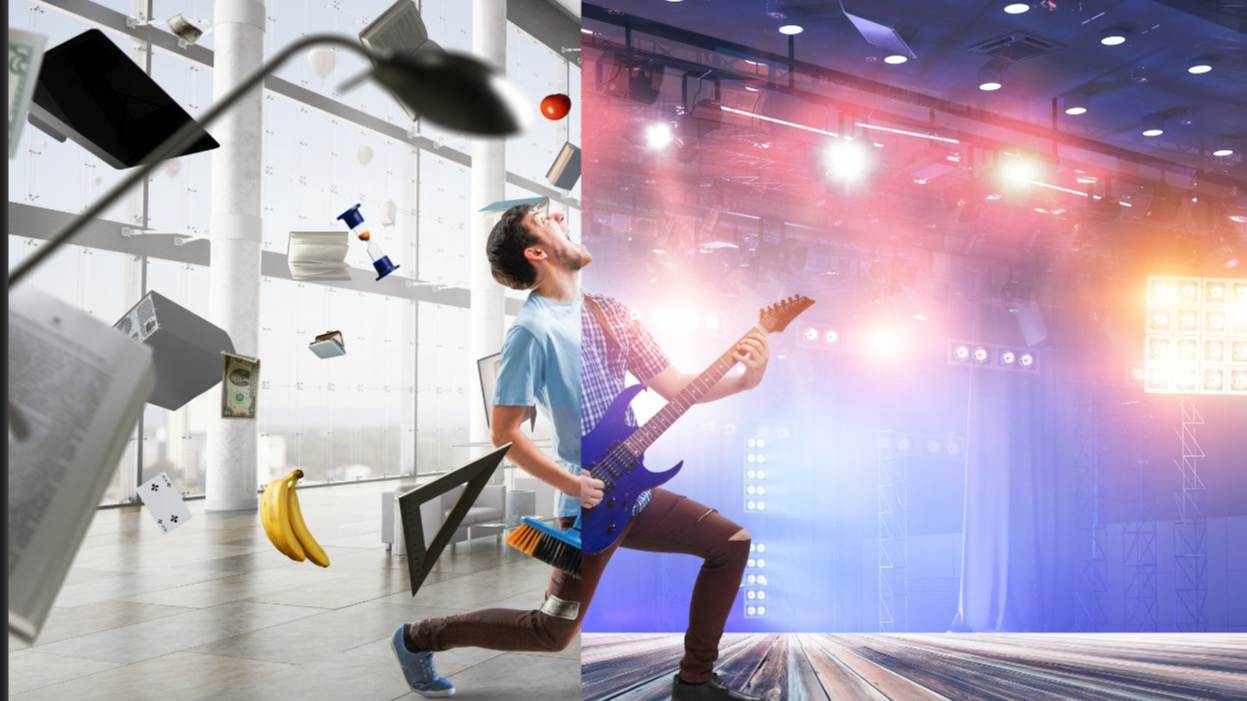 Finally, it is also a common problem brought about by the sudden explosion of the metaverse. What is the metaverse? I am afraid that only the first- and second-tier cities are paying attention, and almost no third- and fourth-tier cities are sinking. Moreover, so far, there has not been a product that conforms to the concept of the Metaverse. It may take a long time until the Metaverse is truly realized.

The crowded Metaverse track, Sanqi Entertainment has no chance of winning

After Facebook changed its name to “Meta” to launch the Metaverse, and Microsoft announced its official entry into the Metaverse, the domestic Metaverse market was boiling, and domestic technology giants such as Huawei, “BAT”, and ByteDance also stepped into the game, and Sanqi Interactive Entertainment followed suit. Compared with these big coffees, in addition to their courage, it seems that they have not been able to take the lead.

In fact, the explosion of the cloud universe is inseparable from the success of Roblox. Tencent is well-deserved to seize the opportunity. Tencent established a strategic partnership with Roblox long before it went public. The two parties formed a joint venture company in 2019 to jointly create Roblox’s national service version – “Roblox”.

In addition to Tencent, NetEase launched the “Beaver Project” original game community, aiming to provide low-threshold game development tools. In addition, in the “2020-2021 Metaverse Development Research Report” by Tsinghua University, Mihayou and Lilith were also included in the five typical enterprises of the Chinese Metaverse. The former threatens to create a virtual world in which one billion people around the world are willing to live in 2030, while the latter is developing a UGC creation platform that benchmarks against Roblox.

Not only that, the domestic metaverse + game track has also taken shape. Many projects have been implemented, such as Baidu Leitzgou, Ali Ant Chain “Xianjian Yuan Universe” (under research), Baotong Technology “Final Front”, Huawei “Starlight Tower” and other projects have been realized. 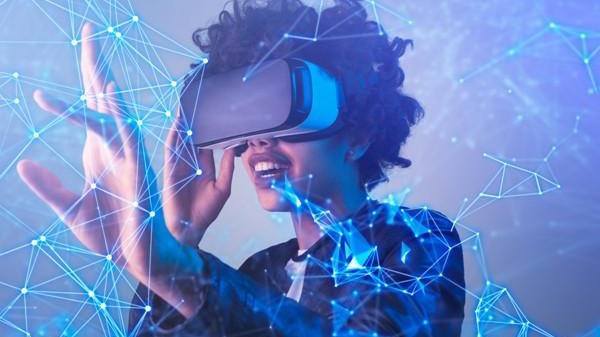 Compared with the beginning of the domestic metaverse market, foreign metaverses, such as Roblox, are very mature. Roblox was founded in 2006 and launched in 2021. It has been developed for 5 to 6 years.

In this way, cooperating with the world’s leading players and doing research and development down-to-earth seems to be the correct way to enter the Metaverse. The various investment layouts of Sanqi Interactive Entertainment, the Metaverse Innovation Alliance and the Art Museum are not only in the Metaverse. The hype of the concept of the universe may have no other substantive meaning and progress.

Therefore, for Sanqi Entertainment, which is still in the stage of determination in the Metaverse, if we want to stand on the Metaverse track, we really have to start with our core competitiveness, with less luck and more sincerity.

At present, the domestic Metaverse market is booming. The Shanghai Municipal Government released the Action Plan for Cultivating the New Track of “Metaverse” in Shanghai (2022-2025), which stated that it will focus on cultivating a group of brands with strong appeal and international competition. Power’s original meta-game is obviously an opportunity and a challenge for Sanqi Mutual Entertainment.

As mentioned above, although Sanqi Mutual Entertainment claims to stay away from hype and packaging in the layout of the metaverse, in fact, it is difficult to escape industry gimmicks that overwhelm the actual common problem. Therefore, under the trend of the metaverse gradually turning from fiction into reality, how it implements its vision will also be full of variables.

Looking at the domestic metaverse environment, everything is ready, only the east wind is owed. From an objective point of view, the determination and attitude of 37 Interactive Entertainment to impact the metaverse market are very much in line with the preferences of capital, and whether the follow-up can stand out depends on the breakthrough of core technology. For Sanqi Mutual Entertainment, which lacks original ability, it remains to be seen whether it can successfully pass the test. However, Sanqi Mutual Entertainment, which embraces industry trends and has seen the future, will naturally not sit still and let these become obstacles. Therefore, its future development will still be full of expectations.

This article is reproduced from: http://finance.sina.com.cn/tech/csj/2022-08-17/doc-imizirav8453832.shtml
This site is for inclusion only, and the copyright belongs to the original author.