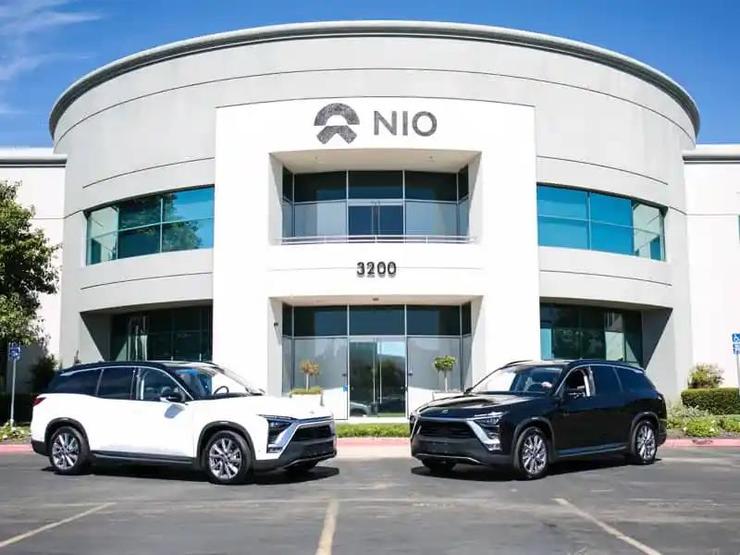 In the past half month, Li Bin has been a little busy.

A week ago, foreign media reported that NIO CEO Li Bin and several senior executives visited the North American headquarters to learn about NIO’s preparations for autonomous driving and charging and battery swapping in the United States, and visited with NIO’s US real estate head Scott Lifschultz. Construction site of the first NIO House in the United States.

NIO has previously announced that it plans to enter the U.S. market in 2025 and deploy its first battery swap station in the country in November this year.

In order to proceed smoothly with the plan, at the beginning of this year, Weilai also leased a new 201,500-square-foot building to support research and development, testing, assembly and operation, and the lease term is until 2032.

More importantly, a person familiar with the matter told Xinzhijia that Weilai is currently increasing its recruitment efforts at the US headquarters and restarting the research and development of autonomous driving.

However, the person familiar with the matter also revealed, “The grassroots employees are able to dig, but the supervisors are not good at digging. At present, the Chinese concept stocks are good, and (WenRuan Zhixing) may also have a listing plan.”

NIO’s North American Silicon Valley headquarters was established in 2015, with a staff expansion of up to more than 1,000 people. However, after several rounds of staff reduction, its intelligent driving team of more than 200 people also sought Momenta’s acceptance and was rejected, and later fell into a situation of dissolution.

Just last month, Weilai’s North American headquarters began posting job vacancies on LinkedIn. Currently, there are as many as 60 positions being recruited, most of which are engineer positions.

Although NIO has not clearly disclosed its specific plan to enter the US market, it has recently made frequent moves in the North American market, and its motives seem to be very clear, that is, to prepare for entering the US market.

As for the tariff issue, some people close to Weilai said that Weilai has not yet figured out what to do. He guessed: (Wei Lai) should not pull the whole car over, it is more realistic to assemble it locally in the United States. Just like when Tesla first started in Europe.

Reach out to the US market

Occupying the domestic market and going overseas to the European market, Weilai’s ambitions obviously do not stop there.

As early as the NIO Day held in December 2021, NIO said that it plans to conduct business in more than 25 countries and regions by 2025, including the United States, Australia, France, Japan and other countries.

Today, the plan to capture the US market has moved from the “on paper” stage into reality.

A week ago, Li Bin visited the construction site of the first NIO House in the United States, which was an important step in capturing the American market. Li Bin and his party took this photo during the visit. The photo shows that the entourage (from left to right) includes an employee, the head of the renovation contractor, the real estate agent Scott Lifschultz (Head of NIO US Real Estate) and Li Bin assistant.

Filmed at 48 Stockton Street in San Francisco, the new NIO House is very close to Chinatown. According to the 2015-2019 American Community Survey, Chinese are the largest Asian-American group in the city, making up more than 20 percent of San Francisco’s population.

Separately, NIO has leased a new area behind its existing headquarters in San Jose, California, where the first battery swap station will be installed and tested in November. There are currently 4 NIO ES8 models for road testing in San Jose without NAD enabled.

There are various indications that Weilai has reached out to the US market, and the plan has been progressing in an orderly manner.

In the field of the automotive market, everyone is looking forward to occupying the market first and gaining the first opportunity for development, but NIO’s layout in the US market appears to be courageous both inside and outside the industry.

This is mainly because the US market is not friendly to local car manufacturers, and it can even be said to be the most difficult bone to crack.

On the one hand, the “exclusiveness” of the US market is obvious.

In the early years, the United States insisted on establishing trade barriers, and auto companies faced higher tariff policies when going overseas to the US market. The costs related to tariffs increased the expenditures of large and small auto industry companies and squeezed their profits.

In August of this year, the U.S. government implemented a larger tax credit for electric vehicles produced in American union workshops, causing huge dissatisfaction among many overseas auto companies.

Throughout the US domestic market, Ford, Volkswagen, Tesla, etc. occupy a huge market share in the US electric vehicle market, and will continue to erode the US auto market.

It is not an easy task to conquer the US market, but it is clear that Weilai’s determination is not small.

Early layout of the European market

Last week, a video leaked on social networks showed more than a hundred NIO ET7 devices in the port of Shanghai waiting to be shipped in batches to Europe, where NIO will expand in the coming months. This means that in addition to preparing to enter the US market, Weilai is also increasing its layout in the European market.

Weilai’s layout in the European market can be traced back to earlier.

On September 30 last year, after NIO ES8 was launched in Norway and user delivery was started, on August 15, 2022, NIO’s second NIO charging and swapping station in Norway was officially launched.

According to foreign media reports, after entering Europe through Norway, NIO will enter the market of nine European countries including Austria, Belgium, France, Hungary, Italy, Spain, Switzerland, Portugal and the Czech Republic in 2022.

As a new power brand in my country’s automobile industry, NIO has been firmly in the first echelon of new power brands all year round, and has shown a strong latecomer strength in the new energy vehicle market. While its domestic development is progressing steadily, NIO is actively deploying overseas markets.

As far as the domestic market is concerned, foreign brands headed by Tesla, traditional car companies and new power brands headed by “Weixiaoli” continue to increase their bets, disrupting the arena of new energy vehicles.

The domestic market is highly competitive. If you limit your vision to the domestic market, the market share that can be seized is very limited. In addition, if you want to build the influence of your own brand, the development of auto companies must adopt an international strategy.

It is not a new thing for local car manufacturers to go overseas. As early as the early 21st century, the wheels of Geely, Chery, Great Wall, ZTE and other independent brands have been heading to overseas markets. Local car companies have become a general trend to go overseas, and NIO is an early deployment overseas. market players.

Norway has become the first stop for NIO’s overseas strategy.

These policies undoubtedly provide fertile soil for the development of pure electric vehicles in Europe.

Norway is located in Europe, but it is also a non-EU country, so it is more popular in the overseas strategy of local car manufacturers.

As a non-EU country, Norway’s requirements for auto companies are not so high. In addition, the Norwegian government strongly supports the development of new energy vehicles in many aspects, reducing the overall difficulty of auto export. As a result, Norway has become a forward-looking test field for a number of local car manufacturers to step into Europe.

This is why NIO also chose to open up the European market through Norway.

The development of new energy vehicles is not only about product competition, but product sequences and related services have become effective competitiveness in the global new energy vehicle market. In the Norwegian market, NIO not only sells cars, but also provides comprehensive energy services, including car-electric separation, battery rental, rechargeable, replaceable and upgradeable services.

It is understood that Weilai’s move is not aimed at short-term sales, but to expand the brand’s global influence.

This series of operations may become a sample precedent for NIO to expand overseas markets. With the further expansion of overseas markets, more models of NIO are also going abroad.

Not long ago, NIO officially announced that the ET7 model will be open for booking and delivery in Germany, the Netherlands, Denmark, Sweden, Norway and other countries this year.

Up to now, the models sold overseas by NIO mainly include ES8 and ET7.

From the European market to the U.S. market, NIO’s globalization strategy is advancing steadily. Compared with the European market, the U.S. market is obviously more difficult and faces more problems. However, the development of the automobile market has always been unpredictable. It is difficult to say whether the success or failure of capturing the US market is at present. You might as well calm down and watch NIO’s next moves.

This article is reproduced from: https://www.leiphone.com/category/transportation/FigZdcDt4BegJnfy.html
This site is for inclusion only, and the copyright belongs to the original author.