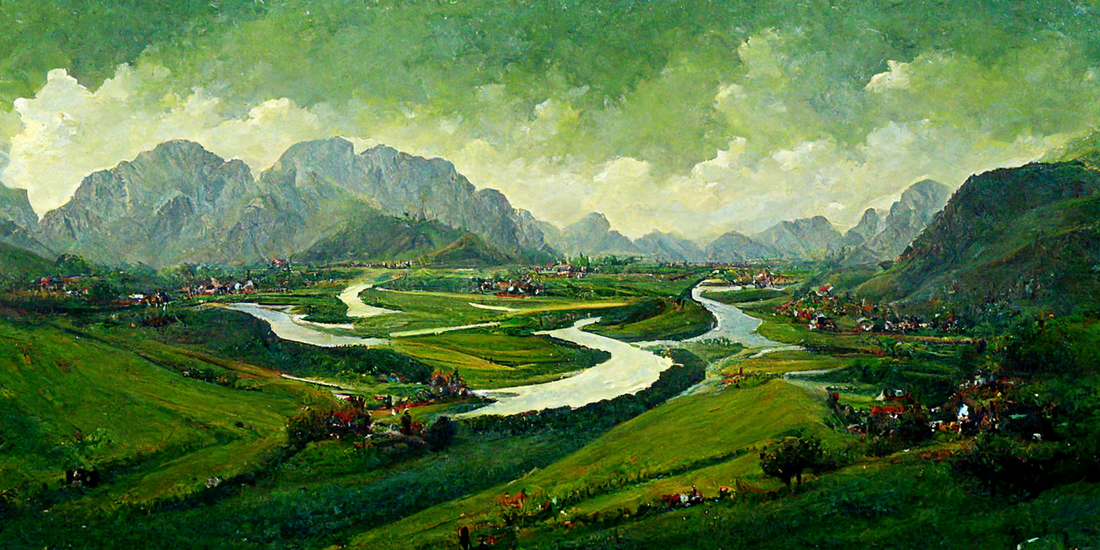 Concept art made with MidJourney
Recently, I read Zane Austen’s article Sovereign Unicorns: Jiaolong, A $1 Billion Private City in China . He introduced Jiaolong, a private enterprise that has built a private city in China from scratch in just a few years, with $3.2 billion annually in GDP and 120,000 citizens now.

Even since the Chinese economic reform, hundreds of new models of developing villages, towns and cities have sprung up like mushrooms in this land of miracles. We heard about the fast growth of tier-one cities like Shanghai , Beijing , Guangzhou and Shenzhen , and we might not be familiar with hundreds of other examples like Jiaolong.

Here are three stories of small Chinese villages from which we might get inspiration and learn lessons to build a startup society .

Caoxian County: $8 billion in e-commerce transactions in one year with 200,000 entrepreneurs

Initially, people thought the online influencer’s local accent and content were funny. And then, they realise that this tiny small town supplies more than 90% of the coffin in Japan and shares one-third of China’s entertainment and cosplay production.

The governor of Caoxian ran a live streaming e-commerce channel to help sell costumes for her village. Her fame brought her 3,000 clothes record-sale in half an hour. The continuous success attracted 50,000 talents to return to their hometown to run online businesses.

While Americans are exiting San Francisco to pursue more livable places under the Great Resignation and remote working trend, the same situation of Exiting Beijing, Shanghai and Guangzhou is happening in China. Caoxian County is a good case study of how an unknown small town can compete with big cities with digital transformation.

Huaxi Village: The rise and fall of the “richest village in China” 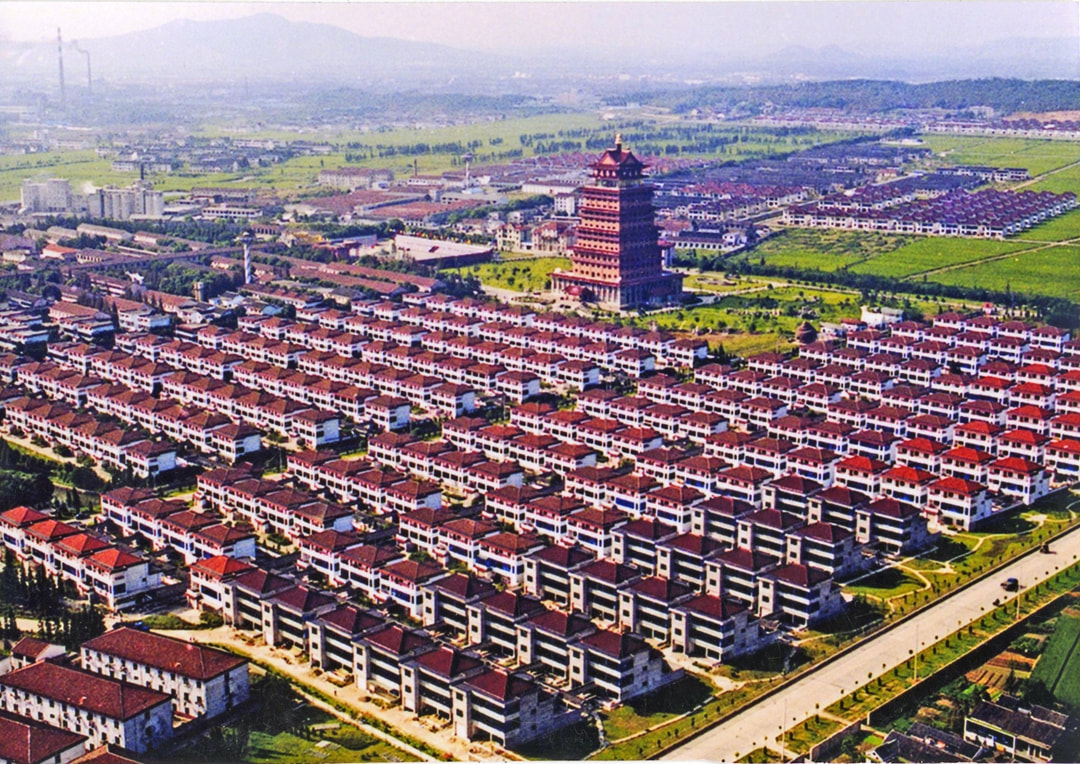 Huaxi Village
Huaxi Village was founded in 1961 and claimed to be the “Number One Village Under The Sky”. When Deng Xiaoping announced China’s reform and opening policy, the village leader seized the opportunity to develop its iron and steel industry and achieved rapid growth.

In the early 21st century, there were over 100 companies under the Huaxi Group, including iron and steel, tobacco, and real estate. Later, Huaxi Group began to get involved in banking, securities, and insurance, purchased shares from multiple listed companies and expanded the business into emerging markets such as online games and e-sports.
â
By 2004, the average annual income of villagers had reportedly reached over 122,000 yuan ($18,000), forty times that of most farmers in China. Two thousand villagers have lived in 400-600 square meters villas, had 1- 5 million yuan deposits in the bank and 1-3 cars per household, and enjoyed generous social welfare schemes. Huanxi Village was all over the press and regarded as the wealthiest village in China.

However, after the village leader Wu Renbao died in 2013 and his son took over, the village’s economic takeoff appears to have crash-landed. Soon, Wu’s four sons and their relatives took over Huaxi Group’s major position and controlled the finance. Last year, Huanxi Group reported that the village had gone into 6 billion USD in debt. Hundreds and thousands of migrant workers had no share in the above benefits as villagers had and just left.

How Huaxi Village could find a sustainable development path to go through the credit crisis and brain drain problem is undoubtedly worth watching.

Jiuxing Village: The first “Market Village in China” with all villagers as shareholders

Mock-up of the new development in Jiuxing
At the early stage of China’s reform and opening up, Jiuxing was a typical rural villageï¼ remote location, inconvenient transportation and in extreme poverty. In 1994, the village leader Wu Enfu proposed to build a farmers’ market in Jiuxing because the only advantage of this village was its location: within the outer ring of Shanghai, where he could call for villagers to serve Shanghai people’s needs.

At that time, Wu Enfu calculated the project’s estimated cost of about 970,000 yuan ($144,000). However, no one would like to invest in this poor village with a debt of 17.8 million yuan ($2.63 million). Wu Enfu lobbied everywhere and finally persuaded a company where his friend’s daughter worked to lend him 1 million yuan.

In 1995, Jiuxing Farmers Market was officially opened and attracted many neighbourhood buyers to purchase agriculture products, domestic food, hardware and construction materials. Within one year, Jiuxing paid off its debt and started to expand in scale. Wu’s strategy was to turn every villager into shareholders and get involved in the fast-growing phase of village development.

In 2021, Jiuxing became the largest building materials and home furniture trade centre, thanks to its unique location and hardworking villagers. Nowadays, the village has nurtured more than 500 multi-millionaires and more than 4,000 business owners with over 30 billion yuan ($4.44 billion ) in annual transactions.

A network state is a social network with a moral innovation, a sense of national consciousness, a recognized founder, a capacity for collective action, an in-person level of civility, an integrated cryptocurrency, a consensual government limited by a social smart contract, an archipelago of crowdfunded physical territories, a virtual capital, and an on-chain census that proves a large enough population, income, and real-estate footprint to attain a measure of diplomatic recognition.

The above case studies are certainly not a network state or startup society, but they provide a few lessons for us to learn about the importance of digital transformation, a recognised founder and a capacity for collective actions.

As the article I shared at the beginning said, those unknown case studies “pioneer a shared-sovereignty model where the state and entrepreneurs are not pitted together but work in tandem to create new cities, and eventually, new countries”.

We gain new perspectives through learning from others’ success or failure stories. I’m looking forward to participating and watching those startup society protocols grow and develop in the near future!

This is essay 2 of 4 essays for 1729 Writers Cohort #2. 1729 Writers is a group that writes to build on ideas related to Balaji Srinivasan’s new book The Network State .

This article is reprinted from: https://www.camelliayang.com/blog/startup-villages-three-stories-from-unknown-chinese-towns
This site is for inclusion only, and the copyright belongs to the original author.