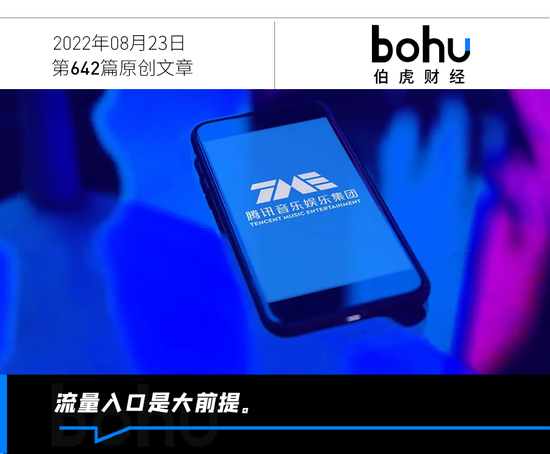 In June 2021, Tencent Music Entertainment Group (NYSE: TME, hereinafter referred to as “Tencent Music”) announced the largest organizational structure upgrade since its establishment, and determined the “one body and two wings” strategic layout with content and platform as the two cores.

Looking back a year later, it worked, but not much.

After the financial report was released, Tencent Music’s US stock rose more than 3% after the market. This is largely because compared with the first quarter, the second quarter achieved certain results in reducing costs and increasing efficiency, which stopped the decline.

However, from a business point of view, the social entertainment service revenue of the “cash cow” business continued to decline, with a decline of 20.4% year-on-year, roughly flat with the first quarter; online music revenue was 2.88 billion, a year-on-year decline of 2.4%. The monthly active users of the two major sectors decreased by 4.8% and 20.6% year-on-year respectively.

After the industry entered a period of adjustment, Tencent Music has done everything it can, but apparently has not found a way to return to growth.

For a long time, Tencent Music has been called China’s Spotify because of its absolute market position. However, unlike overseas music streaming giant Spotify, where more than 80% of its revenue comes from subscription revenue from paid users, over 60% of Tencent Music’s revenue has long been contributed by its social entertainment business, including online live broadcasts and online K-songs.

The prospectus of Tencent Music when it went public in 2018 shows that more than 70% of Tencent Music’s revenue comes from the social entertainment business sector – online live broadcast and online K song.

The main logic is that, compared with ordinary users, the “big buddies” are more willing to spend money.

Guided by charts, PK, etc., with the full support of the big guys on the list, even this quarter’s social entertainment ARPPU (average revenue per paying user) can be 169.9 yuan, and the online music payment business is only 8.5 yuan.

But at the moment, the social entertainment business, which is mainly based on the live broadcast of the show, has begun to fail.

On the one hand, there is market competition. The rise of short videos has squeezed people’s time wildly. In one year, Tencent Music’s monthly activity fell by one-fifth. The second quarter was also the sixth consecutive quarter in which the service’s paying users declined.

On the other hand, regulatory pressure is also increasing.

In May of this year, four departments including the State Administration of Radio, Film and Television issued the “Opinions on Regulating Online Live Rewards and Strengthening the Protection of Minors”, which specifically emphasized that websites and platforms should cancel all the reward lists within one month of the publication of this opinion, and prohibit the Ranking, draining, and recommending network anchors based on the reward amount as the sole basis, and it is forbidden to rank users based on the reward amount. 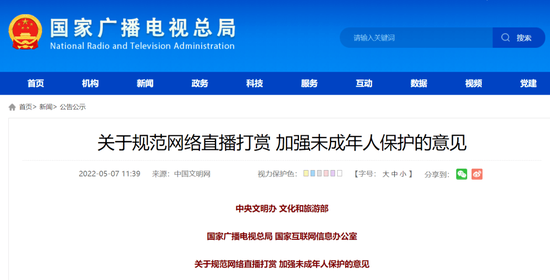 When the “big guy on the list” is no longer the number one, the live broadcast business of the show is not far from pulling the hips.

Therefore, in the second quarter, Tencent Music put more energy on increasing subscription fee revenue. The main measure is to abandon the increase of subscribers through promotions in the past, and instead provide more services for “loyal users” under the background of peak user growth, so as to optimize the music subscription model and increase the ARPPU of the single payment amount.

For example, on February 25, QQ Music launched the “Super Membership” service in the latest version, the price is 40 yuan a month, 348 yuan a year, the content provided not only covers the luxury green diamond membership function, but also unlocks paid digital albums. Watch online performances and more.

Secondly, for those who cannot be converted into paying users, Tencent Music adopts a free listening model based on incentive advertising. For example, in January this year, QQ Music launched the function of listening to songs for free by watching advertisements. If you are not a paid member, you can choose to watch a 15-second advertisement on the platform, and then you can listen to songs for free for 30 minutes, including members’ songs that could only be auditioned for more than ten seconds before. .

According to the official disclosure of the conference call, the revenue of this model has been able to account for 10% of the overall advertising revenue.

Therefore, from the financial report, we can see that Tencent Music’s ARPPU has risen from 8.3 yuan last month to 8.5 yuan, and the profit margin has increased by 1.5% compared with the first quarter.

Making a fuss from music subscription services can certainly increase profitability to a certain extent, but it is difficult to see growth points, because even Spotify has not yet proved that this model can work.

In the second quarter of this year, Spotify operated through one pass, increased prices and increased marketing expenditure, and the payment rate also ran to 43.4%, but instead it turned from profit to loss, and the net loss increased from 20 million euros in the same period last year to 125 million this year. EUR.

In addition, with the advent of the era of copyright “breaking independence” in the industry, Tencent Music’s past copyright advantages will no longer exist. In the future, at the level of paid subscriptions, it is difficult to say whether Tencent Music can continue to grow.

Don’t be a “second-hand dealer”

Some people in the industry believe that the biggest problem with the failure of the paid subscription model is that the copyright owner is too strong, and the platform can only be a cost center, not a profit center.

Universal Music once said: “Even if Apple Music and Amazon Music eat into Spotify’s market share, we will still not be affected; we will be invincible in this competitive situation no matter what.”

In Bohu Finance’s view, this view is not entirely correct. For example, the long-form video platform that holds a large number of copyrights is still in the quagmire of profitability. However, doing a good job in content, whether it is copyright distribution or content exclusiveness, is beneficial to improving Tencent Music’s own profitability and moat.

At this point, Tencent Music focuses on the ecological synergy with the group, one is to focus on the creation of original music content, and the other is to cut into the long audio track.

During this conference call, Tencent Music specially mentioned the game IPs such as “Honor of Kings”, produced 15 popular game songs, and also cooperated with Tencent Sports to launch the Chinese theme song “Time To Shine” for the NBA Finals. In addition, it is also actively cultivating a group of independent musicians. According to 2021 data, there have been more than 300,000 independent musicians on the Tencent Music platform.

Even with the help of Tencent’s internal ecology, this kind of cooperation is too vertical, and there may be explosive models such as “The Lonely Brave”, but most of them are limited to the field and have limited impact.

At the same time, the improvement of this original content catalog will inevitably take time to accumulate, and it will not be able to achieve as extensive and huge influence as Universal Music and other copyrights in a short period of time.

As an ecological supplement, the long audio track, relying on the content side advantages of Tencent Video and China Reading Group, Tencent Music launched in April 2021 Lazy Listening is the peak of its debut, and Tencent Video jointly promoted “The Sword in the Snow” The cumulative playback volume of the audiobook “Xing” has exceeded 140 million, and the monthly active users in the fourth quarter of 2021 have exceeded 150 million. At that time, the pioneer of long audio, Himalayas, had only 116 million monthly active users.

Although the scale of online audio users in China has maintained a compound annual growth rate of 12.5% ​​since 2018, the future can be expected. However, the scale of the long audio track industry is relatively small. The current scale is only 12.3 billion, and the threshold is low. There are many players. In addition to Himalaya, there are also many players such as Dragonfly FM, Litchi FM, and Koala FM.

At the same time, the industry has not yet established a mature business model, and players including Litchi FM, which has already been listed, cannot yet achieve stable profits. In addition to audiobooks, new gameplays such as podcasts and audio live broadcasts are emerging one after another, which has also intensified the competition for long audio tracks.

Therefore, the construction of content is more inclined to the medium and long term, and it is difficult to understand the urgent needs of current growth.

Correspondingly, in terms of user growth, even from the perspective of the whole industry, it is not optimistic. According to a report released by CNNIC, since the second half of 2020, the growth rate of industry users has dropped below 5%, and the figures for 2020 and 2021 are 3.8% and 5.0%, respectively.

At the end of 2021, TMEA announced the selection of the “Top Ten Chinese Songs” in 2021, and the social network was suddenly in an uproar. Not because these songs are not popular enough, but because most of them come from a short video platform. QQ Music and NetEase Cloud Music have playlists with the keyword “Douyin”, which are played hundreds of millions of times.

The blessing of short videos to the music industry is evident. According to the “2021 Chinese Musicians Report”, among the 1,000 musicians interviewed, 33.37% believe that Douyin is the digital music platform with the best promotion effect.

At the beginning of this year, ByteDance launched the music player “Soda Music”, which is mainly aimed at music trends and young people. It also upgraded the service platform for musicians to “Hot Galaxy” to compete for music creation talents. According to relevant media reports, Byte has established a music division this year. 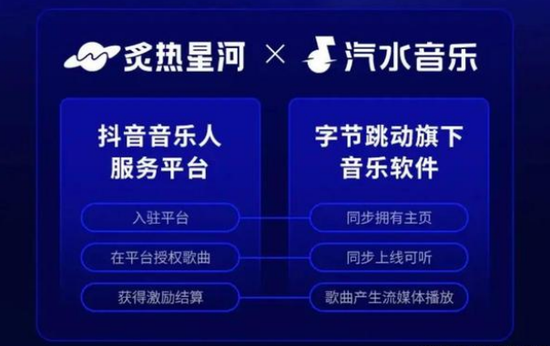 Therefore, whether it is its own business as a “music player” or exploring other new models of music payment, in the context of peak user growth and user time being squeezed, the premise of Tencent Music’s success is to find or become a traffic portal.

Tencent Music is relatively lucky to be able to catch the video number that Tianfeng Securities calls Tencent’s last ticket to short videos.

Since the beginning of this year, online concerts have been screened many times. Including “Leslie Cheung’s 2000 “Enthusiasm” concert ultra-clear restoration version on April 1, and on April 15, Cui Jian’s “Continue to Sprinkle Wild” online concert exclusively named by Jihu Automobile.

The two shows had 17.4 million and 46 million views, respectively.

This article is reproduced from: http://finance.sina.com.cn/tech/csj/2022-08-23/doc-imizmscv7438592.shtml
This site is for inclusion only, and the copyright belongs to the original author.