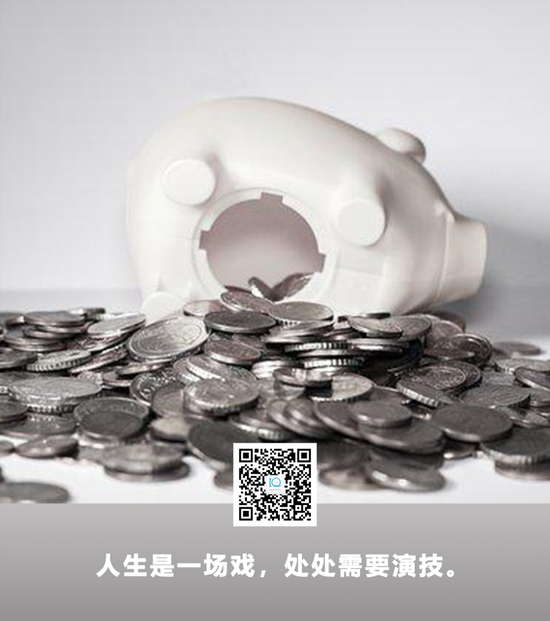 Show a tangled attitude when ordering Luckin, and you may get a discount for it.

Recently, Pan Ge actually measured the “actual ordering” rumored on the Internet, and got a coupon from Ruixing Coffee, not once, but twice.

As long as you let Ruixing feel your entanglement when ordering in the applet, then the other party may take the lead in breaking the defense and take the initiative to give you bigger coupons, many “wait for the party”, so it has become a money saver .

However, Brother Pan also found that the problem of different prices in different stores of Ruixing still exists today. Those coupons obtained by acting may be wasted because of the difference in Ruixing storefronts.

At the same time, the prices of Ruixing products in the same store sometimes differ, and an oolong incident is staged. Luckin’s ordering seems to be gradually becoming a metaphysics; it may not be easy to pick up Luckin’s wool.

Recently, with the help of a friend, Pan Ge experienced an acting order of Luckin Coffee.

After entering the Luckin WeChat applet, Brother Pan added all the three products he wanted to drink to the shopping cart, and then entered the checkout page; after entering, do not pay immediately, but stay on the page for about a minute, and then exit directly.

After exiting, Brother Pan waited for a while, then entered the WeChat applet again, entered the settlement page again, still only waited, did not pay, and then relentlessly exited.

After the play of “I still don’t drink in the end”, Brother Pan began to wait for Ruixing’s statement.

Unsurprisingly, Luckin Coffee couldn’t sit still at first. Through WeChat, it sent Pan Ge a coupon of 9.9 yuan for a specific product, and invited Pan Ge to join the Luckin Store Welfare Group; in the group, Pan Ge got two 4.8% off coupons, which is more than Pan Ge’s previous coupons. 50% off coupon for full two cups, even cheaper. 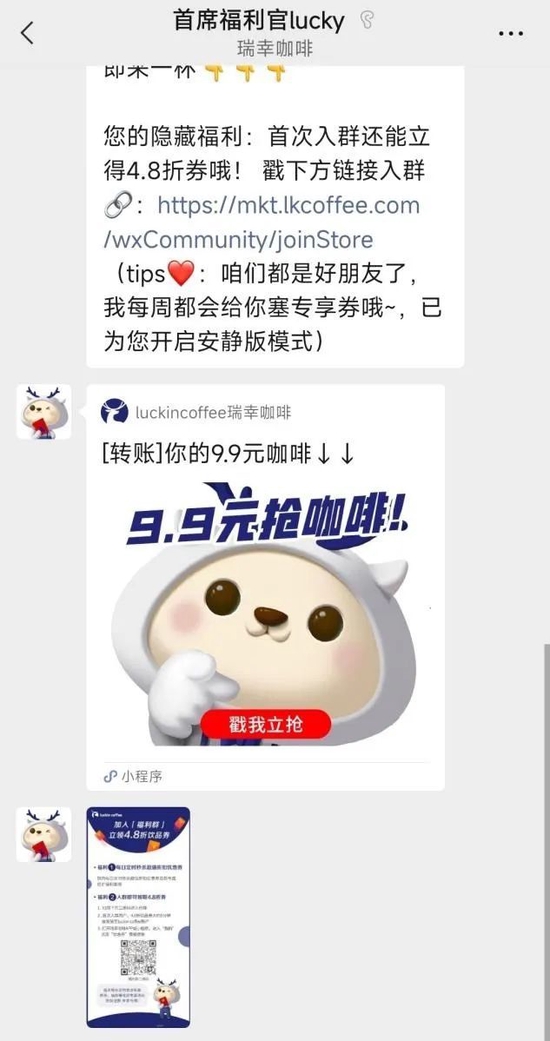 After feeling Ruixing’s sincerity, Brother Pan opened the WeChat applet again and entered the settlement page, but found that after the new coupons, the total price of the three items did not change.

Confused, Brother Pan hurriedly checked the rules for using the new coupons, only to discover that the new 4.2% discount coupons not only had various restrictions on the products that could be used, but also stipulated that only one product could be used.

Does the actor have a discount?

Brother Pan, who has the spirit of study (definitely not because of being stingy), will of course not just accept it just because it is 0.64 yuan cheaper.

So, Brother Pan entered the Ruixing WeChat applet again, and re-operated the acting ordering process mentioned above twice. I thought that this time, Ruixing would feel the poverty and entanglement of Brother Pan, and send more suitable coupons, but the other party was indifferent and did not send any more preferential information.

Brother Pan was discouraged, thinking that his acting skills were not pure enough, and this time he was not recognized by Ruixing. But what I didn’t expect was that the next morning, the surprise really came again. Ruixing gave Pan Ge a 4.5% off limited drink coupon, which was much cheaper than the previous 4.8% discount coupon.

Pan Ge entered the Luckin WeChat applet and found that after the new 4.5% discount limited drink coupon, the raw coconut latte in the shopping cart became 14.4 yuan a cup, which was 0.96 yuan cheaper than yesterday’s 15.36 yuan; A cup of 16 yuan, a full 1.6 yuan cheaper.

Brother Pan, who felt the joy of the price reduction, was pleased that his acting skills were finally recognized by Ruixing, but also seemed to have discovered a bug in Ruixing Coffee: as long as the other party feels entangled, you seem to be able to get more discounts.

In this regard, Brother Pan couldn’t help but guess: If we continue to order theatrically, will Luckin still have more suitable coupons to send? Is it true that the longer the hesitation is, the greater the discount of Ruixing?

Regarding the above conjectures, Pan Ge consulted the official Ruixing Coffee, but so far, the other party has not responded.

For those who often drink Ruixing, acting-style ordering seems to allow people to get some small discounts. But some people may not know that the choice of Ruixing stores when ordering will also affect the final price.

However, when Pan Ge switched the store to another Luckin store about 3 kilometers away, the total price of the three items became 48 yuan.

There is no change in any products, no new coupons are used, just switch a store, the price is 3 yuan less, and the money saver Pan Ge can’t understand it.

The IQ Tax Research Center once questioned this phenomenon in the article “The price of Ruixing coffee has become a mystery” . At that time, a clerk said that this was because Ruixing’s stores were divided into first-level stores and second-level stores, and the prices of different levels of stores would be different.

However, do different levels of Luckin stores have differences in store decoration or in logic of location selection? Not only consumers like Pan Ge can’t see it, but Ruixing officials have not made a clear explanation.

Luckin products in different stores sometimes have different prices; within the same store, there are sometimes price oolongs.

However, after a night of inactivity, Brother Pan entered the applet again the next day, and found that the total price of the three items had turned into 57.8 yuan.

The products have not been exchanged, the coupons have not changed, and the stores have not been switched. Brother Pan just took a nap. The total price of the three Luckin products was 6.8 yuan more expensive than yesterday.

Brother Pan, who looked confused, thought that he had not woken up yet, and his eyes were wrong. However, when Pan Ge emptied the shopping cart, exited the WeChat applet, and then re-entered and selected, the total price of the three items became the same as yesterday, back to 51 yuan.

Brother Pan, who was baffled, the only reasonable explanation for this was that the applet of Luckin Coffee might have a bug at that time.

However, if it wasn’t for the price comparison yesterday, Brother Pan probably wouldn’t have found this bug. Those who don’t pay much attention to the price, will they spend an extra 6.8 yuan on it?

In this way, the commodity price of Ruixing Coffee is now gradually becoming a metaphysics. In this regard, Pan Ge calls it Schrödinger’s Ruixing price, that is, before comparing the price with others, you never know whether the cup of Ruixing you ordered is cheap or expensive.

After all, some people can obtain greater benefits by relying on their acting skills; those who do not like acting may pay more. Just like our life.

This article is reproduced from: http://finance.sina.com.cn/tech/csj/2022-08-19/doc-imizmscv6827520.shtml
This site is for inclusion only, and the copyright belongs to the original author.