Han Leiyan, deputy director of the Digital Department of Three Gorges Energy Technology, said that this is their first project in the field of hydrogen energy, and is committed to the research and development of key technologies such as hydrogen energy production, storage, and application.

After completion, 20% of the total power generation of the project will be directly transmitted to the local power grid, and the remaining 80% will be used for electrolysis of water to produce hydrogen. The hydrogen and oxygen produced are mainly used in the chemical and transportation fields.

In addition, its hydrogen production plant has a total installed capacity of 75 MW, including 15 alkaline electrolyzers of 1,000 standard cubic meters per hour and one standby alkaline electrolyzer of 1,000 standard square meters per hour, with an annual production utilization hours of 8,000 hours It can produce about 10,000 tons of hydrogen and 85,000 tons of oxygen by-product every year. 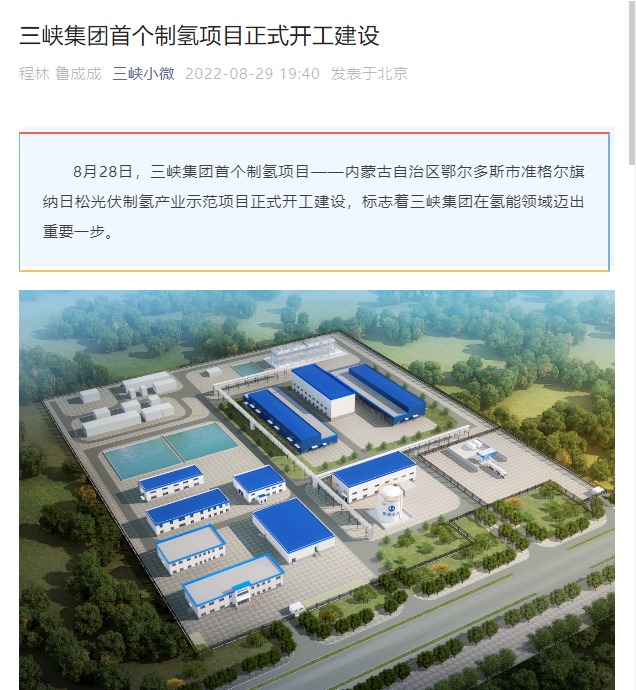 This article is reprinted from: https://readhub.cn/topic/8iSHkIuFv1Q
This site is for inclusion only, and the copyright belongs to the original author.