In the hero bar, in addition to fans and small talk, it is mainly to discuss how to improve the operation of specific heroes, such as how Garen hits the promise hand, how the dog head hits the angel, and how the angel hits the dog head. Due to the different popularity of each hero, the popularity of hero bars is also different – to be precise, most of them are quite unpopular. Different bars generally do not visit each other, and they work independently. Friends are accustomed to this state, and everyone has developed the skill of “diving without incident, posting occasionally, and never quitting”. The armored dragon turtle is also one of them. 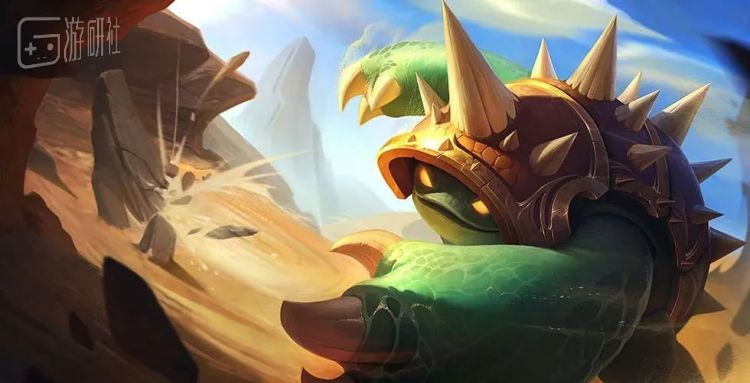 The Armored Dragon Turtle is a veteran-level jungler auxiliary hero in “League of Legends”, but he looks relatively simple and has a low appearance rate. Friends of the daily self ridicule “Turtle is destined to decline”.

However, just recently, there has been a sudden influx of friends from other heroes in the Dragon Turtle Bar. They are in an endless stream and are very happy. They voluntarily draw various fan pictures for the Dragon Turtle, and work together to expand the entire Dragon Turtle universe… 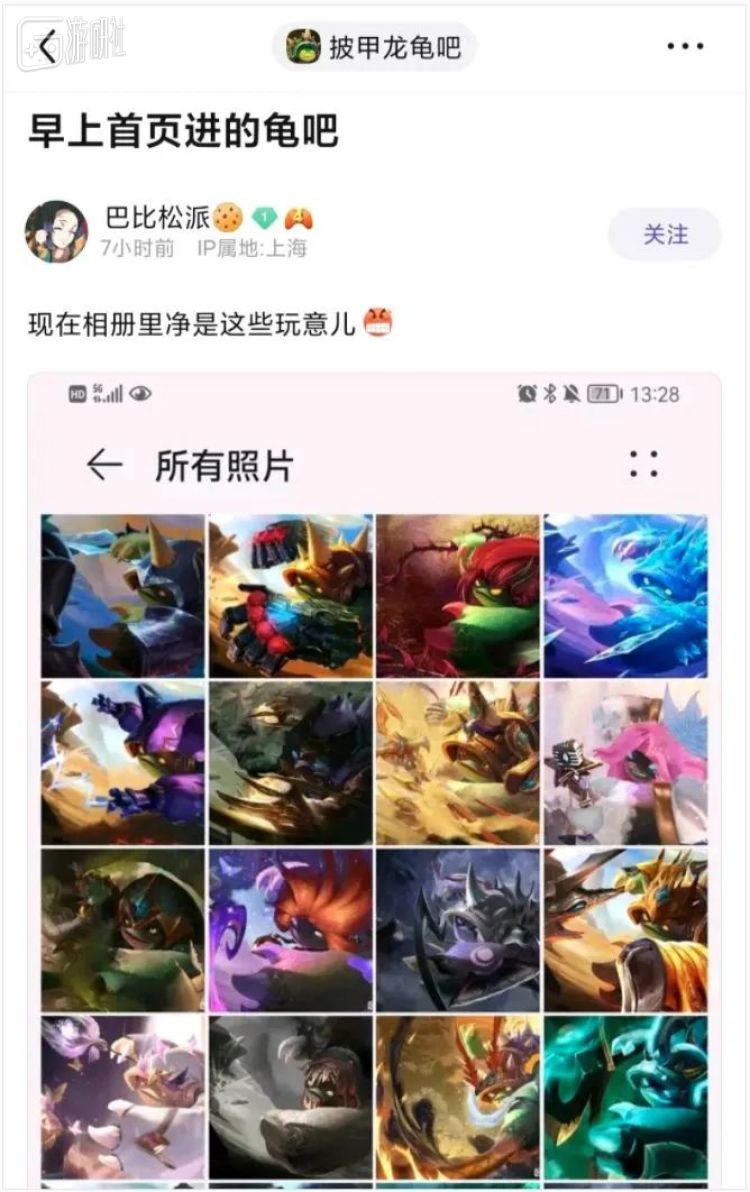 And it all starts with a picture.

As the saying goes, change is the constant law of everything. Over the years, not all heroes have been obscure, and there are only a few heroes who have become popular – interestingly, the reasons for their emergence are quite abstract. Here are a few famous ones to introduce: Desert Reaper (dog head) . Desert Reaper is a big late-stage hero in the game. Once formed, it has the strength of 1 person to beat up 3 people, which is terrifying and terrifying. I believe that every senior player has the experience of being beaten to death by dog ​​head sticking.

1200-layer passive dog head, from the master of up @three evil dogs , but the difficulty of development is also proportional to the power of Rufu. The dog head is very weak in the early stage, and must be passive at a low to terrifying fault tolerance rate. Because of the short hands, you must be very careful not to be consumed or even killed. The dog-headed players are usually in a state of trembling, “If the blood bar is not empty, I vow not to return to the city. If I don’t get killed, even if I win, what does my teammates have to do with me?” 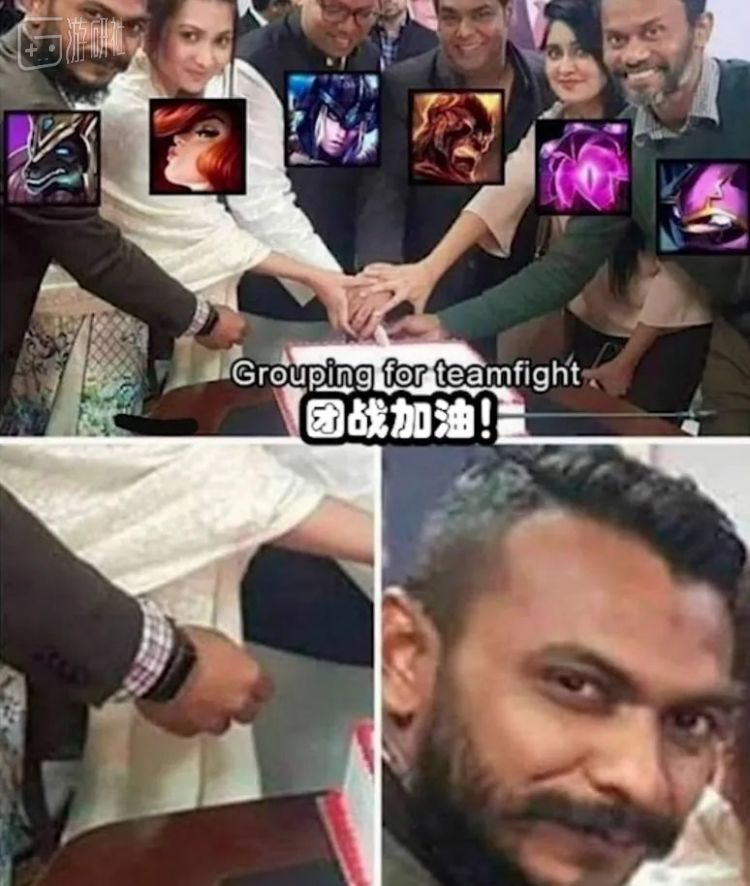 Give me a line of soldiers and give you a world . Therefore, the dog-headed friends often reveal the simple anti-pressure of “only if I work hard enough, the world will repay me”, “you can’t change others when you get killed, and you lose all because you don’t have enough Q”. Temperament, one of the old brothers’ “Smell Experience” post put this kind of temperament out of the circle. The whole post from the position to the outfit, painstakingly instructing the dog how to get more experience, the friends summed up ” The word “Smell” is full of pictures, fully expressing the sadness of the dog-headed players. 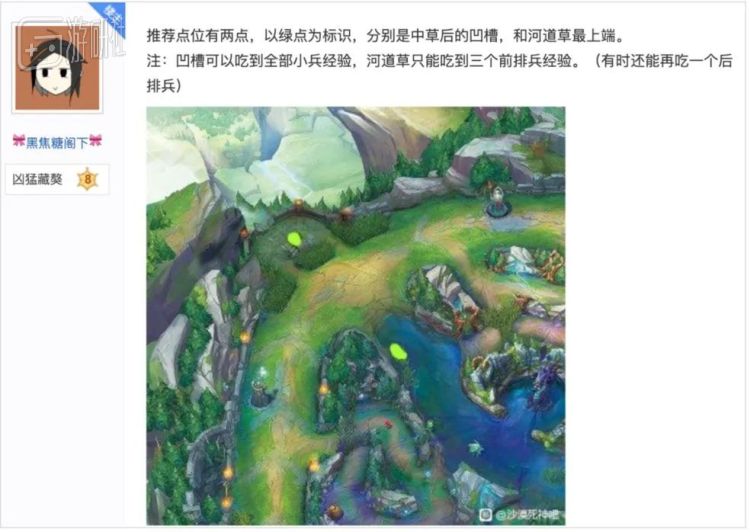 “What is real anti-stress?” Two days ago, Goutou returned to the LPL arena after 3,211 days, letting Goutou again enter the attention of players. But what does all this have to do with the dog-headed players, they are still silently marching on the line, and they are the self who will reap the rewards of every effort. Lingluo doll. The cause of the incident was that someone posted a post on the dog head bar “Lingluo doll bar is full of astringent pictures”, which attracted the gentlemen to swarm in, only to find that there was nothing but a few question posts. 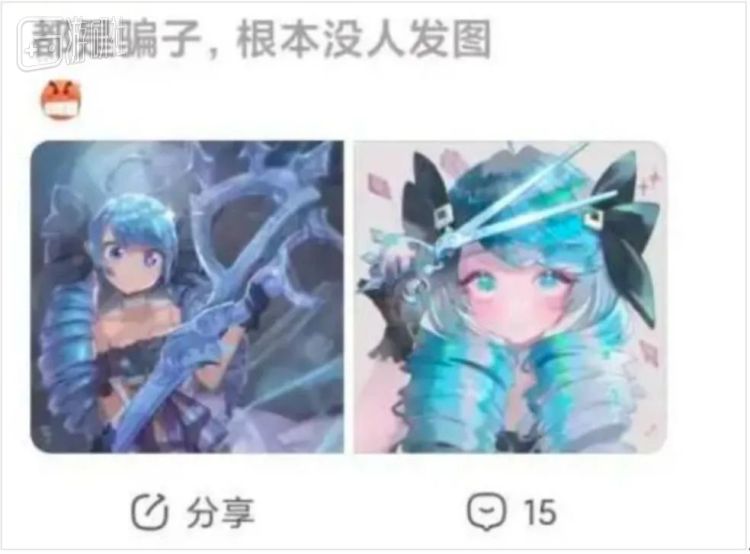 The self-consciously deceived players did not go away in a rage, they really launched all kinds of Lingluo doll fanfic (astringent) pictures here… This is a generation of gentleman’s demeanor. Today, Lingluo Doll Bar has become a private place for players to appreciate art. 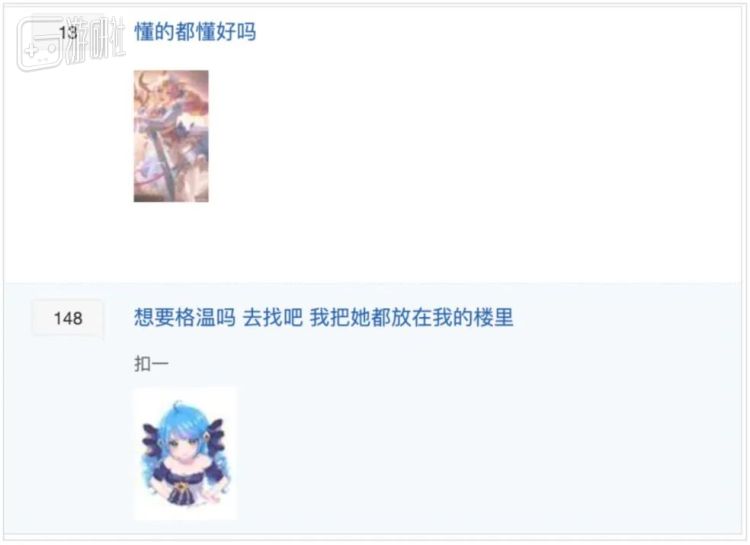 Fear the void. If it is said that the fire of the first two bars is in the right time, then the fear of the void is all governed by human beings. After the current bar owner “Crying Worm” takes office, he is determined to surpass the previous 16 bar owners and revive the glory of the fear of the void. From the astringent “you can only cry and cry”

The abstract bar scale of “expression” is imitated, to listen to the opinions of the masses and open the drainage link;

Stepping on the road of drainage alone, rushing around in the wind like a storm, Galen, and mentally retarded, adhering to the good mentality of “not being deleted is a success”, using various surfing skills to attract people and then try to see the poor. , just to make the fear of the void a little more, a little more. 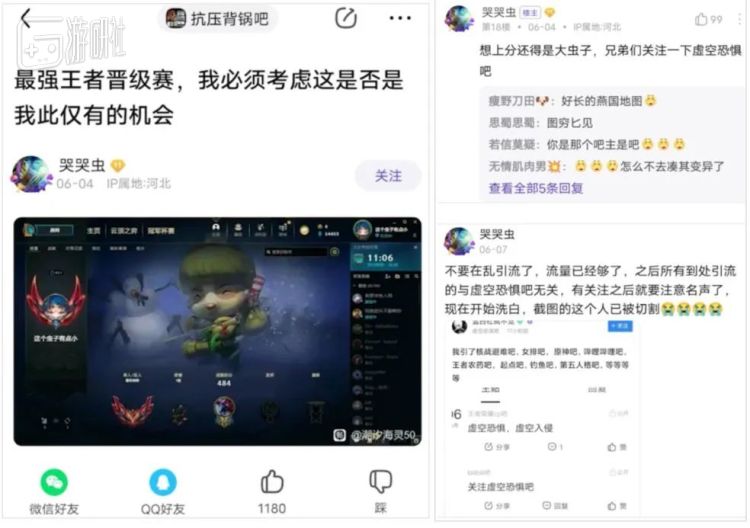 The vigorous rectification and the sincere to humble attitude make the bar friends move, and everyone really came to the Void and feared it for sightseeing. 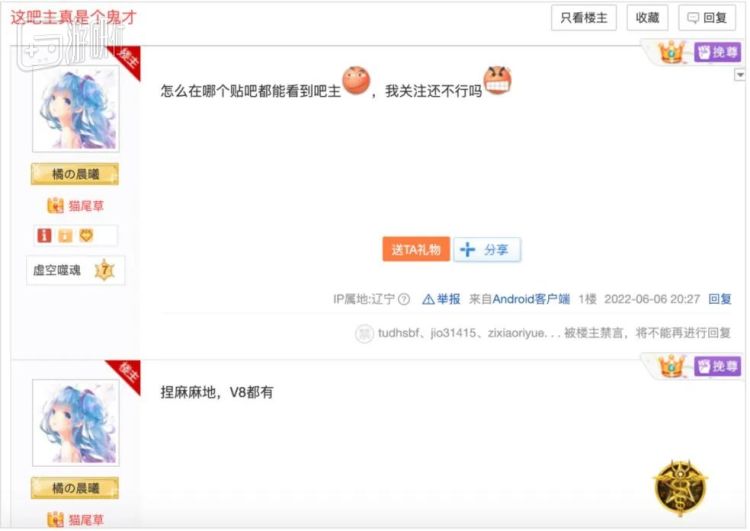 Although the wailing bug was banned for 30 days due to frequent drainage, he did not really disappear, and people left biographies, and their legends were written and widely disseminated. 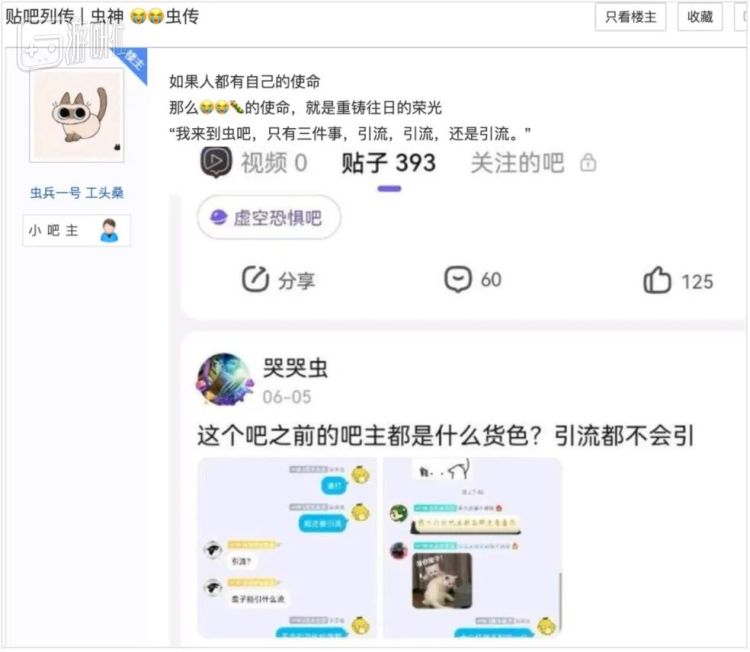 Seeing that his colleagues are getting ahead, the bar friends in the armored dragon turtle are also a little anxious. Dog head bar has resistance. Lingluo dolls have beautiful pictures. Void fear, there are weeping worms. Where should the dragon turtle come out of the circle? 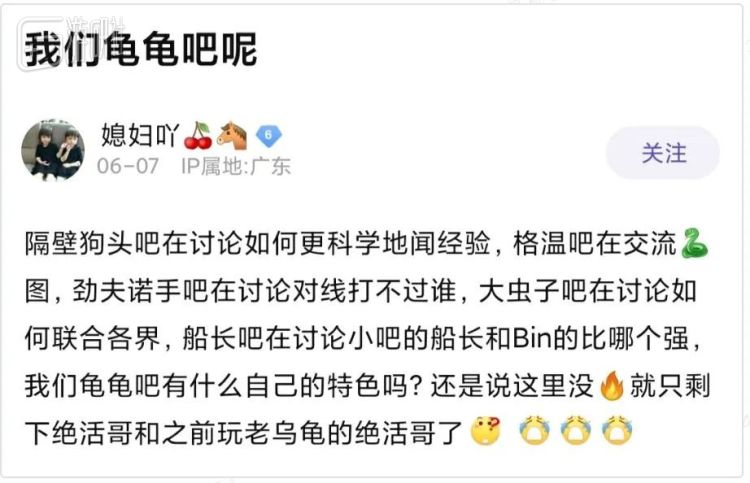 Soon, things took a turn for the better from an angle that the Dragon Turtle had absolutely never expected—relying on “Meitu”, the armored Dragon Turtle has become completely popular these days. The earliest post I found was that a bar friend named “will be played by” posted a picture of “unarmored dragon turtle”. Once the mighty dragon turtle turned into a naive image, it was full of impact. In the comment area of ​​the post, someone posted a few old and new pictures of high-tech power. 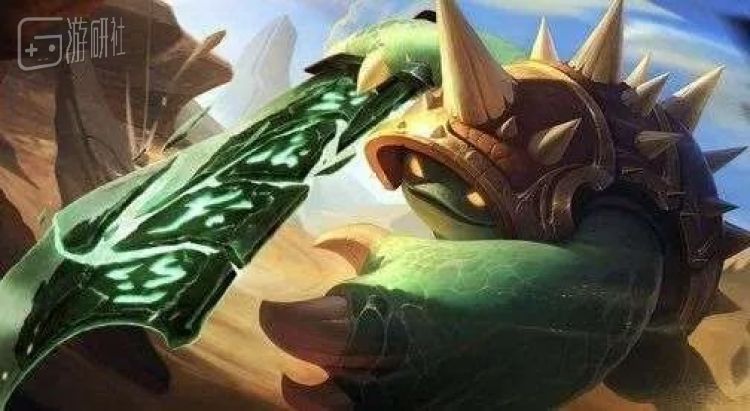 The exiled turtle is also a picture that has been circulating for a long time. Some people think that it is the origin of the turtle universe. One of the main streamers… eh? 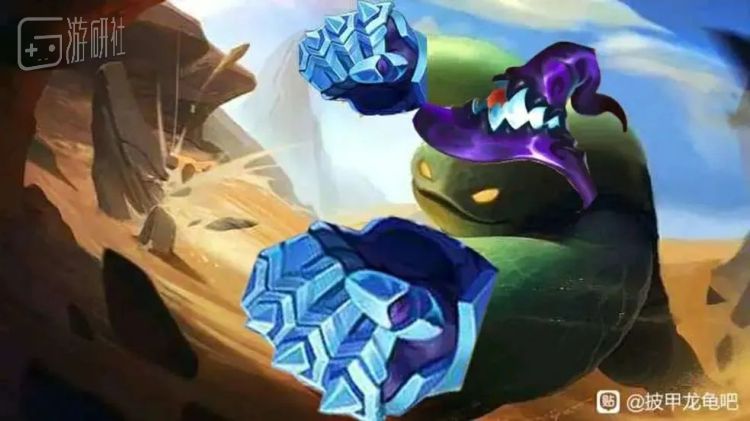 In fact, everyone has played the “All Poppy” stalk before, calling all heroes XX Poppy (for example, Annie is “Flame Poppy”, Wei Gusi is “Stay Up Poppy”, only Poppy himself is “Hammer” Form small cannon”, so derived from the “League of Legends has a total of 159 Poppy and 1 small cannon”). Moreover, most of the pictures above have already existed, and the origin is no longer known. This post has attracted everyone’s attention. The Internet is so wonderful.

It is really interesting to stitch together non-human dragon turtles and different heroes. Many old brothers began to post some P pictures in the armored dragon turtle bar one after another.

The friends of Tide Calling Shark Turtle Dragon Turtle were a little puzzled and delighted, “It wasn’t there yesterday, why are there all people today”. More and more players came here, so far, the Dragon Turtle Bar finally discovered its own traffic password, and a carnival began. The technical power of the p-pictures in the bar has risen with the number of players. The old buddies are no longer limited to simple stitching, and even the colors, costumes and backgrounds are also carefully crafted, to what extent: The painting style of some heroes is not comparable to that of dragons, turtles, horses and cattle, and they can’t beat the omnipotent friends. 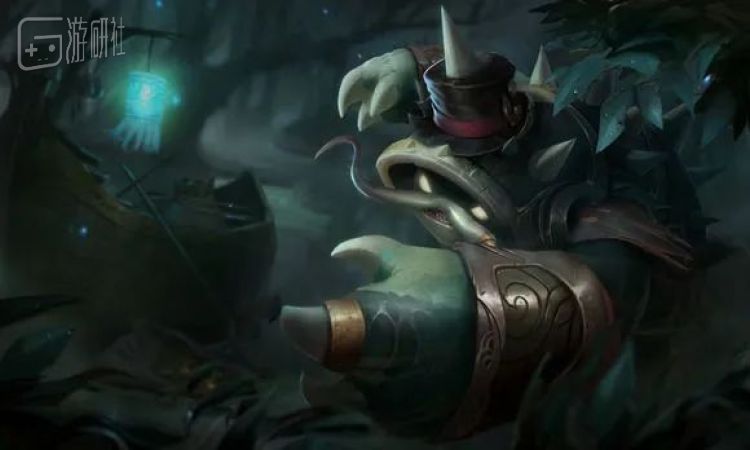 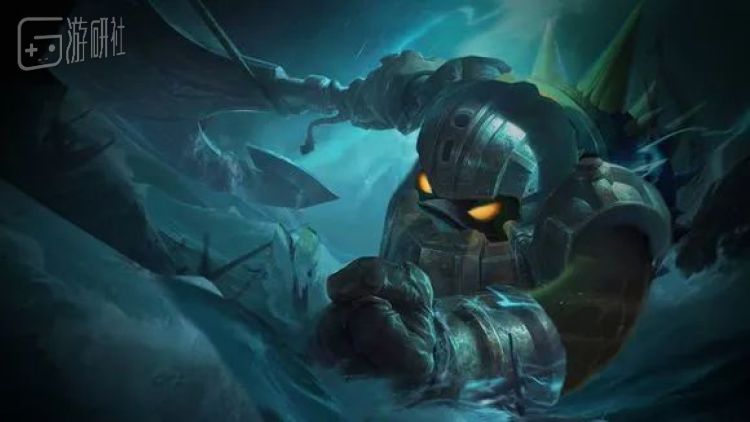 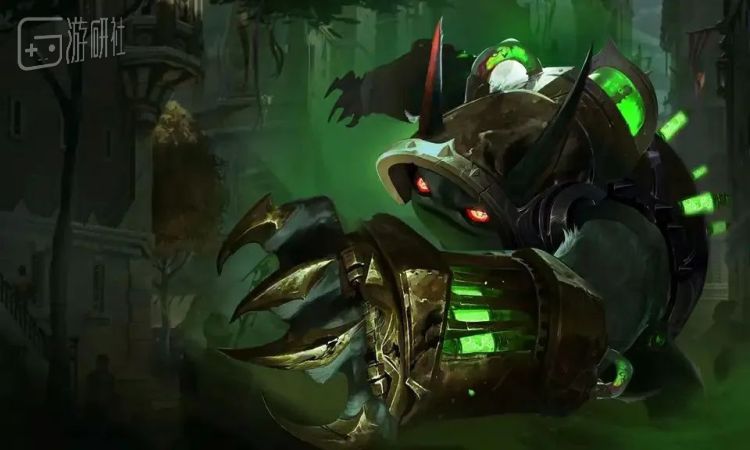 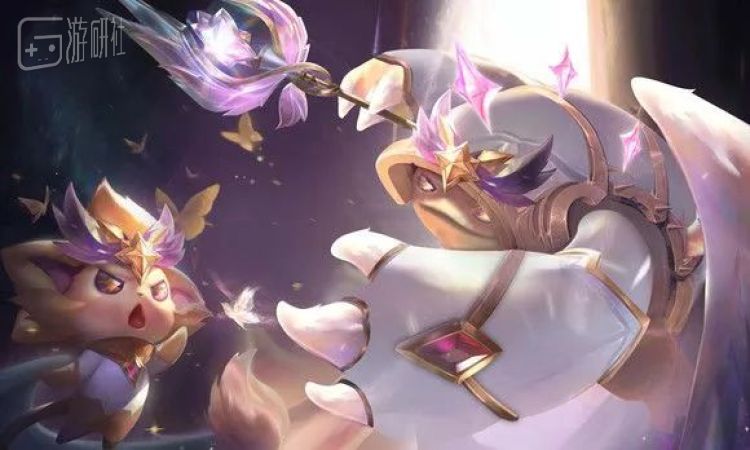 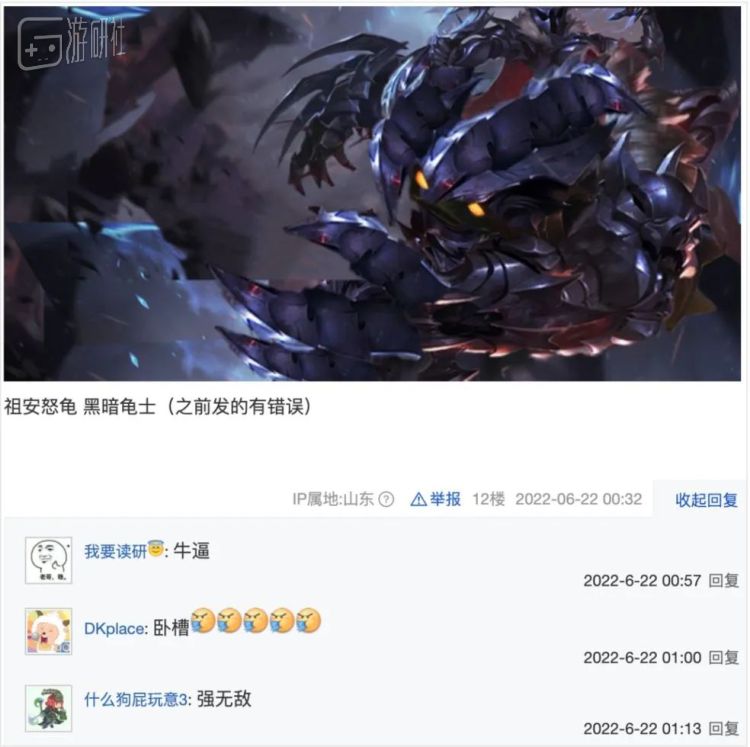 Here’s a reminder again that the original painting of the dragon turtle looks like this:

Now I just want to say – you are no longer a p-picture, you have drawn one from scratch!

Whenever someone can’t find a turtle version of a hero, they will resort to a trick, and the speed of the bar friends’ P map will never disappoint. 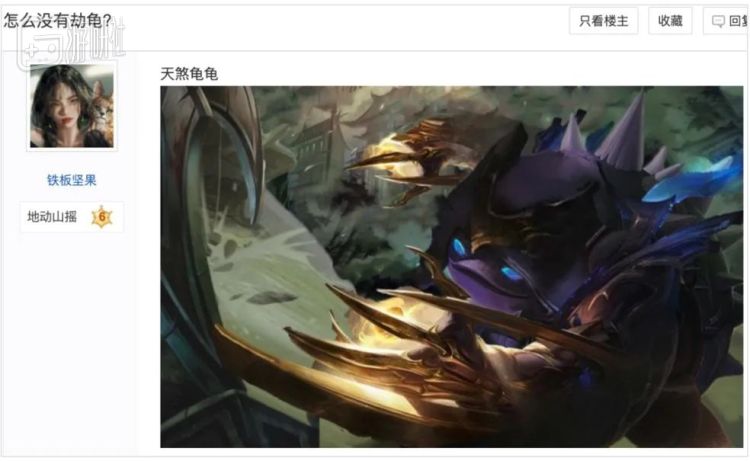 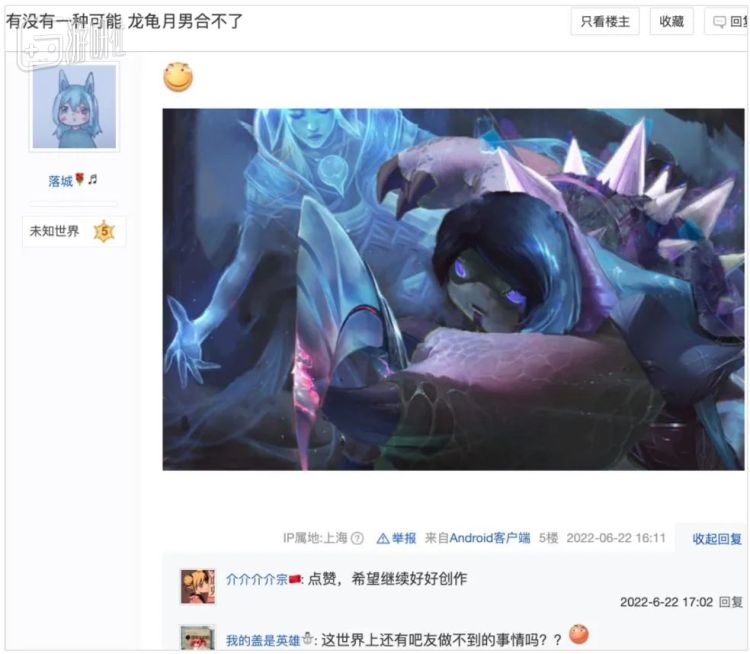 An article “Working with Armored Dragon Turtles” written by a friend has received 10,000+ replies in 4 days.

Due to being too beautiful, these pictures were also spread to the Russian social networking site VK. 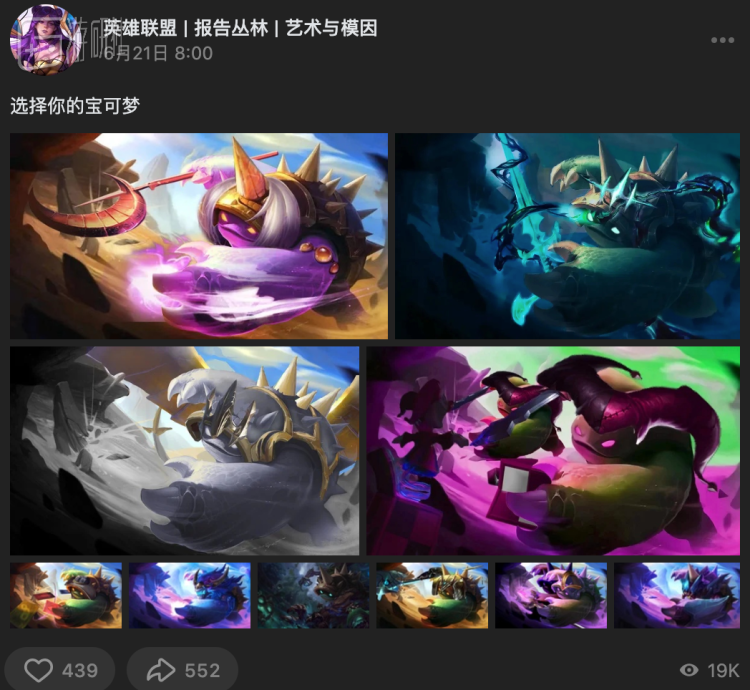 The armored dragon turtle is completely on fire.

If there are no players who love dragon turtles, it will take us longer to see these creations. With the passage of time, the popularity of some heroes has subsided, but there are always persistent players, so that none of the more than 100 heroes in this game has really been forgotten.

That’s really looking forward to it!

This article is reproduced from: https://www.yystv.cn/p/9306
This site is for inclusion only, and the copyright belongs to the original author.