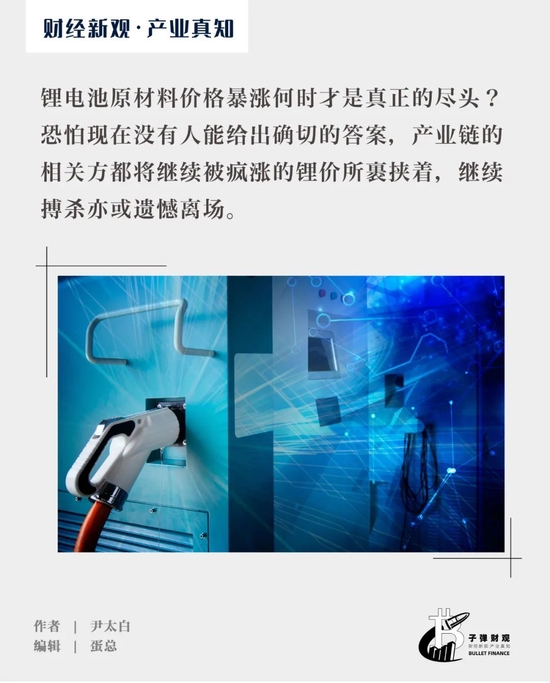 Before 2021, there is no lithium battery raw material that can be called “petroleum”, but after 2021, the “value” of lithium salts such as battery-grade lithium carbonate has skyrocketed, soaring tenfold in one year, and The high price is hard to find, and it has become a veritable “white oil”.

“The price of battery-grade lithium carbonate has been on the rise for two consecutive weeks. The industry generally predicts that supply and demand will still be out of balance during the year, and its price may once again exceed the 500,000 yuan mark.” Lu Yiming, a person in the non-ferrous metal industry, revealed to “Bullet Finance View”. .

However, as the core components of new energy vehicles, power batteries are facing the dilemma of continuous shortage of raw materials. The contradiction between supply and demand in the industrial chain is becoming more and more prominent, which also promotes companies to make efforts to make layouts. However, it is “someone is happy. Someone is worried.”

The global battle for lithium mines

“The explosion of new energy vehicle sales led to the explosion of power battery sales, which in turn led to a surge in the demand for lithium battery raw materials, while the lithium battery raw material supplier could not expand production in a short period of time, which eventually led to a contradiction between supply and demand.” Lu Yiming explained.

The anxiety caused by the lack of lithium has caused the stakeholders in the industry chain to set their sights on the most upstream lithium mine.

On May 21, after nearly six days and five nights, and after more than 3,000 bids and delays, the bidding for 54% of Snowway Mining’s equity finally fell. The starting price was 3.35 million yuan, while the transaction price was It was as high as 2 billion yuan, a full 600-fold increase, attracted nearly a million people to watch, and even made it onto the Weibo hot search list. 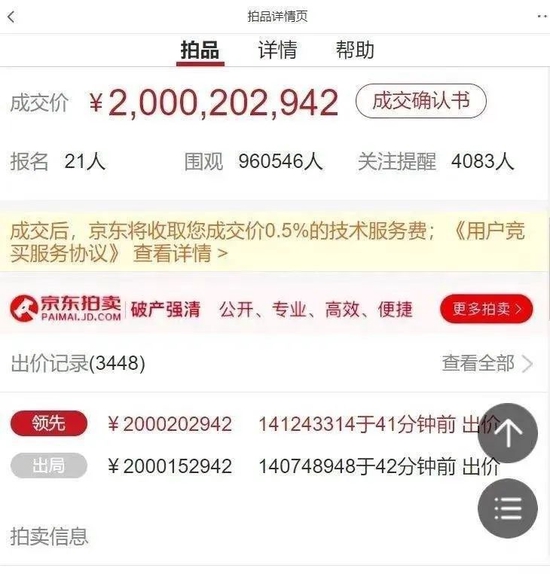 In fact, it is not common for such an anxious “bidding battle” to happen to a mining company that has long since gone bankrupt and liquidated in the upstream of the lithium battery industry chain, but an important factor has made Snowway Mining a “sweet pastry”: Snowway Mining holds the prospecting right of the Dechalongba lithium mine in Yajiang County, Sichuan Province, and its scale is an extra-large lithium mine.

“The transaction price of 2 billion yuan has far exceeded the industry’s estimate. Before the auction started, the industry generally predicted that the transaction price would be around tens of millions of yuan, with a maximum of no more than 100 million yuan. This is obviously a certain lithium price meeting. Continue the skyrocketing bet.” Lu Yiming said to “Bullet Money Concept”.

At the same time, foreign countries also staged a drama of “the battle for lithium mines”.

In the case of the escalating global competition for lithium mines, Ganfeng Lithium in the middle of the lithium battery industry chain and BYD in the lower reaches also decisively chose to grab mines.

On May 31, Ganfeng Lithium announced that it holds a 100% stake in the Mariana Salt Lake Project in Salta Province, Argentina, and will invest about US$600 million to build a lithium chloride production base with an annual output of 20,000 tons.

On the same day, The Paper reported that BYD had found 6 lithium mines in Africa and had reached acquisition intentions. According to BYD’s internal calculations, among the six lithium mines, the amount of ore with a grade of 2.5% lithium oxide has reached more than 25 million tons, equivalent to 1 million tons of lithium carbonate, which will cover its power battery loading demand in the next ten years.

“In the first quarter of 2022, the gross profit margins of power battery companies and new energy vehicle companies have suffered to varying degrees.” Lu Yiming said to “Bullet Finance View”, “Whether it is a midstream or downstream company in the industrial chain, the business scope will be upward. The expansion of tourism is almost an inevitable result of the continuous surge in the price of raw materials for lithium batteries.”

However, with the increasing contradiction between the supply and demand of raw materials for lithium batteries, it is obvious that price increases cannot be a long-term solution.

Specifically, if differentiated by product, the main revenue-generating businesses of Ganfeng Lithium and Tianqi Lithium are lithium compounds and derivatives (lithium series products). 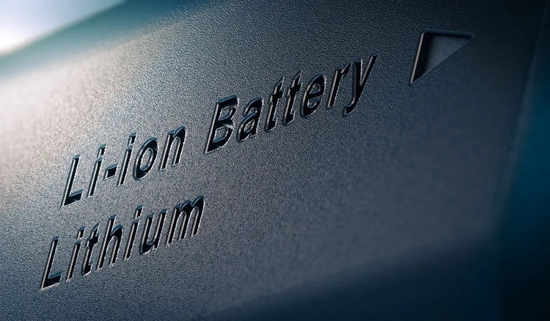 For example, Ganfeng Lithium made a tender offer for the British Bacanora Mining and obtained its control, acquired 100% of the property of Yili Hongda and indirectly held a 49% stake in the Yiliping Salt Lake Project in Qinghai, and acquired 50% of the Goulamina Spodumene Project in Mali. % equity, etc.

Tianqi Lithium is not far behind. Talison Lithium is one of the largest spodumene companies in the world, and it is also the holding subsidiary of Tianqi Lithium. In its 2021 financial report, Tianqi Lithium stated that the self-sufficiency rate of lithium concentrate has reached 100%. And this resource advantage has also brought huge wealth to it-in the first quarter of 2022, Chile Mining Chemicals (SQM), the world’s largest lithium carbonate company, added 620 million yuan to its shareholder Tianqi Lithium’s net profit.

“With the rise in the price of lithium battery raw materials such as lithium carbonate, industry profits will gradually concentrate upstream in the industry chain.” Lu Yiming analyzed that out of consideration for cost control and supply chain stability, power battery companies and new energy vehicle companies are deploying lithium The trend of mining and lithium salt business will not be weakened, but will be further strengthened. “Whoever holds the lithium mine will have the right to speak and maximize profits.”

Therefore, the total revenue and net profit of upstream companies have both surged, while mid-stream and downstream companies are completely different. “Increasing revenue without increasing profits” has become a common phenomenon.

According to the first-quarter financial reports of the five A-share power battery companies, they are all facing the dilemma of increasing total revenue but declining net profit. The specific data is shown in the figure below. 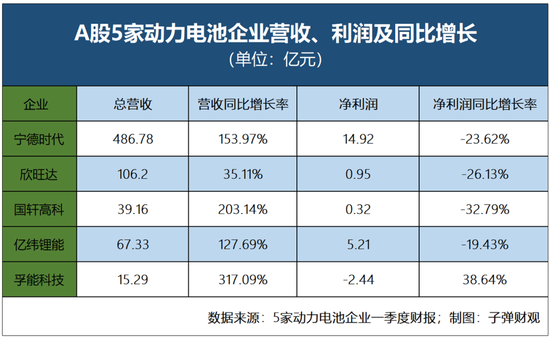 The explanations of these companies for “increasing revenue without increasing profits” all point to the sharp rise in the prices of raw materials represented by lithium carbonate, which has put a lot of pressure on business operations and cost expenditures.

It is worth mentioning that “Wei Xiaoli” listed “significant increase in raw material costs” as an important reason for the unsatisfactory gross profit margin.

Even Tesla, the leading new energy vehicle company, has not been able to escape the pressure caused by the sharp rise in raw material costs. On April 8, Tesla CEO Elon Musk mentioned in a tweet in response to the lithium salt price data, “Lithium salt prices are already ridiculously high, and unless costs are improved, Tesla may have to start large-scale personally involved in the mining and refining of lithium ore.”

Earlier, Musk revealed that Tesla is building its own lithium metal refining plant and has won the mining rights of a lithium mine in Nevada, USA.

A person in the power battery industry told the “Bullet Finance View” that in order to avoid the “squeezing” of upstream companies, many power battery companies and new energy vehicle companies choose to strengthen their layout in the upstream of the industrial chain on the one hand, and choose to increase their prices on the other hand. , so as to maintain the gross profit margin as much as possible.

“Before the power battery recycling industry has developed and the revolutionary lithium battery technology has not yet emerged, the increase in the cost of raw materials for lithium batteries will continue to raise the terminal price of new energy vehicles, and will continue to compress the profit margins of mid- and downstream enterprises.” The industry source Analysis Road.

How long can the lithium mania last?

In general, the current state of soaring lithium prices makes upstream companies happy and makes downstream companies worry, and this situation may continue for a relatively long time.

“The prices of lithium mines and lithium salts may not be able to fall back in the short term, and the ‘Lithium Grab War’ will continue to be staged in 2022 and 2023.” Lu Yiming told the “Bullet Finance View” that some of the facts that are happening can also be helpful for This point of view is supported.

First of all, most lithium mining projects are located in overseas regions such as Australia, Argentina and Africa. Due to the comprehensive influence of local economic development, laws and regulations, infrastructure construction and geographical environment, lithium mining generally has difficulties and progress. Slow and other difficulties and many uncertainties.

In addition, the lithium mining process can be roughly divided into three stages: mine exploration, mine design and construction, and ore mining. However, from exploration to mining, the cycle is about 4-5 years. 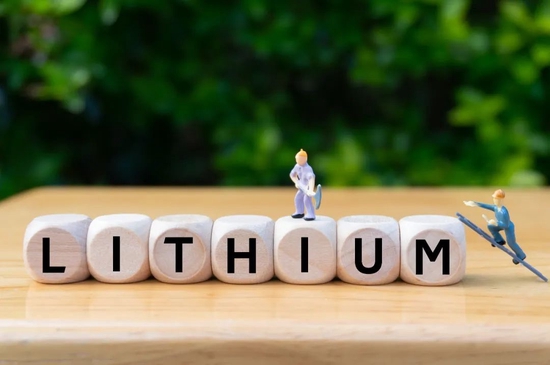 “At present, most lithium mining projects are still in the construction stage. Even if they are completed and put into production at the earliest in early 2023, the official commercial use is expected to take place by the end of 2023 or early 2024. Taking Africa as an example, it is producing lithium mines. In fact, there are only one or two.” Lu Yiming said.

Secondly, some middlemen in the lithium battery industry chain are hoarding and taking the opportunity to hype in order to maximize profits.

“Suppliers of raw materials for lithium batteries usually choose an agency sales model to shop the market. When intermediaries notice that the market is rising, they will hoard some products first, which will make it more difficult for downstream companies to purchase. When the price of lithium is pulled to a high level, they will Choose an opportunity to shoot.” Lu Yiming revealed to “Bullet Finance View”.

The soaring price of raw materials for lithium batteries has even attracted the attention of the regulatory authorities. On March 16, the Ministry of Industry and Information Technology made it clear that it would crack down on unfair competition such as hoarding of lithium, nickel and other resources, driving up prices, etc., and conducted interviews with some upstream companies, and instructed them to directly ship to midstream companies. Prices of key raw materials returned to rationality.

Some people point out that as domestic and foreign lithium mines gradually enter the mining period, the inflection point of the price of lithium battery raw materials may come after 2023.

China Merchants Bank Research Institute analysis believes that in the short term, there will be a shortage of supply such as lithium salts in 2022, and prices will remain high despite strong demand. In 2023-2025, with the rapid release of production capacity, the supply will exceed the demand, and prices will drop in stages. But it’s hard to see a big price drop in 2019-2020.

Various analyses show that before 2023, it is still difficult to balance the supply and demand of lithium battery raw materials, and power battery companies and new energy vehicle companies will still face greater pressure, and their gross profit margins may decline further.

As for the real end of the skyrocketing price of raw materials for lithium batteries? I am afraid that no one can give a definite answer now, and the relevant parties in the industry chain will continue to be coerced by the skyrocketing lithium prices, continue to fight or leave the market with regret.

*Note: All names in the text are pseudonyms.

This article is reproduced from: http://finance.sina.com.cn/tech/csj/2022-06-16/doc-imizirau8882425.shtml
This site is for inclusion only, and the copyright belongs to the original author.