In the Internet industry, the most frightening thing is not being scolded by users, but the product is dead, and people don’t even react at all.

Internet Explorer, Microsoft’s IE browser, is probably such a product.

On June 16, Windows 11 will officially give up support for the IE browser, which has survived for 28 years and only updated version 11, witnessed the glorious peak of Microsoft’s “Windows era”, and once brought Microsoft to the anti-monopoly court and was almost arrested. The split software finally ushered in the “retirement” moment.

The vast majority of Internet users born before the millennium rely on the small blue “e” icon on the Windows desktop to start their colorful online life. Next, there may be a few people who will continue to use IE’s successor, the Edge browser, to log in to websites, although the latter’s kernel has long been replaced by the rival Chromium.

And more people, click on countless apps, and they do not need a browser.

The egg laid by Windows

When Marc Andreessen, the founder of a16z and the godfather of Web3 investment, preached to young blockchain entrepreneurs, I wonder if he would occasionally think of 25 years ago, when he and his friends from Netscape nailed the company Logo on That late night on the lawn on Microsoft’s campus.

There was still a full-haired Anderson just on the cover of Time magazine, and the young man with bare feet was crowned “The Golden Geeks” by the newly listed Netscape, which had just established 16 The company has successfully listed in the past few months and won a market value of 2.9 billion US dollars, so that “Netscape-style success” has become synonymous with the success of the IPO of technology companies.

Anderson was on the cover of “Time” | Time

What made Anderson and company a huge success was the team’s Netscape Navigator.

In the early 1990s, the main tool for the first generation of geek netizens to access the World Wide Web was the original browser Mosiac written by the N CSA team at the American Supercomputing Application Center. The Mosiac Netscape 0.9 browser launched by the Netscape team in 1994 was the peak of its debut, directly taking 75% of the market share, and soon became the default browser used by netizens.

Netscape’s rapid and enormous success caught the attention of Bill Gates. At first, Gates, who firmly believed that “the system is in hand, I have the world”, was also very anxious by the “Internet portal theory” advocated by the media at that time.

Surprisingly, Gates’ initial strategy was not to kill, but to “seek peace.” It is said that in June 1995, Microsoft executives visited the Netscape campus and put forward the “negotiation conditions” that “Netscape can dominate any other system browser except Windows”. In Gates’ view, this is already a performance of his “soft service”. After all, Microsoft was already an absolute giant with annual revenue of 13.7 billion US dollars and more than 15,000 employees.

But obviously, for the young and vigorous Netscape, Microsoft’s proposal is almost “humiliating”, and a reply is the only option.

After determining the hostile relationship, Microsoft quickly incorporated the team to step up the development of its own browser. It was also in 1995 that the epoch-making operating system Windows 95 came out, and in the Plus Pack version, Internet Explorer 1.0 was officially unveiled as the system’s own software. 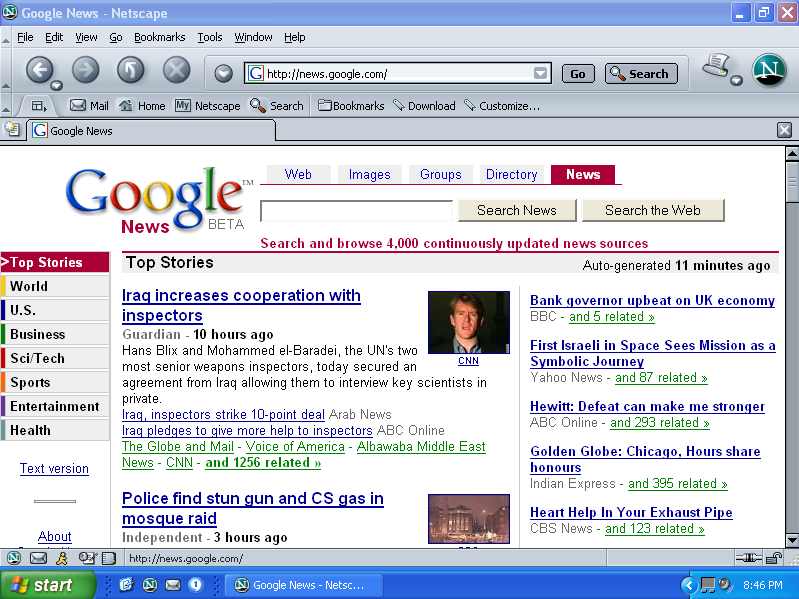 The Netscape Navigator browser page of the year | Geocities

After fighting with Microsoft for nearly three years, Netscape was acquired by AOL with a market value of $4.2 billion. Even though its market value has risen to a record $10 billion a year later, in the main battlefield of the browser, IE has already occupied most of the market with the success of the Windows system.

However, although the “browser war” ended with the success of IE, the bundling of embedded systems brought Microsoft’s “antitrust” trial in 1998. Although the case ended in a settlement, it also indirectly led Gates to hand over control of the company to Ballmer, creating a more conservative Microsoft, and ultimately missing the tide of the mobile Internet. Of course, that’s all for later.

Netscape and Sun Computer Systems later cooperated with Sun Microsystems to build iPlanet, a super network complex integrating calendar, network and e-commerce business, but the project was not successful. Similar to the fate of Sun, Netscape also declined in the first decade of the new century until it was cancelled by Time Warner.

IE dominates and becomes the only “entry” for users of Microsoft’s “Windows” system to surf the Internet.

Netizens born in the 1970s and 1980s can still remember the fear of being dominated by the Internet Explorer browser.

The first is slow. Although the loading of web pages is strongly related to the speed of the Internet, given that most web pages in the portal era are dominated by text and links, the loading speed of IE still makes users feel very worried. Constantly clicking the refresh button, and opening several IE windows with the same URL at a time, to see which one is loaded first is the standard operation of netizens.

The second is frequent crashes, netizens surfing the Internet can never predict which one will crash first, themselves or the IE browser.

The third is the security issue. In the first decade of the new century, using IE browser to surf the Internet does have a sense of adventure. Malware, rogue plug-ins, countless pop-up windows, and Trojan horse programs are all the time for netizens who simply want to watch news online. 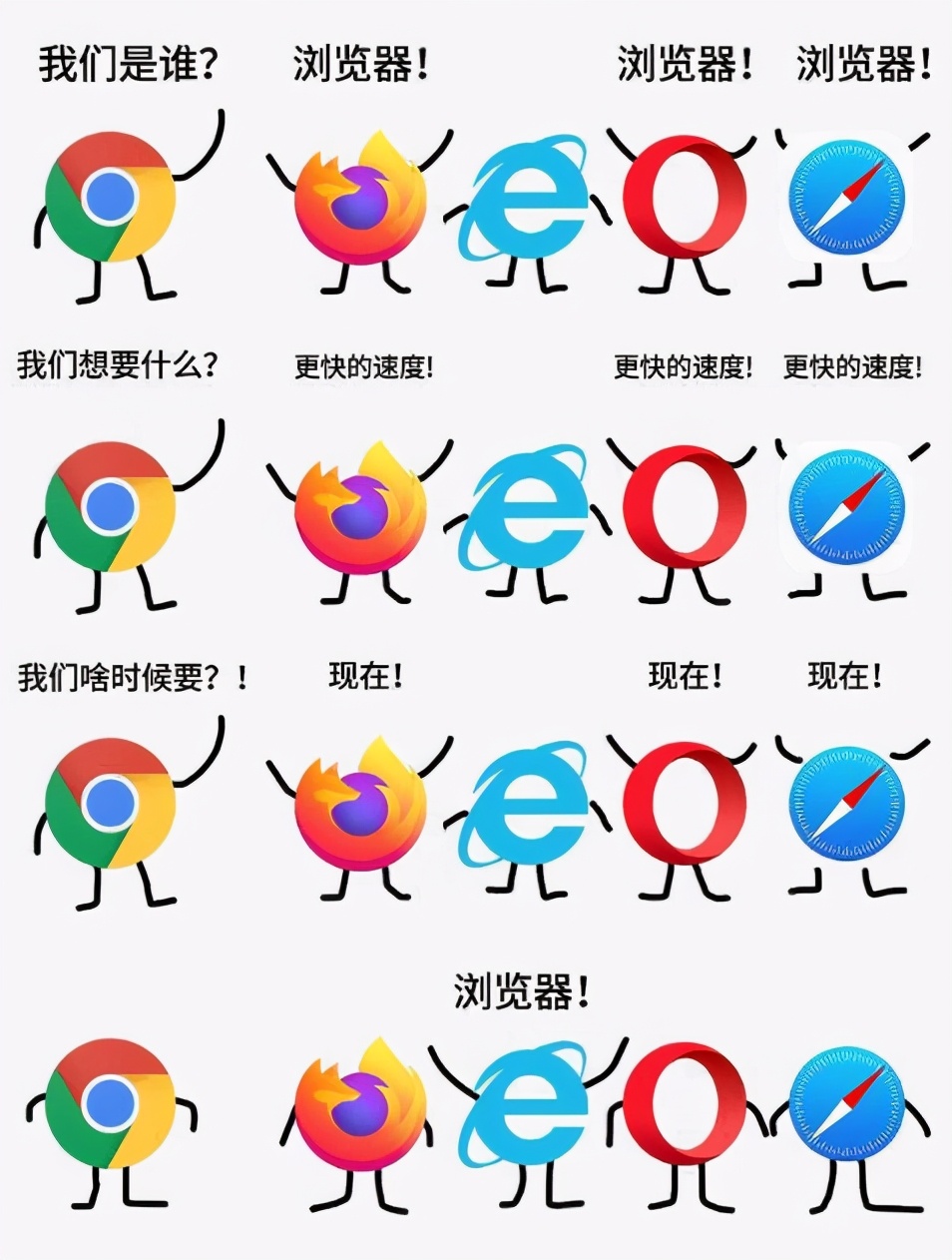 It is estimated that many netizens have a little experience of opening a web page, popping up more than ten pop-up windows in different positions, and then manually looking for the “X” signs to close them. In contrast, the design of the “fake close button” of the page game a few years ago was as pure as a little white rabbit.

Obviously, when a software market share accounts for more than 90%, other competitors can be ignored, and it is difficult for the team to have the motivation to make any improvements – even in the face of overwhelming complaints from netizens, in the 28-year career of IE browser , and only updated to version 11. This is simply unreasonable in the face of the mobile Internet’s concept of “running in small steps and iterating quickly”.

The long-standing cry of netizens all over the world for IE has been heard by a rising Internet star.

It wasn’t until 2006 that Google’s browser plans were given the green light by then-CEO Eric Schmidt, who still remembers Netscape’s defeat in the first browser war, while Google was still a ” Small companies” should not attract Microsoft’s firepower.

No one could have imagined that the small project created by the developers of the Mozilla Firefox browser brought in by Google’s two co-founders Sergey Brin and Larry Page became Google’s most successful product after search. And eventually unify the browser market. And leading the project is the current Google CEO Sundar Pichai. 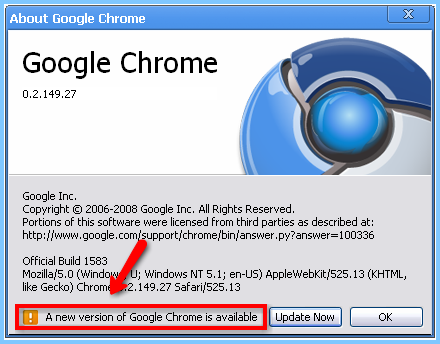 After its first appearance in September 2008, Chrome didn’t make a lot of waves, and many tech media didn’t think it was a product with a future. After the first version launched, Chrome only accounted for 1% of the browser market. It’s no wonder that Microsoft didn’t take Google’s new offerings as a rival, compared to the more successful Firefox browser at the time, the real enemy of IE 8.

But there’s no denying that Chrome’s minimalist design, fast web page loading, and unexpected security have brought a breath of fresh air to the browser market that’s been undisturbed for years.

As for why Chrome is several times faster than IE, on the one hand, Chrome builds its own kernel, and later uses its own Blink engine, which has great advantages in web page loading; each tab uses a separate process “sandbox” mode to ensure Each tab does not affect each other, and it also increases stability; in addition, Chrome will remember the user’s frequently used websites, preload them, and the user will browse faster when they browse again.

Therefore, even though IE and other browsers have been improved many years later, the web page loading speed has been comparable to Chrome, but the impression of Chrome’s “fastest in the world” is still deeply etched in the hearts of users.

At the same time, Google open sourced the Chrome core Chromium to improve the performance of the browser with the brains of global coders. On the other hand, the later “Plugin Store” brought a large number of extension applications to Chrome, which greatly enriched the ecology of the Chrome browser.

On a Sunday in March 2012, less than four years after the launch of Chrome, according to a network analysis data, the proportion of users who used Google Chrome on that day reached 32.7%, defeating IE, which accounts for 32.5%, by a small margin, and became the world’s largest browser. The largest browser.

After this watershed, Chrome is on its way, while IE inevitably moves towards a fast downward channel.

As of 2020, Chrome has occupied nearly 70% of the browser market share, while IE is 3%, infinitely close to the “other” category.

Some people die in their twenties and are only buried in their sixties. This sentence is used to describe the IE browser, which is somewhat inexplicably appropriate. 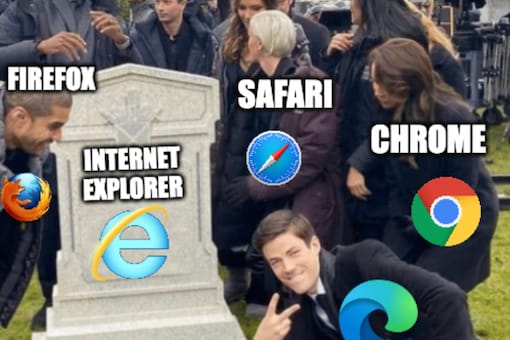 In May last year, Microsoft officially announced that after June 15, 2022, some Windows systems will no longer support the IE browser.

In fact, since the launch of the Microsoft Edge browser in 2015, Microsoft’s statement about the fate of IE’s “abandoned child” has been very straightforward.

Even, in order to prove that Microsoft has really “renovated”, the Edge browser has even directly replaced the kernel with Chromium since 2018, so in a sense, Edge is not the successor of IE, but a “little brother” of Chrome.

The 2020 data shows that the Edge browser’s market share has surpassed IE, and not long ago surpassed Apple’s Safari, becoming the second largest web browser with a market share of nearly 10%.

When the news of IE’s “retirement” came to light, some netizens worried that some backward “online banking” and “registration” systems still used the IE browser by default. Don’t worry about this, because the Edge browser will still maintain the IE mode, and the 360 ​​browser also has the IE mode, which can solve the urgent needs of netizens.

As an Internet product, IE was born in the panic period of giant Microsoft, a defensive product trying to seize the “Internet entrance”. Winning the “First Browser War” with a strong policy of Windows bundled + free Strong Google Chrome.

In the final analysis, no matter how good the strategy is, a really good product is the bottom line of success.

After a long farewell, no one misses the IE browser, which has long become a fossil of the Internet.

This article is reproduced from: https://www.geekpark.net/news/303775
This site is for inclusion only, and the copyright belongs to the original author.