The more Xiaomi phones sell, the less they make

Apple not long ago still expected to maintain iPhone sales this year, counting on the wealthy to continue to buy new iPhones to offset the slowdown in the market. They are confident that consumers are still willing to spend money on high-end products.

At the same time, poor demand for Android models still dragged down the global mobile phone market shipments by 9% in the second quarter, and IDC predicts that it will shrink by 3.5% this year. On August 19, Xiaomi also handed over a second quarterly report in which revenue, profit margin, sales volume, and average selling price all fell:

Xiaomi said in a prepared press release that factors such as global macroeconomic fluctuations and repeated epidemics have affected mobile phone demand. They cited Canalys data that in the second quarter, global and mainland China smartphone shipments fell by 8.9% and 10.1% year-on-year, respectively, compared with the previous quarter. They fell 7.7% and 10.9%, respectively.

At the performance meeting, the management said that the lower average selling price and the consequent decline in profit margins were affected by three factors: the “618 promotion”, the loss of exchange rate changes, and the increase in the proportion of low-end machine shipments in the international market.

After Huawei, there is no mobile phone market in China that can compete with Apple in the high-end market of more than 5,000 yuan. After manufacturers barely entered that price range and made competitive products, they eventually had to cut prices to gain the market.

The report of CICC stated that Baidu, Kuaishou, JD Health and other Chinese Internet companies ranked at the forefront in the past several predictions, but they were not included in the end. decision making”.

With the increasing position of Chinese Internet companies in Hong Kong stocks (Tencent, Ali, and Meituan together account for 10% of the total market value of Hong Kong stocks), the voices calling for further adjustment and updating of the constituent stocks of the Hang Seng Index have become louder. real estate industry.

Tencent’s IFRS net profit (International Financial Reporting Standards) in the second quarter was nearly RMB 9.52 billion more than that under Non-IFRS. The difference in the previous quarter was only 2.132 billion yuan.

There is no change in the adjustment accounts between the two accounting, and Tencent will use the IFRS net profit as:

Finally get a non-IFRS net profit figure. The two variables with the greatest impact are investment gains and losses and impairment losses. The specific adjustment differences between the second quarter and the first quarter of this year are as follows:

“Waidian Finance” explained Tencent’s investment composition in “After Meituan, Tencent Still Holds Over 650 Billion Yuan of Stocks” , “Other Net Income” at its peak brought Tencent more than 140 billion yuan in revenue a year , accounting for more than half of operating profit. “Other income, net” accounted for only about 14% of operating profit in the second quarter of this year. (Intern Xue Yujie Gong Fangyi)

Can the story of “Diamonds are forever, one will last forever”?

In the first half of the year, the military industry company Zhongbing Hongjian’s revenue was 3.203 billion yuan, an increase of 11.19% year-on-year; its net profit was 702 million yuan, an increase of 114.61% year-on-year. Half of the revenue and 90% of the profits come from the subsidiary Zhongnan Diamond, which is mainly engaged in the “superhard material business”.

According to Bain, the global retail sales of lab-grown diamond jewelry will be $4.4 billion in 2021, a year-on-year increase of 167%.

MINISO apologizes for calling itself a “Japanese designer brand”

On August 18, MINISO issued an apology statement, saying that it had apologized for being a “Japanese designer brand” and promised to complete the “de-daily chemical” rectification before March next year. This is MINISO’s second apology this month. Last Monday (August 8), MINISO Spain posted a tweet on its Instagram account, explaining that the Chinese cheongsam doll in the picture was a Japanese geisha, causing public opinion After the heated discussion, MINISO apologized.

In the early days, MINISO used the story of Japanese brands and the franchisee model with low operating costs to rapidly expand the market. Four years after its establishment, the number of global stores reached more than 1,800, and three years after its establishment, it entered more than 30 countries. Only in 2016 In 2018, MINISO has signed contracts with more than 20 countries including Mexico, Malaysia and Turkey.

On August 18, the National Medical Insurance Bureau issued the “Notice on Carrying out Special Treatment of Oral Implant Medical Service Charges and Consumables Prices (Draft for Comment)” to guide the formation of reasonable prices for dental implant crowns. In February this year, the Medical Insurance Bureau stated that it had decided to collect high-value medical consumables such as dental implants.

Human growth hormone may also be included in the collection. On August 17, the Zhejiang Provincial Pharmaceutical Equipment Procurement Center released the “Documents for the Third Batch of Centralized Procurement of Drugs by Public Medical Institutions in Zhejiang Province” (Draft for Comments). hormone).

Dental implants and growth hormone belong to consumer medicine, which means that the services provided to patients are not necessary, but to improve their personal quality of life. Such services are seldom carried out in public hospitals, and basically require individuals to pay high fees, but The demand it faces is not small.

Recently, a contest by the Japanese tax authorities to support alcohol income by encouraging young people to drink has caused heated discussions on social media. Many users have criticized the behavior for interfering with people’s lifestyle choices, calling the event “ridiculous” and saying that young people avoid drinking. should be seen as a good thing.

A Twitter user who advocates alcohol abstinence in Japan said that “Sake Long Live” is a “drug addiction movement” led by the Japanese government. This is the same as Japan used to sell methamphetamine as a supplement in pharmacies, it is a mockery of the Japanese people and should be stopped seriously.

Ele.me enters Douyin, which is used by 600 million people every day.

Douyin has always wanted to live a local life. And Ele.me also takes a fancy to China’s traffic portal second only to WeChat. In the first half of this year, there were about 150,000 merchants and brands connected to Douyin’s local life, and the number of group-buying merchants there increased by about 40,000. At present, the Ele.me food delivery platform covers 670 cities and more than 1,000 counties across the country, with 3.4 million merchants and 260 million users.

State Grid has piloted the implementation of off-peak charging of electric vehicles in three provinces and cities including Zhejiang.

In order to ensure the safe operation of the power grid during peak electricity consumption, the State Grid has piloted the implementation of off-peak charging of electric vehicles in some provinces with high temperature and high load. The first batch of pilot projects are in Chongqing, Zhejiang, and Hubei provinces and cities, covering nearly 350,000 charging piles. The charging power will be adjusted moderately during peak hours of electricity consumption from 3:00 pm to 10:00 pm. Several charging and swapping stations of NIO and Tesla in Chengdu have ceased service.

At least 26 positive cases have been found on the Z22 train from Tibet to Beijing.

Wen’s loss in the first half of the year increased to 3.52 billion yuan.

From September 1, the funds in the Beijing medical insurance personal account will be used exclusively.

The Beijing Municipal Medical Insurance Bureau issued the “Notice on Adjusting the Municipal Employee Basic Medical Insurance Policies”. The notice clarified that from September 1, 2022, the medical insurance personal account will be used in a targeted manner, and the funds transferred into the personal account will be reduced to the base for the payment of the insurance. 2%. The notice clearly enhances outpatient treatment. Starting next year, the outpatient (emergency) medical expenses of insured persons will not be capped, and the maximum payment limit of more than 20,000 yuan will be paid at 60%.

In July, domestic game revenue fell by 15.1% year-on-year, the lowest level in the past six months. 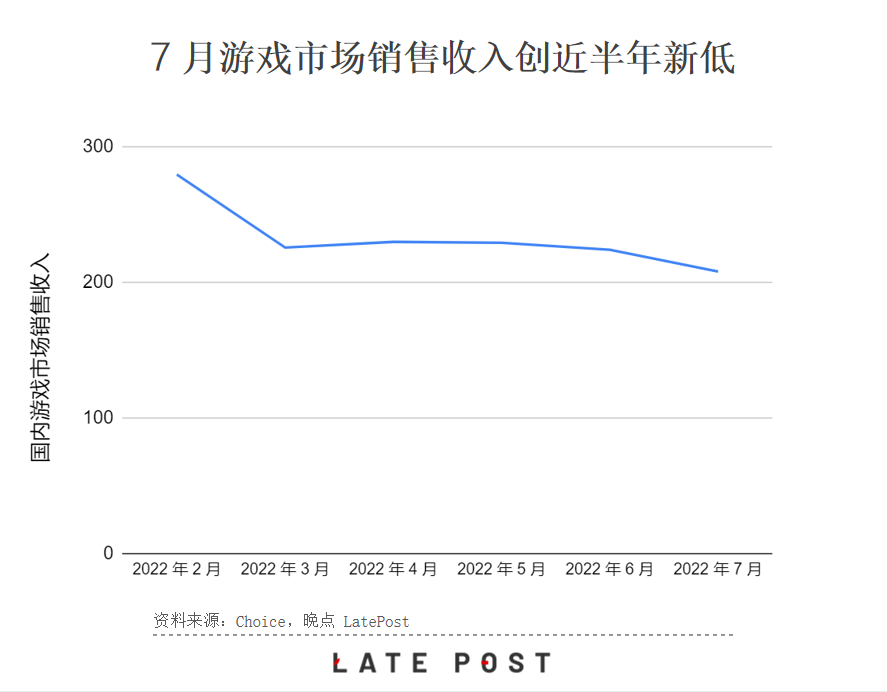 Maoyan Entertainment’s net profit fell by more than 60% in the first half of the year.

SOHO China’s revenue in the first half of the year was 896 million yuan, and the vacancy rate rose and rents fell.

SOHO China’s revenue in the first half of the year was about 896 million yuan, an increase of 11% year-on-year, all of which were rental income. SOHO China said that due to the impact of the epidemic, the office leasing market in Beijing and Shanghai was under pressure, with vacancy rates rebounding and rents falling. The average occupancy rate for investment properties fell to 80%. In addition, after SOHO China was fined several times, on July 7, it was announced that CFO Ni Kuiyang was under investigation for suspected insider trading in the company’s stock. 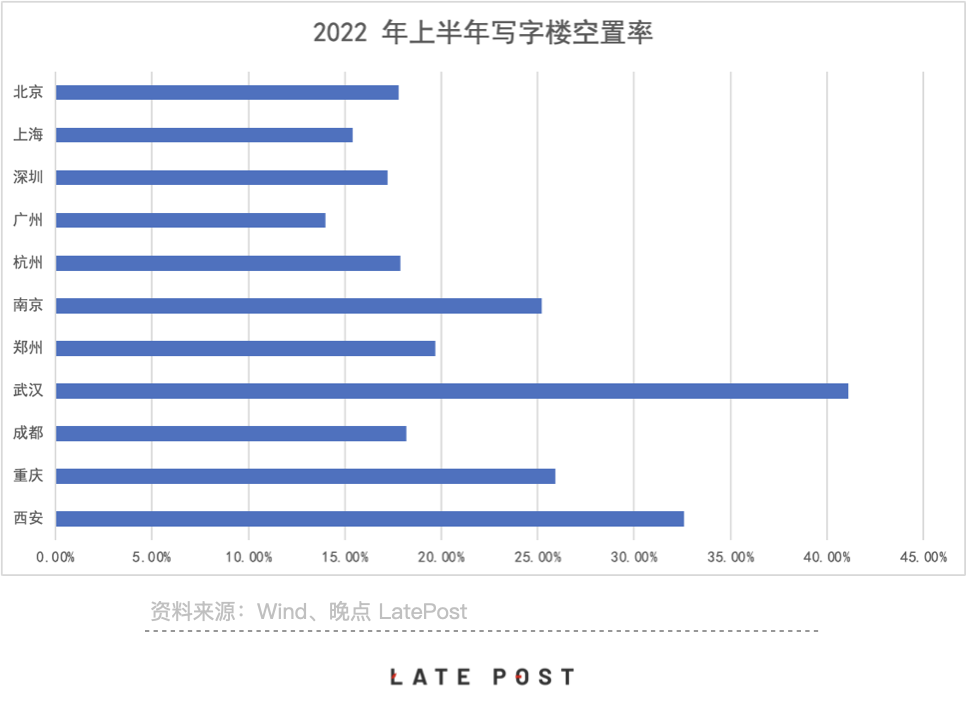 On the morning of the 18th, two stores in the Nanjing area of ​​Chayan Yuese opened, and a large number of people lined up at the entrance. The Jiangning police dispatched police to assist the shopping mall to maintain order, and scalpers sold 200 yuan a cup. In this regard, Chayan Yuese issued an apology on the 19th, and said that it would adjust the business hours of the two stores and use the method of purchasing restrictions to resist purchasing and reselling.

Lotte Department Store’s last store in China will be sold.

On August 18, South Korea’s Lotte Shopping stated that the board of directors passed a resolution last month to sell Lotte Department Store in Chengdu, China, and Lotte’s last department store in China is about to close. Lotte Department Store entered China in 2008 and has since expanded in Tianjin, Weihai, Chengdu, etc. However, its business in China was blocked in 2017, and its stores in China have been sold since then. In recent years, foreign traditional retail giants such as Macy’s, Marks & Spencer, Lotte Mart, and Central have withdrawn from China one after another.

According to the information on the official website of the China Securities Regulatory Commission, Leapmotor’s IPO on the Hong Kong Stock Exchange has been approved by the China Securities Regulatory Commission, which means that Leapmotor is one step closer to being listed on the Hong Kong stock market. According to the previously announced prospectus, 40% of the funds raised in the IPO will be used to expand the category of smart electric vehicles, expand the team, and invest in research and development of intelligent technologies such as autonomous driving, and the rest will be used to increase production capacity and enhance brand awareness.

According to Nielsen, streaming accounted for 34.8% of total U.S. TV viewership in July, up more than 20% from a year earlier, and cable TV ratings fell to 34.4%. The rise in streaming viewership was driven by Netflix, YouTube, Hulu, Amazon Prime Video, Disney+ and HBO Max, among others. The Nielsen report only counts programming that is streamed on digital TV, and adding mobile would make streaming a bigger market share.

The title picture comes from the TV series “Friends”

This article is reprinted from: https://www.latepost.com/news/dj_detail?id=1281
This site is for inclusion only, and the copyright belongs to the original author.