Thank you @today topic , uninvited, I think military stocks and even military funds are still greatly underestimated, their growth, and even certainty, even surpass the soaring new energy and photovoltaics!

Let’s talk growth! Counting all the first-tier industries of Shenwan, at a time when the economy is guaranteed to be 5.5%, this year’s military expenditure is expected to increase by 7.1%, a new high in recent years. 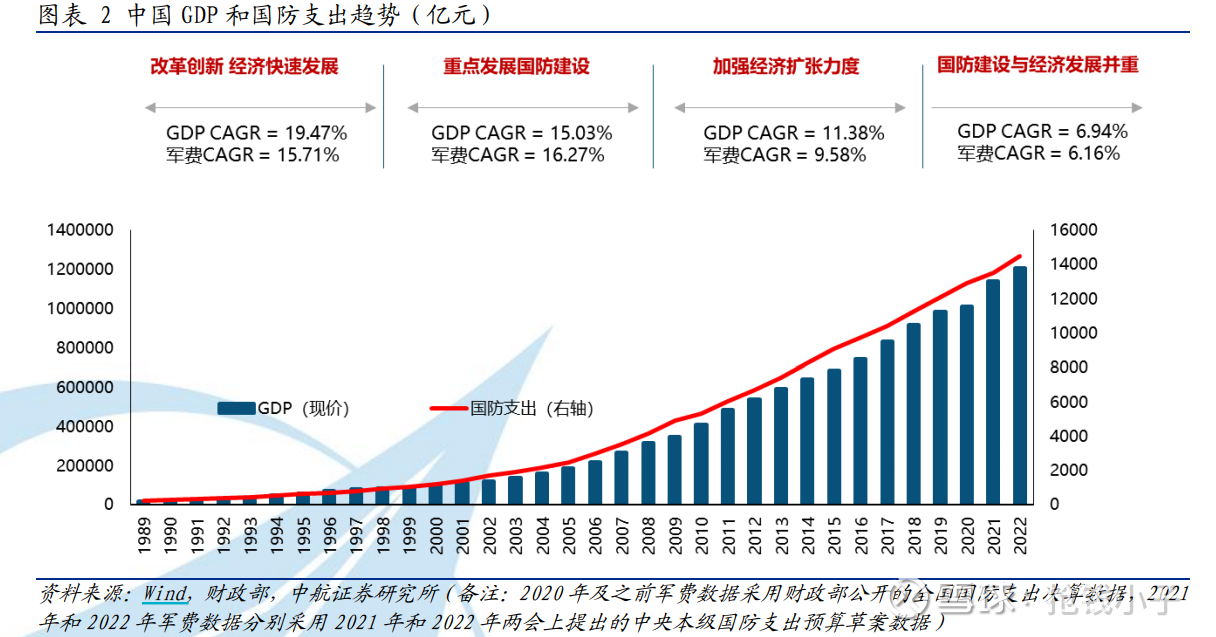 How sustainable is it in the next few years? With the geopolitical conflict this year, many countries have begun to actively respond by increasing military spending. Historically, there is no turning back, and it may not be possible to go back. In 2022, the growth rate of U.S. military spending will exceed 5%, the largest growth rate since 2019; the growth rate of Russian military spending will reach 12.75%; the defense policy of the defeated country Germany has changed historically. In 2022, 100 billion euros will be used to realize military modernization. South Korea, Japan, and Australia are also growing.

The growth of military spending in other countries is bound to affect us. From this perspective, there may be no industry that has stronger growth potential than the military industry in the next few years.

Let’s talk about how to buy it! Military stocks have brought endless joy and grief to investors and friends. Once upon a time, they, like securities companies, were as quiet as virgins, moving like a rabbit, and the theme speculation would never stop. In any corner of the earth, there will be military stocks going up and down, today July 12, tomorrow Jianglong Boats, investors count the leaders every day, and have a lot of fun. A few days later, the military-civilian integration and mixed ownership reform broke out. The mentioned military industrial enterprises directly increased their daily limit after resumption of trading.

Since 2020, public funds have launched a fierce attack on military stocks; at the same time, many military stocks have quietly launched in the past two years, and Zhenhua Technology’s share price has risen nearly 6 times without knowing it.

If you want to catch such military stocks, it is difficult to rely solely on playing the board and technical analysis. Then what? Study military fundamentals? We ordinary people can only look at both sides of the Taiwan Strait after dinner, and the financial reports of military industrial enterprises will not reveal so much.

In many industries, our own stocks will perform well, but the future military industry may be an exception. I haven’t bought a fund yet, but in the future, I plan to leave the investment in military stocks to a fund manager who really understands the military industry to help me manage it.

to whom? I will give it to Feng Fuzhang, who is known as the emperor of military industry

This year, I just turned from a researcher to a fund manager. At present, there are only 300 million products. It seems that not many people buy it! But I think he is the fund manager who understands the military industry and military stocks best, because I grew up watching his research reports.

What are the top hard goods he had when he was a researcher?

In January 2019, he released the research report “2019 Military Industry Investment Strategy: Yang He Qi Zhe”, suggesting opportunities in the sector;

In June 2021, his research report “Military Industry Leading the Market in May Still Has Potential” was released, and continued to see the continuation of the rebound;

In addition, in December 2015, Feng Fuzhang issued a risk warning against the trend and released a research report on “Remaining Relatively Cautious in the Military Industry Sector Before the Year End”, which clearly reminded the military industry to adjust risks before the market fell sharply.

After years of precipitation, Feng Fuzhang has formed a solid research style, based on the value mining of military industries and other industries and companies. Do not follow what others say, and actively explore forward-looking investment opportunities.

After his product was established in March, he quickly built a position, and there was still an excess of nearly 10% compared to the $military ETF (SH512660) . In the latest 2nd quarterly report holdings, we can see that he has a special liking for military electronics stocks. 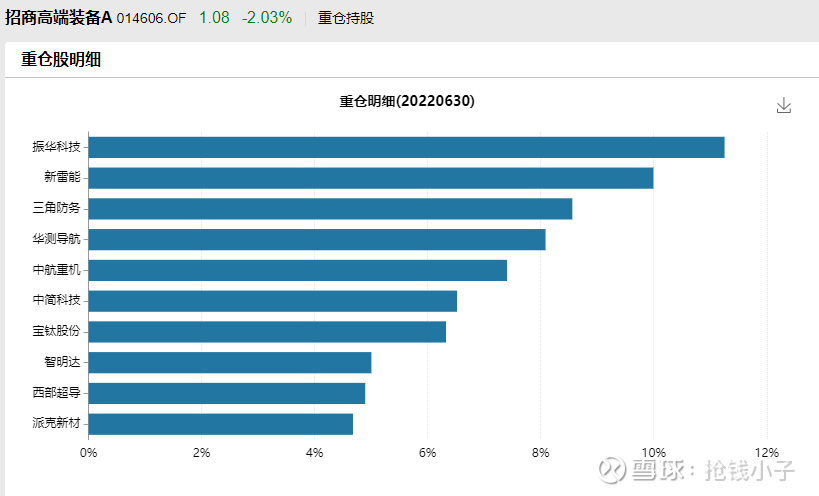 Of course, short-term results speak for themselves. As a silver analyst transformed into a dry fund manager, the current scale is only 300 million. I think it is more because everyone thinks that doing research well does not mean doing well in trading.

But I think, although only knowing, comprehending, and finally doing it, can it be reflected in the real benefits. But it can only be done by knowing and comprehending the Way.

The real dark horse fund should be bought just when everyone doesn’t know his goodness, and when everyone knows he is good, it will either limit the purchase or become a star fund.

Buying funds, sometimes, you also need to bet, what do you think?

This topic has 1 discussion in Snowball, click to view.
Snowball is an investor’s social network, and smart investors are here.
Click to download Snowball mobile client http://xueqiu.com/xz ]]>