Posted by Pei Pei, Head of the Phantom Thieves

Netflix’s stock price has fallen more than 70% from its peak, and its business model is no longer favored by investors. Of course, there are many reasons for weak user growth and lower profits. For example, in the post-epidemic era, users no longer stay at home to watch dramas. For example, inflation has caused European and American users to reduce entertainment expenses, and competition from Amazon Prime, Hulu, YouTube Premium, etc. The aggressiveness of the opponent. However, all of the above problems can be solved; if Netflix management is smart enough, or has enough resources, they can be overcome. There is one problem that cannot be overcome by any means, and that is the fundamental weakness of the business model of paid video, or even “paid subscription.”

Let’s review: Netflix and its main competitors (including China’s three major video platforms Aiyouteng), the main business model is to allow users to pay monthly (or quarterly or yearly) subscriptions, so as to get access to the platform rights to all content. Of course, platforms can also insert ads for revenue, but that’s secondary. For a mature long-form video platform, users’ paid subscriptions are the most important, and sometimes even the only source of income. China’s Aiyouteng was originally driven by “advertising + paid subscription”, but in recent years, it has become more and more inclined to paid subscription.

Here’s the problem: all paid content subscriptions that are time-based and not tied to any specific work are inherently inefficient and self-destructive. This is probably the worst business model for entertainment content, bar none.

Whether you are a platform, a publisher or a creator, if you are selling an entertainment content to end users, your gross revenue is easy to calculate (disregarding channel costs, payment costs, etc.):

From this, there are two basic business ideas: the first is to expand the base of paying users, and the second is to increase the average payment. It is best to do both at the same time, but in reality, it is not easy to do one. Increasing the average payment can be divided into two ideas: the first is to raise the overall price, and the second is to implement differentiated (discriminatory) pricing.

Obviously, all subscription-based video platforms, including Netflix, can only focus on “expanding the base of paying users” and “raising the overall price”, and it is difficult to implement true “differentiated pricing”:

The main driver of Netflix’s revenue growth over the past few years has been the paying user base, first in North America, then overseas, and now overseas emerging markets such as India. The drop in paying subscribers in the most recent quarter really sparked a sell-off on Wall Street, illustrating the consensus that the user base is the most important operating parameter.

Netflix can raise the price of membership subscriptions every once in a while, typically by $1 each time. Subscription fees in emerging markets tend to be lower, but there is a greater possibility of rising as user habits develop.

Netflix also has what it calls “differentiated pricing,” but it’s mostly priced based on the number of simultaneous screens: Basic members can only watch on one screen at a time, premium members can watch two, and so on. This differentiated pricing has nothing to do with the content itself, there is no such thing as “premium members see better content”.

There is another kind of “differentiated pricing” on platforms such as Hulu, that is, basic members are not free from advertisements, and advanced members are free of advertisements (the domestic Aiyouteng is also good at playing this trick). However, this pricing still has nothing to do with the content itself, just the user experience. Personally, for example, my favorite Netflix original series is “The Queen’s Gambit,” but I’m less of a fan of “Stranger Things.” Sadly, the former was closed after just one season, while the latter received a fourth season renewal. So, can I haggle with Netflix, pay half less for Stranger Things, and pay more to see Season 2 of Outlaws?

Needless to say, this is impossible, even if users with similar demands all over the world unite. Then the next best thing is: Can you spend a little more money and enjoy the “value-added content” of “The Soldier”, such as special fan-supplied tidbits, exclusive plots, or interaction with games and other content?

The probability is also low. The best we can do is enjoy artbooks, soundtracks, behind-the-scenes interviews and stuff like the Extras that came with DVDs or Blu-rays in the past. These things are hard to sell for a price (at least not on a platform like Netflix), and they don’t quite quench their thirst. In the ideal, the IP of “The Soldier” can earn at least $200 from me; in reality, it can only support my payment for two months, which is worth more than $20.

Switching to other platforms is similar. On HBO Max, for example, I’d be happy to spend a fortune on “Mare of Easttown,” but there’s no such option, and no such value-added content to buy; It’s the second season of “The Gilded Age” that I don’t really like, and I might just opt ​​out of my one-month subscription, since I’ve got nothing to lose by not watching the show.

In other words: users have only one payment option that is not bound to the content. When they want to pay more, they cannot buy value-added services, and when they want to pay less, they may directly choose to unsubscribe. For the platform, this model is “steady loss without profit”. According to economic theory, platforms cannot occupy “consumer surplus”, but they will lose a lot of “producer surplus”.

In a better economic situation, although the video platform can’t make more money, at least there is no risk of losing subscribers (no one cares about the subscription fee for a month or two). But in the case of slowing economic growth and inflation, the problem is bigger. English-language social media is full of articles teaching you how to hop between video platforms to save money. For example, Netflix’s most important new drama in May 2022 is the fourth season of “Stranger Things”, and it will not be released until the end of the month, and the second half of the season will not be released until July, so you might as well simply unsubscribe; however, if you happen to be Watching the final season of “Ozark,” that’s for a while, until the end of the month.

Frankly speaking, this business model of video platforms is not only far inferior to the current game industry, but even inferior to the traditional film industry (if there is no impact of the epidemic):

Mobile games and some PC games have fully shifted to a “free to play, pay for in-app purchase” (Game as a Servie, GAAS) model. That is to say, not to charge those users who “have no feeling”, but to provide a variety of paid value-added services to those users who “have a lot of feeling”. Especially in the “pay for love” model based on appearance props, paid value-added services will not affect the comprehensive experience and fairness of the game, thus achieving the greatest degree of “differentiated pricing”.

Traditional games and movie content are paid through a buyout system, with one-handed payment and one-handed delivery, and a maximum of several VIP grades can be set. This model is not so efficient, but the user pays at least according to the specific content – the ROI of a single work is clear at a glance, and the user can allocate the budget more efficiently.

The payment for online text subscription (mainly in China) is generally tied to the specific work, and the payment is for the paid chapter update of a certain work. The online text platform will also provide VIP users with free rights to some popular works, but that is secondary. Most users pay for books they like. 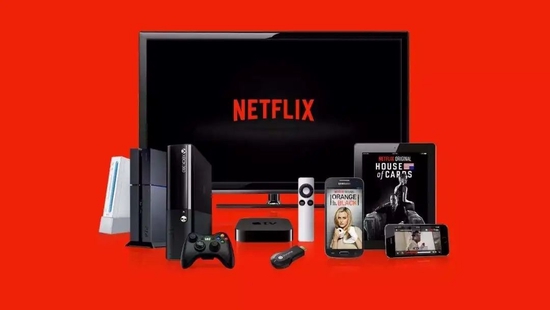 Take popular games as an example: if “Honor of Kings” has launched a new hero, or “Genshin Impact” has launched a new character that can be drawn, and you just don’t like it, then you don’t have to buy anything related to this character at all. of anything. You don’t need to “retire” temporarily, because the game operator won’t charge you any “flat fees” for new characters. It is possible that you may feel a little bored because you often see this character’s activities on the game interface, but that’s it.

What if this new hero/character happens to be to your liking? Then spending money is a bottomless pit with multiple levels and stages. In “Honor of Kings”, you may first buy a hero skin with 488 coupons, then buy an epic skin with 888 coupons, then buy a legendary skin with 1688 coupons, and finally enter the “Xingyuan skin” the bottomless pit. In “Yuan Shen”, it takes a lot of money to extract this character, not to mention the various follow-up enhancement costs. It’s all voluntary, you’re paying for love, and game operators have managed to capture your “consumer surplus.”

The subscription-based content platform represented by Netflix has not only failed to do the above, but even went backwards. If I go back 20 or 30 years, at a DVD or video rental store, I can at least choose what to rent, and I can ask the store owner to show me a clip to see if it suits my taste; in front of a movie theater or video hall, I can at least choose what to rent. Judging which tickets to buy based on the posters and profiles. As a viewer, I’m paying for specific content, and rightfully so.

Then the owner of the DVD rental shop changed the rules: I pay a fixed monthly fee, and then I will receive a lot of content that is well-made, rich in themes, and burnt with sincerity; The content can also be viewed again at any time. These are all very good, the problem is that the shop owner is actually guessing my preferences. If he guesses right, the result is nothing more than that I continue to subscribe; if he guesses wrong, the result is that I lose. Incidentally, there are many DVD rental shops on the street, all of which have learned this inefficient business model and compete with each other in value-destructive competition.

The only advantage of the above rule is that it may be more stable when the economy is good – if consumers can easily earn $6,000 a month, and prices remain stable, then paying $35 to subscribe to three DVD rental stores at the same time is OK. accepted. Investors may even consider this model “superior” and destined to replace the old model.

Now everything is in its original shape. Game content that relies entirely on in-app purchases, or traditional movie content that relies on buyout systems, may indeed be unstable and cannot achieve “guaranteed income during droughts and floods”; but Netflix’s subscription payment model cannot do this. When the economy is in recession, the subscription model cannot keep the lower limit; when the economy is rising and high-quality content bursts, it cannot achieve a very high upper limit. Are there any advantages to such a business model?

This article is reproduced from: http://finance.sina.com.cn/tech/csj/2022-05-08/doc-imcwipii8711117.shtml
This site is for inclusion only, and the copyright belongs to the original author.