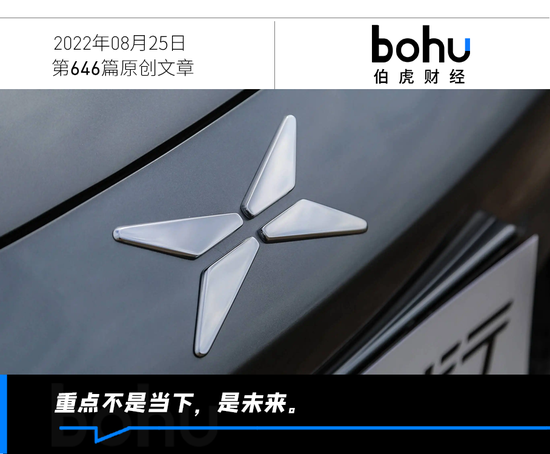 Although it has won the top sales of new car manufacturers for four consecutive quarters, the report card of Xiaopeng Motors (hereinafter referred to as “Xpeng”) does not seem to be able to convince capital.

On August 23, Xiaopeng Motors released its financial report for the second quarter of this year. After the release of the financial report, Xiaopeng Motors’ US stocks fell by 10.81%, and Hong Kong stocks fell by 12.18%, with a market value of 125.4 billion Hong Kong dollars, a decline of more than 60% during the year. After this fall, the gap between Xiaopeng and Weilai and Ideal in terms of market value has doubled. 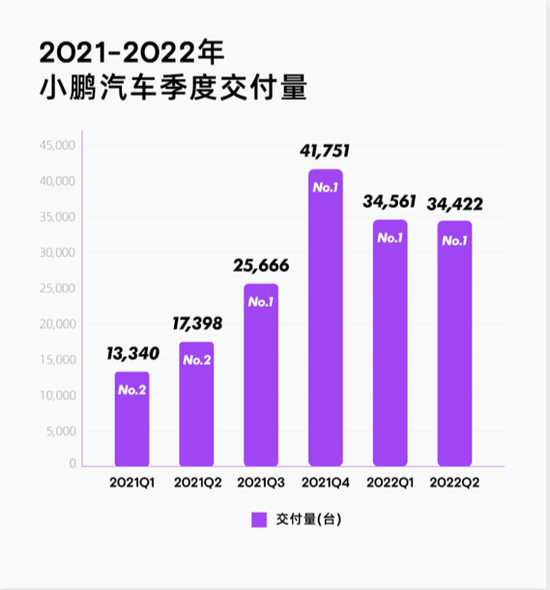 The biggest reason why the stock price keeps falling is the unstoppable loss of Xiaopeng. In this quarter, Xiaopeng’s loss reached a new high of 2.701 billion yuan. Even if the losses caused by exchange rate changes were excluded, the net loss was still as high as 1.7 billion yuan, compared with 1.195 billion yuan in the same period last year; throughout the first half of the year, Xiaopeng’s net loss It was 4.402 billion yuan, down 122.28% year-on-year.

In the face of increasingly fierce competition, the new stage of “over 10,000 sales is just the end of the knockout round”, Xiaopeng needs to come up with new cards.

The problem with widening losses is twofold.

On the one hand, for the entire industry, profitability is a common problem, because the cost of new energy bicycles is too high, and the profit margin has been limited by upstream manufacturers for a long time. According to a study by Oliver Wyman, commissioned by the Financial Times, electric vehicles are 45% more expensive to manufacture than gasoline-powered vehicles, estimated in terms of assembly costs and component costs.

The increase in battery costs brought about by the epidemic caused the gross profit margin of Xiaopeng Motors in this quarter to drop by 1.3% compared with 12.2% in the first quarter of this year.

Secondly, looking at Xpeng’s current models on sale, in addition to the P7 model, the P5 and G3 models are positioned at the mid-to-low end and are not the most profitable models. Among the models delivered in the first quarter of this year, G3 accounted for 18%, P7 accounted for 56%, and P5 accounted for 30%. In the second quarter, with the same delivery volume, the proportion of the most expensive P7 models shrunk to 46%, while the G3 and P5 models rose to 32% and 22%, respectively.

The new model P5 also encountered growth bottlenecks in the second quarter of this year. Different from the surprising sales growth in the previous period, P5 sales in this quarter have always been difficult to break the 5,000 mark. This also increases the difficulty of Xiaopeng’s profitability.

On the other hand, other spending is also expanding.

For Xiaopeng, the key to achieving profitability is a breakthrough in volume. This year, Xiaopeng focused on sales. Even under the influence of the epidemic, the company still opened 22 new stores in the second quarter, maintaining the pace of store expansion. As of the end of June 2022, the company has sold 388 stores nationwide. In terms of data, sales and administrative expenses in the second quarter of 2022 were about 1.66 billion yuan, accounting for 24% of revenue.

R&D investment is also increasing. In the second quarter, Xiaopeng’s R&D expenses were 1.265 billion yuan, an increase of 46.5% year-on-year and a quarter-on-quarter increase of 3.6%.

In addition, in the financial report, Xiaopeng’s delivery guidance for the next quarter is quite conservative, and the Q3 delivery is expected to be only 29,000-31,000 vehicles.

Due to the fierce competition in the new energy vehicle track, under the premise that the gross profit has not been optimized and has been at a low level for a long time, Xiaopeng still has to expand sales and R&D, which also makes its losses inevitably expand.

R & D is difficult to realize

Among the new car-making forces in China, intelligent assisted driving has always been one of the main selling points of Xiaopeng. Xpeng is the first domestic car company to realize full-stack self-developed autonomous driving. Xpeng’s P5 is the world’s first passenger vehicle to mass-produce lidar.

With the continuous development of automobiles in the direction of intelligence and networking, “software-defined automobiles” have become an industry consensus, and software profitability has become an imaginary space for new energy vehicle companies to make profits in the future.

For the full year of 2021, Tesla’s services and other businesses, including autonomous driving software, achieved operating income of $3.802 billion, an increase of 65%. Musk believes that over time, FSD will become the most important part of Tesla’s revenue stream.

As a car company that has always been “intelligent” as its selling point, Xiaopeng’s R&D expenses have always been the highest among Wei Xiaoli’s three companies. According to relevant data, Xiaopeng’s R&D team is also the largest among the new forces. By the end of 2021, the number of R&D personnel of Xiaopeng, Weilai and Ideal is 5,271, 4,809 and 3,415 respectively.

But starting from May 9, Xiaopeng’s intelligent assisted driving software is free. This also means that the original new car’s optional price is 20,000 yuan. If it is installed after the car is picked up, the XPILOT 3.0, which requires 36,000 yuan, cannot become part of the revenue.

Therefore, on July 1, Nomura lowered Xpeng’s target price from $64.6 to $36.3 based on “the inadequacy of software standardization is that this strategy will delay any opportunity to monetize software in the short term”. .

Even the global penetration of Tesla FSD is only 11%, with China and Europe the most conservative. In last year’s Q4 conference call, Musk even said that only 1%-2% of Chinese car owners choose to buy FSD.

The impact of the free strategy is also obvious. According to He Xiaopeng, in Xiaopeng’s orders from early May to the end of July, the penetration rate of medium and high-end models equipped with intelligent assisted driving software has significantly increased to more than 50%.

But even so, with the recent incidents of assisted driving car accidents, it may take a longer period of time to rely on software to make money.

Before self-driving is perfected and users’ minds are occupied, Xiaopeng has no way to make up for marketing expenses through software revenue.

Overall, compared to other new forces, Xiaopeng still has his advantages.

First of all, the upcoming delivery of the Xpeng G9 in October will be the key to improving Xpeng’s revenue in the future.

First, because the current penetration rate of electric vehicles in this field in China is low, according to China’s passenger car insurance registration data, in the second quarter of this year, the penetration rate of BEVs excluding A0 and A00 grades was only 14%, and the market has experienced huge growth. Space, there is a certain potential in running volume.

This new car, which was hailed as “the best SUV within 500,000 yuan” by the founder He Xiaopeng, received 22,819 orders within 24 hours of blind ordering, which is better than the data of the P7 in the same period.

At the same time, according to market rumors, the price of the G9 may be in the range of 350,000 to 450,000 yuan, and the high-end models will greatly help the gross profit of car companies.

Secondly, in the intelligent battlefield, Xiaopeng is indeed at the forefront compared to other peers. For example, in the second quarter of this year, Xiaopeng completed the development and testing of the first mass-produced version of urban NGP, while other manufacturers are currently focusing on high-speed and parking scenarios.

At the same time, compared to Weilai’s battery replacement, Xiaopeng chose super fast charging in the energy replenishment system. As of the beginning of August, Xiaopeng has deployed more than 1,000 charging piles, including 799 supercharging stations and 201 destination stations.

According to the official statement, the 800V high-voltage fast charging technology supported by Xiaopeng G9 can be charged for 5 minutes through Xiaopeng’s ultra-fast charging pile S4, increasing the battery life by 200 kilometers.

This can almost fundamentally solve the battery life problem of electric vehicles.

However, for the current third quarter, Xiaopeng still has many challenges to face.

For example, the current product concentration is in the price range of 100,000-300,000. In this price range, BYD is the absolute king, and it is also the main price range for GAC Trumpchi and other fuel vehicle manufacturers to develop new energy. With limited user attraction, how to maintain market share will be a big challenge.

And with several relatively frequent price reduction adjustments, Xiaopeng has already caused dissatisfaction among some consumers. On the black cat complaint platform, disputes caused by promotional price reductions are not rare.

It is foreseeable that the trough of Xiaopeng will last for some time.

This article is reproduced from: http://finance.sina.com.cn/tech/csj/2022-08-25/doc-imizirav9714781.shtml
This site is for inclusion only, and the copyright belongs to the original author.