In the transformation of education and training, it is not only New Oriental that has improved

Last weekend, many people saw a video in the circle of friends where the male anchor of Fang Lian Yingyin raised a pot to sell steak.

TAL has set a strategic direction for transformation in 2021, including quality education, publishing, smart education, hardware, hosting, overseas and other fields. The publishing business has been identified as an important growth point this year.

A TAL source said the company has been developing its publishing business for several years and has been tepid. In 2021, selling books through live broadcasts will generate about 300 million yuan in publishing revenue, which is not a fraction of its $4.5 billion net income for the fiscal year ended February 28, 2021.

At the beginning of this year, TAL set an annual revenue target of 900 million yuan for the publishing business, which is one of the more aggressive of all its new business attempts. To this end, TAL has certified more than a dozen corporate accounts on Douyin alone, and has also supported more than a dozen knowledge bloggers through the MCN business. A person involved in the live broadcast business said that the company began “calling for Douyin live broadcast from top to bottom” this year.

Last year, Gaotu set four transformation priorities: university and adult education, vocational education, quality education, and intelligent digital products (AI animation courses for teenagers, etc.). A high-end person said that if there are nearly 30 business lines according to the course category, each of which has profit indicators on the back, and the team size will be reduced if it fails to make profits on schedule.

At present, university and adult education are progressing rapidly. The above people said that the financial and business education for adults is close to making a profit, and the postgraduate entrance examination has set the goal of “two years, industry first”. In addition, some high school subjects have achieved profitability.

NetEase Youdao has laid out diversified directions such as hardware and quality before the double reduction. The current transformation focuses on hardware, quality, school entry, and adults. The hardware has always been the long board of NetEase Youdao (including the newly released smart learning lights this year). ), in the first quarter of this year, NetEase Youdao smart hardware revenue increased by 25.4% year-on-year to 253 million yuan, accounting for 21% of the overall revenue.

“Late Point Finance” learned that NetEase Youdao’s hardware business has set a strategy of “one super and many strong” in early 2021, namely dictionary pen + listening treasure + intelligent learning lamp. In addition, the company is also developing learning tablets, with a research and development budget of tens of millions , will be released in July.

Since March 15 this year, the stock prices of New Oriental Online and TAL have risen by more than 200% and 100% respectively. Gaotu stock has also rebounded nearly 60% since its May 26 low. (Chen Jing)

Buffett’s lunch started in 2000. Except for the cancellation of the past two years due to the epidemic, it has been held 20 times, and it has been auctioned for a total of 34.2 million US dollars. The basic reserve price of the first three sessions was sold. After it was changed to online auction in 2003, the transaction price rose to US$250,000; after 2008, it fluctuated between US$1 million and US$3.5 million, and in 2019, it reached a new high of US$4.57 million.

Lunch is usually held at a famous steakhouse in Manhattan, New York, and the per capita consumption is 50 to 80 US dollars, which is insignificant compared to the auction price. However, the winning bidder can bring up to seven companions to participate, and everything can be discussed at the dinner table, except Buffett’s existing and future investment plans. Top topics are said to include career advice, life lessons, and even job opportunities at Berkshire Hathaway .

In addition to Anonymous, at least 4 lunches were photographed by Chinese people. The earliest was Duan Yongping in 2006, and Huang Zheng, the founder of Pinduoduo, participated together; the most recent one was Justin Sun in 2019, who is said to want to persuade Buffett to support Bitcoin , but so far without success. And hedge fund manager Ted Weschler, who won two bids in 2010 and 2011, was hired as Berkshire’s investment manager a year after lunch and is now considered a potential successor to Buffett after retirement.

The auction will end at 10:30 pm local time on the 17th (10:30 am Beijing time on the 18th). According to past experience, determined bidders often bid only in the last hour or two, and the number of bids usually reaches dozens or even hundreds of times. eBay CEO predicts that this year’s transaction price will hit a new high. (Lin Guangying) 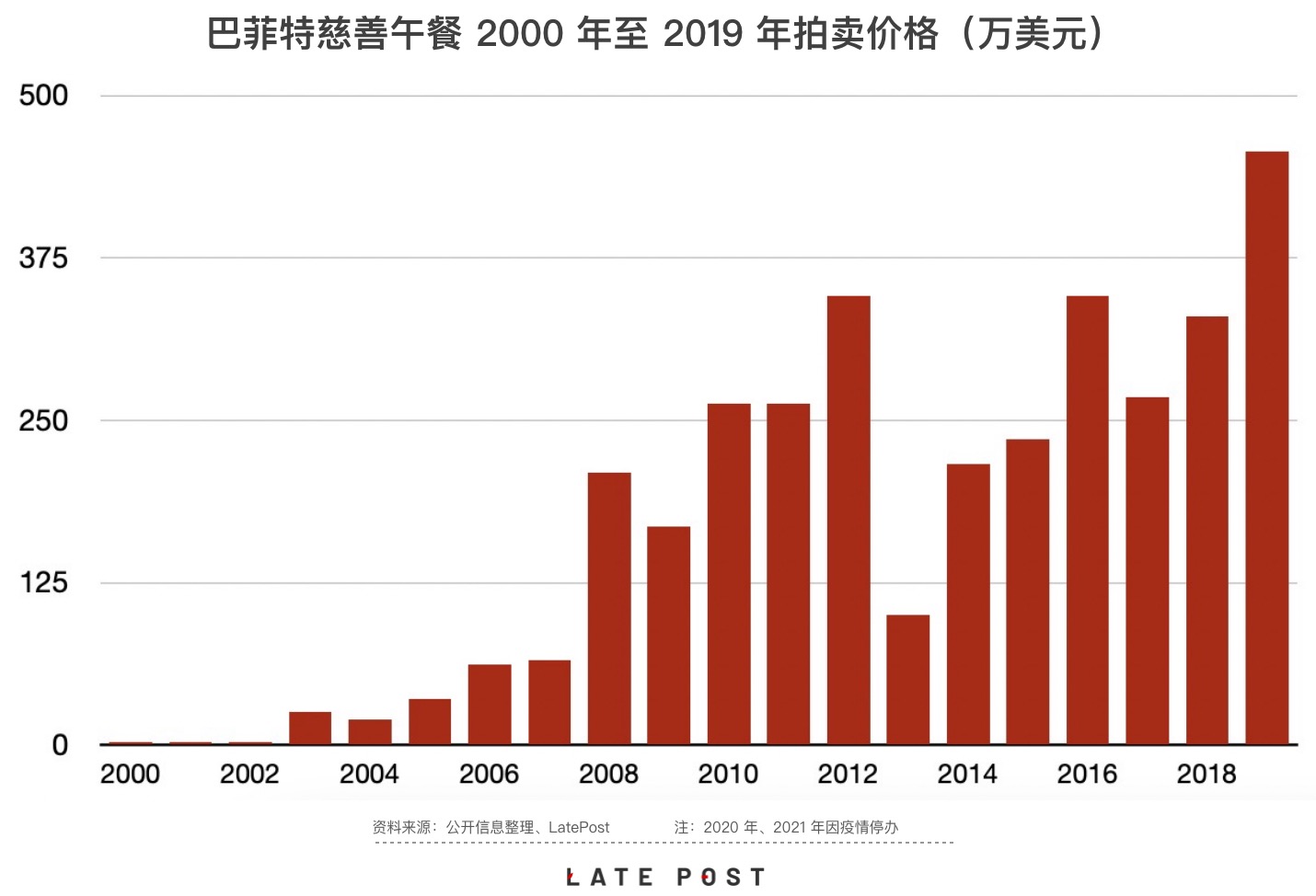 At least 6 domestically produced new crown mRNA vaccines have been approved for clinical trials, but they are still far from the market

Shanghai Disneyland has added new open areas, and the park will remain closed.

Shanghai Disney announced on June 14 that from June 16, some external areas next to Disneyland will be opened, including the shopping and leisure area Disneytown and the Disneyland Hotel. Previously, peripheral areas such as Wishing Star Park, Disney World Store and Blue Sky Avenue were opened in advance. Disneyland itself and the Toy Story hotel, which is directly connected to the park via the artificial lake, remain closed.

The revised management regulations set up 27 regulations, proposing what can and cannot be done by application providers, application distribution platforms and other subjects. For example, application providers are prohibited from bundling downloads, or users are induced to download by brushing the list or controlling reviews. Or, if the application has “new technologies, new applications, and new functions with public opinion attributes or social mobilization capabilities”, a security assessment should be conducted in accordance with relevant state regulations.

He Xiaopeng talked about the three challenges that electric vehicles still have to face when replacing oil vehicles in a period of high oil prices.

He Xiaopeng, chairman of Xiaopeng Motors, said on his personal Weibo account on June 14 that after the rise in oil prices, pure electric vehicles have three biggest challenges, among which charging efficiency and charging convenience for users (the first challenge). He Xiaopeng announced that Xiaopeng Motors will start laying new super charging piles in the second half of this year, charging from 10% to 80% in 12 minutes. There are also two challenges. He Xiaopeng may have forgotten to say on Weibo that what “Laidian Caijing” has learned is the cruising range and the cost of electrification.

The Ministry of Industry and Information Technology mentioned on the 14th that more than 600 new energy vehicle industry support policies in the past have promoted the rapid formation of the market, but there are still shortcomings in the current industry, and further improvement plans will be given in the future, including whether to continue the new energy vehicles originally planned to be terminated at the end of this year. Purchase tax reduction and exemption policy (10%), optimization of the “double points” program, etc. At the end of last month, the Ministry of Finance made it clear that the purchase subsidy would end at the end of this year.

According to media reports, several large Chinese securities firms, including Guotai Junan International, Haitong International, and CMB International, cut staff in their Hong Kong investment banking departments to save money during the sharp drop in Hong Kong stock IPOs. Another Chinese investment bank, which used to focus on the technology sector, relocated some of its bond business staff to the equity research department. In the first three months of this year, 17 companies listed on the Hong Kong Stock Exchange, raising HK$14.9 billion, about 10% of the same period last year.

According to Caixin.com, merchants in Shanghai Qipu Road clothing wholesale market called for rent reduction. Many merchants said that they had closed for March and missed the peak season of spring and summer clothing wholesale. , hoping to reduce some of the rent. According to reports, the owners of the area are all individual landlords. The market opened on the 13th, but most of the merchants are still closed.

The turnover of A shares exceeded one trillion yuan again, and the Shanghai Composite Index rebounded in a “V” shape.

On June 14, the turnover of A shares reached 1,099.6 billion yuan, continuing to exceed one trillion yuan. The Shanghai Composite Index fell nearly 2% at 11:19, and has since rebounded, closing up 1.02% as of 3:00 pm. Several heavyweights such as Kweichow Moutai, Industrial and Commercial Bank of China, Agricultural Bank of China and PetroChina all rose, of which PetroChina rose 5.43%. The ChiNext also reversed, but only closed up 0.07%, while the Ningde Times, which has the largest weight on the ChiNext, fell 0.27%.

Qiaoyuan shares went public for the first time, rising by more than 70%, and Audiwei broke.

Two new A shares were listed today. Qiaoyuan shares, which produce industrial gases, landed on the Growth Enterprise Market, with an issue price of 16.91 yuan per share, and an opening price of 26.88 yuan per share, an increase of more than 71% as of the close. Audiwei, which produces smart sensors, broke at the opening and fell 7.5% as of the close.

Cathay Pacific’s passenger traffic in May was 57,982.

Cathay Pacific’s passenger traffic in May was 57,982, an increase of 42% from the previous month and a decrease of 98% from the same period in 2019; the cargo volume was similar from the previous month, 45% less than before the epidemic. Management said that the further relaxation of restrictions by the Hong Kong SAR government in May had a positive impact; the company increased passenger flight capacity in May, especially to provide more convenient services for passengers departing from mainland China to the United States, Europe, Australia and other places. Cargo volumes also began to pick up at the end of May as Shanghai gradually eased its epidemic prevention measures.

Apple faces an antitrust probe in Germany over restrictions on data tracking by third-party apps.

Israeli lab-grown diamond Lusix recently completed $90 million in financing, with investors including LVMH, Ragnar Crossover Fund, etc. Tag Heuer, owned by LVMH, was the first luxury brand to embrace lab-grown diamonds, releasing a series of lab-grown diamond watches in March that executives said were not meant to replace natural diamonds, but provided unique shapes and textures. The industry believes that the addition of LVMH may accelerate the maturity of the artificial diamond industry and consumer market.

Sequoia has set up its first-ever US$850 million dedicated fund for Southeast Asia, in addition to raising a new US$2 billion fund for India. At present, Sequoia India is responsible for two regional businesses, with assets under management of about 9 billion US dollars. It is said that it has invested in more than 400 start-ups, and 36 are valued at more than 1 billion US dollars, including GoTo, the largest listed technology company in Indonesia. At a time when capital is flowing out of emerging markets, local startups are getting cheap.

Yet another luxury merchant accepts cryptocurrency payments. Farfetch plans to cooperate with Lunu, a cryptocurrency platform, to provide encrypted payment services for cooperative stores. Initially, 7 types of cryptocurrencies such as Bitcoin and Ethereum will be accepted. Returns will be returned in cryptocurrency at the latest exchange rate. Previously, Gucci, LVMH’s TAG Heuer, as well as auction houses such as Christie’s and Sotheby’s have announced that they will accept encrypted asset payments.

The cloud business drove Oracle’s performance to exceed expectations, and the stock price rose 15% against the trend.

Oracle’s revenue in the fourth quarter ended May 31 was $11.8 billion, an increase of 5.5% year-on-year, of which cloud computing business increased by 19% to $2.9 billion; operating profit was $4.5 billion, a 6% year-on-year increase excluding the impact of exchange rates. Oracle completed its $28.3 billion acquisition of medical IT company Cerner last week, which is expected to bring 17% revenue growth this quarter. Management said that cloud applications and informatization in the health care sector are progressing slowly and will become Oracle’s largest business in the future. .

This article is reproduced from: https://www.latepost.com/news/dj_detail?id=1181
This site is for inclusion only, and the copyright belongs to the original author.