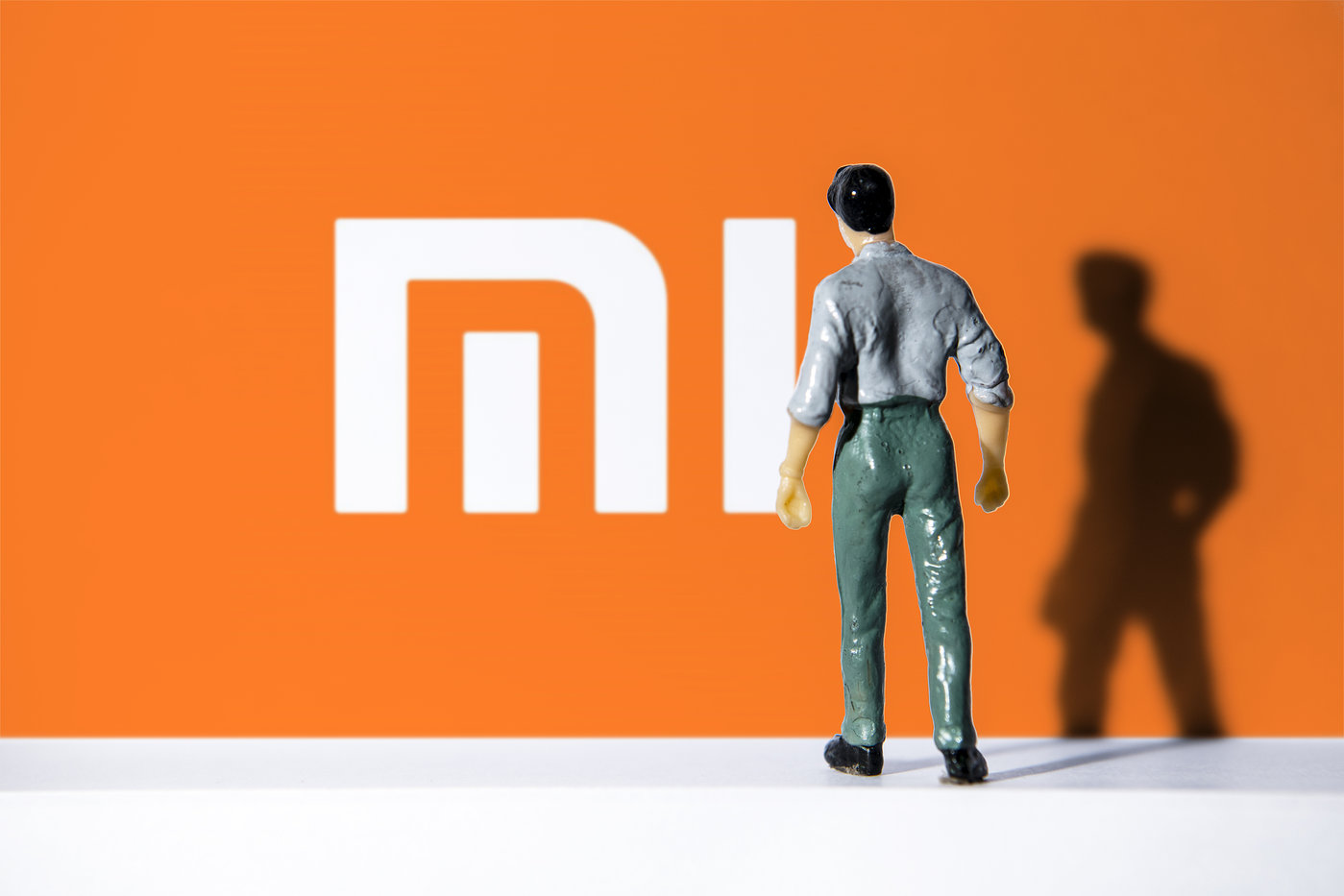 Nowadays, among the Internet veterans, not many are often active in the public eye. Even if Zhang Chaoyang, Yu Minhong and others were on the hot search some time ago, they are not comparable to Lei Jun, who has been an “Internet celebrity” for more than ten years.

Last night, Lei Jun took the podium for the third time after unlocking the profession of “speaker” in 2020.

In the 2 hours and 40 minutes of speech, the Xiaomi car, which is most concerned by the outside world, only took up less than 9 minutes (including a 2 and a half minutes of video). The space is so small that it gives the illusion that the car project is at the same level as the aforementioned Xiaomi phones, watches, and tablets.

And Lei Jun himself declared: “We will not refute rumors or introduce new developments in the next two years.”

In fact, in the 500 days since Xiaomi announced that it was building a car, apart from being occasionally photographed appearing in XX car companies, and after a part-time car blogger posted a few irrelevant car “encyclopedias”, Lei Jun and Xiaomi executives almost all is tight-lipped.

It seems that when major car companies “draw” traffic in various ways, Xiaomi is doing the opposite.

In this speech, Lei Jun did not disclose more car research and development progress, but he unexpectedly showed off the “muscle” of autonomous driving, and declared that autonomous driving would be the first breakthrough for Xiaomi cars.

Looking back on the development of Xiaomi mobile phones, software first is Lei Jun’s style.

For autonomous driving, Xiaomi has planned an investment of 3.3 billion yuan in the first phase, and the number of R&D teams has also exceeded 500. In the first phase, 140 test vehicles will be launched to test all over the country.

In terms of the number of test vehicles, the data at the beginning of the year showed that Baidu Apollo has a scale of about 500+, Pony.ai is about 200+, and AutoX is ahead with more than 1,000 vehicles.

From a technical point of view, within a year and a half, the BYD Han self-driving test vehicle modified by Xiaomi can now achieve functions such as on/off ramps, high-speed/city pilot driving, and automatic parking. It also performs well in scenarios such as avoiding pedestrians/vehicles and unprotected U-turns.

Considering that the top of the test car is equipped with Hesai Pandar 128 mechanical lidar (there is more than one lidar on the Internet), rather than the semi-solid radar selected by most models such as the ideal L9 and Weilai ET7, this intelligent driving There should be a certain gap between hardware and software and mass-produced models.

Generally speaking, the scanning module and the laser transceiver module in the mechanical lidar can achieve 360° rotation, with better detection, and at the same time, the structure is more complex and the volume is larger, and the natural cost will be higher. The semi-solid lidar only scans the movement of the module, and the detection effect is slightly worse, but the volume is smaller and the cost is lower.

At present, it seems that the Xiaomi test car is built with the Robotaxi framework, not the automatic driving route from L2 to L4 that most car companies choose at present. Does this mean that the field of Robotaxi will be involved in the future?

This is not without exception among car companies. He Xiaopeng, who has always regarded Lei Jun as the “big brother”, also announced this year that Xiaopeng Motors will soon launch the Robotaxi business.

From this perspective, Xiaomi’s current autonomous driving capabilities cannot be directly equated with Xiaomi cars, but are more like two lines that do not conflict but can intersect in the future.

Lei Jun is most concerned about the performance of the capital market.

From the monthly level, Xiaomi has closed over 14 months since its stock price peaked in early 2021. Even when the stock prices of many OEMs soared in May and June this year, the downward trend has not stopped.

In his speech last year, Lei Jun mentioned that when Xiaomi’s stock price plummeted after it went public, an investor from strategy to product to management took Xiaomi as a primary school student for more than an hour, and Lei Jun even wet his shirt.

Obviously, for the capital market, autonomous driving is more imaginative than a model that has not yet been mass-produced.

Although Lei Jun has set the goal of “entering the first camp in the autonomous driving industry in 2024”, Xiaomi’s first car is likely to only need to submit an ordinary answer sheet.

After all, the more mistakes you make, the more likely you are to make mistakes. Consumers will not give Xiaomi tolerance for large consumer goods such as cars because Xiaomi is a “novice”.

As a real estate manufacturer, Evergrande is very aware of this, so the expensive Hengchi 5 is a little conservative in other aspects except for being “big” and a “famous brand”.

Similarly, although Huawei has not built a car, its deeply involved M5 has achieved sales of over 7,000 in a single month, while the M5/M7 is not very good in terms of its assisted driving ability or vehicle performance. It is still a bit backward, but it still relies on Huawei’s brand and channels to become the focus of consumers’ attention.

If we summarize Huawei’s HI and smart selection models in general, both of them are actually taking Huawei’s advantages to compete with car companies, such as MDC computing platform + lidar + autonomous driving capabilities, Hongmeng OS + Huawei brand + channel capabilities.

However, compared to Huawei’s ICT, chips, computing platform experience and concentration, which are backed by Baidu’s Apollo’s many years of autonomous driving technology accumulation, Xiaomi’s layout in this area is relatively lacking, and the level of autonomous driving released is also similar to “predecessors”. There is a certain gap.

Xiaomi’s first car can have pre-embedded hardware, but it is not required. Because at the moment when autonomous driving/advanced assisted driving has not yet become a mainstream demand, its ability to drive car sales is not strong, but it is more attractive to capital.

From Lei Jun to the entire Xiaomi brand’s publicity for Xiaomi cars, it seems that they are also trying to keep the volume down to reduce consumers’ expectations.

Some time ago, Continental announced that the 5R1V (5 millimeter-wave radar and 1 camera) multi-sensor fusion system solution equipped with the Horizon Journey 3 chip has received mass production orders from a well-known domestic car-making new force, which will be put into production in 2024.

The industry believes that this new force should refer to Xiaomi.

From a high probability point of view, the former will undertake some of Xiaomi’s self-developed autonomous driving technologies and accumulate experience for the iteration of autonomous driving capabilities, while the latter will undertake the task of occupying the market and taking volume. After all, the market in 2024 will be reserved for Xiaomi Auto There may not be many opportunities, and Xiaomi does need to walk on two legs.

This range also just avoids the head power of new cars. Xiaomi can also compete with waist power and traditional fuel vehicles through its own influence, user base, and at the same time, it retains the possibility of the main brand going up.

Lei Jun’s speech this time, it is false to cry for Xiaomi Auto, and it is true to cheer for Xiaomi Group.

This article is reprinted from: https://readhub.cn/topic/8ira6QfYPtH
This site is for inclusion only, and the copyright belongs to the original author.