Updates to Halo: Infinite have remained fairly slow since the game’s official launch last December. Not only are there only a handful of updates, but there are also very few updates for the second season that took 6 months to release.

In the second season update in May, only two of the most important new maps of “Infinite” were released, and even the three new modes claimed were only implemented on the day of launch, one of which was the traditional “Halo” series. “King of the Hill” mode.

For the daily lazy 343 studio, players have naturally lost their enthusiasm at the beginning of the release, and the number of players on the Steam version has dropped from a high of 200,000 to about 5,000.

Quite a bit of content leads to a barren gameplay experience, but that’s not Infinite’s most frustrating aspect.

For any multiplayer game, the game data after the game is undoubtedly a very important part. The number of kills, hit rate, damage, achievement bar, all performances can be presented in fairly clear numbers or graphs. In this way, players who intend to improve the game level can feel the feedback brought by the progress in the continuous game.

But so far, “Infinite” still does not provide players with such a data record that can be checked at any time. Most of the time, players can only see their own pass progress and a fairly simple settlement page.

For a long time, “Infinite” players had to rely on some third-party software, such as “Game Box” websites, to check their summary data in multiple games.

This is dominated by two websites, one is TrackerNetwork, which provides multiple game data queries at the same time, and the other is Halo Date Hive, which focuses on the Halo series. Although the former is large in size, due to the large number of game resources, it often cannot meet the needs of in-depth players in the query of many details. Hive can provide all kinds of breakdown data in detail-detailed map, mode, season, average casualties per game, and can be displayed directly in the form of icons.

The main support for this huge data is a fan organization called HaloDotAPI. It was created as early as 2021 by a fan named Bize for $2,500, and has since been acquired and grown by a data company. But from beginning to end, HaloDotAPI has been the only organization on the market that provides game data for Infinite players.

Fans have done things that were not officially done. It can be said that what HaloDotAPi is doing is so important. Only at the end of June this year, the head of the team suddenly published a blog, the content is that due to funding problems, the business of HaloDotAPI will be closed at the end of July.

This has affected all data websites downstream of the chain, including Hive. Hive has suspended the update of some data on the day the blog was published, and players cannot search their game records for the time being.

In the blog, the person in charge admitted that it is quite difficult for him, a small team of only 7 people, to maintain the business of HaloDotAPI. For this reason, they have been in contact with 343 studio a long time ago, hoping to get an official s help.

Just using the original words in the blog: “(343) has done its best to support us. But because Microsoft considers the policy and legality of the use of player data, they have no way to give more updates. Much help.”

It seems that as long as the issue of privacy data is ruled out, 343 will lend a helping hand, so the person in charge asked players to actively speak under the SaveHaloDotAPI tag on Twitter in the article, so as to strive for the “right people” to see the article, Help the project keep running. 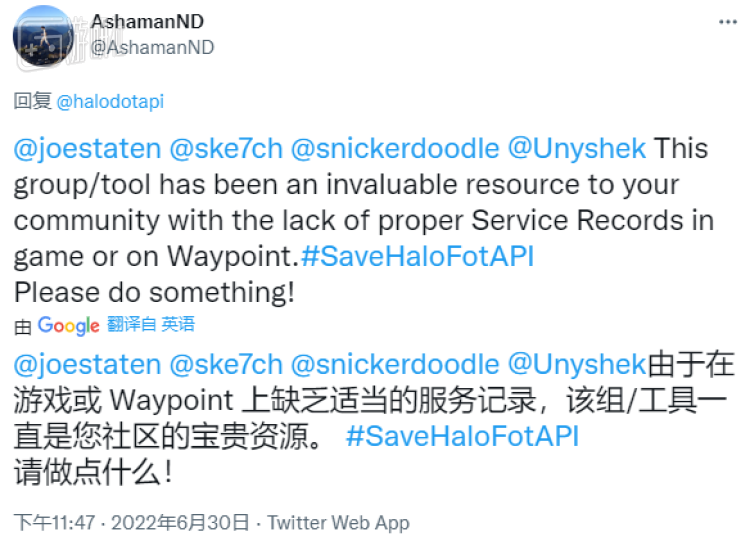 The comments of netizens seem to have played a role, and the article was quickly updated, but this time the statement in the blog post became this: “Microsoft has told us that policy issues should not be an obstacle, but 343 Studio said they still Unable to cooperate with us… We ask people to respect 343’s decision.”

The purpose of the leaders is actually quite simple, they can accept help in any way as long as they can keep the HaloDot API alive and serving the players. They are even willing to deliver their own full set of data and help players with data migration after delivery – but all conditions are blocked, on the grounds that 343 said they want to build the data collection system by themselves. 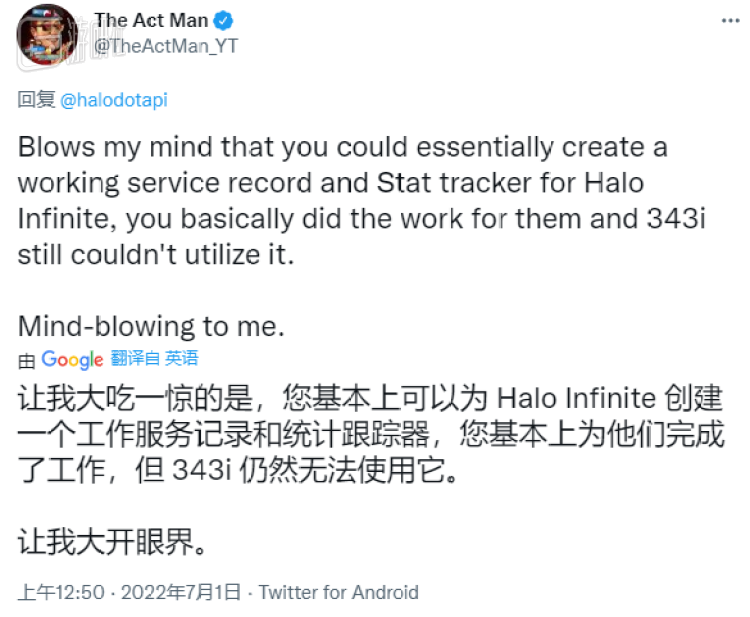 Despite this, the person in charge still expressed his understanding of the decision made by 343. After all, from a commercial point of view, it is indeed a matter to be negotiated by the government to invest heavily in the community or outsource work.

Here’s where things get stuck, and whether it’s Microsoft’s own decision or 343’s own decision, hopes for official support are dashed. The person in charge had to open a subscription system, hoping that the amount of donations from people will determine the date when the project will finally survive. But at present, there is still a long way to go before the long-term operation of the project. 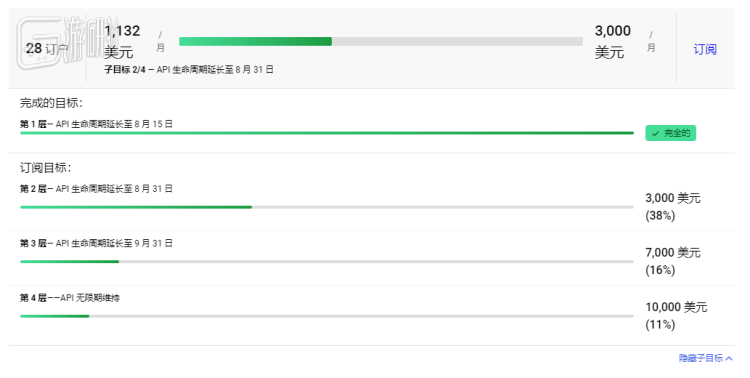 Can live more than half a month

At the same time, the person in charge also promised that if the project faces the end, they will choose to return all donations to the donors, and all data will disappear completely after the project ends.

The fan community @HaloHub, which also provides information to players, wrote in a tweet: “If 343 really wants to revive the “Halo” IP, this is definitely a bad business decision.”

This article is reprinted from: https://www.yystv.cn/p/9478
This site is for inclusion only, and the copyright belongs to the original author.