Notice in the morning, resignation in the afternoon! When it comes to layoffs by Internet companies, I am afraid no one is more straightforward than Huya.

In April this year, Huya was exposed to layoffs. Among them, the proportion of layoffs in international business and domestic business is 70% and 20% respectively, involving more than 500 people. And Douyu, a fraternal brother of Huya, has also laid off 30% of its employees.

In fact, Huya and Douyu were not only laid off from employees, but also for game live broadcasts and users. Huya anchor and LOL professional player UZI also suspended the live broadcast in April this year. According to industry insiders, the reason for UZI to suspend the live broadcast is that it signed a tripartite contract with the live broadcast platform, the team, and the brokerage company, but in the end, the game did not result in the decision to stop the broadcast.

According to the second quarter financial reports released by Douyu and Huya, the average monthly active users and paying users of Douyu on the mobile terminal were 55.7 million and 6.6 million, respectively, down 8% and 8.3% from the same period. Although the monthly active users of Huya mobile terminal increased by 7% year-on-year to 83.6 million, the increase of users did not lead to the increase of paying users. The 5.6 million paying users were basically the same as the same period last year.

The capital market also showed a negative attitude. The stock price of Huya reached US$50.82 per share at its highest point, but as of the close of US stocks on September 19, Huya’s stock price was only US$2.8 per share. The Douyu share price was $20.54 at its highest, but it is currently only $1.24 per share. Both companies lost more than 90% of their market value. 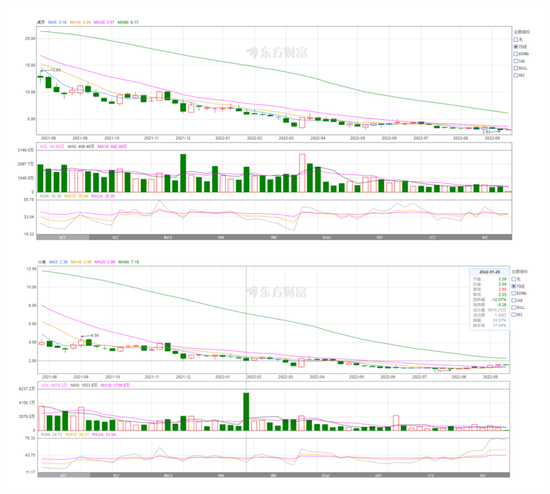 Game live broadcast is one of the industries that used to “make money while lying down”, and Huya and Douyu have basically formed a duopoly in terms of market share, number of active users, and anchor resources.

But in just a few years, the first-tier players of the two game live broadcasts are facing the fate of layoffs, the escape of anchors, the loss of users, and the loss of stock prices. Under such a huge contrast, the outside world also wants to know: what happened to Douyu and Huya?

Driven by many factors, fading acceleration

Taking the financial report of Huya in the fourth quarter of 2019 as an example, the revenue from live broadcasts and advertising were 2.346 billion yuan and 121 million yuan respectively, accounting for 95.06% and 4.9% of Huya’s total revenue for the quarter, respectively. During the same period, Douyu’s live broadcast revenue was 1.892 billion yuan, accounting for 91.8% of the quarter’s total revenue.

Li Wei, the person in charge of an advertising agency in Shanghai, told Value Planet, “The proportion of advertising revenue in Douyu and Huya is too low due to the fact that their DSP advertising platform has too little traffic, and it is compared with Toutiao’s huge engine advertising system. , the background function is single, the customer accuracy is not high, it is difficult for them to make the customer’s ROI high.” He once served a domestic game advertising company, and the company’s advertising director clearly requested, “The 12 million advertising fee is only allowed 10 10,000 yuan was put into the Huya platform to test the advertising effect.”

However, the revenue of Douyu and Huya relies too much on live broadcast rewards, and it is difficult to be sustainable. On the one hand, it is forbidden for minors to give rewards, the platform must limit the maximum reward amount of users per time, daily and monthly, and a series of policy supervision policies such as the cancellation of the live broadcast reward list will continue to be implemented, allowing Douyu, Huya has come to the crossroads of development.

However, in the same period, the payment rate of live broadcast users has dropped from 13.71% in the first three quarters of 2019 to 12.84% in 2020. The average income of users dropped from 52.5 yuan to 47 yuan, a decrease of 10.48%. Obviously, under the impact of the epidemic, the willingness of users to give rewards for live broadcasts is also significantly reduced.

Under the combined influence of the above two factors, Huya and Douyu’s live broadcast reward revenue is also declining. Taking the second quarter of this year as an example, the livestreaming revenue of Huya and Douyu were 2.052 billion yuan and 1.786 billion yuan respectively, a decrease of 20% and 18.8% respectively over the same period.

The anchors have to find another way out

Under the circumstance that the platform’s income continues to decline, the anchors who rely on the platform to survive will naturally have to find another way out.

Zhao Lei, the head of a game trade union in Beijing, told Value Planet that after the introduction of the ban on live broadcast rewards, the income of the 200 game anchors signed by his company dropped by more than 60%. Under business pressure, he could only let These game anchors have shifted their live broadcast positions from Huya and Douyu to Douyin and Kuaishou, which have more traffic.

Zhao Lei added that the reason for making this decision lies in the following two points. On the one hand, for the game live broadcast industry, wherever there is traffic, it will broadcast live. Moreover, Douyin’s interest algorithm recommendation is more beneficial to small and medium-sized anchors. In contrast, the banner+ search recommendation of Huya and Douyu makes it difficult to make a breakthrough in the number of people in the live broadcast room.

From the follow-up live broadcast effect, it also confirmed Zhao Lei’s idea. A game anchor under his company’s live broadcast content is chess and card games, and his popularity in the live broadcast room of Douyin can reach 60,000+, while the popularity of Huya was only 500+ before.

On the other hand, Douyin and Kuaishou can diversify the income sources of game anchors and trade unions. The goods brought in the game live broadcast, and the brand’s business list is implanted in the daily video from time to time. After Douyin launched the mid-video plan, game anchors can record videos specially, and generate revenue through editing and publishing of videos. At present, the company’s game anchors are significantly less reliant on live broadcast rewards.

In fact, the loss of Douyu and Huya is not only the loss of small and medium-sized game anchors, but the loss of top game anchors is also accelerating. Because the head anchor has a strong ability to gather fans and attract money, it has always been the object of the game-related live broadcast platform. In recent years, live broadcast platforms such as Station B, Douyin, Kuaishou, Douyu, and Huya have continued to stage stories of digging each other’s corners.

For example, Feng Moti, as the anchor created by Douyu, was poached by Station B. It is said on the Internet that the reason why Feng Modi and Douyu did not renew the contract was that Douyu could not pay his commission due to Feng Modi’s high value.

When the head anchor signs a contract with a certain anchor platform, they generally ask the platform to provide traffic tilt resources, sky-high signing fees, follow-up promotion resources, etc. This process is actually a process of mutual game between the two parties.

In the context of stricter industry supervision and intensified market competition by comprehensive platforms, as of the first half of this year, Douyu has suffered continuous losses for seven consecutive quarters, with a cumulative loss of 940 million yuan. Huya started to turn from profit to loss in Q4 of 2021, with an amount of about 313 million yuan, and has suffered losses for 3 consecutive quarters so far. Obviously, a vicious cycle has begun – after the company continued to lose money, Huya and Douyu were also unable to sign the head anchors as generously as before.

Since the fans of the top game anchors are generally very sticky, when the game anchors leave Huya, they will directly take away a large number of fans.

Xiaodong, a senior user of Huya, told Value Planet that the reason why he liked Huya so much in the past is that on the one hand, Huya has a large number of game anchors that he likes, and on the other hand, different game anchors can explain different games. “But now the host is gone, and Huya has not introduced any new games, so now it is rare to open Huya’s APP and applet.” 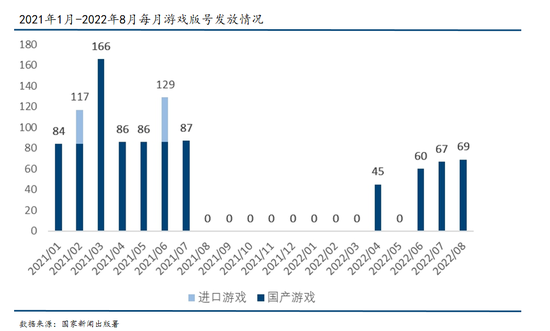 In fact, for nearly 8 months from August 2021 to March 2022, the National Press and Publication Administration suspends the distribution of game version numbers. During this period, Huya and Douyu could only barely maintain users by relying on existing stock games, but when a game is broadcast repeatedly, how many users are willing to pay continuously?

The road is long and difficult, how to transform?

Although from April this year, the domestic game version number has been restarted. But for Douyu and Huya, the future development is still full of uncertainties.

First, what is the moat of the two companies Douyu and Huya? They are in the middle of the game live broadcast industry chain, and they show varying degrees of dependence on upstream content providers and downstream users. 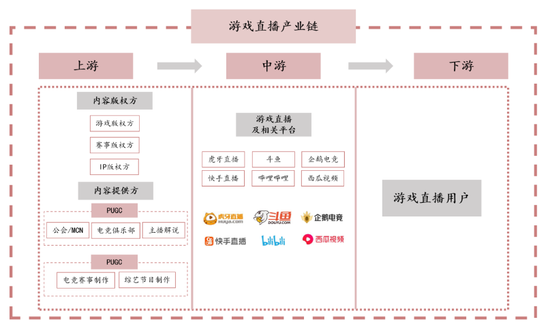 Second, how do Douyu and Huya expand their business models? An industry insider pointed out that what Douyu wants to do is centered on the game, with a complete form of communication such as live broadcast, video, and graphics. When users watch the live broadcast, they can connect with the live broadcast room scene, and the anchor can accompany users to play games.

Huya still focuses on vertical professional content. In the first half of this year, Huya has invested in 120 e-sports events. In the future, Huya may gradually introduce it to pan-entertainment anchors and trade unions.

However, the problem that Douyu’s transformation actually solves is the loss of users, which is not very helpful to the improvement of the company’s business and profits. However, this transformation of Huya still fails to solve a core problem: how to reduce the problem of excessive reliance on live broadcast rewards. And in the field of pan-entertainment, in addition to facing the competition of short videos, it must also compete with QQ Music and NetEase Cloud Music at the same time.

Reflected in the financial reports of the two companies, in the second quarter of this year, Douyu and Huya’s livestreaming revenue accounted for 96.4% and 90.2% of the quarter’s revenue, respectively, and the company still did not find a new profit growth curve.

Third, who will continue the “blood transfusion” for Douyu and Huya? In fact, the reason why Douyu and Huya were able to win the fierce game live broadcast platform battle was directly related to the capital push behind them.

But the problem is that the attitude of the capital market is also changing today. An investor said, “In this year’s environment, we pay more attention to the continued profitability of a company. The previous practice of burning money to gain users and market share was not considered by everyone.”

According to Huya’s financial report, as of September 2021, Huya’s cash and cash equivalents were US$1.72 billion and total liabilities were US$430 million. The company is also reducing costs and increasing efficiency by laying off staff and improving operational efficiency. But the question is, if Huya still can’t explore a truly sustainable profit model, how long can the company’s existing cash flow be able to support it?

Segments, vertical tracks, the story sounds good. However, how to survive in the fierce market may be a problem that vertical enterprises must think about.

This article is reproduced from: http://finance.sina.com.cn/tech/csj/2022-09-20/doc-imqqsmrn9780307.shtml
This site is for inclusion only, and the copyright belongs to the original author.