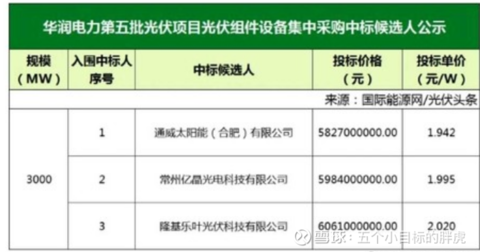 I am not at all surprised by this. I published on July 27, ” Winner Takes All – The General Trend of Photovoltaic Mergers and Integration in the Next Five Years “, which has named the integration and merger as the development of photovoltaics in the next five years. major trend. Among them, Tongwei and LONGi will adopt top-down integration and bottom-up integration respectively, but Tongwei will become the biggest winner of photovoltaic integration because: First, Tongwei has a higher concentration in the upstream , the newly added 28 billion investment and 400,000 tons of production capacity provide a solid foundation for the maintenance of this concentration. Second, Tongwei’s implementation of integration costs is lower, and it can digest its own silicon material, which can completely hedge against the risk of falling silicon material prices. Don’t look at the current market value of LONGi is about twice that of Tongwei, but now through the new investment of 28 billion and 400,000 tons and vigorously promoting the integration process, it has shown good growth. Tongwei’s PE is about 10%. Seriously underestimated, with reference to history, a pe of 20 is reasonable. For details, please refer to ” Reading Tongwei’s Financial Report – 500 Billion Market Value Is Just Leisure (Easter Egg at the End of the Article) “, ” Tongwei Album – 500 Billion Market Value Is Already In The Net “. I have also communicated with the leaders of several brokerage research institutes on this point. Through the feedback, the degree of recognition is relatively high. Tongwei has already made a lot of money, making more than 12 billion yuan in half a year . The key to the next step to increase the market value is the continuous ability to make money, and the second is that Tongwei’s growth has been underestimated by the outside world, and pe is seriously underestimated. If the market increases Tongwei’s pe from 10 to 20, the corresponding share price will be the same as that of LONGi, so the gap of doubling the market value will not be so difficult to break through. The market will continue to correct this point in the development of Tongwei.

Of course, it’s not that I’m not optimistic about LONGi. I have always been optimistic about LONGi as a company. I have had real contact with LONGi in the early years of its development. I am very familiar with Xi’an, and one of LONGi’s executives is also an acquaintance of mine. LONGi can always remain in the top two in the photovoltaic industry, but it is easy to conquer the country and difficult to defend, and more people are staring at the position of the industry leader. Tongwei has expressed its firm determination and strong strength to promote integration by obtaining a large order for photovoltaic downstream components this time, and will become the leader of the photovoltaic industry step by step in the next five years. #Photovoltaic stocks are strengthening collectively, Jinlang Technology and Jingsheng Electromechanical have reached new highs# #Tongwei’s net profit has more than tripled year-on-year # #Creator Star Plan# @ Hu Ziyi Zoey @Logic Research Institute @Today’s topic @snowball creator center @Snowball Fund $Tongwei (SH600438)$ $TBEA (SH600089)$ $LONGi Green Energy (SH601012)$

There are 112 discussions on this topic in Snowball, click to view.
Snowball is an investor’s social network, and smart investors are here.
Click to download Snowball mobile client http://xueqiu.com/xz ]]>