Introduction: When I read Raft’s big paper before, I didn’t understand the part of “cluster change”. So I recently re-read this part of the big thesis, and the following are some records I made during the re-reading. This part of the content is planned to be divided into two articles. This is the first article, which mainly explains the theoretical basis of the member change process, and the second article explains the problems in practice.

“Cluster membership change” refers to the addition and deletion of nodes in a cluster, which is an essential operation in a distributed system because there is no guarantee that all nodes in a cluster can always work very good. Raft’s big paper ” Consensus: Bridging Theory and Practice ” has a dedicated section to explain this part.

First of all, the Raft algorithm requires all operations to ensure safety, that is, there can be no two leader nodes in the cluster at the same time. The “cluster member change” algorithm must also ensure that the major premise of security cannot be violated, so the paper explains why it is not allowed to directly change multiple nodes: 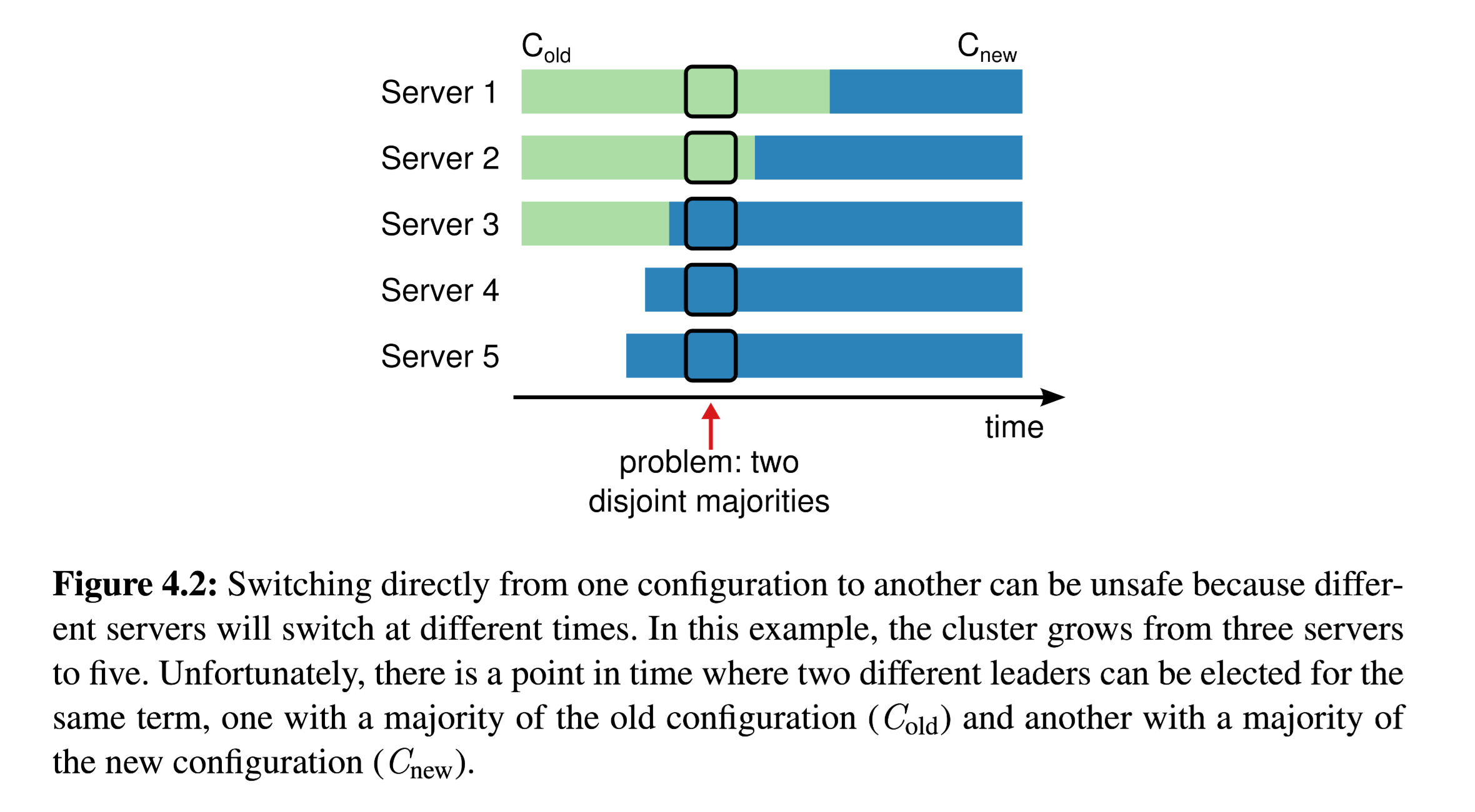 In the illustration above:

It should be noted that in the above example of the error, the error is caused by the simultaneous occurrence of two types of behaviors: 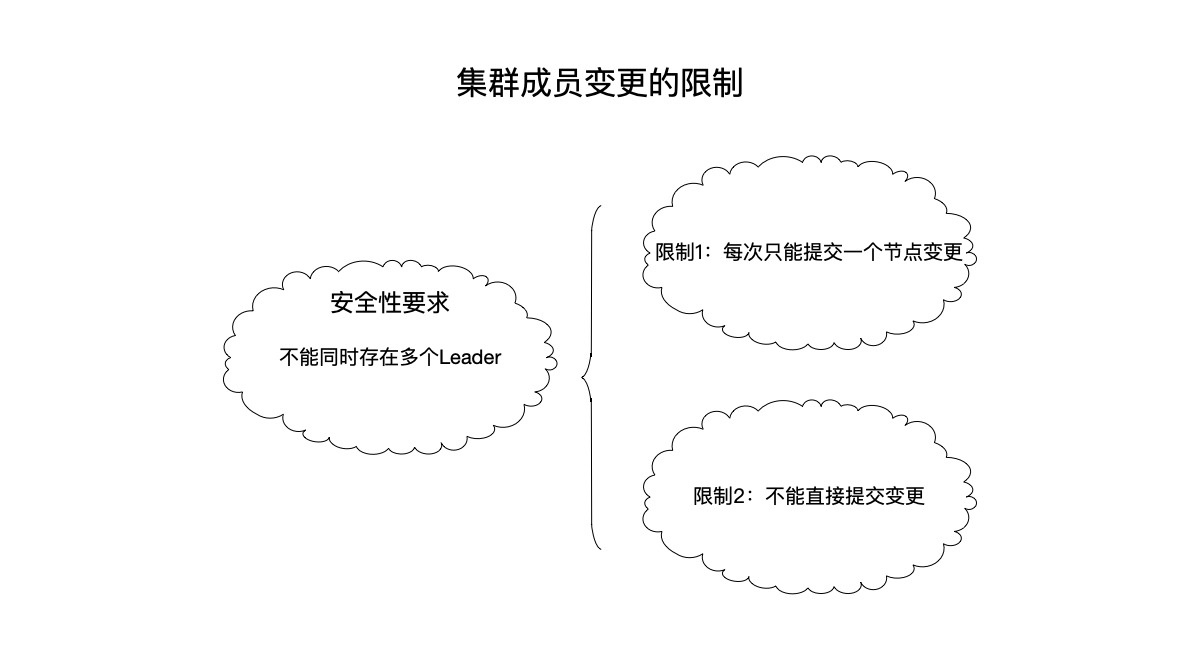 Therefore, since these two error operations occur together to cause errors, two solutions are given in the paper:

The two different implementations are described below.

Change a single node at a time

If it is limited to change only one node at a time, then it can be ensured that “the quorum sets of the new and old sets are overlapped.” security can be indirectly guaranteed.

The paper uses the following examples to illustrate the correctness of this operation: 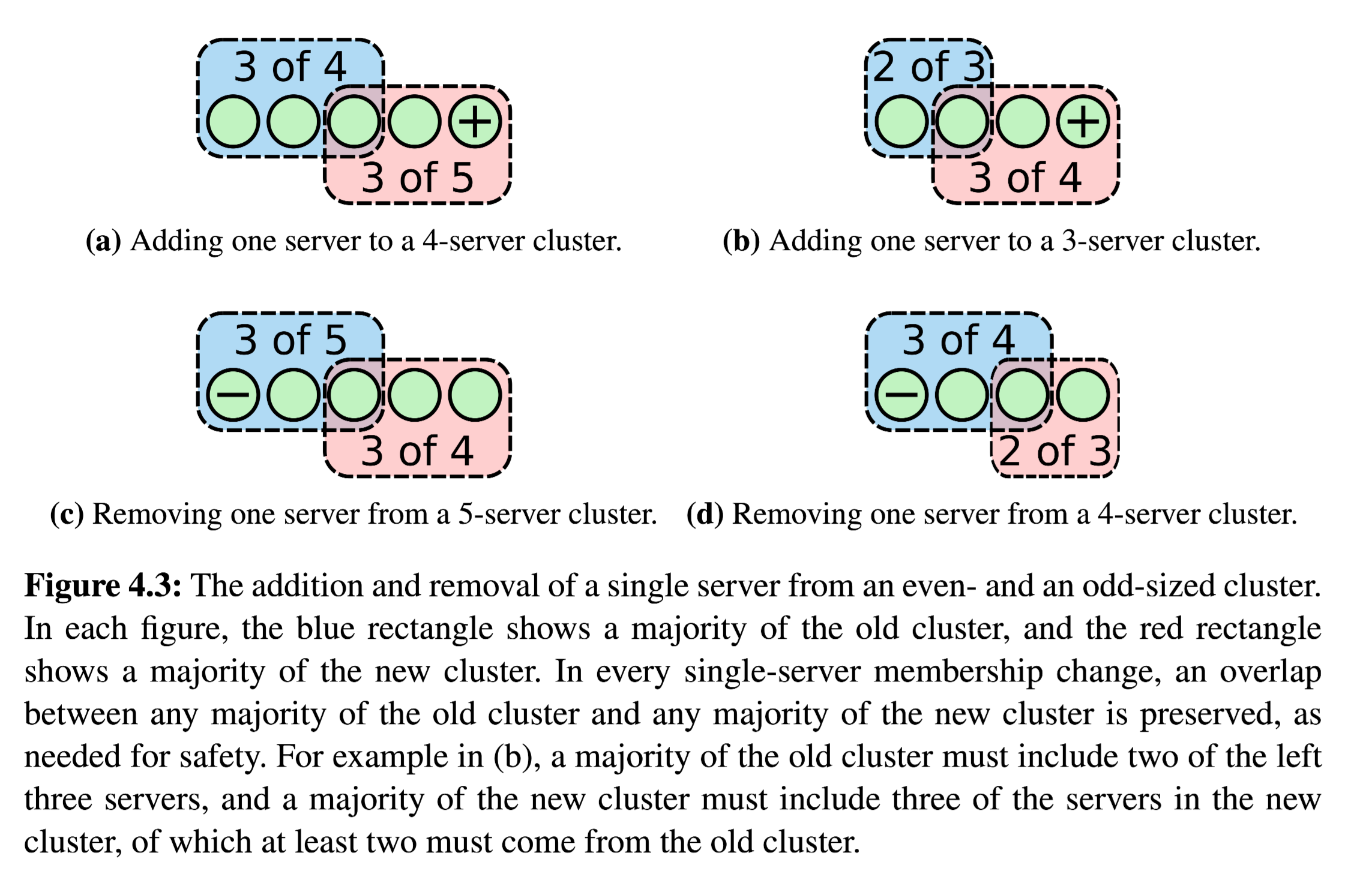 These figures are demonstrated in two dimensions:

The combination of the two dimensions is the same as the above 4 cases, but in either case, since the condition of “the quorum sets of the new and old sets are overlapped” is guaranteed, so different leaders will not be selected to come .

Change multiple nodes at once

As can be seen from the above example: as long as it is guaranteed that only one node is changed at a time, it can be changed directly. That is: without an intermediate state, directly change from set A to set A+1, because the quorums of these two sets must overlap.

However, in the case where multiple nodes need to be changed at one time, it cannot be directly changed in this way, because two leaders will be elected at the same time as in the first example. Therefore, in order to solve this problem, an intermediate state needs to be introduced:

It can be proved that in the above two steps, there will be no situation of “two leaders exist at the same time”. 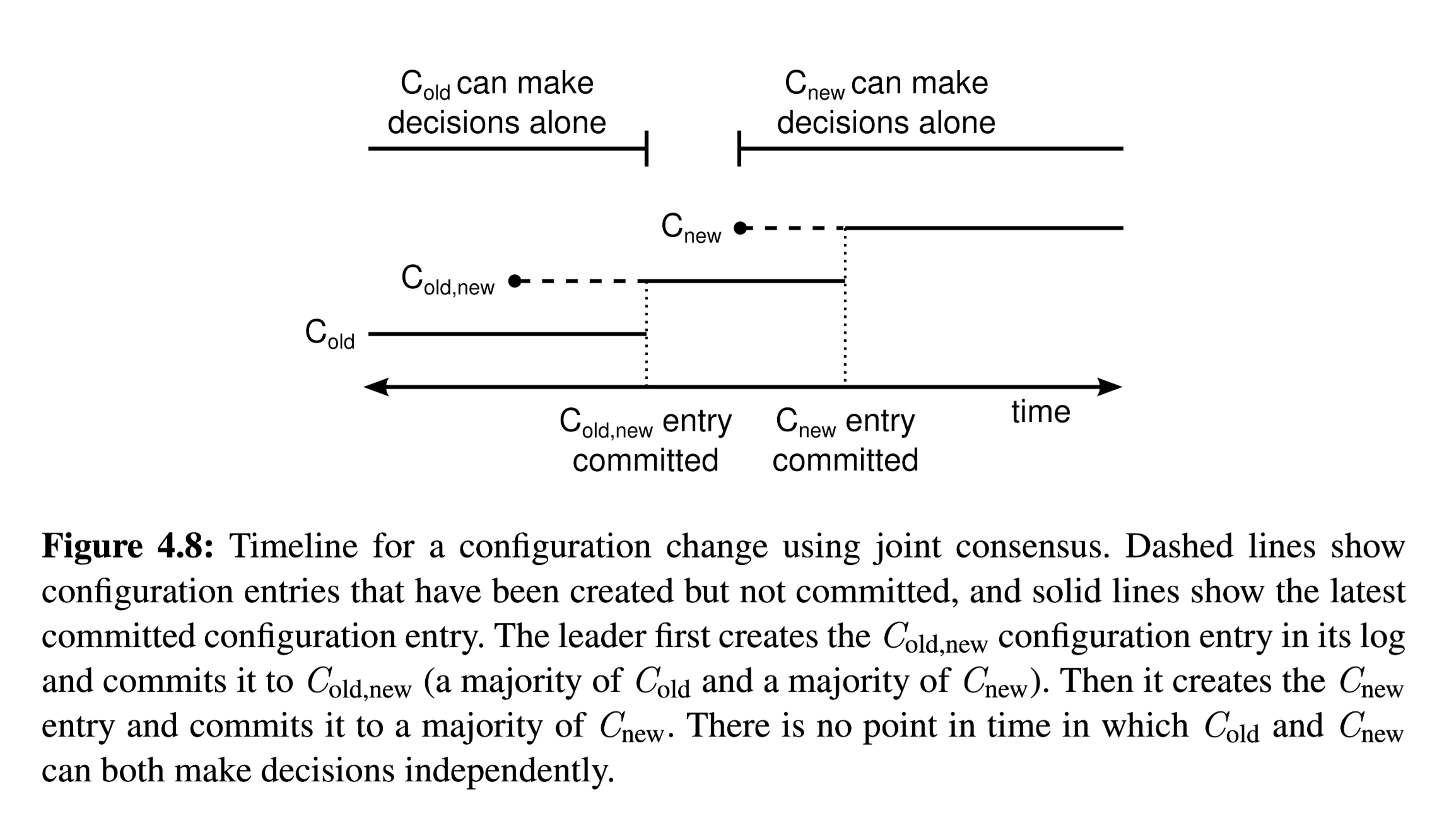 Let’s take a look at the Joint Consensus algorithm. If an error occurs during the change process, how failover selects a new leader.

In the first stage, there are only two possible cases for the candidate leader, either the old C_Old node set, or the {C_Old, C_New} node set that has been received:

Similarly, it can also be deduced that when the leader is down in the second stage, the elected leader may only have two situations, but it is impossible to elect multiple leaders in both situations.

When do cluster changes take effect?

In the consensus algorithm of state machine models such as Raft and Paxos, any change operation is regarded as a command (Command). The command processing flow is as follows:

The above process can be seen: a command can only “apply” after “commit”.

In Raft, the operation “member change” is also a type of command, namely:

The advantage of this design is that the processing of member change operations is no different from the general log, so there is no specific time called “processing member change time”, during which time it stops responding to general commands.

But unlike general orders, the “member change” operation does not need to wait for a majority to take effect. Note that for general commands, to “validate”, you must first “commit”, and cluster change commands do not have this dependency.

That is, in the member change process of Raft, after the node receives a new cluster node configuration, it will take effect immediately, and there is no need to wait for more than half of them to pass.

This is an often overlooked part of reading this part of the Raft paper. Why does the cluster change class command, can it do this, and will it be a problem to do so?

For security, when Raft performs a cluster change operation, whether it is “changing one node at a time” or “changing multiple nodes at a time”, there can be no overlap in different stages, because overlapping means that May violate the security mentioned earlier. For example, to change a cluster node set from {1,2,3} to {1,4,5}, if you use these two methods, the steps are:

As you can see, either way, there are multiple steps. The leader decides the current step, and its judgment standard is: whether the log modified in the previous step has been submitted (more than half agree). Therefore, if the log of the member change class takes effect after submission, the leader needs one more step:

The latter confirmation can be avoided. Because according to the analysis of the previous failover section, no matter which situation occurs, even if the leader goes down during the change process, there will be no situation where multiple leaders are selected.

Therefore, for the log of member change classes, Raft’s rules are:

This article is reprinted from: https://www.codedump.info/post/20220417-weekly-13/
This site is for inclusion only, and the copyright belongs to the original author.