I have always been looking forward to the black myth Wukong, and I have also liked watching various Westward Journey themed works since I was a child, and I like the monsters and battles in the game.

I’m an architect, and I have spent some years on ancient buildings, especially the wooden structures of the Tang and Song Dynasties, so when watching the video, it is inevitable that I will pay special attention to the scenes of ancient buildings.

Of course, since there is no complete information about the game background and content, there is no way to make an accurate judgment. In addition, the blurring of the main film is too strong, and the details of the buildings are very blurred, but with the episode video that I answered in person, I can see it a little clearer.

Just watching these two videos, I feel that there are several obvious problems in the ancient Chinese architectural style.

Generally speaking, Journey to the West is limited to the story of the Tang Dynasty, but from the perspective of several main architectural components and practices, the buildings in the video are basically in the architectural style of the Ming and Qing Dynasties, not the Tang and Song Dynasties.

For example, the shape and scale of the roof, the entire courtyard is low and small, especially the main hall has achieved double eaves and rests on the mountain, but its tail, roof ridge, ridge beast form and the cornice and the method under the eaves are too light and thin. Thin and small, not the plump and plump style of the Tang Dynasty.

As for the forms of roof tiles and façade partitions in the video, it is not difficult to find their sources. They are generally the styles of ancient buildings in the Ming and Qing Dynasties in gardens and ancient villages in the Jiangnan area, including the colors in the scenes and the tone of the pictures. Sex, it also looks closer to the south than to the north of the Shanxi-Western Regions generation where Journey to the West took place.

Of course, it does not mean that as long as it is a large-scale building, it must be done in accordance with the standard official method, but from the perspective of the historical architectural remains in the entire northern region after the Tang Dynasty, the evolution of the architectural style in the north is relatively slow and ancient. For example, the regional buildings of the Liao Kingdom in the Song, Liao and Jin dynasties, although the time is parallel with the Northern Song Dynasty, their architectural style has stayed in the Tang Dynasty for a long time, and is more fat and low-pitched than the buildings of the Song Dynasty of the same era.

Moreover, in ancient China, building a house was not very easy, and a slightly larger building would be more particular. For example, in Pingyao, which is located in a remote place, the Pingyao Zhenguo Temple, a three-bay hall built by the Five Dynasties, also used enough bucket arches. The scale of the courtyard and the identity of the demon in the video are based on the southern folk architectural style, which inevitably makes people suspicious.

There has always been a distinction between official and folk architecture in ancient Chinese architecture. Especially in the Tang and Song Dynasties, the difference between the official palace style and the folk hall style is very clear. The main feature of the hall type is the structure layer similar to the space grid formed by the bucket arch and the beam, which is pressed on the column head, commonly known as the lift beam type, while the hall is the beam inserted on the column, and the column usually reaches the top, commonly known as the bucket type.

Generally speaking, large-scale and official buildings use the hall style, and small and private buildings use the hall style. Even the grander main hall in the video is a hall rather than a hall. It seems to be the same style that is more common in the south. And some ancient buildings in the north that I have researched, even in remote courtyards, will have palace-like practices, such as the first ancestor’s nunnery on the mountain behind the Shaolin Temple.

Unless it is said that the spider spirit pays special attention to the regulations of the court and refuses to overstep, no matter how big the house is or the room exceeds the standard, it also insists on using folk practices.

The other is the archived earth temple, which uses the hilltop and fine decoration, but in terms of its style and proportion, it is also more like the practice of the Ming and Qing Dynasties, and most of the folk small earth temples I have seen in the past few decades are actually very Plain and stout.

3 Problems of the South and the North

As mentioned above, the construction practices of the entire video are biased towards the south, such as relatively thin and non-scrolling column materials, slender corbels, and relatively thin roofing methods (there are no double-layered rafters and lookout panels, but with fascia). Although slab tiles were also made in the ancient north, such as Foguang Temple, they were usually larger in scale, and the halls were usually made of tubular tiles. There is also the practice of the shingles on the top of the courtyard wall as the roof ridge, which is also a typical Jiangnan practice. It can even be said that this kind of small green tile is basically not used in the north. I think the manufacturer may not know the difference between the ancient slab tile in the north and the small green tile in the south.

Of course, it is true that the southern courtyard is more artistic and more attractive. It is true that the ancient northern courtyard is relatively rough and vigorous, and it is not so in line with the current public aesthetics. If you deliberately choose the folk style of the Southern Ming and Qing Dynasties, it is not impossible, it depends on how round the plot is.

Games are just games, in fact, there is not much need to seek truth everywhere and research history. Not to mention a fantasy game.

But I heard that Game Science has conducted research on traditional architecture and sculpture, and even went to the Shuanglin Temple, which I like very much. The attitude is very strict, so I will give some opinions.

Architecture is already a niche industry, and architectural history is even more of a niche in the niche, with only a thousand professional researchers nationwide. To be authentic and accurate, it is indeed difficult for ordinary game artists.

But if it is true, at least the difference between the north and the south, the Ming and Qing Dynasties and the Tang and Song Dynasties is still very obvious, and it has a great impact on the atmosphere of the scene, and ordinary people can also feel the difference.

Otherwise, games like Assassin’s Creed and Souls will not make great efforts to restore the appearance of their ancient buildings.

If you really want to make ancient buildings authentic, you can ask me. It is still common for professional architects and architectural historians to participate in game scene design in developed countries.

I checked the old videos from the previous two years again. Some buildings are more professional, but some parts do not match the northern style of the Tang Dynasty. It may seem that the team is relatively large, and not every part of the construction expertise is the same. Some parts look imitated Japanese, such as the entrance to the main building of the inner courtyard of the Guanyin Temple.

I hope that the black myth can be listed as soon as possible. As long as it can almost reach the level of the preview video, even if it is shorter, it must be bought. 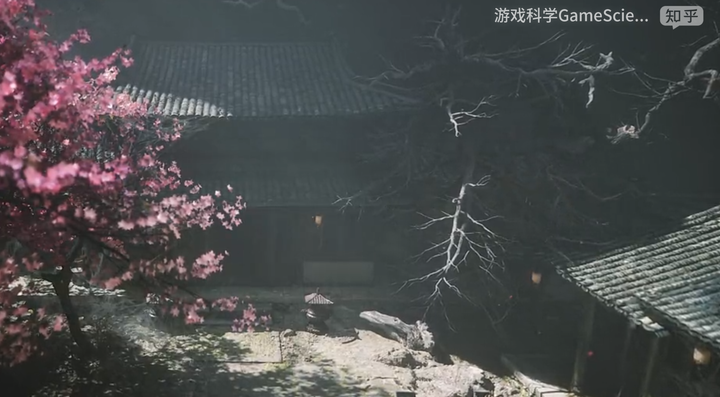 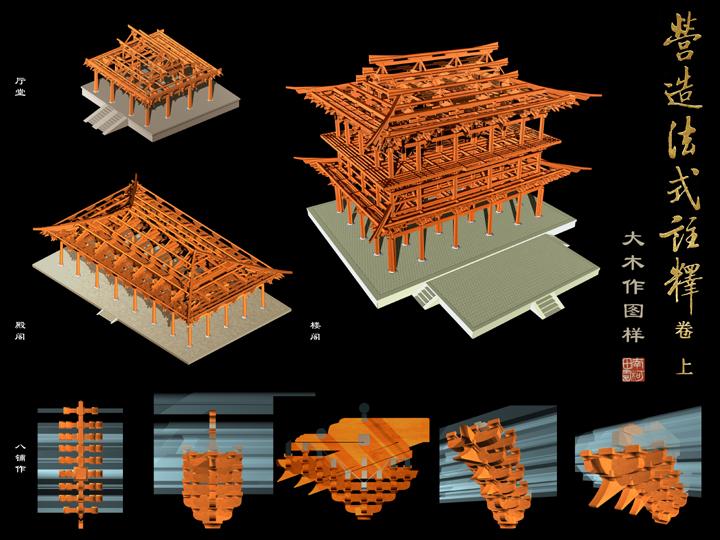 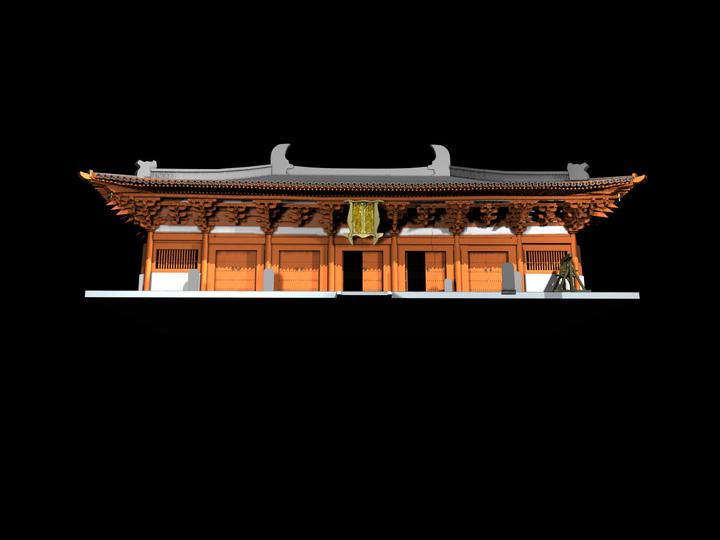 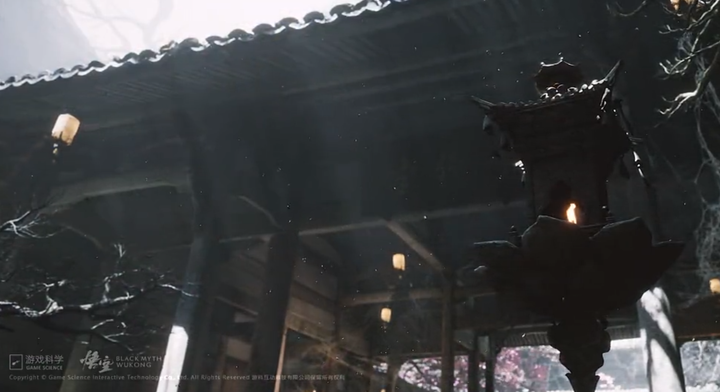 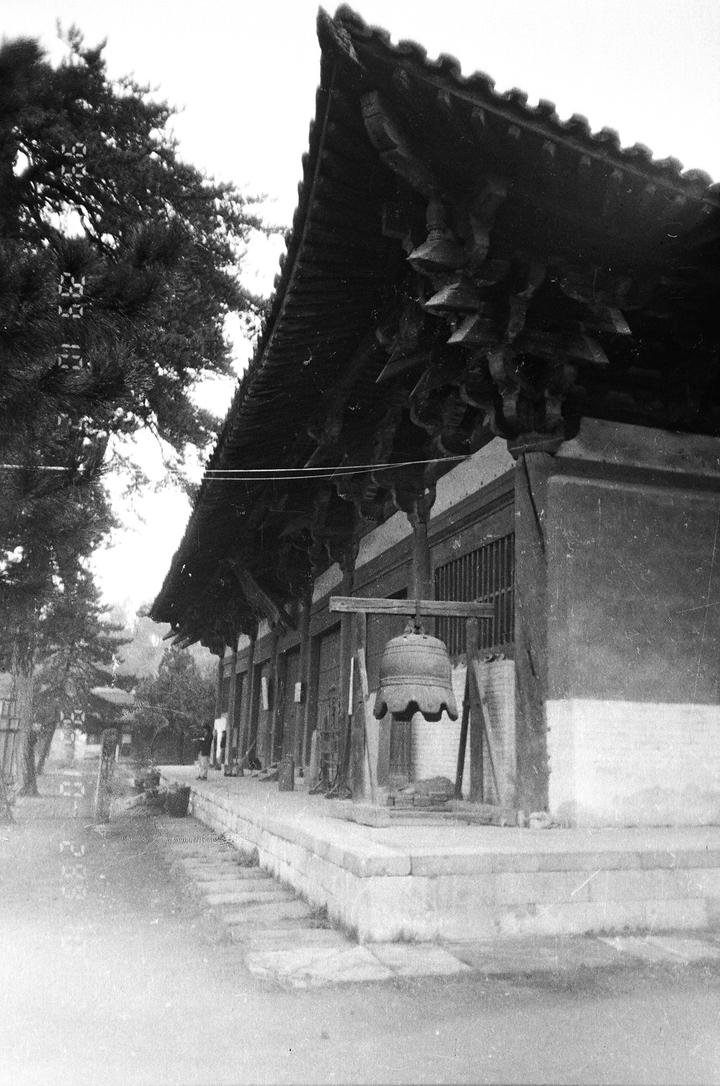 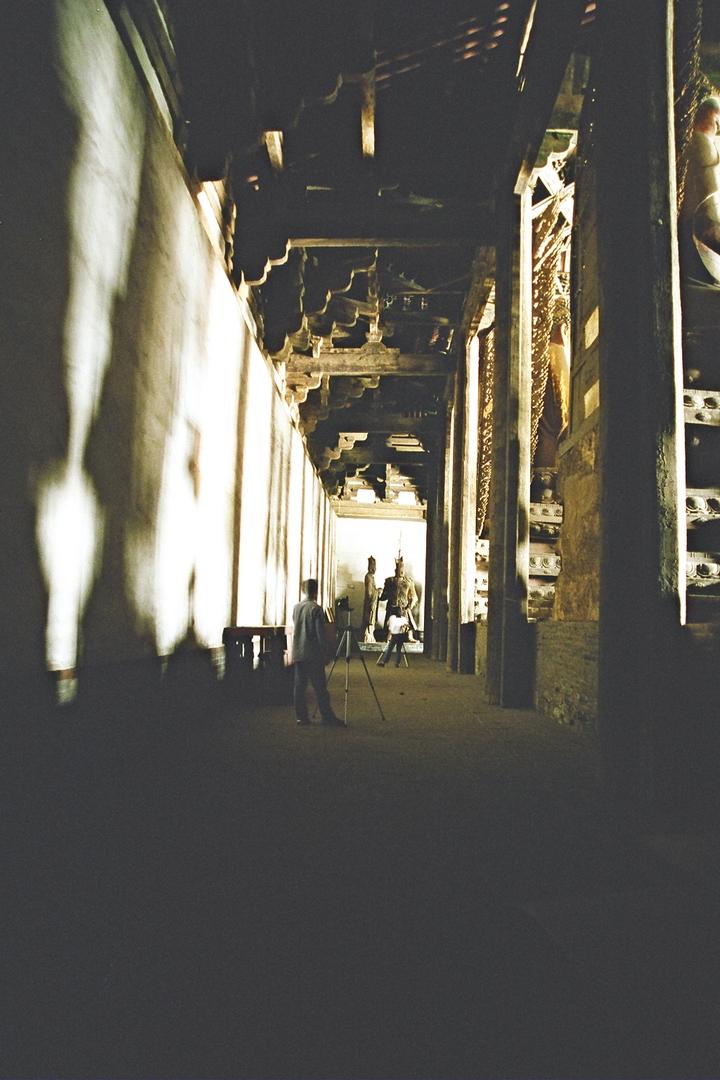 [Zhihu Daily] The choice of tens of millions of users, to be the new thing in the circle of friends and share the big cow.
click to download

There are 1262 more answers to this question, see all.

The latest 6-minute live-action episode of “Black Myth: Wukong” is released. What are your expectations for this game? When is the game expected to release?

What do you think of the black myth Wukong being revealed to be released on May 30, 2023, how reliable is it?

This article is reproduced from: http://www.zhihu.com/question/549196095/answer/2637716419?utm_campaign=rss&utm_medium=rss&utm_source=rss&utm_content=title
This site is for inclusion only, and the copyright belongs to the original author.