Say something that few people mention:

A considerable number of authors – including but not limited to members of various societies – have professional jobs .

The most common occupations among writers, the ones I’ve come across, are teachers and book editors. They have their own jobs, and then they should go to work every day, and try to set aside a whole block of time to write.

Of course there are also big business. For example, several authors that I admire very much have opened their own film and television investment companies.

There is a teacher who opened a company to do my book. When he was young, he was very serious about writing. I’m busy with my work now and write less. I asked him when he usually writes, and he opened the memo on his phone to show me, which contained neatly written and serious novels.

He said that he wrote every piece of time, and then laughed at himself:

“Anyway, it won’t sell well, so I’ll write it myself – why won’t it sell well? I don’t know if I make a book myself?”

I haven’t counted it myself, but one of my editors told me that the vast majority of authors have only published one or two books in their lifetime.

The probability that the first book will sell well is not very high, and they often express their existing feelings because of this, and they also lose their enthusiasm for writing due to the publishing process, or for other reasons, they do not write anymore.

Occasionally, you who sold the first book will write a second book, but often it is not satisfactory. This actually wiped out a lot of people.

A few years ago, a book of mine was copyrighted in traditional Chinese characters, and it was said that it won a small prize that was irrelevant. It was only then that I inquired about the sales of this book, and I was greatly disappointed. The editor reassured me that this was a best-seller, and then said:

“In the place (where traditional Chinese characters are sold), there are probably only two-digit people who can make a decent living by purely writing.”

Another British friend of mine who lived in Dublin said: “It’s pretty much the same in Dublin.”

So most of the authors still live the life of ordinary employees.

Those who can treat full-time writers as those who continue their lifestyle may not necessarily love writing, but have just found a way of life that matches it.

From my own experience, it’s pretty common.

Publishing books in college, with royalties (and confidence).

So I moved out and rented a house; I usually go to school after class and go home to write. After graduating from college, keep writing. Freelance writers have no right to be picky, and editors let them write whatever they want. At that time, writing magazine manuscripts was faster and more affordable than writing books, so when I wanted to write a book, I always waited until I had figured it out and freed up a lot of time before starting work. So writing magazines and newspaper columns is daily, and occasionally writing manuscripts.

At that time, I was in Shanghai, and I lived the life of a reclusive community resident.

Get up early, go online, communicate with editors, and write. When I get tired of writing, I read a book, eat, go out for a walk, occasionally go to watch dramas, games, etc., and play games.

Over time, I have developed the ability to sit down and write at any time, although it may not be understood by everyone. When I first went to see my current mother-in-law, I sat down for a while after dinner and said I would go back to my room to write. The mother-in-law was surprised and said that dinner is over, and you still want to write? Can you write too? Sit down and chat!

Later, in Paris, I had to teach during the day and write at night. Occasionally write during lunch break. Once you have time for a block, write the manuscript.

For example, for this book, I wrote the first draft in eight days during the Chinese New Year in 2015. Of course, it will take more time to modify it later.

If it is not summer, I get up early, write in the morning, stop work at noon, have lunch, read, read materials, revise manuscripts, run, see friends, go to museums, watch games, and play games at night.

In the summer, I get up earlier, the running time is moved to the morning, and the rest is almost the same.

If you decide to do a big job, you will enter a big job state. Keep water, fruit, brownies, etc. handy, and keep going.

The so-called non-stop breath, such as doing a job last fall, the typing volume of that week is as follows:

In short, the time other than writing things is actually the same as any ordinary person-the people who write things are ordinary people, and everyone just eats and eats.

It’s just that I try to read without leaving my hands and sings every day. Even if I don’t have an appointment, I write something casually, which is similar to doing something simple and anaerobic to maintain my health. I wrote this a few years ago, and sometimes I answer questions on Zhihu. Or occasionally think of a point while reading, which can stimulate many ideas.

Finally, I know that many readers have a lot of good imaginations about who writes, but in fact most creators are also doing work. Mendelssohn also complained in a personal letter that he had “been out of work for two days” because he was upset by Berlioz. Everyone said, it is nothing more than those old-fashioned things:

Gene Wolfe: Start the Next One! 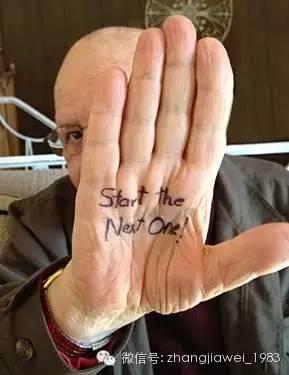 Pamuk said he sat at his desk for ten hours a day.

Of course I dare not compare with these great gods, but the truth is actually similar. Everyone is working.

I know that many readers imagine that writers must have romantic lives. But he spent his teenage years in Paris and became famous and knew his second wife. He thought Paris was the Hemingway of a “floating feast” – well, I translated his book:

– Emphasis is also on:

Affluent economy and stable life are the best.

When Hemingway, who wrote, lived in Cuba, he would record his work every day, “to prevent deceiving himself.”

It’s not just writing stuff, the experienced freelancers I know, daily life, more or less, are like this:

Try to arrange your own life properly, each has its own way to maintain physical and emotional health, and hope to continue to output.

And the most distressing thing every day is how to start work smoothly and skillfully the next day.

There are 134 more answers to this question, see all.

This article is reproduced from: http://www.zhihu.com/question/42982102/answer/2453755598?utm_campaign=rss&utm_medium=rss&utm_source=rss&utm_content=title
This site is for inclusion only, and the copyright belongs to the original author.