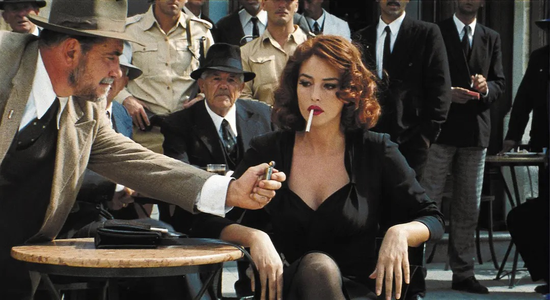 On June 15, according to Reuters, citing two people familiar with the matter, Baidu owns 53% of iQiyi’s shares and holds more than 90% of the shareholders’ voting rights. It hopes to sell iQiyi at a target valuation of $7 billion. At $8.13 a share, the sale attracted interest from private equity firms including Hong Kong-based PAG and China Mobile.

This is not the first time that iQiyi has been rumored to be sold. The reasons for the sale seem to be commonplace: Baidu wants to strengthen its artificial intelligence and autonomous driving business, so it sells iQiyi as its non-core asset and focuses on the research and development of the hard technology sector. .

Coupled with the 2022Q1 quarterly financial report iQiyi achieved profitability for the first time, the sell-off at this time is a godsend for Baidu. iQIYI quickly refuted the rumors that “the news is not true”, and Baidu replied elegantly: “The caliber of iQIYI shall prevail.”

This statement also reflects Baidu’s attitude towards iQiyi over the years. Compared with Youku, the “Fu Er Dai” Tencent Video and the “Official Second Generation” Mango TV, which have changed three coaches in five years after being acquired by Ali, the collaborative business with Baidu has become increasingly rare, and iQIYI’s “single-play” style has become more and more obvious.

Gong Yu once sighed that Li Yanhong is very good, give us money, freedom, and then give us trust. But the paradox of the content ecology is that money cannot be separated from it, and it cannot be only money. Just like Tencent is to Tencent Video, Alibaba is to Youku, and Mango TV is to Hunan Radio and Television. If they really part ways, the next ideal buyer of iQiyi cannot be an ATM that only pays.

In the first quarter of 2022, iQiyi achieved an attributable net profit of 169 million yuan, while the market expected a net loss of 670 million yuan and a loss of 1.257 billion yuan in the same period last year.

“New Entropy” once analyzed in the article “There is not much money left for iQiyi”, whether iQiyi’s profitability is sustainable depends on several key indicators: membership, advertising and content costs.

The conclusion is that with stagnant membership growth, declining advertising revenue year by year, short-term controllable content costs, and increased long-term uncertainty, iQIYI is not really ushering in a good day, but a broken arm to survive and profit from cutting meat.

But whether it is “completed in one battle” or really “expected in the future”, the profit still gives iQiyi a short respite, and there will be more chips on the negotiating table.

More importantly, after burning 100 billion yuan in the domestic long video industry, it is still moving towards a group to keep warm. From confrontation in the courtroom to the integration of verticals and horizontals, each company now has the same goal: reducing costs and increasing efficiency. Especially for iQiyi, which has suffered losses due to high content costs, the industry consensus is like a timely rain.

After no longer paying unnecessarily high premiums for copyrights and star remuneration, and even winning the battle for exclusive broadcasts, iQIYI’s content production advantages will be further highlighted.

Users may still jump repeatedly between platforms with content, but without price comparison, the feedback path for quality to force production is clearer. In theory, it is possible to expect an industry environment where “good money drives out bad money” sooner.

The advantage of iQIYI at this stage is that the number of members is firmly at the top. Realistic dramas such as “The World” and “Police Honor” have accumulated a group of sticky users for iQIYI. The hidden danger lies in the occasional explosive and long-term unstable suspenseful content. The recently aired “The Cloister Pavilion” has fallen into huge controversy because of the adaptation of the plot, and iQiyi, which has many suspense dramas to be broadcast, faces more challenges.

The unique content barrier was once a talisman that video websites were struggling to pursue. Mango focused on variety shows, Tencent focused on IP adaptation, and iQiyi’s Mist Theater was based on this idea. Before the content characteristics are not diluted, iQiyi’s window period is slightly shorter. fleeting.

At this stage, the relatively rich episode reserve is also one of the bargaining chips of iQIYI’s “strange goods to live in”. According to the latest drama and variety lists released by each company, iQIYI tops the list with 119 dramas and 20 variety shows, of which self-produced dramas account for nearly 70%, and projects that have been filmed reach more than 80%. Coverage until 2024.

In general, iQIYI has gone through the most dangerous moment, and in the foreseeable future, it has the ability to maintain a consistent platform ecology. The key to the problem lies in Baidu’s attitude.

Baidu’s single shareholding in iQIYI is too high, and it has become a constraint on each other at this stage.

For iQIYI, the addition of more capital, whether from the integration of upstream resources or the release of the long-tail effect of content, is beneficial and harmless. Before the news of the sale, the rumored list of new shareholders of iQiyi in the industry had already appeared in ByteDance, Xiaomi, Ali and Migu videos of China Mobile Holdings.

Whether it is the combination with Tencent Video in the IP resource pool, or to make up for the shortcomings of ByteDance’s long video content, or even to complement Migu’s sports sector, and to accept the financial support from China Mobile, the market has all seen it. As a life-saver for iQIYI.

Once, taking the acquisition of iQiyi as an opportunity, the cross-marriage of Baidu and Tencent was considered to be the “Pareto optimal” of video platforms. Tencent’s shareholding can bring more bargaining power to iQIYI in terms of content costs, while reducing marketing costs.

Even if time has passed and the merger of Tencent and iQiyi is hopeless under the sledgehammer of anti-monopoly, a Daxin shareholder who can provide multiple supports of funds and resources still cannot refuse it.

Secondly, Baidu’s cash flow is facing a big test. According to the financial report data, as of December 31, 2021, Baidu’s free cash flow excluding iQiyi was 1.596 billion yuan, which continued to decline from 2.9 billion yuan in the third quarter. Compared with the second The quarterly 6.9 billion yuan is even farther apart.

At the same time, since December last year, Baidu’s game and live broadcast business lines have laid off as much as 90%, and the education business has also been abolished.

In the field of entertainment, Baidu’s layout is running out. After the focus has shifted to new businesses based on intelligent driving and cloud computing, new growth engines need to be continuously invested. In the first quarter of this year, Baidu’s R&D expenditure was 5.6 billion yuan (about 885 million US dollars), an increase of 10% over the same period last year.

But these can only be used as sufficient and unnecessary conditions for Baidu to sell iQiyi, because until March last year, Baidu also participated in the new round of iQiyi’s fixed increase, subscribing about 100 million US dollars of additional shares.

According to media estimates, from the incubation of iQIYI in 2010 to the participation in the fixed increase in March last year, Baidu invested at least US$815 million. If it is based on the rumored price of US$7 billion and the cashed out of US$259 million when it went public in 2018, Baidu will return on paper. The rate is about 790%.

Based on the comprehensive consideration of the long-term cooperation tendency, it is reasonable to guess that Baidu will not sell all its shares.

First, the clearing of all positions may cause panic in the market. For more than a year, iQIYI’s stock price has continued to decline. On the 15th, when the news of the sell-off spread, it fell slightly by 3%. If Baidu wants to have both, it will not look at iQIYI. continue to fall.

Second, to superimpose the need to sell in exchange for cash flow, Baidu’s symbolic retention of single-digit share capital is an excellent choice. Referring to Tencent’s reduction in JD.com, it also reduced its shareholding ratio to 2.3%. Although the motivations of the two are different, from an investment perspective, the ideas can be the same.

Gong Yu will not be the next Gu Yongqiang

At the center of the acquisition issue and can have an important influence is Gong Yu, the soul of iQiyi.

Coming from the wild era of the Chinese Internet, Gong Yu is a leader in terms of seniority and understanding of the industry. This means that in the process of acquisition negotiations, Gong Yu will not be willing to “take the money and leave”, but will ensure the right to speak internally.

You must know that among several video sites, iQiyi is deeply influenced by Gong Yu’s personal characteristics, which is not exactly the same as Youku, who sold himself to Ali.

With Gu Yongqiang’s lessons ahead, Gong Yu needs to find a strong enough backer and enough space to prevent iQiyi from repeating the mistakes of Youku and parasitic in Ali’s ecology.

But last year, the domestic anti-monopoly hammer fell, the merger of Douyu and Huya was stopped, Tencent reduced its holdings of JD.com, and Alibaba cleared Mango Supermedia shares.

In the first half of this year, most of the entire Internet companies fell into the quagmire of stagnant growth and the abolition of marginal businesses. Internet companies that were once able to eat iQiyi in the market have gradually entered a stage of contraction. Emerging tech giants also have little incentive to acquire a well-established content product. The market once speculated that iQiyi would spend state-owned assets.

The reported acquirer, China Mobile, has abundant cash flow on paper and is a strong competitor to take over iQiyi. In 2021, China Mobile will have 362.3 billion in bank deposits alone, and 128.2 billion in bank wealth management. At the same time, China Mobile holds shares in Migu Sports and Mango Supermedia. If the acquisition is completed, it will be a cooperation that both parties need.

After the growth of Netflix members stagnated and the stock price “dropped endlessly”, the capital market began to reconsider whether it is exaggerated to use “tech stocks” to estimate the growth trend of streaming media, and iQiyi, which is listed on the US stock market, is also facing the same scrutiny.

When Alibaba acquired Youku, it completed the privatization and delisting of Youku. If iQiyi has no plans to delist from the US stock market, Gong Yu now has to consider the chain reaction of the capital market, not just “concentrating on content”. .

The short-term balance of the video industry is due to the fact that the Internet demographic dividend is capped. Under the state of stock competition, defending a city is more important than attacking a city.

When the scale effect is not realized, the marginal benefit of burning money for scale is diminishing. As video website users migrate with content, the economies of scale of the Internet economy are becoming more and more difficult to show on the streaming media track.

iQIYI is a boat, and Baidu is a river. Now that the current is fast and the boat has passed the rapids, everyone needs to make plans early on what to do next.

This article is reproduced from: http://finance.sina.com.cn/tech/csj/2022-06-17/doc-imizirau9093437.shtml
This site is for inclusion only, and the copyright belongs to the original author.