It’s the Chinese New Year, and while buying the return ticket, I also “buy” a copy to face the pressure of urging marriage .

In the past two years, because of the epidemic, I didn’t go home during the Chinese New Year. I didn’t have to worry about leaving relatives and being urged to marry, and I spent two good years happily.

This year it will not work, and after returning home, I have to face:

“Grandma just wants to see you get married”

“There is a very nice young man in the neighborhood. I’m coming with his contact information. Do you know him?”

“Your parents asked me if there was anyone suitable to introduce you. It just so happens that I have a cousin who is about the same age. How about looking at the photos?”

Wait for the words that make people’s eyes dark.

I went home to celebrate the New Year, not to make myself feel uncomfortable. Faced with such overwhelming pressure, how should I tell them!

After learning from the pain, I found that the root of the problem lies with my parents .

Once my parents are dispatched, the seven aunts and eight aunts, their classmates and colleagues, and even the owner of the convenience store at the gate of the community added on WeChat will join the army of urging me to get married.

In order to at least outperform my parents in speech skills, I revisited the anti-restraint speech skills accumulated year by year before the epidemic:

“I want to find an excellent opposite sex like my parents, but I haven’t found one!”

“I didn’t get married before I couldn’t get into the establishment examination. How could I start a family if I didn’t start a career!?”

“I don’t have a partner, it’s so bad, what’s the use of living, but fortunately, you love me.”

“You see, Uncle Zhang next door gave his son two wedding houses, which are still in the school district. If you don’t work hard, Dad, I will be angry.”

“My boyfriend and I plan to get married, but he has a criminal record / broke up with his parents / recently got a serious illness, let’s talk about it in two years.”

“I asked the master to calculate it. He said that if I get married before 30, there will be a bloody disaster. Let’s save my life first.”

“You see, isn’t she married? I’ll get married after he gets married.” 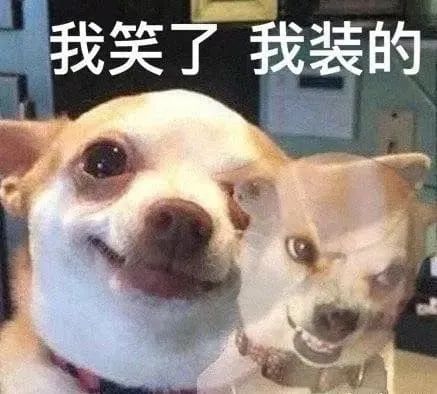 I laughed and cried, why did I have to use such outrageous words, why didn’t my parents listen to me?

“Times have really changed, we all have to step out of our own circle to see”

I am not alone. For most young people, the feeling of life has long since changed: marriage is a big deal, but not that big .

According to a survey in the United States, middle school students in 1976 (that is, the generation of parents born in the 1960s) believed that “having a good marriage and family” was the most important thing in life. However, after 95, marriage and family can only be ranked No. Four , the top three are: finding a stable job, achieving success in the workplace, and providing the next generation with a better growth environment than themselves. 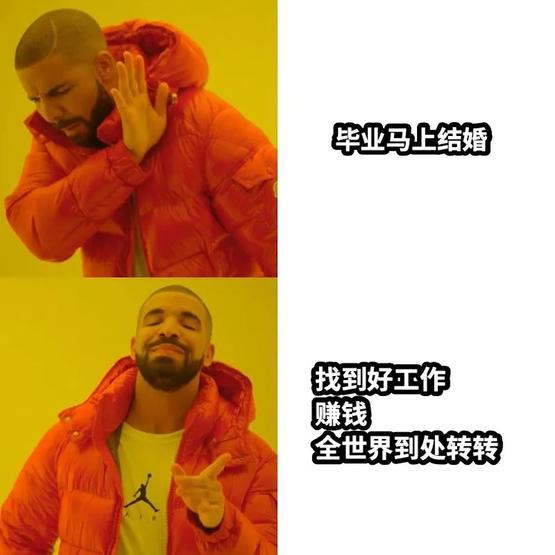 The marriage and love environment is changing quietly, but parents are not ready for it, because parents live in their cohort .

Sociologist Norman B. Ryder believes that people of different generations will diverge as society changes, and the interaction between age and period will change over time. In other words, our two generations have very different views, functions and demands on marriage. 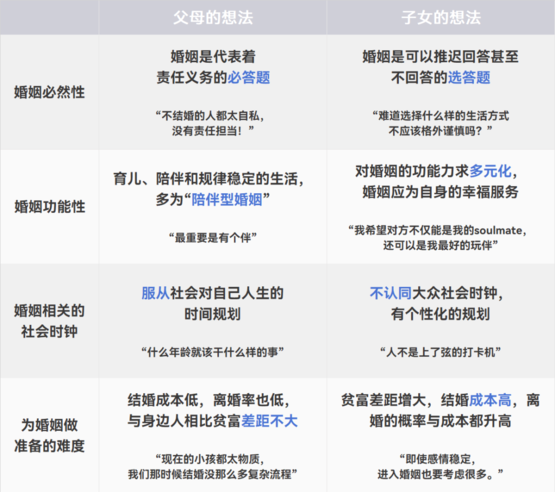 From the table above, we can see that the intergenerational conflict in the concept of marriage is particularly prominent. If two generations only judge each other from their own perspective, then the other must seem to be contrary to their own expectations .

“I don’t want to get married, it’s really forced by reality”

A warm marriage with someone to accompany you, without worrying about gains and losses, is certainly desirable, but the reality is far from the ideal . 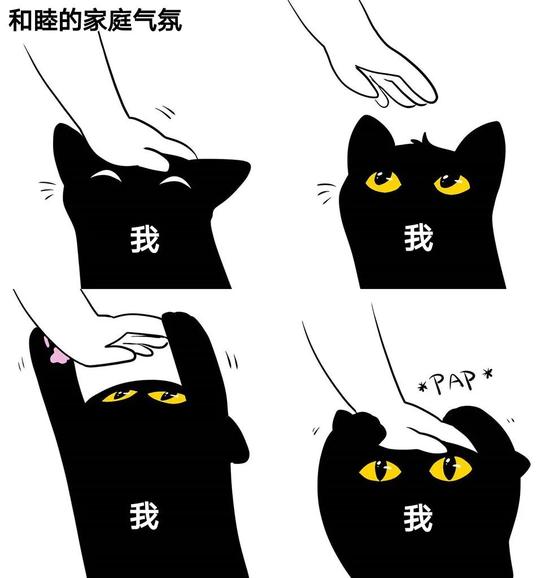 We have less money but more debt . This is the biggest difference between us and our parents’ generation. Among the 175 million post-90s, 86.6% of them have various installments or overdue debts. The biggest debt is housing debt.

For every 1% rise in housing prices, the first marriage rate in China will drop by 0.31%, and men and women will delay marriage by 0.26 and 0.16 years respectively. 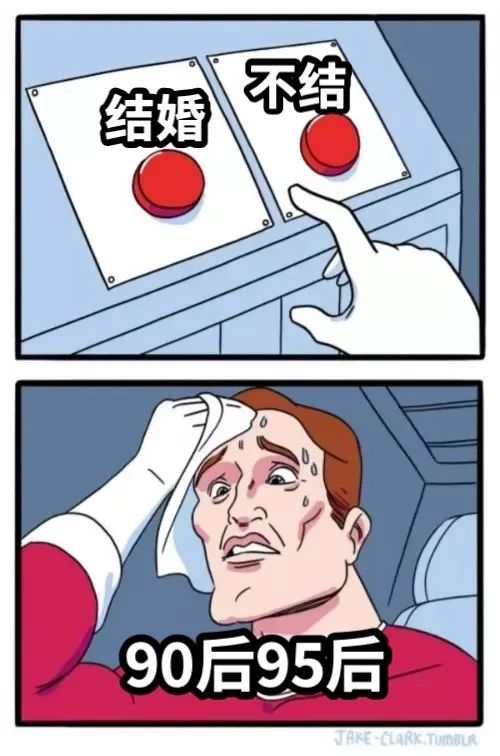 Thinking of the house and the financial pressures of getting married, it always feels like a good thing not to get married. But the parents don’t think so. They didn’t accumulate any assets when they were young, but the days are getting better and better, so they are very optimistic .

I’m not that optimistic. Now that I have a mortgage, can I not be fired / have money to repay the loan / be kicked out at the age of 35? hard to tell…

The second is Marriage Squeeze. Due to gender imbalance and other reasons, some men or women cannot choose a mate according to the general preference, and it is difficult to get married.

Those who experience marriage squeeze are usually low-educated men and high-educated women. This structure is determined by the traditional marriage concept of “men are superior and women are inferior”.

Although people with two legs are all over the street , it is really hard to find when everyone is more and more concerned about being well-matched, wanting to chat and have good material conditions .

Coupled with the new crown epidemic in recent years, more young people maintain a pessimistic attitude towards the future, “We have no future because our present is too unstable.” 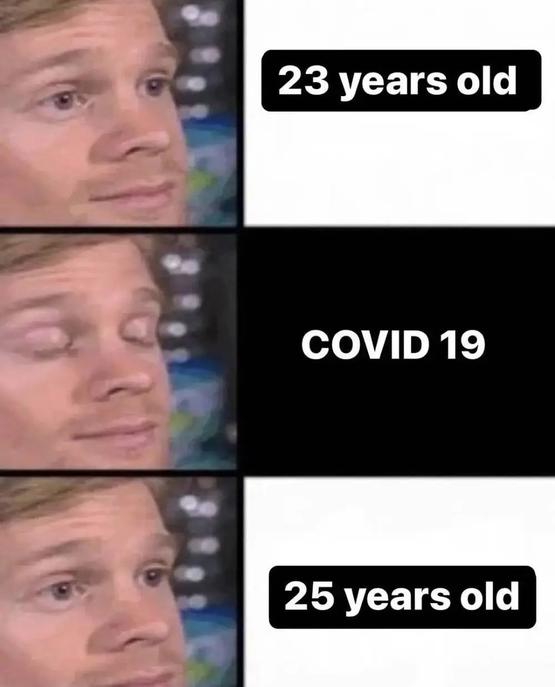 As soon as I close my eyes and open them, three years have passed…

Marriage is a vision of a better future. But this kind of instability makes us lose our imagination for the future, and naturally we will not get into the situation of marriage .

“It’s not that I will never get married, wait until I grow up”

I was deeply impressed by what one of my peers said: “I am still a child, and I really can’t think of anything that would make me want to get married and have children.”

Looking around, there are young people who don’t like to go out alone, don’t like dating, have no interest in sex, and spend more than half of their time on the Internet.

This coincides with psychologist Jean Twenge’s description of the post-95s: ” less rebellious, more tolerant, less happy – and not at all ready for adulthood “.

This kind of “adulthood” is traditional, that is, a stable job and a stable marriage. In today’s society where there is no ups and downs, it is really difficult to achieve these.

Now that the outside world is in turmoil and there is little hope of finding an ideal partner, our generation can only focus on things we can control , such as pursuing our own growth and making ourselves happier.

As long as we support ourselves, we are experiencing a “second childhood” in our twenties without taking too many responsibilities.

This has long been predicted by demographic and sociologists. At the end of the last century, my country began to experience the second demographic transition, and the trends of delayed marriage age, rising unmarried rate, and rising divorce rate have not changed. Under the great tide of the times, the ripples pouring into every family are enough to blow off the roof .

However, late marriage does not mean not getting married and having children. Some studies have analyzed the cumulative proportion of people of different ages entering first marriage. Although the first half of the curve is slightly different, they all rise to the same level in the end:

Since the post-90s have not yet reached the age of 40, there is no way to draw a complete curve. The statistical chart that can be referred to is as follows: 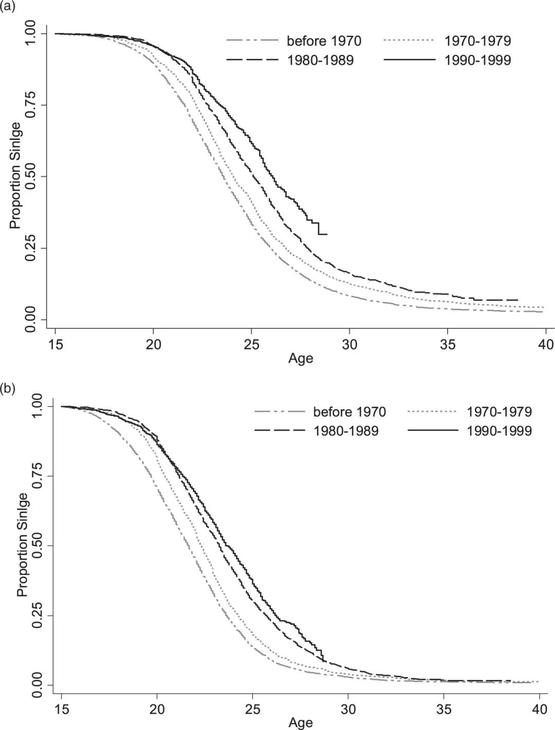 At least for young women, the curve has only shifted to the right, and the final trend will remain the same as before.

While many young people are watching, “Second Childhood” is not Peter Pan’s Neverland, and most of them will eventually have to grow up and start families .

“I understand your anxiety, but please let me find myself”

Faced with the three years of marriage urging pressure accumulated this year, I added a few more notes to my anti-urging notes:

Tell the above data in a way that parents can understand. When using this trick, you must silently say “my purpose is to reassure the parents, not to argue with them”.

Know it with affection

Good language communication can comfort parents to a great extent. Express your attitude, empathize with your parents, and express your willingness to do something to alleviate their anxiety.

Persuasion from elders or peers is more useful than persuasion from children. First reach a united front with some more enlightened relatives, and let them persuade their parents from the perspective of their peers.

Very good, I can consider my parents’ feelings, I have grown up…

The generation of parents obeyed the will of the society and their parents wished, got married early, and were not used to asking questions about life. The advantage is that there is a lot less toss and hesitation, but after all, I have contributed too much to the family and the collective, and I have lost some “self” .

We have more material wealth since childhood, and we have received a longer education. The “tossing and tossing” that our parents can’t understand is actually an exploration of ourselves . Even if it takes time, we must figure out who we are and what we want.

Compared with the “precocious” parents’ generation, we are just going through the process of natural maturity. I sincerely hope that they will not be too impatient and let us “marry for the sake of getting married” .

Finally, whether you are married or not, I wish you a happy life of your own. Happy New Year~

[5] Statistical Bulletins on the Development of Civil Affairs Over the Years https://ift.tt/x7zRuHE

You are unique and irreplaceable in this world, and it has nothing to do with whether you get married or not.

This article comes from Guoke, and shall not be reproduced without authorization.

This article is transferred from: http://www.guokr.com/article/463321/
This site is only for collection, and the copyright belongs to the original author.