Hello everyone, I’m Michael from South Korea. I have participated in the development of Smilegate’s “Cross Fire” sequel, NCSoft’s “Sword Spirit”, and Nexon’s “Dungeon and Fighter” sequel. I also work on Autodesk in South Korea. through technical guidance. I joined Timmy in 2019 and am currently working as a TA instructor in Timmy Z1 studio.

This article was originally written in Korean and was translated by Tianmei colleagues. I am very happy to have the opportunity to share and exchange my thoughts with you here!

There are many reasons why major global companies pay attention to TA (Technical Artist, TA) or TD (Technical Designer, TD).

I think there are three main reasons. Because I am a TA, then take TA as an example.

First, the game production method is gradually complicated, and the company needs compound talents to solve the problem.

The previous games were relatively simpler than the games we are doing now, and the techniques used in the games were not too difficult. Therefore, the roles of planning/programmer/artists are clearly and simply divided.

However, with the development of technology and the complexity of the game, each character has been further subdivided, and many new technologies have been added in addition to the existing ones.

For example, in the early games, the art was made with pixels, and the pixel artist was responsible for all the art, including characters/scenes/animations/special effects, etc.

Later, as 3D technology entered the game, the position of the artist was gradually subdivided into professional parts such as character modeling/scene modeling/animation/special effects.

In recent years, with the development of technology, the technology of games has become more and more complex.

Faced with the difficult problems between art and technology that conventional designers cannot solve, TA can creatively solve these problems and improve the quality of art at the same time. I think this makes enterprises gradually realize the importance of TA.

Second, as games become more complex and resources and R&D manpower increase rapidly, game resource management and efficient production methods have become very important to the company, and composite positions have assumed responsibilities in this regard.

In the past, the manpower or art resources required to make a game were not as many as they are now, but as the game becomes more and more complex, a lot of manpower is invested, and more art resources are produced.

From a company perspective, every project requires standards and skills in managing resources so that designers can more easily manage large numbers of resources.

And this problem must be solved by a person who understands both technology and art, so the TAs of most game companies suddenly become an important working group to solve this problem.

TA’s responsibilities include creating and managing resource naming rules/folder rules/various optimization specifications/tools for art resources, etc. These support all reflect the importance of this position.

TA’s investment can reduce duplication of work and shorten the production cycle of art resources, so the company needs to recruit more TA talents.

Third, with the imbalance of TA supply and demand in the game industry, the industry’s attention to TA has gradually increased.

For the above reasons, the demand for TA in many enterprises is gradually increasing. However, there is a big problem that although many companies want to recruit TA, there are not so many talents who are qualified for TA responsibilities in the market. There are several reasons behind it.

First of all, unlike other majors, TA has no direct matching major in colleges or training institutions. Compared with other majors, a competent TA also takes a relatively long time to cultivate.

Recently, various schools and educational institutions have started to set up programs to develop TA, but I think they are still in their infancy and have many shortcomings.

In addition, among the abilities required by TA, artistic sensitivity and procedural thinking style are both necessary, however, there are fewer people with these two almost “opposite” thinking styles than we think, which also leads to the number of TAs. less of a major factor.

In general, due to the relative shortage of talents who master technology and art at the same time, I think that there will be a shortage of TA talents for some time in the future.

The sharp increase in the demand for real-time calculation content in various industries has increased the value of the TA of “art and technology double repair”. 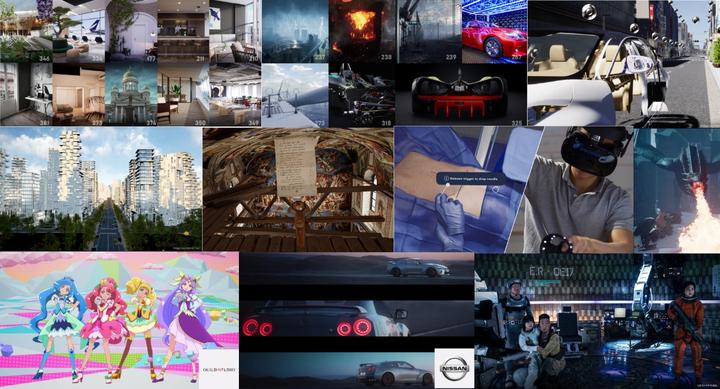 In the past, games were almost the only medium that required real-time calculation content, but in recent years, with the increasing demand for real-time calculation content in various industries such as video/film/animation/VR/architecture/interior decoration/product/distribution/education, TA has also become an indispensable talent in various industries.

For the above reasons, TA has received unprecedented attention.

In my opinion, this phenomenon will not change much in the future. Every company in the world will make great efforts to recruit excellent TA talents. Whether it is game development or real-time calculation content production, the influence of TA is gradually expanding.

I think the industry’s attention to TA is just the beginning, and I look forward to seeing more outstanding TA talents in various fields in the future!

In the game industry, what are some impressive examples of “technological development liberates creativity”?

What kind of career is game planning?

This article is reproduced from: http://www.zhihu.com/question/534544070/answer/2503557269?utm_campaign=rss&utm_medium=rss&utm_source=rss&utm_content=title
This site is for inclusion only, and the copyright belongs to the original author.