Open up a new channel from Chongqing to the north

The Zheng-Chongqing high-speed railway starts from Zhengzhou City, Henan Province in the north, and ends in Chongqing City in the south, passing through Henan, Hubei, and Chongqing, with a total length of 1,068 kilometers. 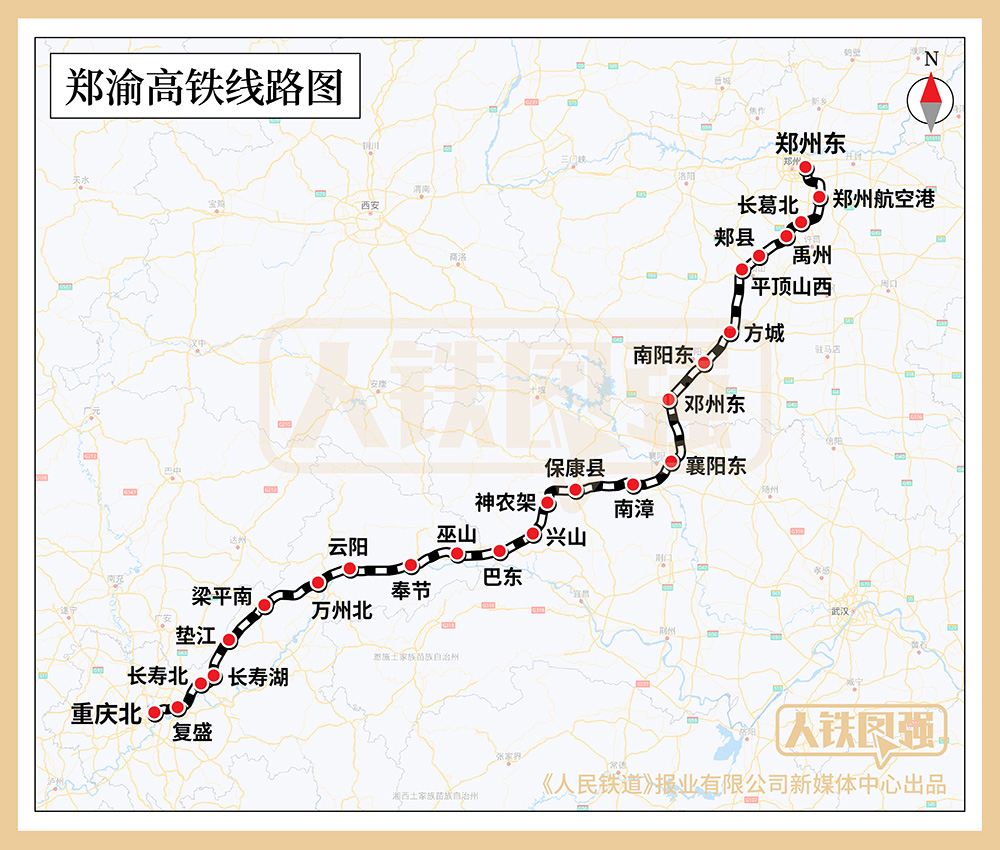 The opening of the Xiangyang East to Wanzhou North section has a total length of 434 kilometers, a design speed of 350 kilometers per hour, and is opened for operation at a speed of 310 kilometers per hour. This section of high-speed railway passes through Xiangyang City, Jingmen City, Yichang City, Enshi Tujia and Miao Autonomous Prefecture in Hubei Province and Wushan County, Fengjie County, Yunyang County and Wanzhou District in Chongqing City, with 10 stations.

Before the opening of the Xiangwan section of the Zhengzhou-Chongqing high-speed railway, when Chongqing goes north to Beijing, it needs to bypass Chengdu, Xi’an and then Zhengzhou. Now, there is a direct high-speed rail connection between Chongqing and Zhengzhou, and the Beijing-Guangzhou high-speed rail Jingwu section has been accelerated to 350 km/h on June 20. Travel time from Chongqing to major cities in central and northern China has also been greatly shortened. 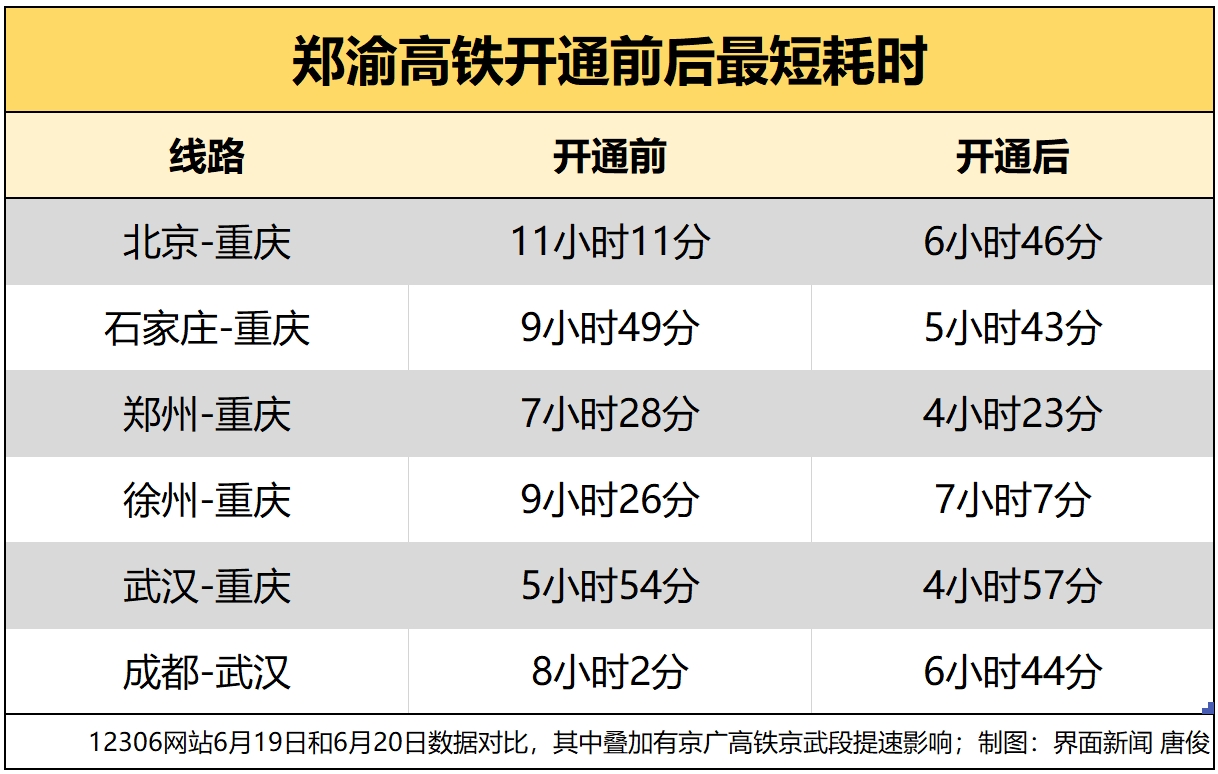 High-speed trains from Chengdu-Chongqing to Wuhan were previously only able to travel on the Shanghai-Hanlong-Chengdu Railway. The design speed of this section of the railway is relatively low, and the distance from Wuhan to Chongqing of more than 800 kilometers will take nearly 6 hours at the fastest. Now Wuhan can also go to Chongqing via the Han-Shi High-speed Railway and Zheng-Chongqing High-speed Railway. Although the mileage has reached more than 900 kilometers, the shortest time can be reduced to about 5 hours.

Crossing the Daba Mountains, the bridge-to-tunnel ratio is as high as 98%

The Xiangwan section of the Zhengyu high-speed railway is located in the mountainous areas of western Hubei and eastern Chongqing. It crosses many mountain ranges such as Daba Mountain, Wushan Mountain and Qiyue Mountain, spans many rivers such as Han River, Daning River and Meixi River, and passes through the virgin forest area of ​​Shennongjia and many natural Protected area, you can see rich natural landscape along the way.

The Xiangwan section of the Zhengyu high-speed railway has high mountains and deep valleys, and the bridge-to-tunnel ratio is as high as 98%, which means that this section of the road is basically bridges and tunnels. A number of extra-large bridges have been erected on the line, including the Fengjie Meixi River Double-Line Super Bridge and the Baokang Lianghekou Double-Line Super Bridge, and a number of long tunnels such as the Small Three Gorges Tunnel and the Xinhua Tunnel have been built. 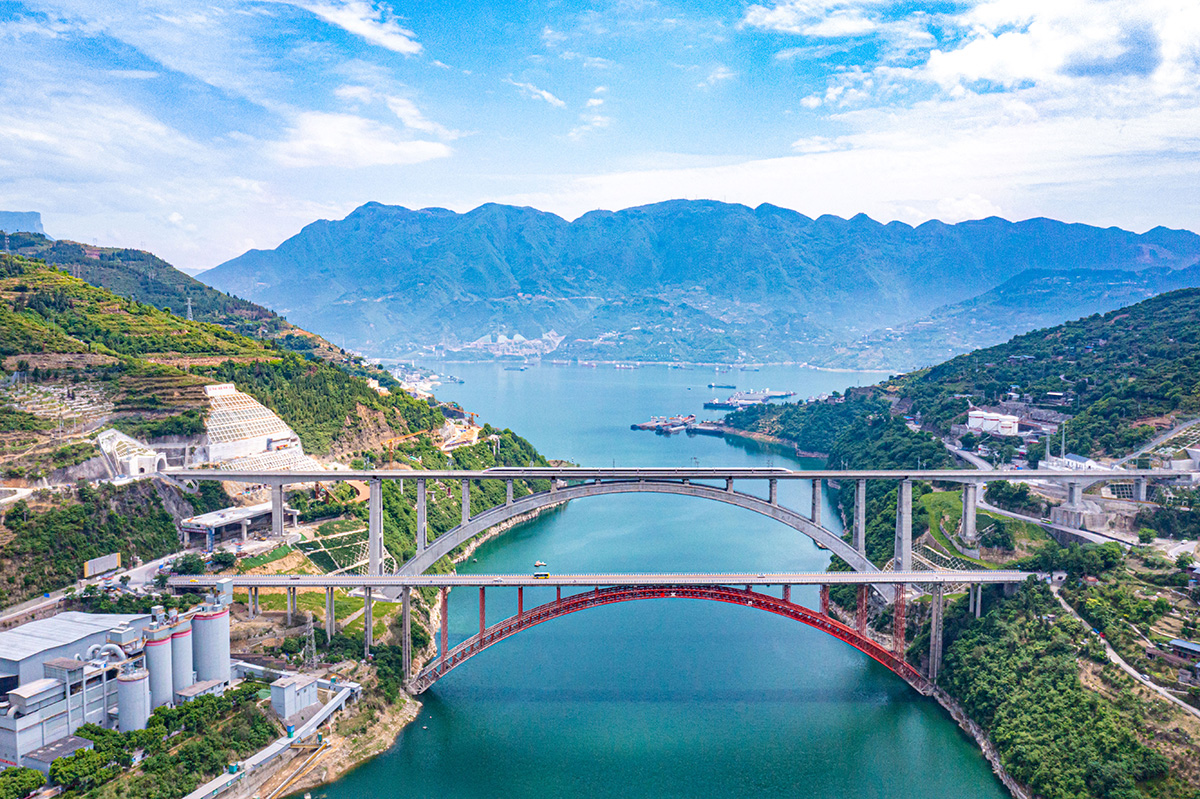 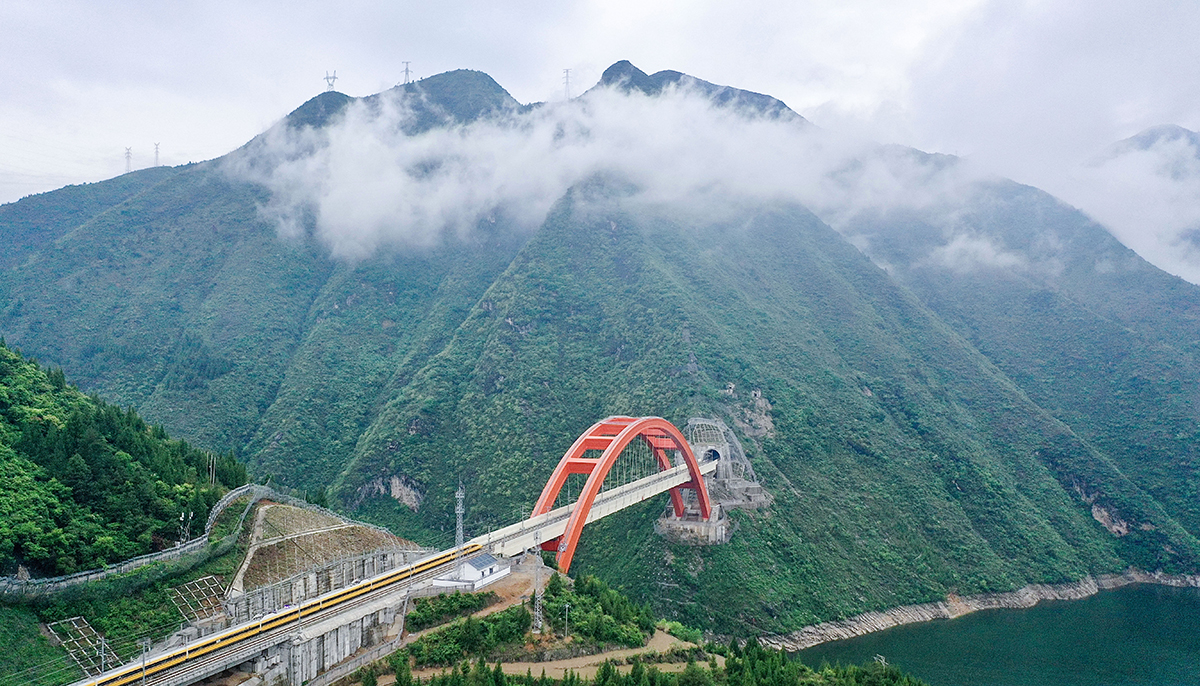 The newly built Fengjie, Yunyang and Wushan stations of the Chongqing section of the Zhengyu high-speed railway are located in the hinterland of the Three Gorges Reservoir Area in Chongqing. After the high-speed rail is opened to traffic, the travel time to the landmarks of the Yangtze River such as Baidi City, Goddess Peak, Qutang Gorge and Wu Gorge will be greatly shortened.

For Fengjie, in addition to the Zhengyu high-speed railway, the An-Zhang Railway (Ankang to Zhangjiajie) and the Yanjiang Railway are also planned, which will become the intersection of the three railways in the future. 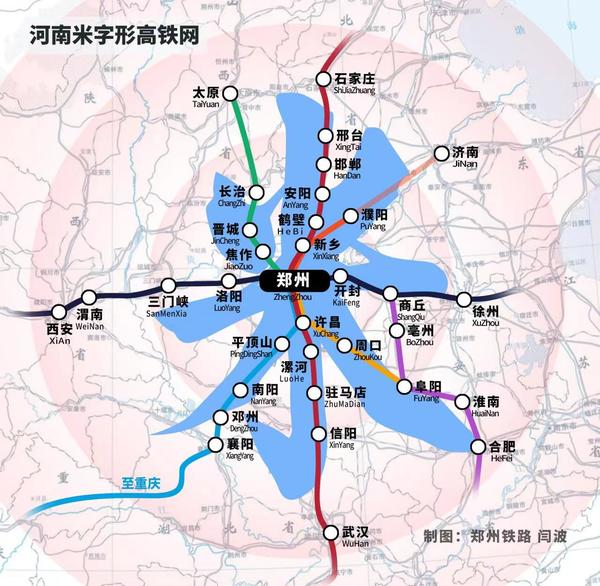 Zhengzhou Airport Station has a total of 32 arrival and departure lines and 30 passenger terminal platforms. The station building has a total of elevated waiting floors, platform floors, entry and exit hall floors, and subway transfer floors from top to bottom. The building area of ​​the station building is 149,000 square meters, and the building area of ​​supporting facilities such as logistics channels, production houses and parking lots is 234,000. square meters.

This article is reproduced from: https://readhub.cn/topic/8gZwTerExp0
This site is for inclusion only, and the copyright belongs to the original author.