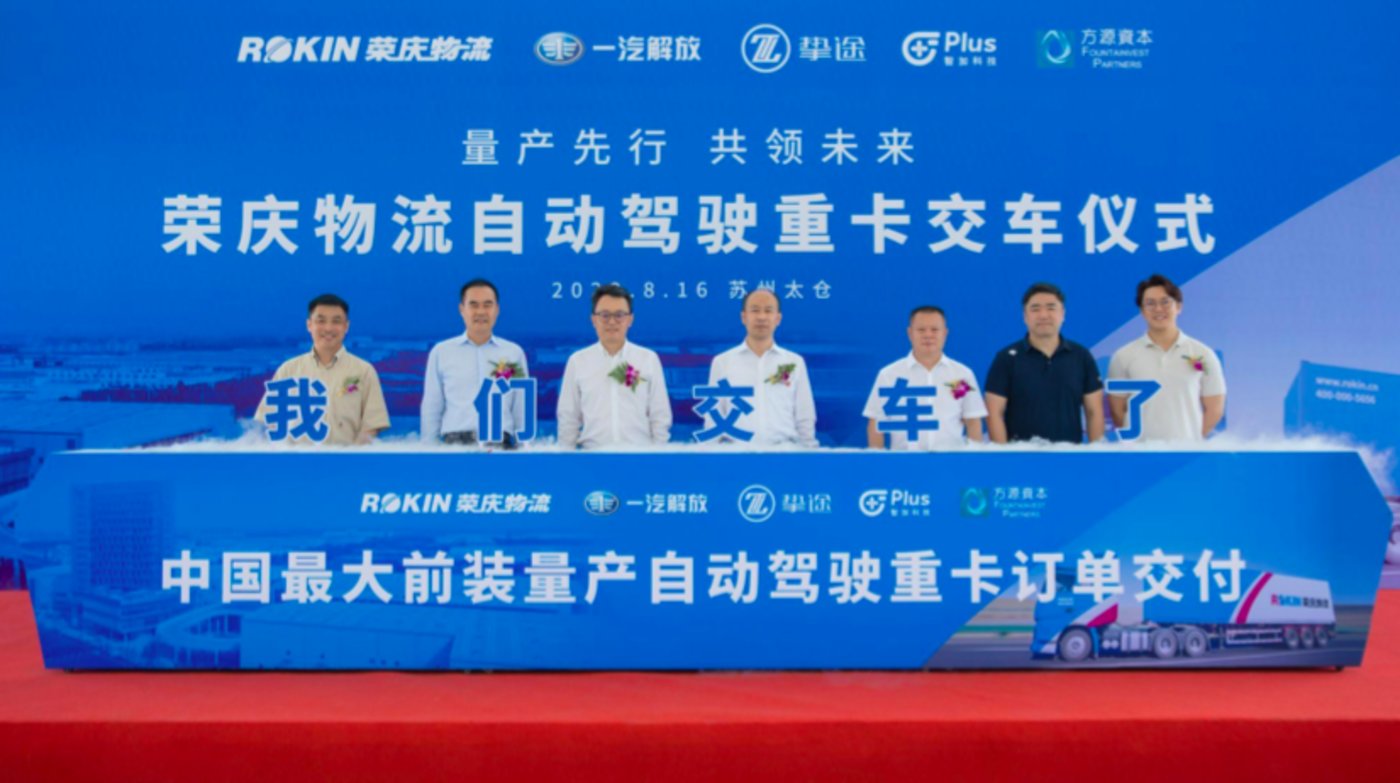 On August 16, Zhijia Technology and Zhitu Technology, based on FAW Jiefang’s mass-produced models, built the self-driving heavy truck, the J7 super truck, and delivered it to Rongqing Logistics in batches.

Founded in 1997, Rongqing Logistics is a 5A-level integrated logistics enterprise integrating the three core businesses of cold chain, general cargo and chemical industry. At present, Rongqing Logistics has more than one million square meters of warehouses across the country, distributed in seven key node cities such as Wuhan and Guangzhou; it has about 2,000 self-owned trucks and 70,000 third-party vehicles.

Previously, the mass-production-level self-driving J7 super truck has been put into trial operation on the two trunk highways, Beijing-Shanghai and Shenhai, with heavy traffic and large cargo transportation volume. Up to now, the combined operating mileage of self-driving heavy trucks has exceeded 90,000 kilometers, the self-driving ratio is as high as 96.7%, and the automatic driving is 10% less fuel-efficient than manual driving.

Among them, the PlusDrive system of Zhijia Technology on the J7 super truck can integrate intelligent functions such as driver fatigue monitoring and safe parking to ensure reliability and safety in all application scenarios; automatic driving in a single lane supports 0-100km/h full speed range and In the large curvature scene, intelligent driving functions such as automatic lane change and micro obstacle avoidance in the current lane have been realized for the first time on mass-produced heavy trucks.

“The production of heavy trucks is different from that of passenger cars. Heavy trucks are custom-made, and it takes a long time from placing an order to receiving the goods.” Rong Li, general manager of Zhijia Technology China, said that 100 self-driving heavy trucks are expected to be produced in one day. All delivered within two years.

According to Rongli, if the commercial operation of self-driving trucks is to be realized, the vehicles must be announced by the Ministry of Communications and the Ministry of Industry and Information Technology. This time, the self-driving heavy truck delivered by Zhijia Technology is a front-loaded mass-produced vehicle. The mass-produced truck from the production line liberated by FAW is a truck that can truly realize commercial operation.

(This article was first published on Titanium Media App)

This article is reprinted from: https://readhub.cn/topic/8iwTSyfZQC1
This site is for inclusion only, and the copyright belongs to the original author.