The ecologist meets you again. In this issue, we have selected the following 5 iOS apps and 3 iOS games, which can be downloaded directly from the client-side free zone.

A special reminder that Alipay has a “Fruit Fan Day” event every Friday, open Alipay and search for “Apple Zone”, you can draw red envelopes to buy apps, the amount is between 0.1 and 10 yuan, 1 yuan “Ink”, 3 yuan “Panda Eating SMS” and so on can be easily won, and the usage details can be viewed on the event page. Like the popular “Panda Eats SMS” before, ZAP is an app that uses the iOS SMS interface to identify and block spam text messages. However, the ZAP app will be more “geeky”. It supports desktop widgets to view text message recognition, and also supports clipboard recognition and iCloud multi-device synchronization. The main feature is fast accounting, allowing you to easily record every expense, the Widget plug-in can be quickly called, and the drop-down menu can be quickly recorded. Set a password to protect your personal privacy, so that your every expense is clear. Anytime, anywhere, the text, picture, video, voice and location you want to record can be properly saved. There are more reminders to remind you that you are busy without any mistakes! 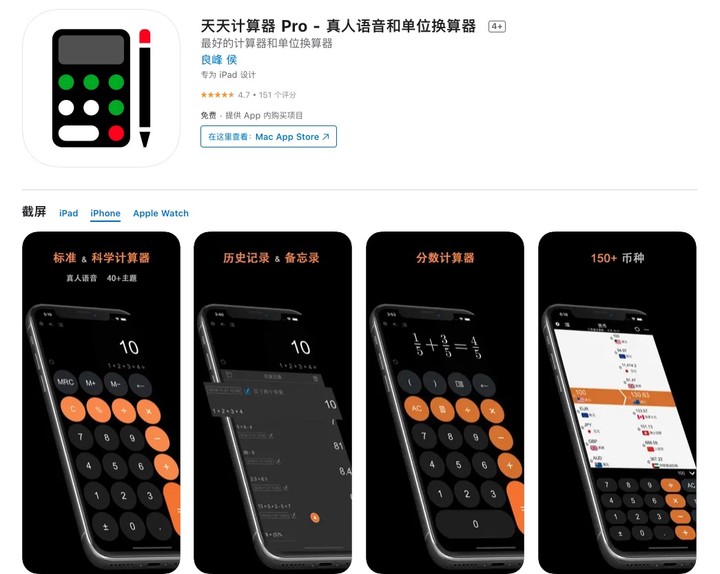 An easy-to-use list helper. Whether you’re planning to go shopping, travel, or learn a new language, List Ninja will help you create a list of things you want to get or accomplish. Stay motivated by tracking your progress! Supports tracking the status of multiple lists and the status of items in the list. 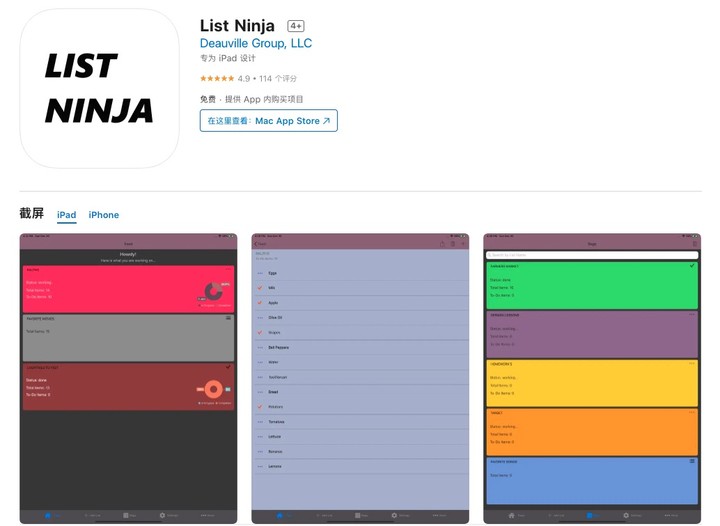 My Fantasy Universe – Start from scratch to create a sandbox galaxy

A sandbox space simulation game. Start with asteroids and absorb other asteroids to form the solar system. You can build up to 100 different galaxies in the game. 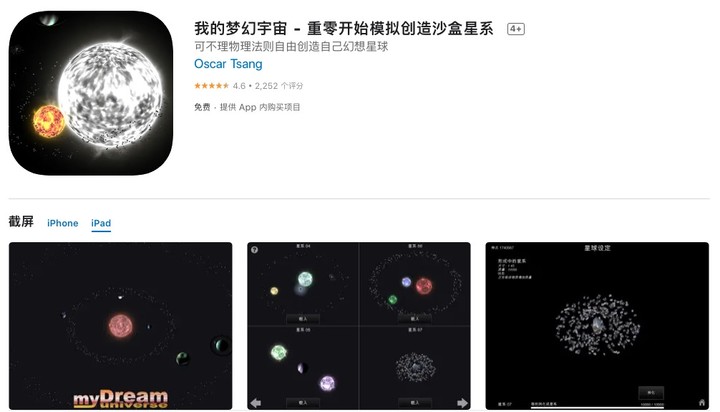 A role-playing game, players will enjoy the fun of capturing and evolving monsters anytime, anywhere, conquering, training monsters and fighting. In the process, you will enter an open world full of fantastic monsters, explore unknown secrets, experience towns with various styles, and mysterious underground ruins. Embark on a new adventure in this martial arts world called Jianghu. More than 100 kinds of martial arts, knives, swords, guns, sticks and various weapons to choose from, to explore this world and find the top martial arts. Stand on the side of good or evil and fight for the Royal Six or the Aoba League, it’s all up to you. As a game that integrates board game strategy, turn-based combat and random dungeon adventure, “For My King” has extremely rich game content, sweeping forest beasts, defeating dark forces, snatching underground treasures, and defeating the powerful characters you have cultivated Enemies that hinder the world.

Adventure is not alone. “For My King” provides two models of single-player game and multi-player cooperation. Group actions cover more areas. The whole army will attack the enemy’s fortress in a concentrated manner, customize a reasonable strategy for each time, and allocate the ability of different roles. Ascension, you are the hero of the world. Gwent: The Witcher is a spin-off card game from The Witcher series that combines narrative-driven exploration with puzzle-solving and card-battle mechanics for a unique gaming experience. The main story of this work is nearly 30 hours long and has a variety of different endings. Aside from the plot, the balance and gameplay of the Gwent card itself is also excellent in card games. A survival horror first-person shooter based on the novel of the same name, telling the story of the year 2033, when the world is overrun by mutant monsters, and you need to warn the survivors that a terrorist attack is coming. Humanity’s last hope is in you. “Railroad Empire” is a simulation business game. You will create a complex and vast railway network with your own hands. You can purchase over 40 train types, each modeled in great detail. At the same time, you can also acquire or build train stations, maintenance workshops, factories and tourist facilities to make your transportation network invincible in the fierce competition.

An RPG game, incarnate as a monster knight who can build bonds with monsters, nurture monsters, and coexist with monsters, visit various places, and experience the world of monster hunters through stories and missions.

In this world where all the fire dragons have disappeared, the protagonist who inherited the bloodline of the great knight “Liteng” and the dragon girl Aina, who was entrusted with the dragon egg, achieved a fateful encounter. This revolves around “Wings of Destruction”. This is how the story begins. Oreo World is an innovative skateboard action platformer full of personality. Players flip and vacate the vivid and energetic “Cool Skateboard Island”, meet friends with skills, meet all kinds of animated characters while showing off their skills, and compete with them. Crypt of the Necrodancer

Rhythm Dungeon is a hardcore roguelike rhythm game. Save the dancing death dungeon, kill the ghost dancer, and regain your heartbeat. In the game, you move in rhythm through ever-changing dungeons while defeating dancing skeletons, zombies and dragons. The ending of the “Trinity” series, the game maintains the usual fantasy style. Under the gorgeous 2.5D scenery, switch between the dream adventures of warriors, mages, and thieves. Old friends reunite again. Is the new enemy a prince? Decryption, action, boss battles, Trinity 4 has it all! A critically acclaimed RPG action game where you use a deep combat system to unleash devastating skills and mana against legendary monsters and even climb on them for close-range attacks. You are free to explore the vast Gransys continent and start your adventure with three AI companions.

An RPG game, incarnate as a monster knight who can build bonds with monsters, nurture monsters, and coexist with monsters, visit various places, and experience the world of monster hunters through stories and missions.

In this world where all the fire dragons have disappeared, the protagonist who inherited the bloodline of the great knight “Liteng” and the dragon girl Aina, who was entrusted with the dragon egg, achieved a fateful encounter. This revolves around “Wings of Destruction”. This is how the story begins. As the latest work in the series, “Monster Hunter: Rise” has greatly expanded the athletic ability of hunters on the basis of “Monster Hunter World: Iceborne”. The addition of “Hanging Insect” allows players to be unfettered on the battlefield, allowing hunting to achieve further evolution. With the unique attacks of various weapon types, a new hunting action is born. The addition of “Dragon Royal” enriches the interaction between players and monsters, and “Follower Tooth Hound” allows players to be more flexible in battle. Fighting faster, with more skills, and full of athletic ability, “Monster Hunter: Rise” brings you a new hunting experience. A game with the theme of “healing”. The background of the story is a world dominated by monsters. Players have to control the wolf named after the sun god “Amaterasu” in Japanese mythology as the protagonist to defeat the enemy. The screen of this game is composed of a special ink coloring method, showing the unique style and brushstrokes of Japanese ink painting. The background of the game is set in a world called “Bliss”, in which the player plays an amnesiac police inspector to re-investigate a murder case he took over before his amnesia. The game mode of “Disco Elysium” is extremely simple, and almost the whole process only needs to rely on dice to operate. Although it sounds boring, the script of this game has injected soul into it. This game also won the 2019 TGA (The Game Award) for the best narrative award and the best role-playing game. A physical space sandbox simulation game. In “Kerbal Space Program”, you will lead the space program of the alien race “Kerbals”. You can use a wide variety of parts to assemble a fully functional spacecraft that can fly (or crash) based on real-world aerodynamics and orbital physics. Send your Kerbal crew into orbit and space and keep them alive to explore the various moons and planets in the Kerbal Solar System. 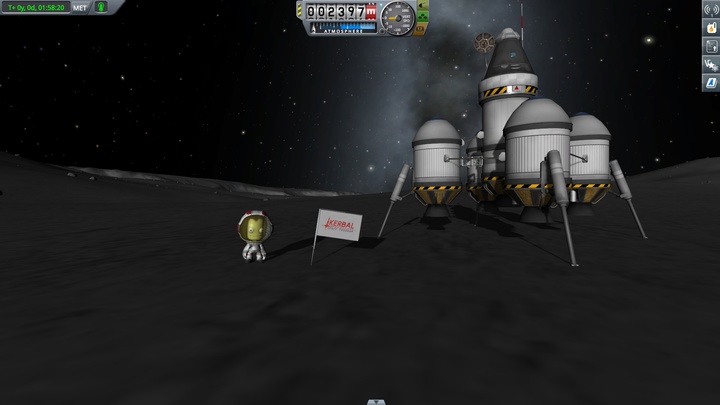 In Killing Floor 2, you’ll travel deep into the continent of Europe, where Europe has been paralyzed and chaotic as a result of a failed experiment by Horn Biotech and the emergence of horrific and murderous Zed clones.

The 6-player cooperative mode and 12-player VS zombie mode will satisfy players who like to shoot. PlayStation in the port area has launched the “Double Discount Offer” special event. PS+ members can enjoy double discount on the purchase of games in the special theme, and the maximum discount can be up to 20% off. Although the games participating in this event are very rich, there are not many special discounts at discounted prices, and you can start on demand. The event ends on June 22. The following are some of the games that are up to 20% off this time: A first-person galactic city puzzle game. The game is mainly inspired by Zelda, Metroid and Portal. Let’s start decrypting simply and directly. Get a goal at the start and the rest is up to you! The game as a whole is quite difficult and requires serious brainstorming. This article is reprinted from: https://www.ifanr.com/app/1495511
This site is for inclusion only, and the copyright belongs to the original author.