It turns out that in the experience of “Latin” BGM this time, players from all over the world stood on the same starting line.

A few months ago, “Elden’s Circle”, which cured many players’ electronic impotence, is no longer the object of discussion among players after a meal, but it still attracts many players because of the large number of hidden contents that are still mysterious. The few “Huan Scientists” continued to dig three feet in the junction.

In addition to the plot texts that the environmentalists focus on, the lyrics of the original sound in the game can also be their research objects. The most famous of them should be the “Song of Sorrow” known as the “Song of the Bat”.
Lament). 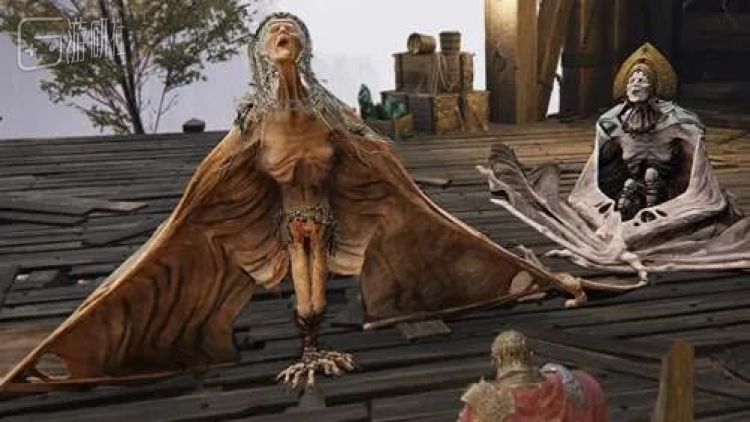 Compared with the ambiguous vocal lyrics in other music, this song sung by the bat banshee can clearly hear that the lyrics are from Latin, so it has attracted many friends who are familiar with Latin to join the pair. its restoration and translation.

During this process, although they questioned each other tit-for-tat because of various academic details such as ancient Latin or medieval Latin, word usage, etc., they finally got their own version of the lyrics. 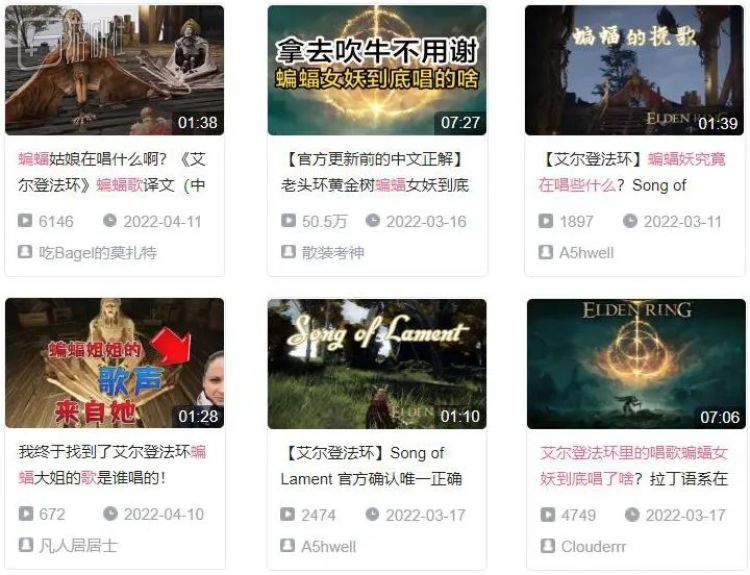 Magister Organi on Reddit, a student of Latin, is one of the researchers. It’s just that in addition to the ordinary method of argumentation, he also found the singer of the song of the bat, and thus contacted the staff involved in the production of the song, and harvested a semi-official version of Latin lyrics. 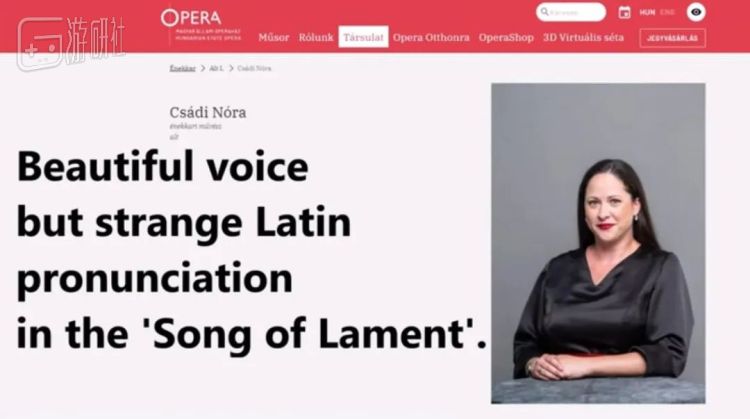 In addition to the bat song, many of the old man ring’s music is mixed with vocal parts. Especially in the BGM of a large number of BOSS battles, more or less vocal lyrics are added at the climax to enhance the epic sense of the fighting atmosphere.

But when he was going to follow this line of thought and continue to reveal the lyrics of other songs in the old man’s ring, he found that it was difficult to make substantial progress. Even if he can also find the singer of the vocal part of the song, he can only get the well-divided but meaningless lyrics, and still can’t understand the meaning. 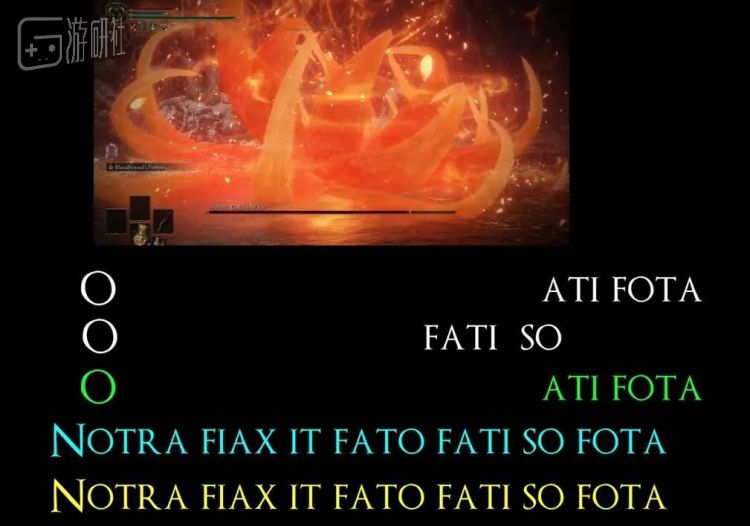 So this time he tried again to contact the producer who participated in the music of the old man ring through a friend. The other party not only told him a lot of the behind-the-scenes music production process, but also gave him a cruel answer: “A lot of lyrics It just sounds like Latin, but doesn’t actually mean anything.”

These lyrics are actually computer-generated and do not belong to any language in reality. To enhance the song’s appeal, the lyrics were artificially tweaked after production, which made it sound like Latin, but it wasn’t. 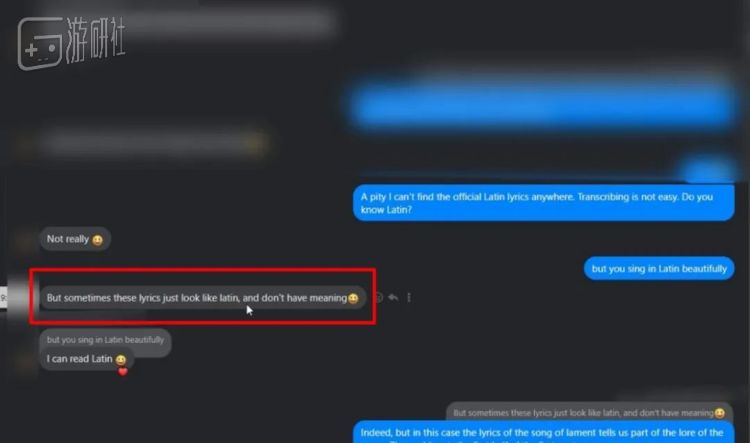 In fact, as early as FromSoftware’s previous work “Dark Souls 3″, there was a player who was arguing about the meaning of the lyrics and sent an email to the music producer to ask for the truth. Some of the lyrics are meaningless”.

Magister Organi feels that many people who claim to have deciphered the meaning of the BGM lyrics of “Ayrden Circle” are actually the same as the so-called lyrics of the Dark Souls 3 period, but they rely on the pronunciation of the lyrics and brain supplementation to create “Second Creation”. lyrics”.

But the discussion of the old man ring lyrics is not over yet.

Due to the large mosaics in the chat logs released by Magister Organi, he has since deleted the related videos for unknown reasons. So now some people are beginning to question whether the so-called “producer” he mentioned has really participated in the music production of the game.

This scene is the same as the background music in the BOSS battle. No matter whether it is meaningful or not, at least the atmosphere of “Encyclopedia Discussion” is in place – and all of this may be what FromSoftware, who loves to tell riddles, wants to see.

This article is reprinted from: https://www.yystv.cn/p/9296
This site is for inclusion only, and the copyright belongs to the original author.