This is the 22nd issue of GeekPlux Lab, and each issue will be published simultaneously on the weekly page of my blog . At present, 2,566 students have subscribed to this week’s magazine. You are also welcome to subscribe by email . You can receive the update push as soon as possible.

In addition to this paid content this week, there is also a free article, please move to write the background data sharing after the 20th issue of the newsletter

Over the weekend, I saw a picture (below) flowing out of Apple’s new connectable device called EyePod. The icon looks like the VR headset that Apple will release in the future.

Originally, I wanted to write about Apple VR, because I have a little background in VR, but now the pictures are all rumors, and I don’t know what to write about. Although Apple’s secrecy has been getting worse in the past two years, many devices are still not officially unveiled until the official conference. Usually, the early leaks of products are the fault of supply chain manufacturers, but this time I haven’t heard of any manufacturers exposing the prototype of the helmet, so I still need to wait, and I will continue to pay attention. 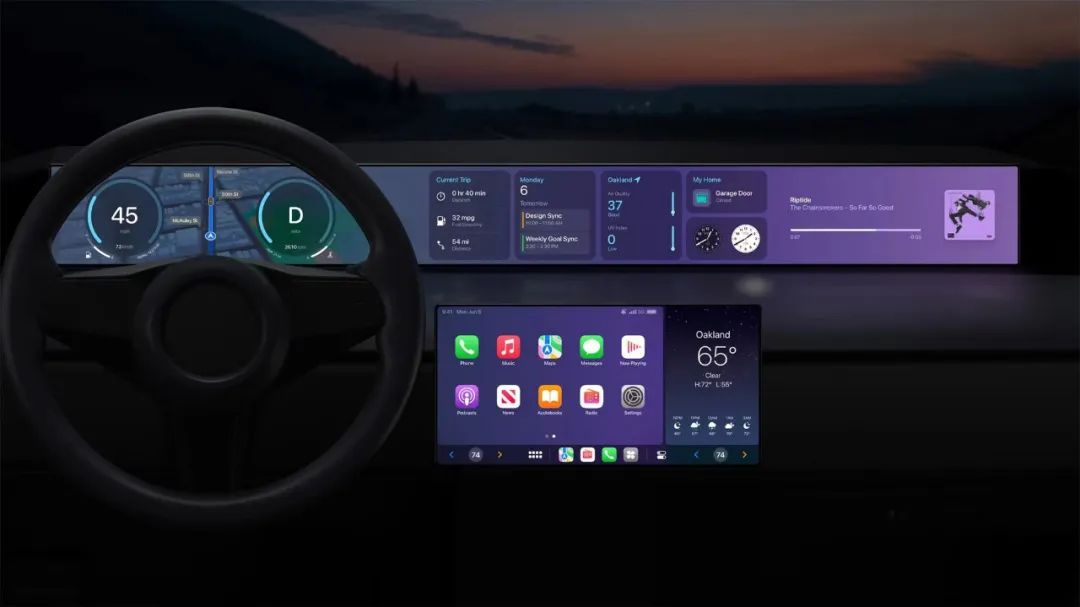 Although the topic of this issue is Apple, it is not VR, but CarPlay . Last week, the annual WWDC was officially unveiled. As a senior fruit fan, I stayed up late to watch this “Spring Festival Gala” as scheduled (but I was older and fell asleep directly in the second half of the journey), in which a car appeared during the introduction of CarPlay. The center console, with an extra-long screen, I believe this may be the first step in the so-called Apple Car in the future – taking over the operating system entry of existing car manufacturers. Let’s talk about it this time.

Disclaimer : This article is from the author and does not represent any institution or company, nor does it constitute investment advice.

It is also possible to join Telegram group chat discussions.

Here is GeekPlux ‘s newsletter , welcome to subscribe , if you think this article is useful to you, you can share it with your friends or invite me for a cup of coffee.

This article is reprinted from: https://geekplux.com/newsletters/21
This site is for inclusion only, and the copyright belongs to the original author.