The new year is here, and this year’s new year is finally different from previous years. Getting together and hugging are no longer unnecessary. The editorial department of Shandu also sends blessings to readers and friends on the occasion of the New Year, and shares our New Year wishes together.
In the process of trying to reconstruct the new order, looking back at not long ago, December seems to have been a long time ago. At the end of December, the monthly pick book list of the single-read editorial department was not released as scheduled, but we are still keeping records, trying to use books as a starting point, and use courage and faith to crack the disordered world.

Writer of the Month From “Winter Swimming” to “A Happy Journey” and then to this “Slow Walk”, we have been pleased to see Ban Yu’s improvement and maturity in the language of novels in the past five years, but what moved us more is precisely his Something that never changes. He is such a sincere writer and lifer. He has always stood with the people in his works, concerned about their fate, and empathized with their experiences. ——An ordinary person, living in today and the present, facing the reality of falling, decaying, and broken, how is he struggling not to be swallowed by fate.

The people in Ban Yu’s works have never been the kind of decisive, high-spirited, strong people who can keep pace with the times and have full control over their destiny; they are often a group of weak and helpless people, trapped by fear, and afraid A mediocrity who acts and is afraid of doing nothing. But they are unwilling to be completely captured by fate, let alone a group of indifferent and self-pitying people. They are supported by some basic emotions and values, and have simple love and warmth deep in their hearts.

Today, when it is difficult for novels to reproduce the classic style, we need such works, writers like Ban Yu, who make literature reconnect with our reality, and make “them” in his works and “us” today be able A real life connection and emotional resonance takes place. We need a new language to express a new reality in which the value of “human being” is reasserted.

Book Design of the Month

Polyphony: Bach and the Lament of Life 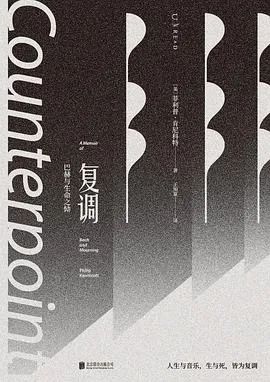 Good graphic design is often the magic weapon in graphic design. The arrangement of information and graphics in the layout, the change of the middle line of the graphics and the generation of order all make the cover of the book reach a comfortable balance. 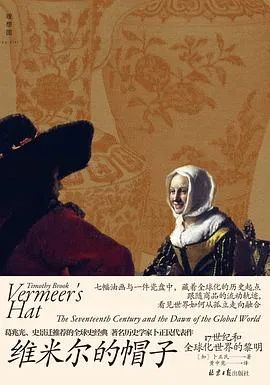 The combination of Vermeer’s painting and the blue and white porcelain vase on the cover, and the adjustment and matching of tone and composition make the story that this book wants to tell clear.

Podcast of the Month

Vol.48 Take a walk with Ren Ning｜Fork in the road is also very interesting! 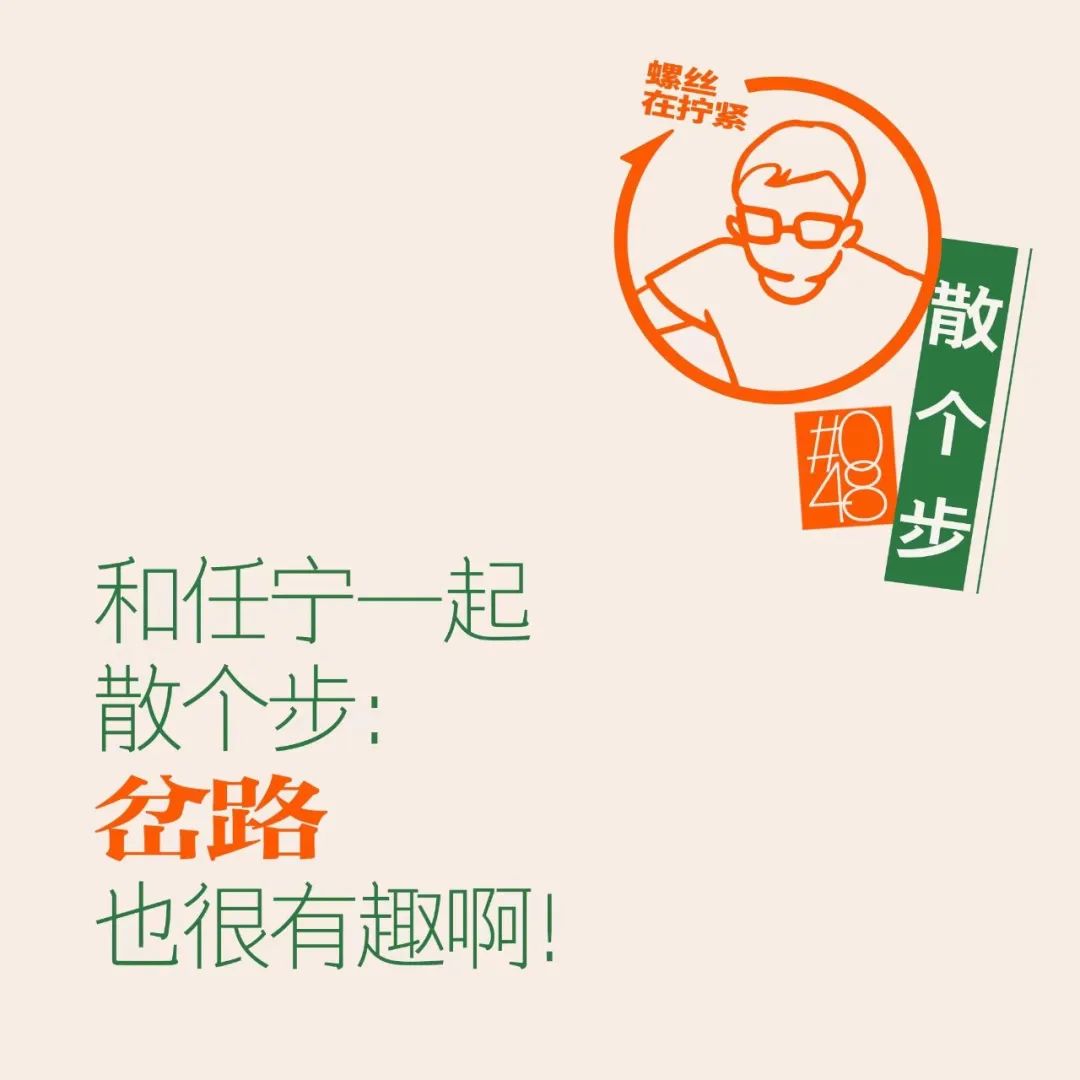 In December, after ushering in drastic changes on all levels and a sudden high fever, the exhausted body and spirit are always eager for some long-lost “slowdown”-first, start with a slowed down pace. Therefore, this episode was listened to and reviewed repeatedly in December. The pleasant conversation atmosphere and interesting human observations made me regain a lot of desire for neighborhood and walking. Will we be better off this winter? Before that, sort out your own curiosity first, and taking a walk with your friends is also a good choice.

books to help us think

Books of the Month 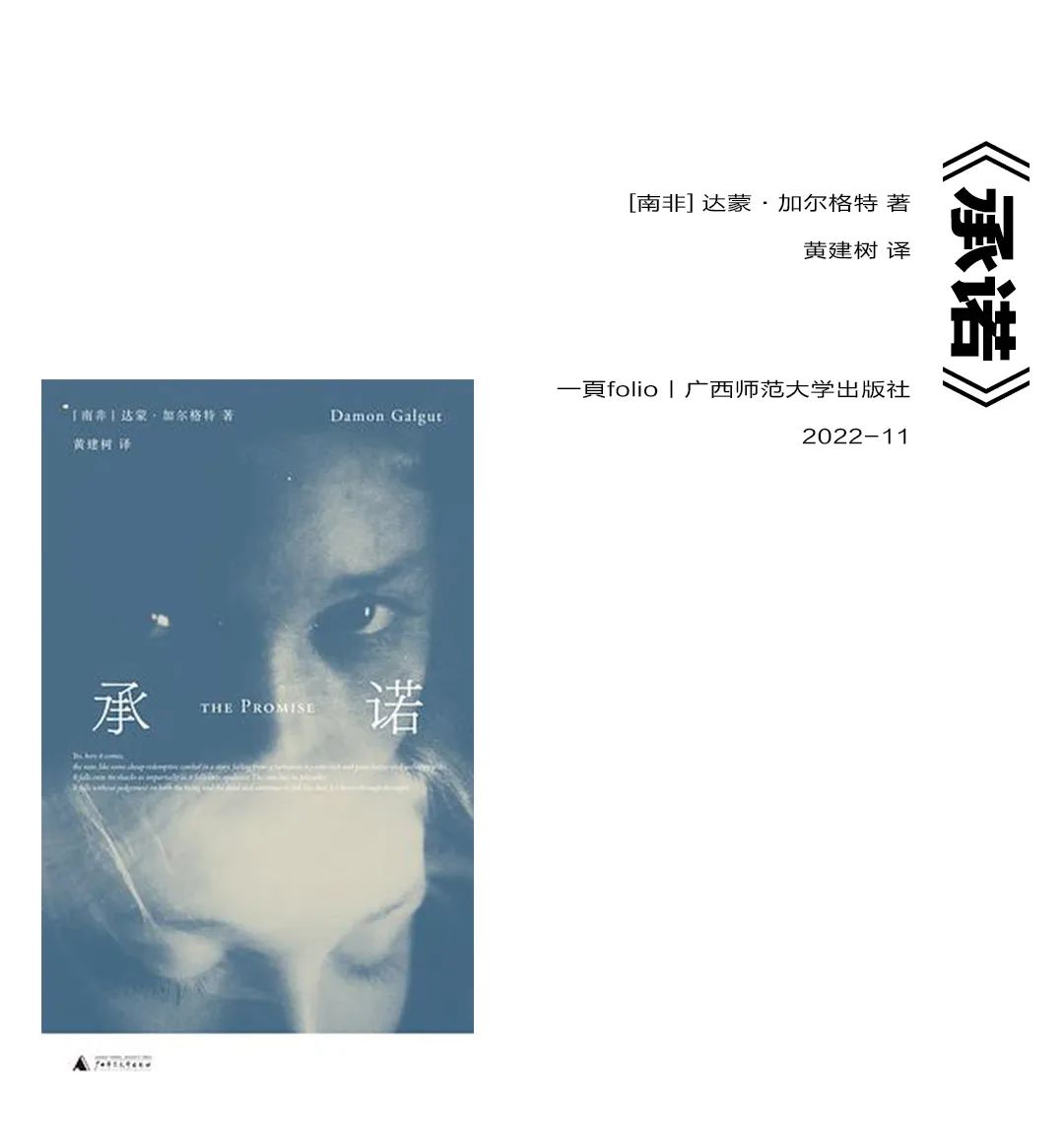 A long-delayed promise to a black maid, Salomi, spans three decades, and follows four funerals of a white South African family. In the novel, different characters, different perspectives, and different narrative voices change back and forth, but only the voice of the real protagonist Salome is missing. From another aspect, it implies that even if it becomes the Rainbow Kingdom, there are still neglected people who are silent here. exists. The change of history does not happen overnight. The collapse of South Africa’s decades-long apartheid policy does not mean that inter-ethnic differences, conflicts, violence and trauma can be healed overnight. “The Promise” uses the section of a family to present how small creatures are affected by that turbulent history, the ubiquitous differential treatment between blacks and whites, and the cannibalism among blacks and whites. But when the political wind vane turns around, how can everyone rationalize everything in front of them? And these are just “legacy issues for the living”. 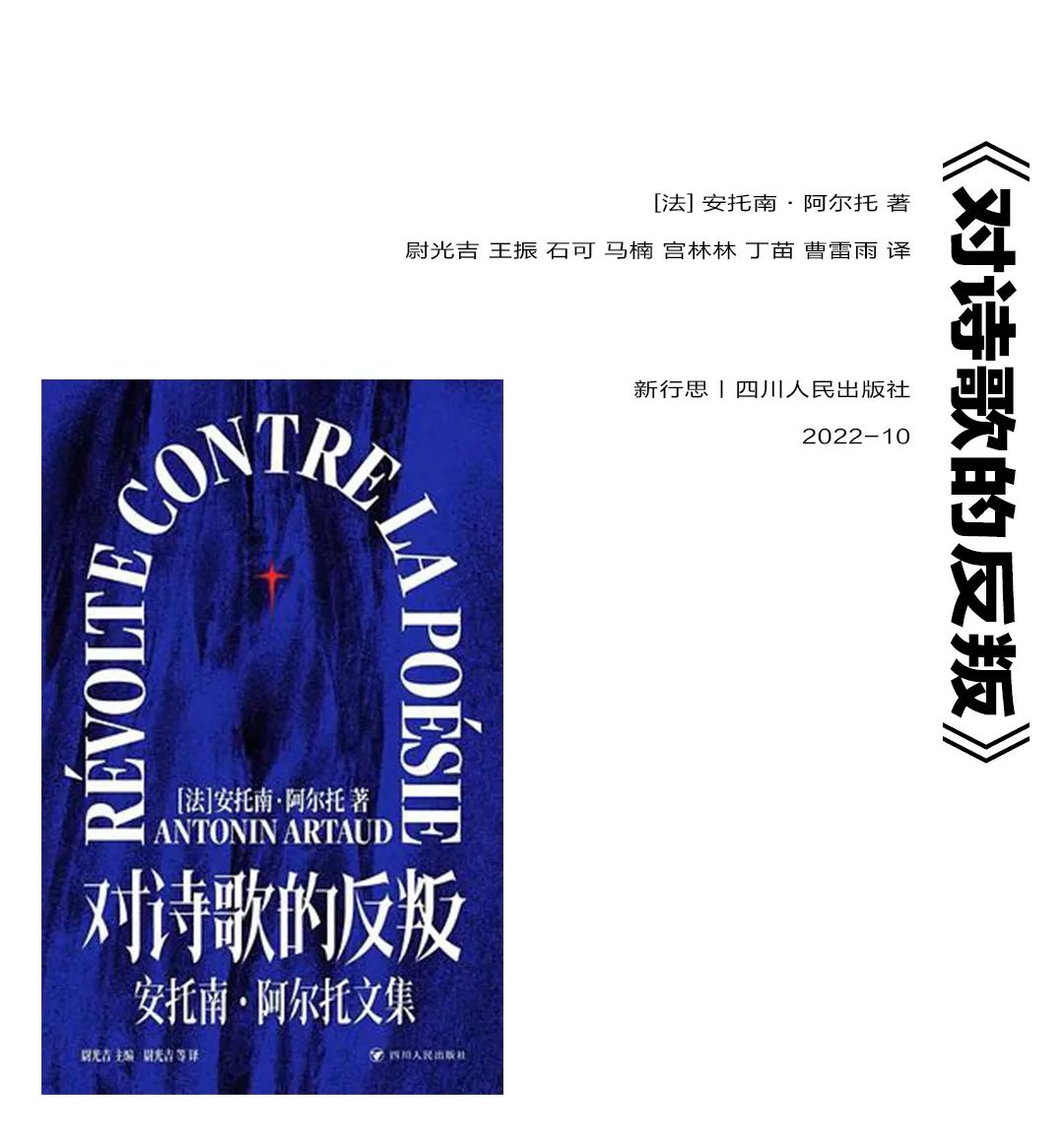 It can be said that Artaud’s creation is intuitive: for himself, creation is a kind of original burst (although it is accompanied by extreme pain), while at the level of the viewer, his babbling, struggle, frenzy and unrelenting Without any pretentious form, it goes straight to the reader’s heart. He often uses “enemy” and “rebel” to define himself, breaks free from the shackles of so-called tradition and classics, and tries to make his modern roar. This kind of rebellion is not a hypocritical or pretending to be independent at the level of words, Aalto And his rebellion have become an integral and inseparable strong structure——even if he is not “successful” and will never be defined as “successful”, his rich works are obviously heard by everyone, alone Belonging to him, the bursting Heart of Hearts. 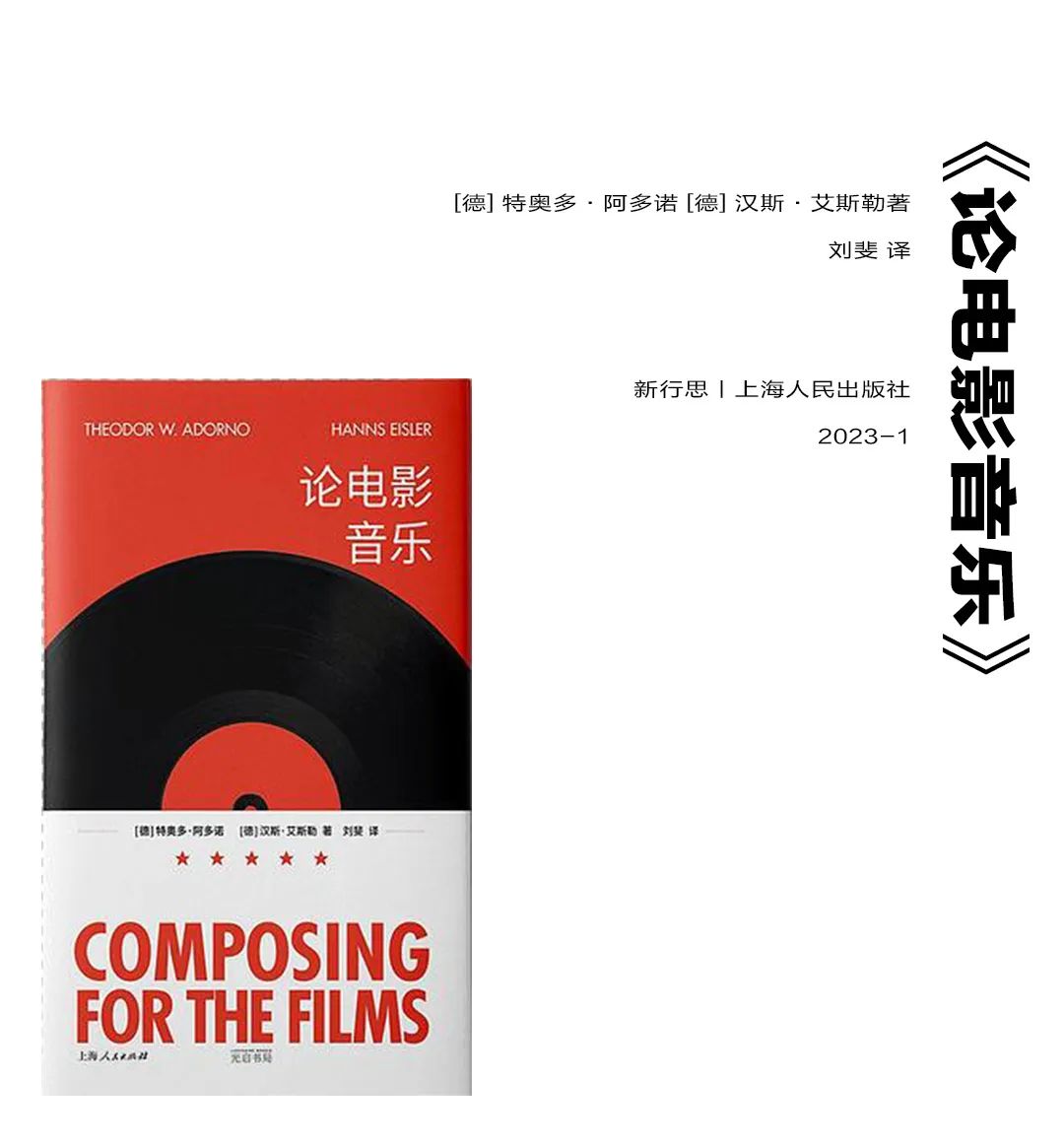 In the era of Teodor Adorno and Hans Eisler, the film industry was dominated by five super production companies. The inherent monopoly system of the production companies made the film production process increasingly centralized. Film soundtracks in commercial films are advocated to use musical means to achieve emotional closeness with the audience in order to gain audience recognition. In the book, Adorno emphasized the “archival” feature of the acoustic dimension, which can preserve the “pre-individualist collective characteristics” more effectively than the visual dimension. Industrial capitalism commercialized music, copied, reused music and Deploying clichéd images to demean the public, hedonistic and utopian nature of music itself is “used in the service of commercialism”.

Although the commercial production system is undeniably strong, resistance from creators and producers still exists. Eisler insisted that the composer needs to be involved in the production from the beginning, working with the writer and director, not for them; the use of music should be inspired by the intrinsic needs of the work. “Film music should speak in its own voice, it should both cooperate and respond. Good film music ‘should shine’, its role is to ‘make something perceivable’, make as much The results are heard, not ‘lost in yourself’.” 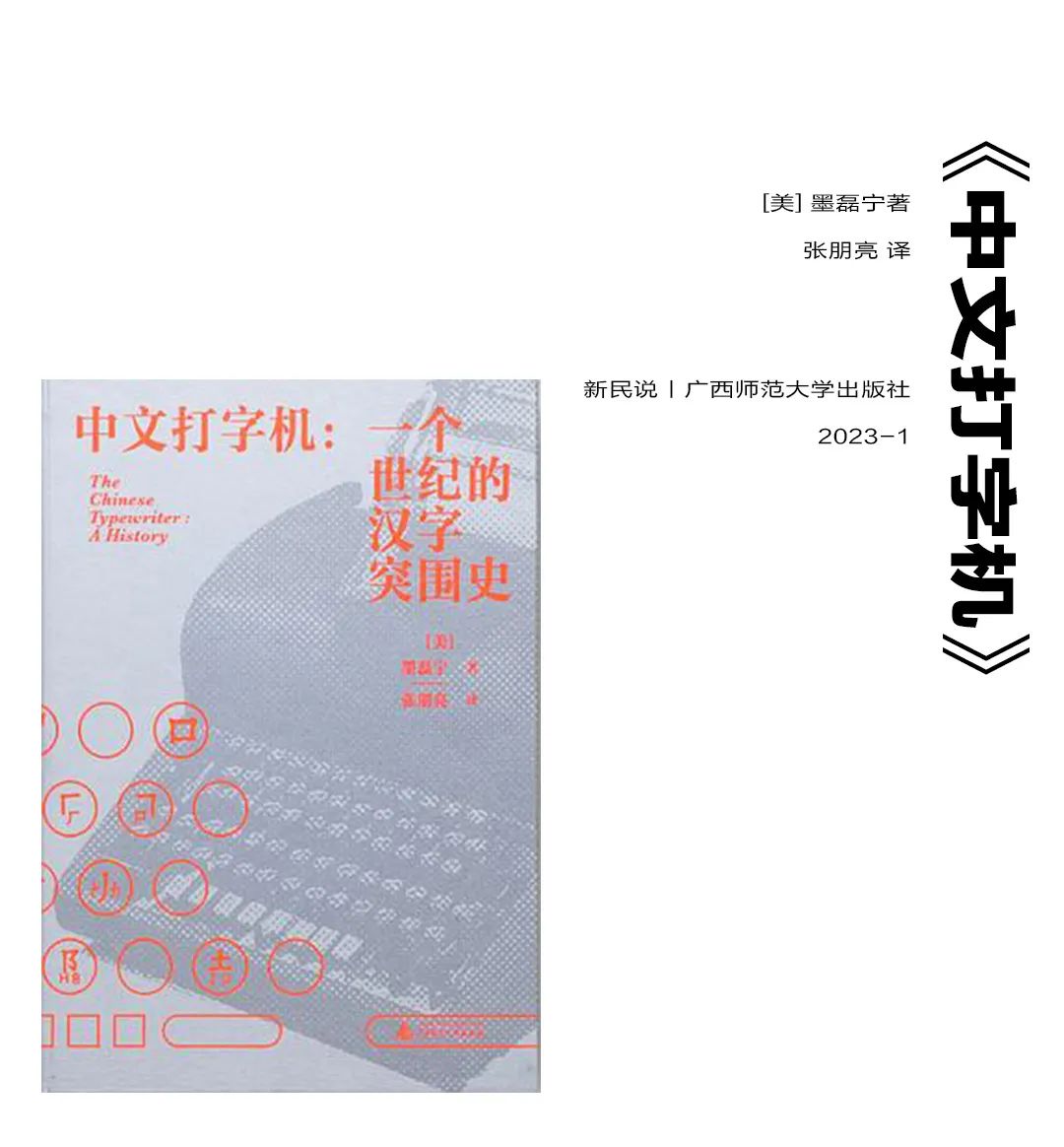 In this book, Thomas S. Mullaney, a professor of history at Stanford University, takes the ordinary Chinese typewriter as the research object to give a new understanding to the history that seems to be a conclusion. Today, we seem to take it for granted that “typing” as natural as breathing is not taken for granted – because Chinese characters are non-alphabetic characters, it is difficult to adapt to Western-style typewriters in the process of modernization, and they have been excluded for a long time by the universality of alphabet-centrism. outside. Today, we have learned Pinyin since we were young, and we have naturally mastered the parallel system based on the English alphabet. Behind this is the silent efforts of batches of reformers in the past century. The author takes the initiative to break the premise of the superiority of the West, traces and reflects on the “expulsion” of Chinese and even the East by the West-centered world in the process of modernization, and also allows us, as Chinese input method users, to break out of our usual habits and critically examine the subtleties. See the world anew.

In the new work “The Details of Fiction: From Jane Austen to Kazuo Ishiguro”, we see Huang Yuning, a famous translator, novelist, and critic, is very persistent in details. Her interpretation of more than 20 classic writers, from From the details, to the details, each article is like tailoring clothes, with meticulous observation and unique aesthetics to discover the sparkle of the details of the novel, revealing the charm of novel art to us.

As Teacher Liu Qing said, Huang Yuning’s “reading is like touching the skin of the text with the eyes, so the light of inspiration from the details comes unexpectedly, enlightening imagination and thinking, and finally allowing insight and comprehension to reach the deep and high “.

In this book, Huang Yuning is an excellent guide for novels. With the natural advantages of the translator, the author’s personal understanding and the critic’s keenness and thoroughness, he shuttles between literature and reality, fiction and criticism with ease, Lead readers into the deep literary world. 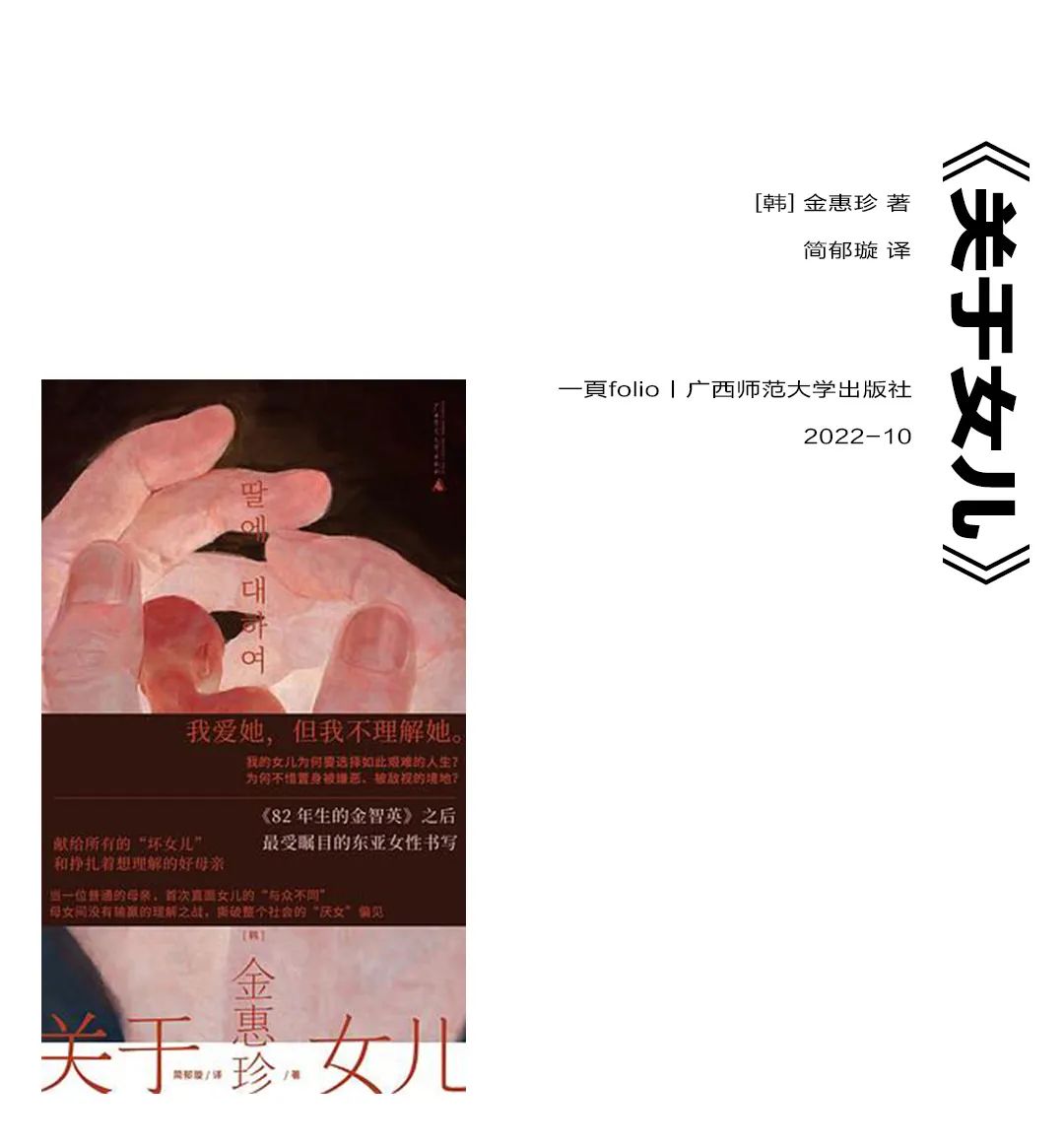 An up-to-date account of the mother-daughter relationship. The opening chapter reveals something that East Asians seldom say explicitly, but actually firmly binds people together—the economic relationship between mother and daughter. At the same time, it also reveals the cruel reality of the current Korean society. More and more people become temporary employees, lack social security, and it is difficult for the relatively poor class to find a way to rise, barely making a living under the reality of rising housing prices. As the novel progresses, another layer of suspense is revealed, and concerns and discussions about gender politics are also brought into the narrative, testing the extent of a mother’s love and understanding.

The novel is narrated in the tone of the mother, who works in a nursing home, and the narration about aging is also very moving. “It’s all because everyone has become an inconspicuous elderly person, and there are only a handful of places that can accept the elderly.” “The streets are full of wasted time again and again because they can’t control the endless waste of time.” As a young kid, I was drawn to the glamor and healthy energy of the good times that emerged and ebbed on the streets at night.”

Maternal love is an all-too-familiar topic, and there are many vulgar stories, but the maternal love in this novel is no longer a vacuum because of the fuller experience of life and strong social criticism. This is a story of tension between tightly bound women in a world where life is more of a concern than death.

To be issued with the first single reading in 2023 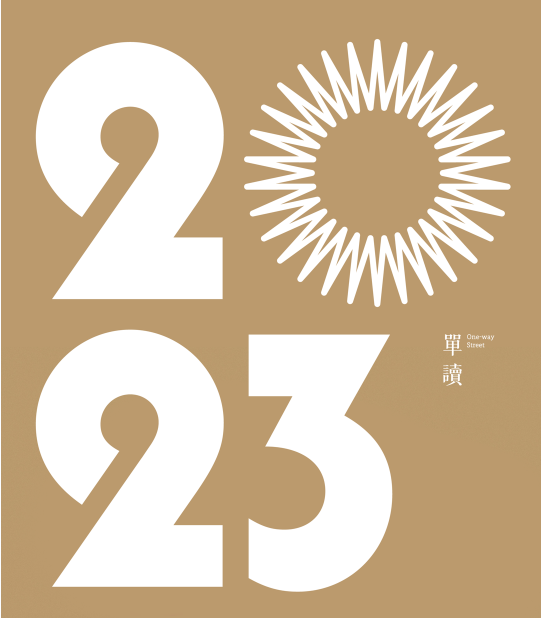 ——
This article is from: https://ift.tt/JFfqoQC
This site is only for collection, the copyright belongs to the original author