So everyone always thinks that Gao Ling’s operation is a failure, is that really the case?

In fact, this investment, Hillhouse, has already won since it entered the game.

Because it needs a different angle.

What is the ultimate goal of all fund managers? It’s Buffett’s Berkshire Hathaway.

Because funds, whether public or private, the biggest problem is not the market, but the customers.

Once the net worth falls, very few customers can bear it.

This is the biggest source of pressure for fund managers, which can easily lead to deformation of actions.

This is why Buffett closed his private equity fund and started building Berkshire Hathaway.

If you lose money, do it yourself.

With Berkshire, everyone is a shareholder and a community of interests.

Even if shareholders sell stock, it will not affect Buffett’s operations.

And if you want to build Berkshire, you don’t have to register a company.

Berkshire’s strength lies in the fact that its insurance companies and high-quality companies can continuously contribute cash flow, and Buffett invests with a continuous flow of cash flow.

The stock gods are investing with a steady stream of cash flow. This is actually a bug.

So for Hillhouse, the Berkshire model is a great temptation.

This is a great temptation for all money managers.

The steady stream of cash flow is like Erdan encountering Widow Zhang, and he is out of control.

But this opportunity is rare because the management of most companies does not want to lose control, especially high-quality companies.

For example, when Baoneng took a strong stake in Vanke, it also harassed Gree, setting off a huge wave.

The management of Vanke not only overturned the table, but also almost engaged in a poison pill plan.

As for Gree’s mixed-ownership reform, Zhuhai SASAC’s sale of 15% of Gree’s shares is an excellent opportunity.

In this way, you can become the largest shareholder of Gree and have the opportunity to control a high-quality company.

Although Gree’s performance has declined in the past two years, it is reasonable to say that Gree’s fundamentals are still better than companies with more than 80% of A-shares.

However, it is precisely because of this rare opportunity that the competition is fierce.

The selling price of Zhuhai SASAC is fair (although it has fallen a lot now, this is business, it is the capital market, and the situation is unpredictable), then the difficulty of the game behind is Gree management and Dong Mingzhu.

It can be said that in the end, Dong Mingzhu chose Zhang Lei.

Because Zhang Lei is gentle and elegant and will not interfere with the management, the same is true of Hillhouse’s investment history.

And HOPU Capital Fang Fenglei is a strong figure, and he will never be used to anyone.

The price paid by Hillhouse is that Gree’s management has a huge right to speak, including not only the distribution of rights and interests, but also the nomination of directors, and even major business decisions in the future.

Speaking of people’s words, Gree Electric has entered an era of no actual controller on the surface, and the actual management’s right to speak has been greatly improved, while Hillhouse has no right to speak.

There is also a price that is not considered a price. Gree cannot move out of Zhuhai and will do everything possible to support the economic development of Zhuhai. This condition is obviously given by Zhuhai.

And what Gao Ling obtained was:

1. In the next few years, the dividend rate of Gree Electric Appliances will not be lower than 50%, that is, even if the stock price falls, this part of the dividend will be received steadily, which is the bottom line.

2. Become the largest shareholder of Gree, and have the opportunity to take charge of Gree in the future.

3. Hillhouse itself is good at empowerment.

So this transaction was looked at at the time, Zhuhai, Gree management, Hillhouse, there were no losers.

Although at present, due to various reasons, the real estate decline and the slow progress of Gree’s channel reform have led to a new low for Gree’s stock price.

In addition, Miss Dong is too strong and has not retired for a long time, and Gao Ling has never had the right to speak.

So, Gree is now a cash cow stable dividend stock;

After Ms. Dong retires, she is expected to make major reforms against Biaomei.

The homework is not just copying, but seeing the direction of the boss and figuring out the buying logic of the boss.

This account focuses on the changes in the positions of the world’s top investment bosses. Every action is a billion-level operation of real money, with full logic and strong forward-looking. Only in this way can you hold it, hold it stably, and hold it steadfastly.

Look at the positions held by the boss, copy the homework of the boss, and pay attention to my “full warehouse diary”.

The first time to update the position of the big brother, the representative of copying the homework class, and the professional copying homework for 16 years.

Hillhouse’s A-share holdings are as follows: 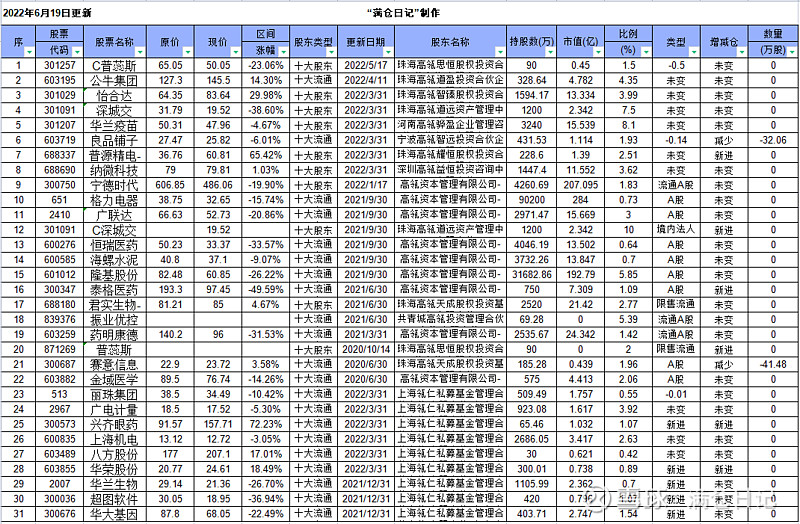 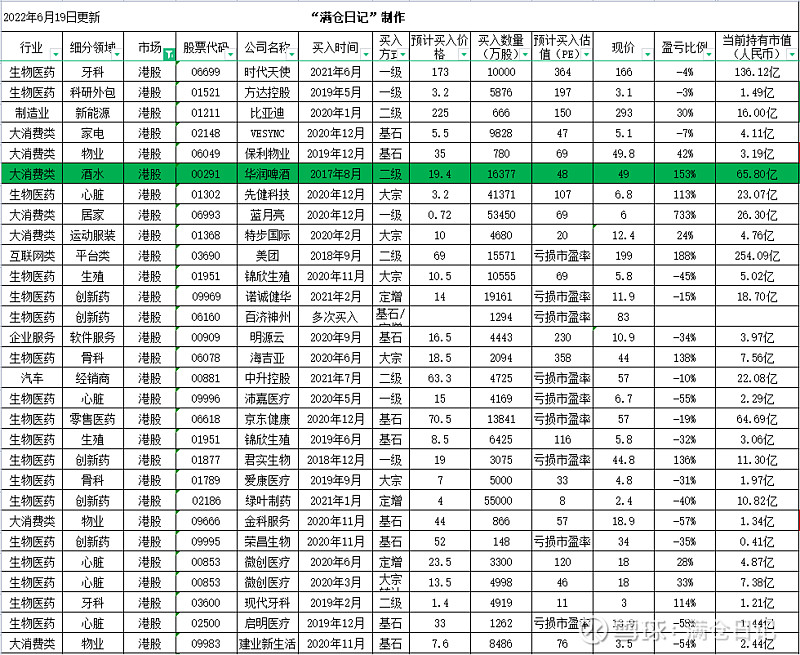 Hillhouse’s U.S. stocks are as follows: 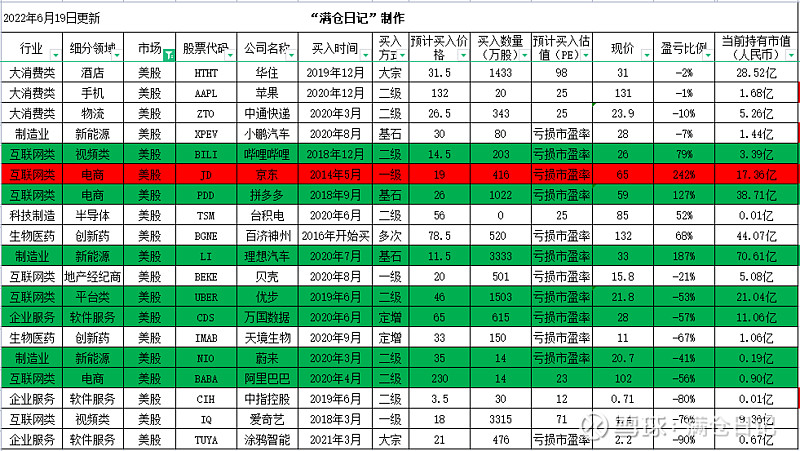