Ideal sales may continue to decline in the third quarter

Zhang Wuji in Jin Yong’s works has the Jiuyang divine art to protect his body. When he encounters an external force, he will naturally counterattack. In the middle and late stages of the original work, no one could hurt him, but he was finally beaten by Zhou Zhiruo, who had the same skill, and vomited blood. Jin Yong wrote in the original book:

…that was his own palm strength and Zhou Zhiruo’s palm strength, and under the combined attack of the two great masters of the same world, although his Jiuyang Divine Art of protecting his body was strong, he couldn’t resist it. What’s more, Zhou Zhiruo’s palm strength is taking advantage of the gap to advance, just when his old strength has been exhausted, and his new strength has not yet been born. This kung fu is a direct line of the Emei faction, and Shitai Mie Mie used this method to blow him to the ground.

Li Auto’s guidance for the third quarter also gives people this feeling to some extent: the delivery of the new car L9 is imminent, the old model Li Li ONE is at the end of the cycle, and the production schedule and demand of the old model will be further affected.

The ideal that the card is in the production and sales center of gravity shift node is expected to deliver only 27,000 to 29,000 vehicles in the third quarter – when deliveries are likely to decline for three consecutive quarters. During the pre-market trading session of the US stock market, Li Auto’s stock price fell 5.02%, and its circulating market value has fallen below $30 billion.

The management later explained in the earnings conference call that recently they saw a slowdown in new orders for ONE, and some consumers who came to the store for a test drive of ONE changed the test or changed to L9. If the ideal L8, which is about equal to the replacement of ONE, is really as Li Xiang said, “the release is earlier than everyone expected, and the release to delivery is faster than the L9.” drag” ideal income statement.

In addition, Li Auto’s production base is in Changzhou, so production and sales in the current quarter were also affected by the rebound of the regional epidemic. In the second quarter, Ideal delivered 28,687 vehicles and achieved 8.48 billion yuan in auto sales, down 9.5% and 8.9% from the previous quarter, respectively.

The industry-leading cost and expense control tradition is preserved. Under the unfavorable macro environment in the second quarter, although the gross profit margin of Li Auto’s vehicle dropped slightly by 1.24 percentage points month-on-month, it was at least still above the 20% integer line (21.2%), and the growth rate of sales, administration and general expenses dropped significantly during the same period. to 58.6%.

The ideal in the expansion and new product cycle is the R&D expense. Subjectively, there may be a willingness to accelerate investment. R&D investment in the current quarter accounted for 15.7% of auto sales revenue, which is the highest level in the past four quarters. A pure electric vehicle that can be charged for 10 minutes to increase the range of 400 kilometers is being tested. (Gong Fangyi)

At the same time, another hot pot brand, Xiabuxiabu, also issued a profit warning, saying that about 80% of the Yingcheng cities were affected by the epidemic and were unable to fully operate. (Intern Zeng Xing Gong Fangyi)

It took about three years for Tesla’s Shanghai plant to achieve a production breakthrough of 1 million vehicles from the construction of the plant.

According to data from the China Association of Automobile Manufacturers, in the first half of this year, China exported 202,000 new energy vehicles, accounting for 16.6% of total vehicle exports. Among them, Tesla’s Shanghai Gigafactory exported 97,182 vehicles, accounting for 48% of China’s total exports of new energy vehicles, more than double its exports in the same period last year.

For many established automakers, 1 million new vehicles can be as fast as a year or two, or as short as a few months. Take, for example, the pace of development of Toyota gasoline vehicles in the middle of the last century. It took almost 12 years from the establishment of Toyota Motor Le Sales Company in April 1950 to 1962 when the cumulative sales volume of Toyota in Japan and Europe exceeded 1 million.

In order to protect people’s livelihood, all industrial power users in Sichuan will suspend production for 6 days

The Sichuan Provincial Department of Economy and Information Technology and the State Grid Sichuan Electric Power Company jointly issued a document stating that due to the current tension in the power supply, in order to ensure the safety of the Sichuan power grid and people’s livelihood, avoid power cuts. From August 15th, production will be suspended for 6 days for all industrial power users (including whitelisted key guaranteed enterprises).

A number of Sichuan companies responded to power cuts and related impacts.

Not only Sichuan, but Wuhan, Hubei has also recently begun to promote enterprises to “give power to the people”. Anhui, Zhejiang, Jiangsu and other places have issued power-saving initiatives, advocating industrial enterprises to avoid peak power by means of planned maintenance and other methods, and actively support the mitigation of peak power consumption. time period power supply pressure. (Intern Zeng Xing)

China Literature’s net profit margin improved, with non-IFRS net profit margin rising to 17.0% in the first half of the year from 14.8% in the same period last year. China Literature Group mentioned in its financial report that in order to adapt to changes in the macro environment, it took the initiative to take a series of cost control measures to reduce some market expenses and marketing expenses.

Judging from the operating data of China Literature’s own platform and self-operated channels, the number of monthly active users increased in the first half of the year, but the user payment rate decreased.

This week (August 15-August 19), 3 IPO listing dates have been confirmed for A shares:

Hong Kong stocks have at least 2 IPOs this week:

U.S. stocks have at least 4 IPOs this week:

According to data from the National Bureau of Statistics, the total retail sales of consumer goods in July was 3.587 trillion yuan, a year-on-year increase of 2.7% and an expected increase of 5.3%. The growth rate of consumption excluding automobiles was 1.9%, roughly the same as the previous value (1.8%). Catering revenue decreased by 1.5% year-on-year. 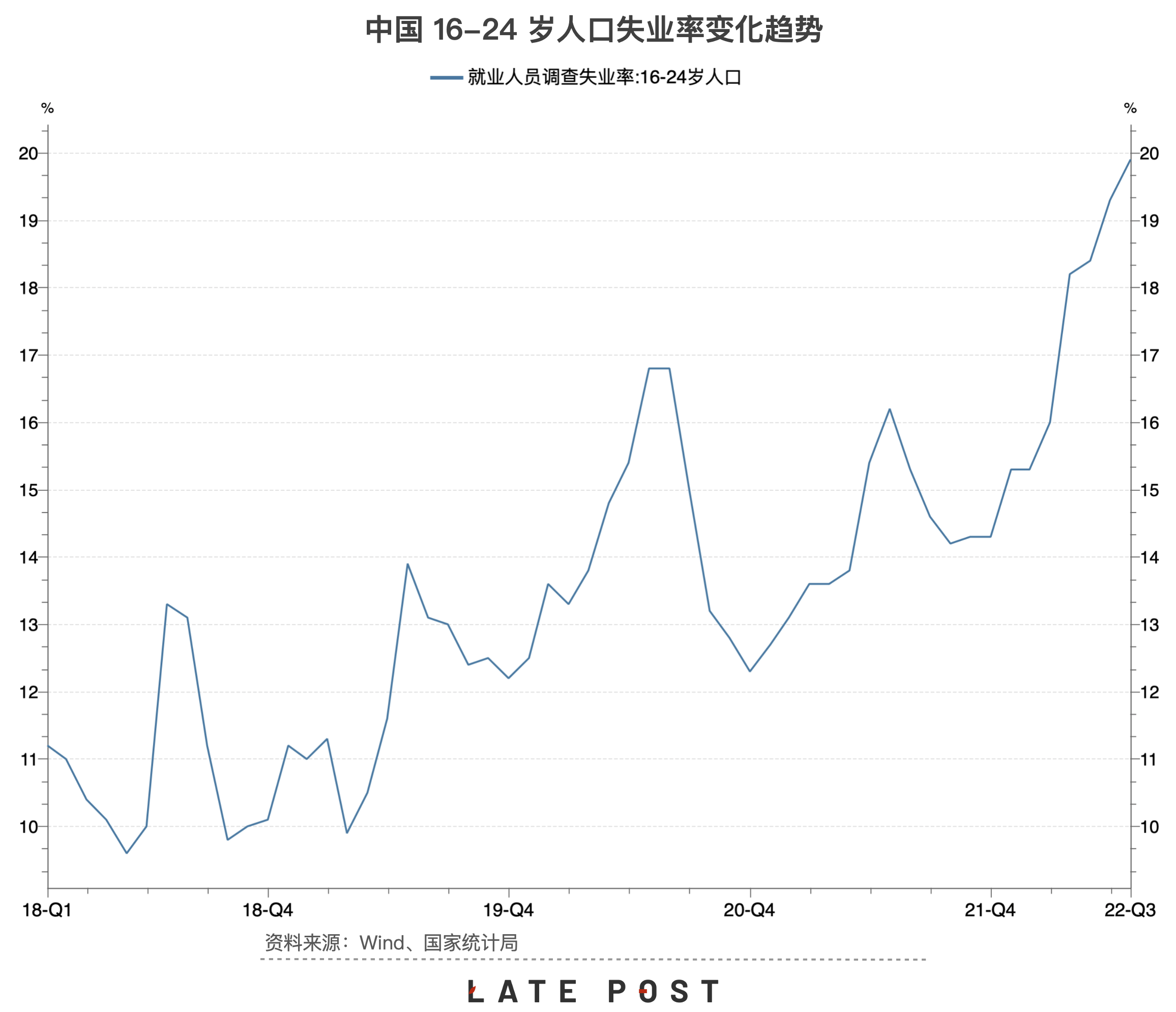 Didi called the planning of the Xidan free event “terrible”.

On August 13, Didi launched a free ride on weekends to a fixed location. Orders within 100 yuan of Xidan can be free, resulting in traffic congestion in Beijing’s Xidan area in the evening. The Beijing traffic police issued an announcement recommending vehicles to detour. Didi announced the cancellation of the free order activity on August 14 and apologized to consumers. According to Caixin, Didi is already reflecting on the event internally. Called “bad planning”.

Perfect World’s net profit in the first half of the year tripled to 1.1 billion yuan.

In the first half of the year, Perfect World’s operating income was 3.92 billion yuan, down 6.7% year-on-year, mainly due to the 80% decline in film and television revenue, which accounted for about 3% of total revenue from 17% in the same period last year to this year. During the reporting period, the net profit increased by 3 times, and the net profit of the game business increased by more than 4 times. The profit growth was because the performance of the new products launched in the same period last year was not included in the revenue. In the first half of this year, products such as “Fantasy New Zhuxian” and “Magic Tower” drove the game Business revenue growth.

The United States controls the export of four technologies, including EDA tools, but only covers 3nm and more advanced processes.

On August 14, the U.S. Department of Commerce’s Bureau of Industry and Security (BIS) announced that four technologies including EDA software below 3 nanometers that designed the GAAFET architecture were included in the commercial control list for export control. EDA tools run through all aspects of integrated circuit production and are known as the “mother of chips”. Synopsys, Cadence and Siemens account for nearly 70% of the global EDA market share. This ban has a limited impact on the country. Currently, only Samsung and TSMC can mass-produce the 3nm process.

Douyu achieved profitability by saving money in the second quarter.

Douyu’s revenue in the second quarter was 1.83 billion yuan, a decrease of 20% from the same period last year. Due to operational adjustments and weak advertising demand under the live broadcast reward regulatory policy, revenue decreased. The loss narrowed. Under the non-GAAP, the net profit was 23.5 million, and the profit margin was increased to 16.9%. Cost control has achieved remarkable results, with revenue sharing and content costs down by nearly 30%, and marketing costs down by more than 40%.

The two new stores are located in Shanghai Ruihong Tiandi Sun Palace and Wuhan Han Street. In recent years, ZARA’s store opening rate in China has declined. In 2019, 12 new stores were opened, and only one store was opened in 2020. Previously, three of Zara’s sister brands, Bershka, Pull&Bear and Stradivarus, closed their Chinese online stores.

Apple will show more ads on its own products.

According to media reports, Apple is preparing to put more ads on its own devices and services, thereby increasing the revenue of its advertising business to tens of billions of dollars. At present, Apple’s news and stock apps have displayed ads, and there are Google-like search ads in the AppStore. Recently, Apple has also placed advertisements in TV+. Apple is expected to eventually expand search advertising to maps apps and digital content apps such as podcasts.

Recently, Changchun City announced that from August 1st to October 8th this year, rural residents and other long-term talents who enter the city will receive a subsidy of 200 yuan/square meter for purchasing new houses. It is limited to newly-built commercial housing located on state-owned land in the main urban area and development zone of Changchun City. It must be the first and only housing of an individual with a floor area of ​​less than 90 square meters.

Saudi Aramco’s second-quarter profit was $48.4 billion, up 90% year-on-year, the highest quarterly profit since listing in 2019, mainly due to higher crude oil prices and high refining margins. At the same time, Saudi Aramco’s net profit in the first half of the year increased by 86.2% year-on-year to US$87.9 billion, which was also the highest profit level in the same period since its listing. According to the Fortune Global 500 list released in early August, Saudi Aramco’s revenue ranks sixth in the world, and its profit surpasses that of Apple and ranks first in the world.

Samsung lowered its handset shipments this year to 260 million units.

According to media reports, Samsung lowered its target shipments of mobile phones this year from 300 million units to 260 million units, a decrease of 13% and a negative year-on-year growth. Samsung lowered its shipment target for this year, mainly because the uncertainty of the global economy has caused consumers to be more cautious in their consumption. At present, in addition to Apple’s iPhone, the shipments of other mobile phone manufacturers have been reduced to a certain extent.

The title picture comes from the movie “Kodachrome Film”

This article is reproduced from: https://www.latepost.com/news/dj_detail?id=1274
This site is for inclusion only, and the copyright belongs to the original author.