In our long-standing impression, German-style games are often “numerical”. They are often built on a rigorous mathematical model. It seems that the subject matter is not important, which leads to a topic that we will see all year round. , that is, a discussion on the sense of substitution in board games. No, on May 17th, someone posted on BGG to complain, stop complaining about the substitution of German games, please return the substitution of the theme to German players.

This is quite an interesting phenomenon. According to the person who posted it, in the eyes of some people, all German games can be simplified as “wood blocks + numbers + EXCEL”, that is to say, the theme becomes completely meaningless part. Such a statement is too extreme, but it made me curious, what kind of board game has a sense of substitution? What role does the theme of a board game play in a board game? 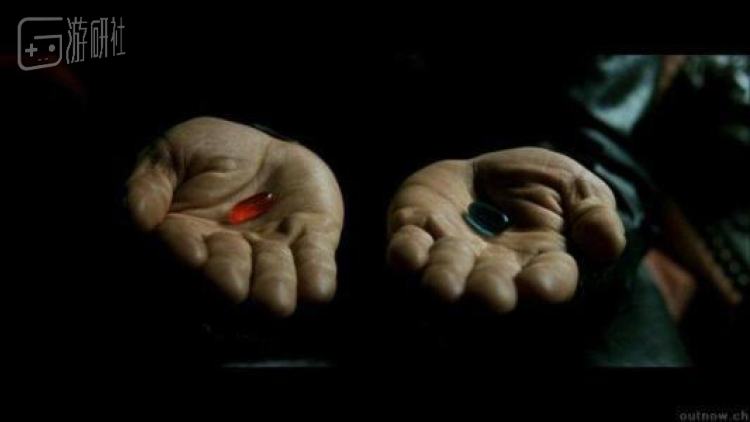 How to evaluate the sense of substitution in a game

When talking about this topic, the first thing we need to define is, how do we judge whether a board game has a sense of substitution? When the editors chatted about this topic, Lao Zhao gave me such a point of view, that if a game, I can use the realistic logic of his theme to explain the operation logic of the game mechanism, it will make the sense of substitution full. .

This is actually very close to the daily game work of our static forest rangers. If I can use the logic in the real world when I talk about a game, so that players can better understand why they do it in the game, for players They will understand the rules better, and for us, the game is “easy to tell”.

The example I want to give here is “Jaipur”, which is a two-player battle game that I think is very easy to talk about. In the daily explanation, I find that the rule of hand exchange is actually difficult to understand, but when I put this When it is partly explained as “bartering”, it is very easy for players to understand. The daily explanation scenes are as follows: 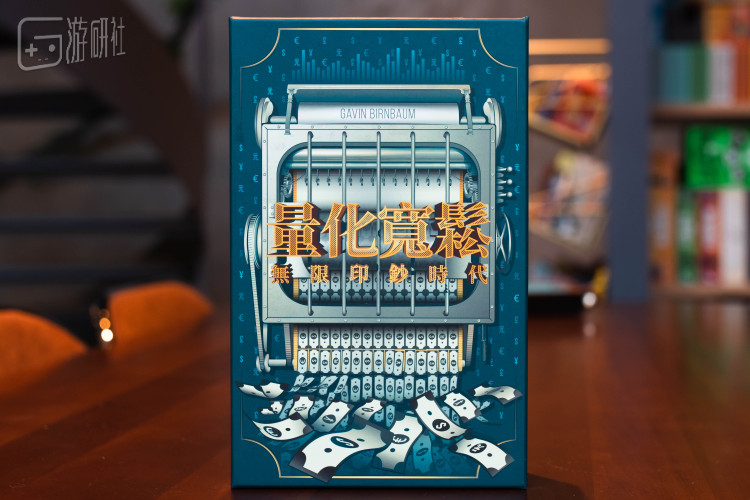 The example that I can immediately think of is that the quality of the grapes and wine produced in “Wine Manor” will be upgraded every year. Players will not have nowhere to put their output for the next year. On the other hand, this is in line with the realistic logic that the wines brewed will get better with age, which is very interesting. 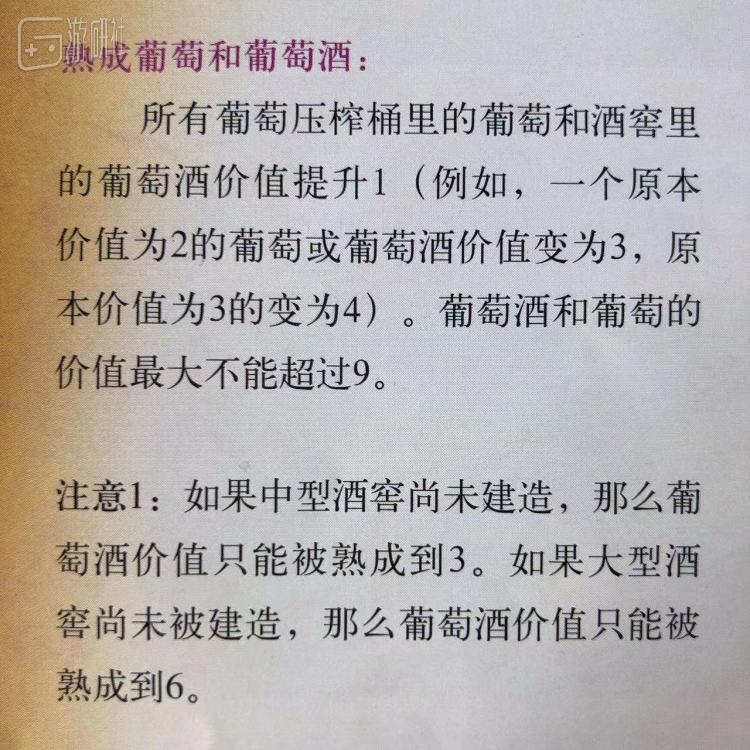 The Mechanism of Aging in “Vineyards”

Another example is the free upgrade behavior in “Seven Wonders” and “Seven Wonders: Showdown”. This action simulates the continuous evolution of human civilization. The copy room will develop into a library, the altar will evolve into a temple, and eventually Changed into a pantheon, which made the theme of history no longer just the theme, but began to feed back the mechanism, allowing the mechanism to evolve new and interesting tricks. 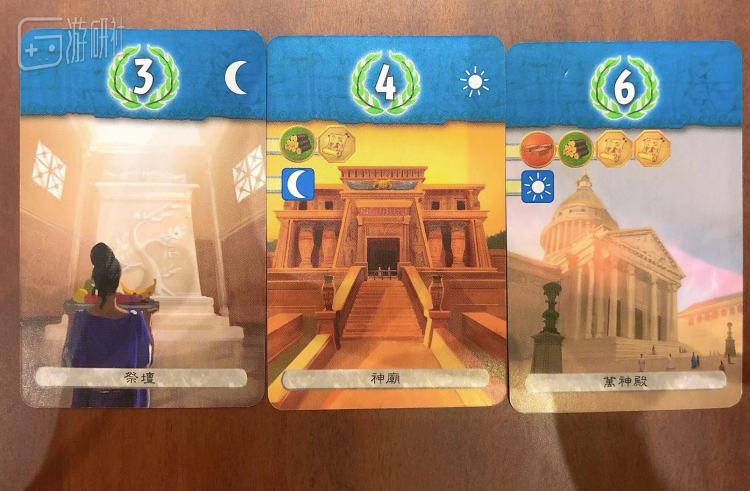 On how the altar evolved into a temple and eventually into a pantheon, the answer: draw cards

What game is less immersive?

It needs to be stated in advance here that the lack of substitution does not mean that this is not a good game, but this article is just talking about substitution, so we really need to give some “counterexamples” to see them ” Lack” where.

Because there have been a lot of “Ultimate Railroads” recently, when I say that the sense of substitution is weak, the first thing that comes to my mind is “Ultimate Railroad”. His weak sense of substitution is reflected in the fact that the final victory goal of the game is to fight for an abstract “victory point”, which is like a vague evaluation system for railways, and the industrial research track below can only bring points and some unlocking items. , instead of saying that the higher my degree of industrialization, the more convenient it is for me to change to a higher-capacity front, etc., it is difficult to say a sense of substitution. But the accessories of “Ultimate Railroad” are really nice

The other is my favorite “Wings and Soaring”. In fact, “Wings and Soaring” requires food to play bird cards, and egg slots for laying eggs. These parts can be combined with birds when talking about the game. The theme, but the effects of various bird activations, and why they bring such effects, it is difficult for me to give a rational explanation to the player, so I can only leave one sentence, “You just follow the effect on the card.” , this kind of mechanism has little to do with the real world, so it is better to just interpret the mechanism itself.

Then, a new question has arisen. Even if these games have no sense of substitution, it still does not mean that they are not fun games. So what effect does the theme of a game play on the product, and why does a board game have a theme?

Board game theme, what?

For this reason, I consulted the senior in the industry, Mr. Duan Xiaohei, the product manager of multi-intelligence culture. The reason for consulting Mr. Duan Xiaohe is because the multi-intelligence has done product packaging for many of Mr. Ni Ruinan’s games, such as “New Year’s Eve” and “Silk”. “Silk Merchant on the Road”, we all know that Mr. Ni Ruinan’s works have very sophisticated mathematical models, but they are often complained by players for “lack of substitution”, so there is an extreme and pure “mathematics madman” like Mr. Ni Ruinan “People who have experience in thematic packaging of works must have a good understanding of the role of themes. 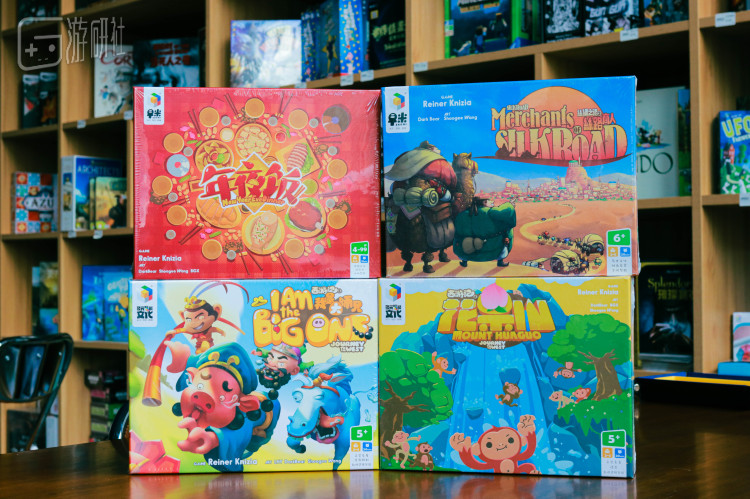 Mr. Duan Xiaohei introduced to us that when they are working on Mr. Ni Ruinan’s works, they must fully experience the game, understand the rules, feel his gameplay, and the sense of substitution in the game behavior. Substitute into the rules and gameplay to repeatedly experience whether the theme and gameplay fit, and find the most suitable one among them.

Regarding the role of the theme, he believes that, first of all, some games are “theme first” as we often say, and there are many “theme first” games. When designing, they try to use the game to simulate the actual operation, so the table is expanded instead. The mechanism and gameplay of the game bring fresh content to the game and even the entire industry.

It’s like the world has a gram boss first, and then there are gram games.

On the other hand, themes can give players the feeling of simulation and cause players to empathize . With the theme, the player’s experience will naturally be better than abstract values, and can quickly enter the game world. At the same time, the theme can help players better understand the logic behind the game design , or, in other words, understand the game’s operating mechanism.

If this problem is magnified to the extreme, such as war chess games, if war chess games abandon all themes, it is difficult to imagine how players will understand the mechanics and gameplay of the game.

Practical case: how the sense of substitution is born

Speaking of this, I thought of another game, “Stamp · Ji Xing”, which is a very good domestic game. When I communicated with the designer of “Stamp · Ji Xing”, Mr. Shui Shui mentioned that It was the theme and art design of “Stamp · Journey”. Mr. Yuyang brought the very romantic theme of “stamps and letters” to the game. I want to know how Mr. Yuyang came up with this theme, and how did he come up with this theme? What does the game do to enhance the player’s sense of substitution? 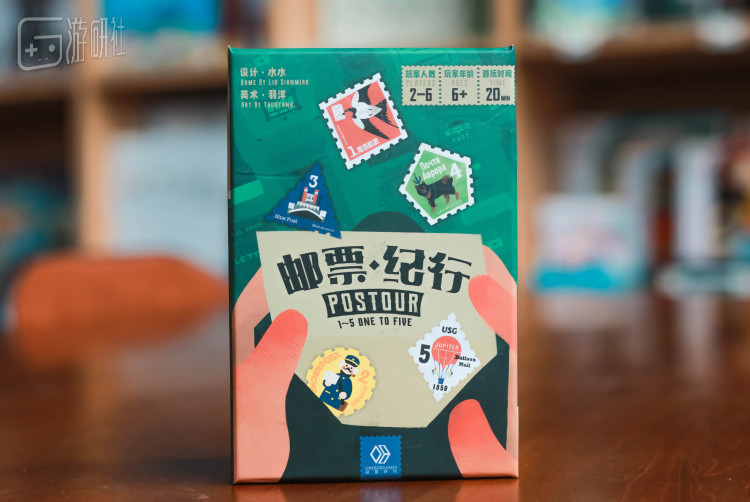 Mr. Shui Shui said that thanks to Mr. Yu Yang, “Stamp · Ji Xing” got rid of the fate of “One to Five”

Mr. Yuyang said that the theme of stamps and letters is because he is a “collector”, and he naturally inherited his grandmother’s hobby of collecting stamps. At that time, the beautiful patterns on the small stamps were his observations of the outside world. window. Later, the stamps and letters became the past tense, and his grandmother left him, so when the game “Stamp · Journey” was handed over to him, what he thought was, maybe he can do something to make the game have a The romantic theme can also let him pin his thoughts on it. 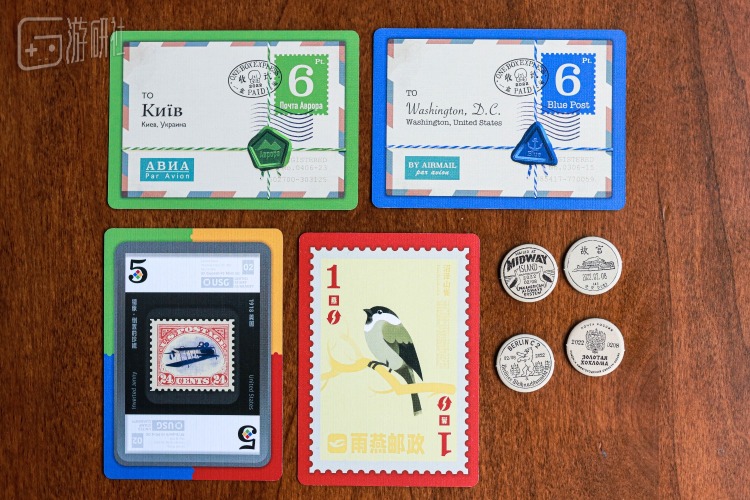 How did an abstract game change from “One to Five” to “Stamp · Journey”? Yuyang teacher said, first of all, the art design of the game should fit the theme. When designing the art of “Stamps · Journey”, Mr. Yu Yang added many elements with a sense of substitution to the card surface, such as different destinations on different letters, elegant stamp pictures on special stamps, and very ceremonial stamps. Mud seal, good art can enhance the player’s sense of substitution.

The second is to use the background story to increase the sense of substitution . For example, the background of “Stamp · Ji Xing” is that the player is an intern at the post office, subsidizing stamps for letters that lose stamps, while giving the player the status of “postman”, the hand and the target become the background story “” The concepts of “stamp” and “letter” are familiar to players, and the realistic logic of sending letters is used to explain the game flow to players more conveniently. 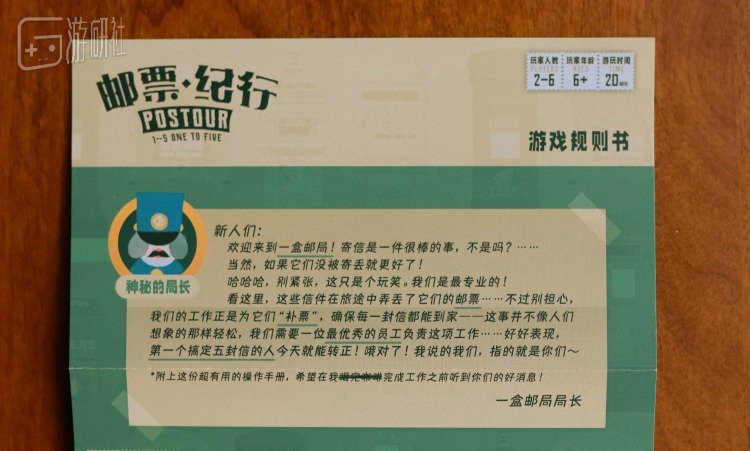 After learning about the role of themes, and how an abstract game can become a game with a theme, I started thinking about the games I’ve played. Not only board games, but also computer games. Even if we play those realistic simulators, we cannot achieve the ultimate sense of substitution.

What’s more, if we really want to pursue pure and ultimate realism in the game, such as the draft mechanism, the dice writing mechanism, etc., these mechanisms that cannot be prototyped in the real world will never appear.

Of course, we can criticize a game for lacking a sense of substitution, but we should not say that all games can be simplified as “wood blocks + numbers + EXCEL”. To ignore the importance of the game theme and to absolutely simplify the board game to a mathematical model, it is an exaggeration to say that this is a poetic erasure of life.

I still remember Yuyo-sensei’s excitement when he talked to me about the romantic themes he brought to “Stamp · Ji Xing”, and I also remember the one I was touched when I heard him say this was in memory of his grandmother In an instant, it was a world constructed with the painstaking efforts of the board game design team.

Humans do need skeletons, but blood and flesh are essential.

This article is reproduced from: https://www.yystv.cn/p/9261
This site is for inclusion only, and the copyright belongs to the original author.