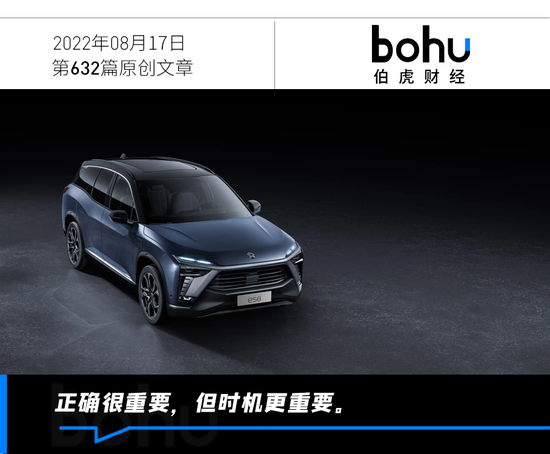 During the epidemic at the beginning of the year, Weilai became one of the most affected new energy vehicle manufacturers. In April, NIO’s official app released a statement on recent production and delivery, saying that due to the epidemic, NIO’s vehicle production has been suspended, which directly led to NIO’s delivery of only 5,074 new vehicles in April, a year-on-year decrease of 28.6%.

Then in June alone, Weilai had two consecutive negative news of “falling from a high altitude” and “being shorted by an international short-selling agency”. Wei Lai’s follow-up inappropriate response also set off a wave of dissatisfaction on the Internet.

Not only that, as new energy vehicles enter the intelligent second half, the competition is becoming more and more fierce. Leapmotor and Nezha, which have been regarded as the second echelon in the past, began to exert force, and the delivery volume was firmly in the top two of the new forces, achieving overtaking of the first echelon.

Leap Motor founder, chairman and CEO Zhu Jiangming once said, “The monthly sales of over 10,000 is just the end of the knockout round, and the follow-up competition will be even more brutal.”

From leading to being overtaken, Weilai, which was once the leader of the new car-making force, what is the problem?

To understand this issue, let’s look at sales first.

For a long time, “Weixiaoli” has been synonymous with domestic new energy vehicles, and Weilai is the big brother of the three.

In the early pioneering era, when the domestic consumer awareness of new energy vehicles had not yet formed, NIO’s sales were proudly ahead of its peers.

But this year, things are changing.

Bohu Finance has compiled the delivery data of the new car-making forces this year based on public data. Since January, Weilai has gradually slipped into the first echelon. The overall sales volume in the first quarter was 25,768 vehicles, ranking fourth among the new car-making forces, while Xiaopeng, Ideal and Nezha cars were 34,561, 31,716 and 30,152 respectively. vehicles, the difference is obvious. Compared with the 21,579 cars of the fifth-place Leapmotor, the lead is not much.

Extending the time line to half a year, although Weilai returned to the 10,000-unit club for the first time in June, reaching 12,961 units; but the overall delivery data is not good. Judging from the sales in the first half of this year, Weilai has delivered a total of 50,827 units. The ranking slipped one more place to fifth, and Leapmotor rose to fourth.

Judging from the latest July delivery data, although the sales of five car companies including Nezha Auto, Leapmotor, Xiaopeng Motors, Li Auto, and Weilai Automobile all exceeded 10,000 units in July, Nezha Auto To win the championship, Weilai Automobile is at the bottom.

Among them, although Weilai delivered 10,052 new cars in July, a year-on-year increase of 26.7%, it is obviously not enough compared with Nezha and Leapao.

The reasons behind this are of course various. For example, NIO has always been limited by production capacity. On the NIO Partner Day on July 31, Li Bin, the founder, chairman and CEO of NIO, revealed that due to the insufficient supply of die-casting parts, production in July was relatively low. The plan was to reduce thousands of vehicles, and also called suppliers on the spot, “please all suppliers and partners to withstand the pressure.”

And whether it is Leap Run or Nezha, the price of its main models is below 100,000 yuan. Whether it is the B-end or the C-end, this price has an advantage in running volume.

In July this year, Zhou Hongyi, chairman of 360, who led the investment in Nezha Auto, mentioned in an interview with Sina Technology that he believes that one of the growth factors is that more and more orders for Nezha Auto are coming from second-tier to fourth-tier cities. C-end consumers, and these consumers prefer the space, size and performance of the car.

“Because the model is large and not expensive, based on this, this brand is not worried about selling.”

All the models currently launched by NIO are priced at more than 300,000 yuan, which is definitely not comparable to the low-end models in terms of delivery.

But more importantly, compared with before, China’s new energy vehicle market has undergone significant changes. When the new power of car manufacturing is not the only choice, Weilai’s growth space will be greatly reduced.

The traditional battle of new energy

Whether it is a traditional car manufacturer or a new energy vehicle manufacturer, the stacking of their imaginations is only four words – “volume and price rise”.

From the perspective of Weilai’s product line, the price is there, and the 6 models that have been released so far are all high-end models.

However, on the one hand, the high-end market is already limited. According to a research report by CITIC Securities, in 2021, among the SUV models with more than 300,000 vehicles in the Chinese passenger vehicle market, domestic sales will be 1.635 million units, and imported sales will be 460,000 units. The total sales volume of these companies was 2.1 million units, accounting for about 9.6% of the overall passenger car market. That is to say, even if all fuel vehicle owners switch to trams, the total capacity of the market is limited.

And at present, in addition to the trams launched by Tesla and high-end fuel vehicle brands, Weilai has to face the impact of new players such as Xiaopeng G9, Huawei M7, and Avita.

And Weilai’s own relatively chaotic product planning has also had a certain impact on its sales. For example, the NIO SUV ES7, which was just launched in June this year, this new car based on the NT2 platform is better than the old 886 model in terms of battery life, autonomous driving, and smart cockpit experience, but the price is the same as ES6, EC6 high-end version, ES8 The low-end version has some overlap.

During the first quarter earnings call in 2022, when an analyst asked Weilai about “whether the release of ES7 will erode and squeeze the market share of existing products such as ES8 and ES6”, Li Bin did not deny that there might be “some “Alternative relationship.

For Weilai, whether it is from the industry or itself, it will be more difficult to sell high-end models. 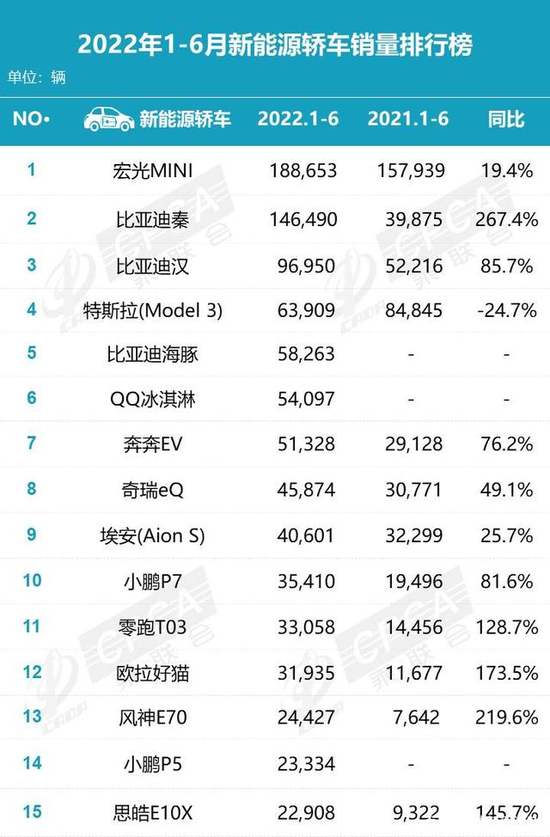 This is not difficult to understand. There have been reports in the industry that NIO is planning to launch a third car brand to cover the mid-to-low-end market below 200,000 yuan. The third brand, like NIO and Alps, is independent. operation.

So, does Weilai have any hope of making a comeback with this?

It depends on how Weilai makes a choice.

For a long time, Weilai has been regarded as an alternative among the new car-making forces, and this uniqueness stems from their user thinking.

Since its establishment, NIO has always put user experience first. For example, NIO regularly organizes experience salons, recruits users according to different functional sectors, and discusses products with experts in product and technology research and development.

NIO President Qin Lihong once said: “Li Bin or I do not need any agency, secretary, or professional department to deal with our individual users. We can communicate directly, which most car companies can’t do.”

Another example is NIO Power (full-scenario energy service system). In order to allow users to have a better charging experience, as of now, NIO has deployed 1,011 battery swap stations, 1,681 charging stations, 9,603 charging piles, and over 520,000 third-party charging piles across the country. According to relevant research reports, by the end of 2021, the market share of NIO battery swap stations will be 61%. 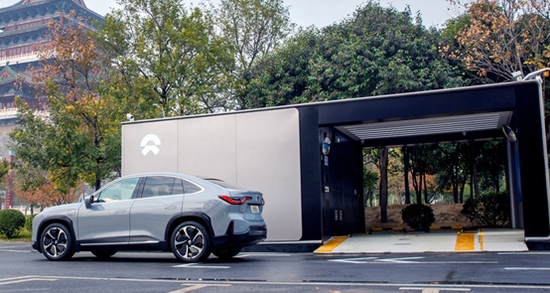 To be more intuitive, NIO created a new term last year – “electricity area house”, which means residential or office space within 3 kilometers of the power exchange station. Last year, the figure was 29%, and this year the figure has soared to 62%.

The same case is the case of making mobile phones. In July of this year, Li Bin, the founder, chairman and CEO of Weilai, said at an event in Fuzhou that he would build a good mobile phone for Weilai users and develop a mobile phone every year, just like Apple.

But whether it is to supplement the energy system or make a mobile phone, it requires huge costs. Taking NIO Power as an example, according to Weilai’s financial report for the first quarter of 2022, its expenditure on sales, general and administrative expenses was 3.776 billion yuan, while Xiaopeng and Ideal were 2.863 billion yuan and 2.577 billion yuan respectively.

However, Weilai’s profitability is not that strong. Although relying on the high-end positioning of its own products, Weilai’s gross profit margin can reach 14.6%, with a total revenue of 9.91 billion yuan. billion.

At the same time, the key is that, with the continuous development of automobiles in the direction of intelligence and networking, “software-defined automobiles” have become an industry consensus. The traditional distributed electronic and electrical architecture (EE architecture) with a single chip as the core is evolving to a domain controller architecture, and the final form will be a central computing platform architecture.

Weilai needs to invest a lot of resources to develop around autonomous driving and smart cockpits to win more users.

In the second half, with the gradual development of traditional fuel vehicle manufacturers and the increasingly fierce market competition, NIO should put more limited resources into the product of electric vehicles, whether it is the polishing of the product itself or the layout of different brands and products. .

This article is reproduced from: http://finance.sina.com.cn/tech/csj/2022-08-17/doc-imizmscv6641071.shtml
This site is for inclusion only, and the copyright belongs to the original author.