More than two months after the news of the acquisition, around 0:00 Beijing time on Friday, about 8,000 Twitter employees finally waited for an opportunity to compete with Musk online.

A few days ago, Twitter internally solicited questions from employees via email, and at a meeting, Twitter Chief Marketing Officer Leslie Berland asked Musk questions on behalf of employees.

Musk hasn’t officially taken over Twitter, and employees can’t wait to get some answers.

In April, Musk announced that he wanted to acquire Twitter. In order to make Twitter accept his offer faster, Musk gave up the due diligence process, and Twitter accepted an olive branch of $54 per share. But since then, global stock markets have plummeted, Twitter’s share price has fallen to $38, and Tesla’s share price, which is the backing of Musk’s wealth, has shrunk even more.

Musk has begun to blame Twitter for issues such as fake accounts, but there is much suspicion about his intentions, that he is trying to haggle or even end the deal.

According to the agreement, if Musk does terminate the transaction, he will pay a “breakup fee” of $1 billion, and despite the constant tug of war, Twitter has always said that the transaction with Musk is still under negotiation.

Today, there is no substantial progress on the question of whether to acquire and how to acquire it, but Musk has already connected with Twitter employees in Q&A as a future manager.

Ten minutes later than expected, Musk finally “appeared”. Unlike the previous complaints and even demeaning Twitter, he chose to praise it.

According to foreign media reports, the live recording shows that Musk started with “I love Twitter” and said: “Some people express themselves with hairstyles, I use Twitter, I think Twitter communicates with many people at the same time, directly to people. The best platform to convey information.”

He used his mobile phone to join the meeting in the hotel room, and his voice was not very clear. Many employees could not understand Musk’s answer, but they still captured the key information: the negative conjectures about layoffs, telecommuting, etc. seemed to be confirmed. 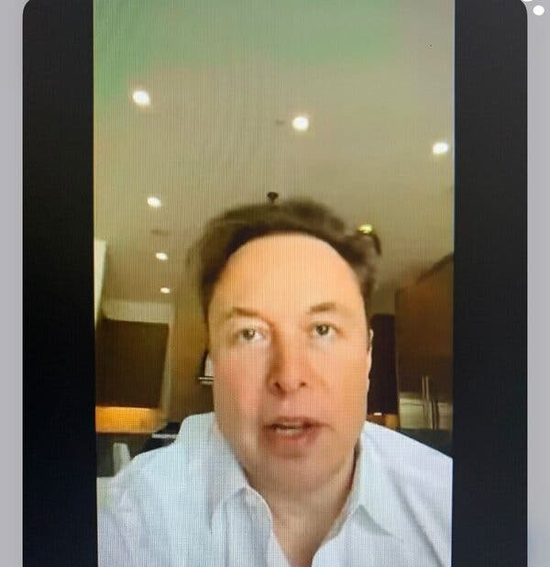 For Twitter, he has a great vision of “1 billion daily activities”; for employees, his “don’t worry about layoffs” and “can work remotely” are all conditions – as long as you are good enough, these are not problems.

Musk is still the same Musk. Although it is emphasized that “Twitter is different from Tesla”, it is still the boss who is ambitious, likes to be personally on the front line, does not agree with telecommuting, and is quite strict with employees.

It was a question-and-answer session aimed at allaying staff concerns, but judging by how employees reacted afterwards, Musk’s vague responses were unsatisfactory.

The biggest concern of employees is whether there will be layoffs and whether the telecommuting model will be cancelled.

After all, Musk has recently made thousands of layoffs at Tesla, and issued a warning to Tesla and SpaceX employees: they should work on-site for 40 hours a week, and Twitter currently has a quarter of employees who are Long-term remote work.

Regarding layoffs, Musk’s answer was vague, emphasizing that Twitter’s current revenue is not enough to cover costs: “The company does need to be healthy, and now costs exceed revenue, which is not a good thing,” but said layoffs depend on many things.

At the same time, he articulates his desire for “people optimization”: “If a person does useful work, that’s fine. If someone doesn’t do anything useful, why should such a person stay company?”

Regarding remote work, Musk said that Twitter is different from Tesla after all. It is impossible to build a car completely remotely in Tesla, but people who “work well” on Twitter can work remotely, and he personally has “a sense of on-site office”. Strong preference”, worried that telecommuting will weaken team spirit.

These two questions were answered but not fully answered, and Twitter employees should have a clue. Whether layoffs are not laid off, telecommuting is cancelled or not, I will not give a letter of approval. The key is to be “excellent”: “Anyone who has made a major contribution need not worry.”

According to “CNBC”, as soon as these words came out, some employees began to post “I am excellent” related memes. Musk may be the “blogger” you want to follow, but he may not be the boss everyone can live with.

And just as the netizens questioned, what is the definition and discretion of “excellent” or not, “make a major contribution” or not? No one knows for sure.

In fact, Twitter’s layoffs may have been quietly underway.

According to Fortune, a number of Twitter executives have left. Twitter’s head of product, Kayvon Beykpour, tweeted last month that he was fired by the CEO while on paternity leave; , Bruce Falck, the executive in charge of revenue, also tweeted that he was fired, which has now been deleted. 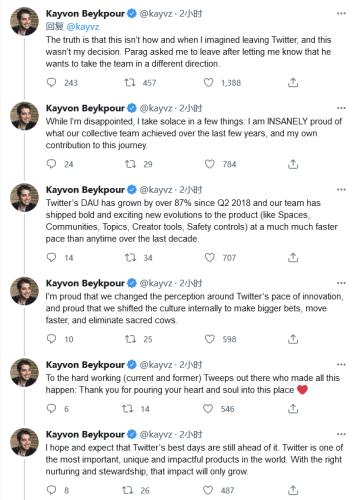 As for how Musk would manage Twitter, he said he believed in a “meritocracy” approach.

Specifically, Musk is likely to be involved in the front line as he has been at Tesla, SpaceX and other companies. Not sure what the title is, but he wants to be involved in product decisions and “I do hope they will listen to me.”

Now that it is confirmed that Musk is still the same Musk and will personally participate in the front-line affairs of the company, his vision for the Twitter product is even more important.

In addition, he again praised China’s WeChat and TikTok, saying that people can basically “live on WeChat”, and TikTok provides a good entertainment function. It’s very likely that Musk wants to make Twitter a more dimensional product than just a social media platform for posting messages.

Before that, Musk told investors about the idea, saying he planned to make Twitter $15 million from payments in 2023, according to The New York Times.

Musk also made it clear that he wants to take Twitter private, saying that going private would allow the company to do more without worrying about shareholder dissatisfaction.

Of course, free speech and spam accounts are Musk’s “heart disease”, and he even said that he accidentally fell victim to a scam once.

Over the years, Twitter has a dedicated team to review and manage content. Musk’s “freedom of speech” statement made Twitter employees worry about what would happen to the platform’s tone and culture if Musk really took over. kind of impact.

This time Twitter employees not only got no answers, but also more question marks.

According to the “Daily Beast” report, some employees criticized the meeting as “pure chaos”, Musk looked and sounded casual, and even went off the mark in the middle of the conversation, and ran outrageously. For example, he suddenly talked about aliens for a minute for no reason, and at a certain point mentioned that he was Tesla’s “king of technology”.

Whether Musk will buy Twitter or not, I don’t know; specific tactics, I didn’t talk about it; whether employees will suffer layoffs, I can’t tell; whether the home office, which is currently practiced by a quarter of employees, will be canceled, also said Not allowed.

Of course, there were also employees who expressed support, arguing that Musk was a brilliant innovator who could lead Twitter back to life.

Whether Musk is Tesla’s “King of Technology” aside, he is definitely the “King of Anxiety” on Twitter at the moment.

This article is reproduced from: http://finance.sina.com.cn/tech/csj/2022-06-17/doc-imizirau9026147.shtml
This site is for inclusion only, and the copyright belongs to the original author.