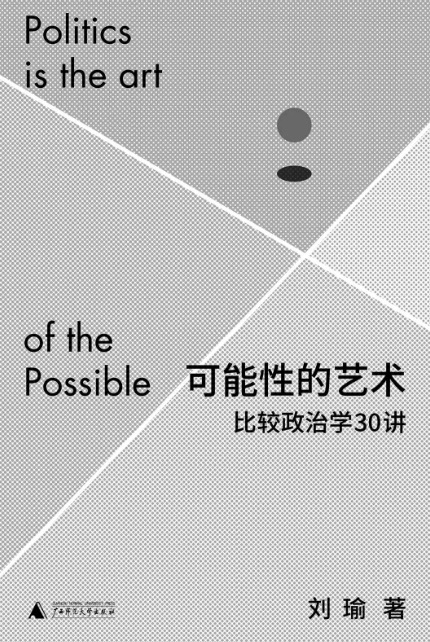 I recently finished reading a popular popular science book about politics: The Art of Possibilities . The author of this book, Dr. Liu Yu, graduated from Columbia University and is an associate professor at the School of Social Sciences of Tsinghua University.

This book selects different governance structures of various countries for interpretation and analysis, trying to explore the political structure that is beneficial to social development.

Among them, the author detailed the development process of Egypt, South Africa, India, the United States, Venezuela and other countries, which made me gain a lot.

Here are some insights.

2. What is the country

Liu Yu said: The state is an institution that legally monopolizes violence in a specific area.

“Violence Monopoly”, what a fresh angle! But think about it, only state-authorized personnel (such as the police) can legally use weapons and other violent devices.

A criminal with heinous crimes, no matter how ruthless the ordinary people are, he cannot be lynched, and can only be handed over to the court for trial. Even if the criminal’s life is to be deprived, it can only be approved by the court.

After monopolizing violence, the state can derive a necessary ability: the ability to collect taxes.

With taxation, the state has the ability to provide economic support for the operation of various administrative institutions, and further the state can provide: conflict control, economic development, and provision of public services.

Take our country as an example, with a GDP of 114 trillion last year, the country collected about 20 trillion in taxes. These taxes provide ammunition for education, national defense, infrastructure construction, transfer payment support for poor areas, and state support for key industries.

The new crown epidemic has lasted for more than 2 years. I have been vaccinated with 3 vaccines and tested hundreds of nucleic acid tests, but I have not spent any money. This is all spent by the state from taxes.

Also, you may feel that state taxes are high. However, the book lists the proportion of tax to GDP in other countries: Denmark is 45%, France 40%, and Japan 30%. In comparison, China’s tax (20%) is actually at a lower level.

3. Development of the world order

The book explains the exploitation of the world by Western developed countries from another angle: globalization.

The globalization pursued by the West was originally intended to make global profits. In the past, IBM, Microsoft and Apple could only earn American money, but after globalization, they can earn the world’s money.

After globalization, free competition can easily form a situation where the strong are stronger, because the leader can obtain several times the profits of its competitors to improve the process, and eventually form a natural monopoly. This is what Western developed countries are happy to see.

For example: In the Internet industry I was engaged in, the best job ever was to work at Google, Facebook, Microsoft, and then transfer to Silicon Valley.

On the basis of its advantages in manufacturing, China has focused on supporting new energy vehicles, photovoltaics, batteries, chips, AI and other fields through national industrial support and other means, once again enabling China to catch up with developed countries in this regard.

To be honest, apart from high-end chips, there are not many high-tech industries left for the West to hold our necks.

One sentence summary: The West wants to make global profits and maintain a monopoly through globalization. However, because of its demographic dividend, China has eaten up the global manufacturing industry and has developed into a manufacturing powerhouse at the same time.

Many people think that democracy is a silver bullet. As everyone knows, the Soviet Union was also democratized.

The book cites an example of a lunch canteen: In order to demonstrate democracy, the school allows students to vote on what to eat for lunch. As a result, if students are not rational enough to end up eating less healthy potato chips, fried chicken, and coke, it means that the decision-making of the democratic process has come out badly.

Similar examples include the Brexit referendum. Many times people’s emotions are easily incited. In this case, democratic voting does not mean that the optimal solution can be selected.

Democracy also requires everyone to abide by the spirit of the contract. The book cites the example of Thailand. Because of the rivalry between the Sequoia Army and the Yellow Shirt Army, no matter which side of the candidate is legally selected, the other side will disregard legal rules to protest violently. In the end, democracy in Thailand has essentially failed, and the military has been in power to this day.

Does that mean that democracy is not important? No, but democracy is only the raw material. To make a dish, other factors that are more important than democracy must also be satisfied.

If there’s one thing the world can’t agree on with each other, it’s values.

The book also lists the differences in the evaluation of different values ​​in these three cultures.

One case that struck me in the book was: honor killings. Some countries in Muslim culture will kill someone who violates the cultural prohibition in private, and this is called honor killing. For related content, see: Expose the cancer hidden in Middle Eastern society – “Honour Murder”

Another case that stands out to me is a question: Are you willing to fight for your country? 77% of Chinese chose “yes”, while only 30% of Americans chose “yes”. Behind this is everyone’s different sense of identification with the country and the famous ethnic group.

This article is reprinted from: https://blog.devtang.com/2022/07/27/politics-is-the-art-of-the-possible-book-summary/
This site is for inclusion only, and the copyright belongs to the original author.