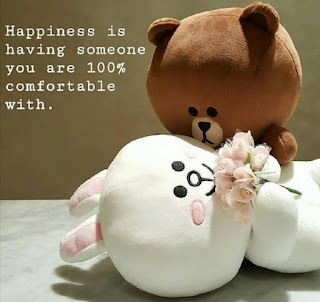 May, who doesn’t like drinking, who dares to drink, he will stop them all.

In addition to surprises for May on special days such as birthdays and festivals, he usually cooks by himself, and also allows May to earn enough face in front of friends.

He is handsome and has a wealthy family. He loves fitness, or reads a lot of books. He often takes May on a trip that he wants to leave.

And this him, like the male lead in a TV series, can’t be met, so May only dares to look at it from a distance, and dare not have a trace of delusion.

There is a stalk that says: “What is a male god? It is a man who you know at a glance that you have no relationship with you in this life.”

In front of many competitors, May retreated.

May thought, why not lower the standard and find an 80-point boy.

They may not be as flawless as 100% boys, but they know how to make girls happy and how to behave like gentlemen.

It sounds pretty good, but there is a big problem. The 80-point boy beside May is coveting a 90-point girl. He knew that he still had room for appreciation in the future, so he simply took a gamble to pursue a girl with a higher score. It doesn’t matter if you fail, anyway, you can go back to May to continue the ambiguity.

May was disheartened, saw through everything, and decisively gave up the eighty-five boy.

Not long after, May met Seventy Ten Boys.

It was a Christmas party hosted by her best friend, and he was sitting alone in the corner drinking with an ordinary appearance. At first, May didn’t even notice him.

After three rounds of drinking, he dared to ask May for Whatsapp. May thought about it for a while, and felt that having multiple friends is always a good thing, so she readily agreed.

After that, the Seventy Ten Boys chatted with May every day, intentionally or unintentionally, and May replied politely, not taking it to heart.

Occasionally May would agree to his invitation to go to dinner or watch a movie. Seeing his stupid mouth and blushing face, May couldn’t help laughing.

After a while, the seventy-five boy confessed. He said that in his eyes, May is a 100% goddess.

Although not surprised at all, May, who was still overwhelmed at the moment, neither agreed nor refused, leaving him in a hurry.

He treats May very well, May is not without feelings, but there is a voice in her heart that always haunts——”I deserve a better boy.”

Unwilling to do so, May turned back to find the 80-point boy, because May found that she could never forget him.

Destiny made people, May originally just had the mentality of giving it a try, but unexpectedly he smiled and said to May: “Actually, I have been following you for a long time, let’s be together.”

The ecstatic May was sure that she met Mr. Right, and she kept flashing every three days, wishing the whole world could see her happiness.

“What about the 70-point boy?” One day, May’s best friend suddenly asked.

“Oh, I almost forgot about him if you didn’t mention it. I already have eighty-ten boys, so why bother with him?”

Unfortunately, the good times didn’t last long. One day May accidentally discovered that her boyfriend was still in touch with the ninety percent girl.

At that moment, she came to her senses, what was the difference between the self who was unwilling to settle down and the boy who was in a hurry in front of her?

May not arguing or making a fuss, proposed to break up. No matter how hard the 80-point boy tried to keep her, she made up her mind.

Later, May began to be mean to herself, smoking, drinking, and going to nightclubs. When she met a few 50-point boys who wanted to tease her and wipe her oil, she slapped her when she went up.

Facing the mirror, May was taken aback by her haggard self, “So…I’m no longer that beautiful 80-point girl.”

It’s not that May didn’t think about it, it’s okay to live alone in this life. Unexpectedly, the 70-point boy appeared again.

However, to be precise, he is now a seventy-five boy. He got the accountant qualification certificate and also got the opportunity to work in a big company. His temperament is like being reborn.

“Hi, long time no see, how are you all these years?”

“Not very good, how about you?” May answered honestly.

“Me too. I’ve been miserable ever since you left without saying goodbye.”

May laughed, and he laughed too.

Later, May learned from her best friend that Seventy Points had been a bachelor for four years. May felt guilty for a while, chatted with him for a night, and poured out her sorrows over the years.

He hugged May distressedly, like a rare treasure. In an instant, May realized in a trance how selfish and stupid she was back then.

He took May for a run, signed up for Japanese classes, and studied how to make delicious Dongpo Pork.

With the nourishment of love and the improvement of her daily routine, May was pleasantly surprised to find that she had changed back to that 80-point girl—of course, she should be called an 80-point woman now.

The story is over.

I love you, and you are full marks in my eyes; if I don’t love you, you are a failure in my eyes.

Instead of focusing on what others say about you, why not do something worthwhile and make others look at you differently: “He was indeed a potential stock back then.”

This article is reprinted from: https://mercurychong.blogspot.com/2022/08/blog-post.html
This site is for inclusion only, and the copyright belongs to the original author.