On October 27, 1915, in the Weddell Sea, Antarctica, 28 people, surrounded by cold winds, ice and ocean, were rescuing their sinking ship.

The wooden boat was shattered a little by the floes that gathered in all directions . There were cracks all over the hull, and icy water was pouring in fast through the cracks. The beam of the ship twisted violently, and then completely snapped, making a loud noise like a gun. 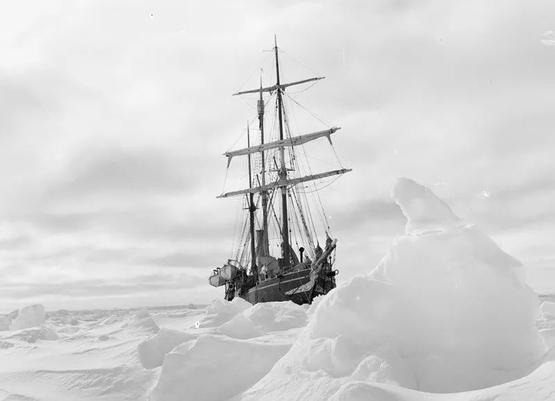 The crew took turns to go into battle, pumping water at full strength with hand-cranked pumps, and using nails and wooden strips to reinforce the temporary cofferdam. They have been working non-stop for nearly 3 days, but their efforts to prevent the flooding have not kept up with the speed of the ship’s collapse .

The order to abandon ship and escape was given at 5 p.m. Everyone knows that this is their only option. On a dead Antarctic ice floe, they lost their ship —not only shelter, but their last connection to civilization.

At this moment, the outside world knows nothing about their desperate situation.

How to survive in Antarctica after losing a ship? | Frank Hurley /Royal Grographic Society

The sunken ship had a somewhat ironic name: Endurance. It carried a British expedition led by explorer Ernest Shackleton . They had planned an unprecedented challenge – across the entire Antarctic continent.

At the beginning of the 20th century, it was the “Heroic Age” of Antarctic exploration. Expedition teams from various countries rushed to the most distant continent. The focus was not on scientific research, but on striving to achieve the milestone of exploration. Shackleton is the man of the moment in this craze. He has made two expeditions to the South Pole before, but unfortunately missed the glory of being the first to reach the South Pole. In order to regain a city, he needs to accomplish even more amazing achievements – the plan to cross the Antarctic continent was born out of this ambition .

Shackleton spent years raising funds, ordering boats, and hand-picking fellow crew members from more than 5,000 enthusiastic applicants. The plan, called the “Imperial Trans-Antarctic Expedition,” was criticized for being “too bold” before it set off, but for the extremely optimistic and confident Shackleton, perhaps that was the only way to satisfy him.

The expedition set off from Plymouth, England, in August 1914, the maiden voyage of the Endurance . Designed for polar expeditions, this 44-meter-long three-masted sailboat is crafted from extra-thick oak. Beyond the sails, it can be powered by a coal-fired steam engine and can sail at sea at speeds of up to 18.9 km/h. At the time, it was probably the strongest wooden ship in the world, and it was believed that it could withstand all tests and lead the expedition to make history.

Even when it was trapped in ice floes, the people on board didn’t realize what a desperate catastrophe they would be greeted with.

On January 18, 1915, Endurance was stuck in the middle of ice floes in the Weddell Sea, Antarctica . Strong winds pushed the ice floes together, and new ice quickly formed around the ship, which was frozen in place like nuts in a chocolate bar.

Sea ice may seem fragile, but it is a formidable obstacle for ships : Not only do they weigh tens of millions of tons themselves, but they also carry the full force of the wind and currents . Modern icebreakers require extra-strengthened engines, or even nuclear power, to navigate the ice floes, and Endurance’s steam engines are clearly not up to the job. Even with full firepower, it was still immobile in place.

After several failed breakouts, Shackleton in February ordered to give up the struggle and let Endurance drift with the ice floes until the ice changed.

Despite the blockage, people were still living a fairly optimistic and positive life at this time . The ship was still warm and safe, and they had ample food reserves. People passed the winter polar nights peacefully, reading and playing music on boats, listening to team photographer Frank Hurley telling stories of his travels, and even holding a dog sled race. Now close companions, this otherwise very different group awaits spring with great anticipation – when they can escape from this ice prison by boat and continue their adventure.

However, they are waiting for a more deadly crisis.

The strong wind continued to squeeze the ice floes, and the pressure transmitted to the hull was also increasing. Even with the extra reinforcement, Endurance couldn’t withstand such a strong squeeze . The wooden ship gradually began to crack, the beams and decks twisted and deformed in the trembling, and the thick wood screamed like a beast as it squeezed.

On October 24th, a new wave of squeezing completely tore the stern of the Endurance, and water rushed in. People tried to stop the water, but more than two days and two nights of rescue were still in vain. Abandoning the ship was the only option.

The 28 people on board escaped onto the ice floes, accompanied by only 3 rescue boats, 49 sled dogs and the rescued cargo in the cabin . The Endurance then sank to the bottom of the ocean, and the Imperial Glory Crusade has since turned into a desperate and difficult escape.

The carefully planned expedition came to nothing, but Shackleton immediately picked up his spirits and led the people to save themselves.

Their original plan was to drag a lifeboat to the edge of the ice floes and then take a boat to the nearest island. However, this plan was quickly defeated by reality . The surface of the ice floes is not only rough, but also covered with thick muddy snow. Even with all their strength, it is difficult for people to drag a boat that weighs nearly a ton far. 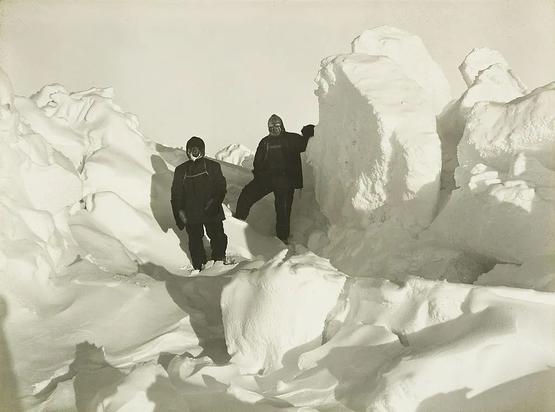 Shackleton stood with second-in-command Frank Wild on a ridge of ice formed by the extrusion. Rough ice floe traps people in it | Frank Hurley

Once again, people were trapped in the ice floes, camping in place and waiting for the situation to turn around—for another five months.

The long wait sapped people’s will, and even the extremely optimistic Shackleton revealed growing anxiety in his diary . People rely on hunting seals and penguins to survive, but there is less and less prey on the ice. To solve the food crisis, Shackleton had to order the sled dogs to be killed in batches . People lined up the dogs, took them behind the iceberg one by one and shot them with pistols. The sled dogs, seemingly unaware of their fate, follow their masters with wagging tails toward their own demise.

It was not until April 1916 that the loose ice floes finally opened a temporary waterway to the outside world . At 1:30 p.m. on April 8, they boarded three small boats and began to row away.

Life on a lifeboat is more uncomfortable than an ice floe camp. People were busy sheltering from the wind and waves day and night, and their tired bodies were completely soaked by the icy waters. However, thanks to Captain Worsley’s excellent navigation, the three small boats managed to reach their destination – an uninhabited island called “Elephant Island” .

However, this can only be said to avoid imminent death. There are no boats passing around Elephant Island. To really find rescue, Shackleton will have to set sail again and head to South Georgia Island, 1,300 kilometers to the northeast, where there is a whaling station, not only human activities, but also boats can be borrowed. .

But to get to South Georgia, you must first cross the most dangerous sea in the world: the Drake Passage . 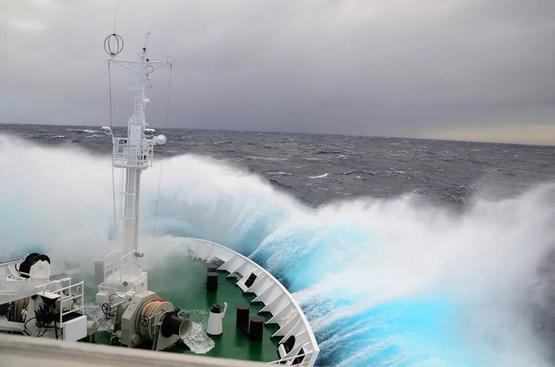 The Antarctic is far colder and harsher than the North Pole, in part because of the Antarctic Gyre—the powerful ocean currents that circle the Antarctic continent, never stopping end to end, keeping out the remnants of warmth. The narrowest sea area that the Antarctic circulation passes through is the Drake Passage. The water here is turbulent, with hundreds of millions of cubic meters of seawater pouring in every second. It is full of 9-level winds and waves up to 30 meters high all the year round . In Shackleton’s hands, only an open sailboat with a length of less than 7 meters. This is an almost impossible task, but it is their only hope of survival. 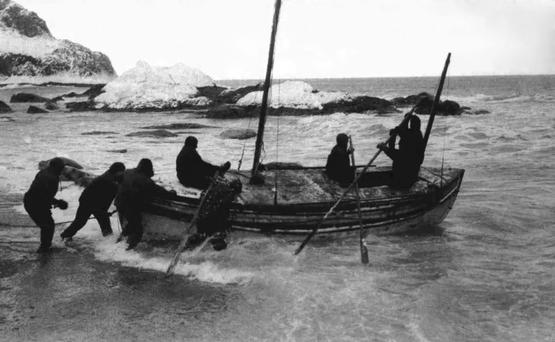 On April 24, 1916, a 6-man team led by Shackleton set sail for South Georgia Island, while the remaining 22 stayed where they were waiting for their companions to return . With the exception of the brief sunny days, most of the journey was occupied by strong winds and waves, and the boat was almost overturned by the waves at least a thousand times. Here, Shackleton encountered the biggest wave in his 26-year sailing career, and he even mistook the towering wave crest for the sky at midnight. The boat was lifted by the waves and thrown like a toy, half-filled with sea water at one point – but it still miraculously floated to the surface.

The boat lost its anchor and rudder in the battle against the wind and waves, and the 6-man team was pushed to the brink of mental breakdown by the cold and pain. But they managed to reach the southern shore of South Georgia Island 16 days later.

This journey was one of the greatest small boat voyages in human history, and it was later known as the “JAMES KELDER JOURNEY” .

The whaling station is on the other side of South Georgia Island, and it took Shackleton and two crew members a full 36 hours to climb the steep cliffs in the island’s interior before finally finding rescue .

They quickly picked up the three people who were waiting on the southern side of South Georgia Island, but it took more than three months to rescue the other 22 people who remained on Koh Chang due to ice floes and wind and waves.

On August 30, 1916, the crew who had been stranded on Koh Chang for 4 months finally waited for the rescue ship . A small boat descended from the big boat, and then a familiar person climbed down the ladder from the boat – it was the “boss” Shackleton they had been looking forward to day and night. 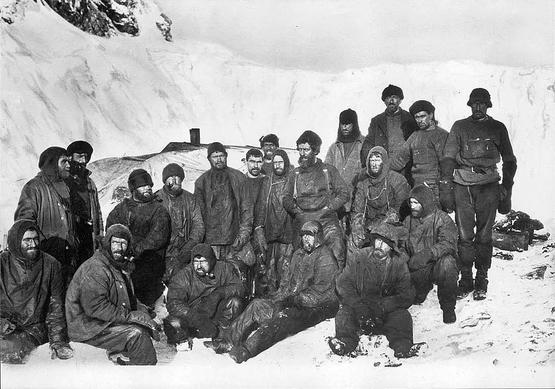 “Are you all right?” Shackleton, who was docked in a small boat, shouted from the bow.

“It’s all good!” the crew responded. They saw a smile light up Shackleton’s face.

After a year and seven months of their initial siege by ice floes, all 28 people aboard the Endurance were finally rescued and returned to their familiar world.

It is not the ship made of oak that endures, but the human will of steel.

This article is reproduced from: http://www.guokr.com/article/461871/
This site is for inclusion only, and the copyright belongs to the original author.